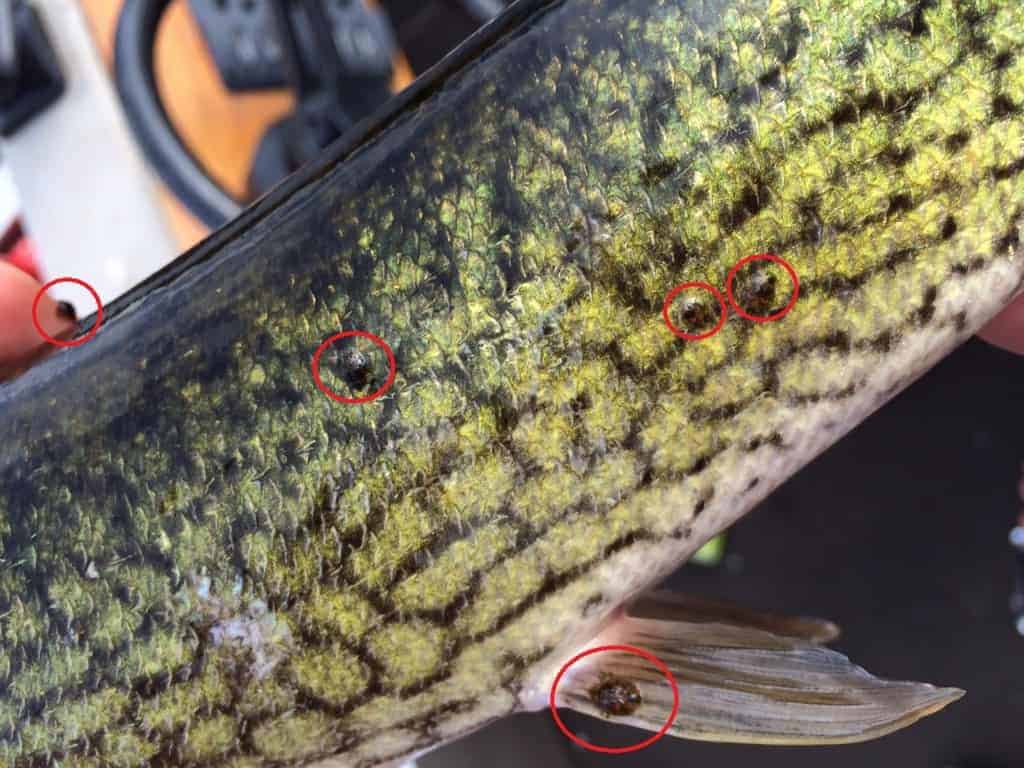 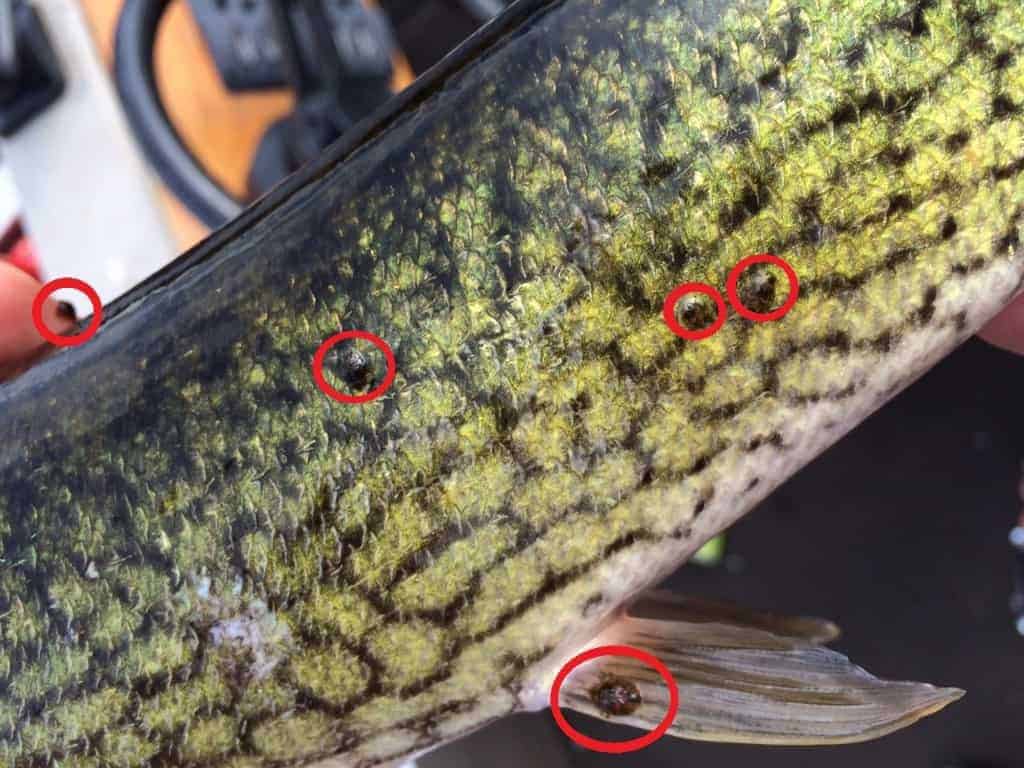 A few weeks ago I wrote that I’d caught a few fish that had little critters crawling all over them. The sight of the buggers was surprising to me as I had never seen them before. If you remember,  I decided to reach out to the Inland Fisheries Division with the New Hampshire Fish and Game Department to see if they could provide any insight on my personal discovery. They didn’t let me down, and their response gives me some hope I may catch a few more fish than normal this year!

Matthew Pehrson, a technician with the Inland Fisheries Division, was nice enough to provide the following thorough response:

“Known as a common Fish Louse Argulus foliaceus, it is commonly found in eutrophic lakes throughout North America. This species has a really interesting life cycle here in the northeast. This crustacean will be present parasitizing fish during all four seasons. With increasing water temperature you might see increased activity in the late spring. Adults are extremely active seeking out a host fish to provide essential nutrients for reproduction. Females will lay their eggs covered in a jelly like coat on macrophytes (shore line aquatic vegetation) preferably in shaded areas. Adults must return to a host fish quickly or else they will perish from starvation.

This dependence on a host fish forces them to take any opportunity that is available, this is why fish species common to littoral zone habitats normally acquire high infestations (Largemouth bass, pickerel, sunfish ect.). Studies have shown an increase in abundance of these crustaceans could be associated with an increase in host fish populations. Even though they are not beneficial for the health of the fish, it could be indicating a healthy increase in of largemouth bass, pickerel, sunfish ect. populations in a water body. It is rare that fish louse will cause mortality in wild fish populations but it could happen in sensitive macro ecosystems. Fish louse are not associated with concern to human health.”

I was also provided with a number of references:

So, that’s it. I guess fish lice are nothing to worry about and may even indicate an increase in fish populations. I think it’s time I go bait a hook!