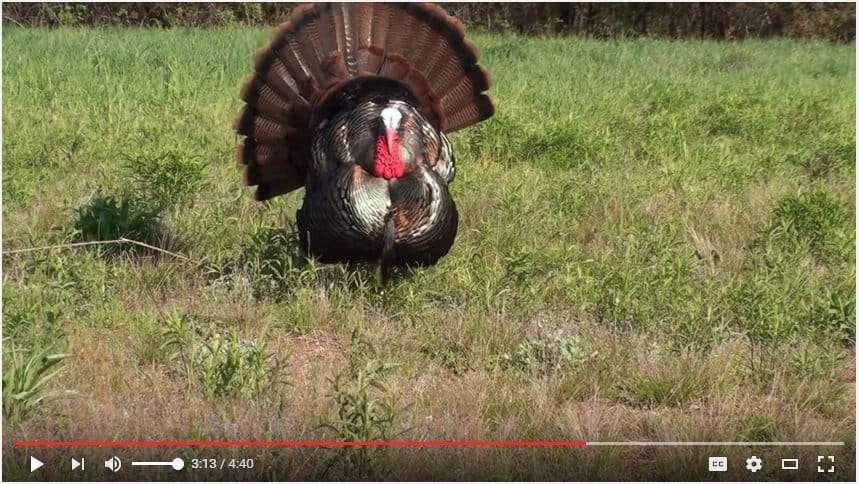 I didn’t get out as much as wanted to, but I was able to hunt enough times to know that I’ll be back. It was a lot of fun. As a newbie to the sport, I learned a few tips I’ll carry with me into next season if I can remember them by then – eleven months is a long time to remember something.

I was hoping to get out in the late season but for a number of excuses reasons I wasn’t able to. First, against my better judgment, I let myself down by allowing my work responsibilities to take precedence over hunting. That better not happen during deer season or I’ll be very upset, and I hate being upset. Second, I was feeling a little under the weather this past week and felt it would not have been smart to get up at 3:00 a.m. (why even go to bed the night before?) to go chase a dumb bird around a hillside somewhere. Plus, my in-laws were due to arrive Sunday night for a week-long visit.

Speaking of my in-laws, that leads me to my third and final excuse reason for not getting out one more time. They are great people and I couldn’t be more blessed to have them for in-laws, but they don’t hunt, which is something I’ll never understand. This has led to many moments in my eleven years of marriage to their beautiful daughter where I’ve had to take time to teach her the finer points of hunting which should have been taught to her at a young age. The bulk of this educational process took place in the beginning of our marriage. I thought after all this time that we had progressed past some basic tenets of hunting, but I was wrong. A refresher course was needed, and I relearned that 3:00 a.m. is not the time to explain the importance of why my alarm went off at 3:00 a.m. I guess we are both still learning. But I digress. I didn’t go hunting on the last two mornings because I didn’t want to be rude to my guests – that was the third reason.

I am proud to say I secured a number of turkey hunting related items I’ll be able to use again next year. I now own a facemask, a turkey call, a hen decoy I named Shells (she’s pretty cute), and $53.97 of twelve gauge turkey loads for a gun I don’t own. But check it out, now when I buy my own twelve gauge shotgun I’ll be able to tell my wife it’s on sale because I’ll save $53.97 when I buy it!

In all seriousness (was I not serious before?), I really wanted to shoot a bird, especially after missing one the first morning. What a disaster that hunt turned out to be, but I hear a couple of people enjoyed reading about my failure so there is some solace in that. On my second hunt, which was my first solo hunt, I was able to get a bird to respond to my pathetic calling attempts. He never came in close enough, but it was really cool and solidified my desire to one day shoot a spring turkey. Hopefully next year I’ll be able to hunt a few more times and fill one of my tags.

Just for fun, I picked out a couple of turkey hunts I came across on YouTube and thought I’d share them here for your enjoyment.

Come along with Josh from Northeast Bowhunting as he takes down a big Massachusetts Tom Turkey with a bow!

In this video, Nate from 2GuyzFishing guides Teddy on his last youth hunt. Way to stick with it and score on a nice turkey guys!

This video of a Vermont Youth Turkey hunt has everything you are looking for – adrenaline, nonstop gobbling, and fantastic excitement from the youth hunter and his mentor. You have to watch it!

Thanks for sharing what the 90% of hunters experience with most hunts, especially new hunters. I feel more confident as a turkey hunter reading about others who still have the passion without securing any turkey meat. It’s a big club !
Next year…!