It seems that all the momentum I was carrying with me from my success in New Hampshire came to a screeching halt when the sun rose on opening day of rifle in Vermont. So far, I have logged 25 hours in the woods and I have yet to see a deer. Yes, that’s right; I have not seen a deer. In fact, there have only been three deer sightings between the combined 101 hours in the woods for our hunting party. That’s not exactly great, but to be honest, it’s typical of where we hunt. 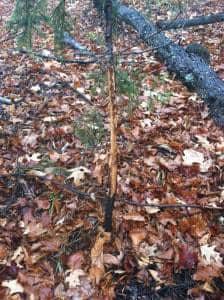 Once again, I took a day off to go hunting. Although there is another week left in the season, Josh was running out of available days to hunt so when he said he was taking the day off on Friday Dad and I were right there with him. We planned on a cookout for lunch and the night before I gathered up the food which included homemade stew filled with ground venison. Good thing, because other than the jerky I took for a snack that would be the only venison I saw.

The biggest surprise for the weekend was the weather. I went to bed Thursday night expecting Friday to be a nice dry day and awoke to rain and dense fog. It poured on and off until 10:30 but it made for great still hunting. I worked the same strategy as the week before fully expecting to see something but it was not meant to be. Even switching up the coffee in my thermos to hot cocoa did me no good. 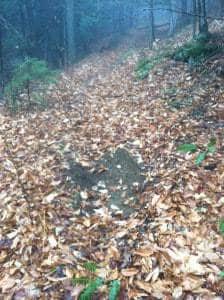 This scrape is here every year and is approximately 2′ wide by 3′ long.

I dropped 200 to 300 feet in elevation and worked my way down to an old logging road that has a scrape on it every year. On the way down to the logging road I checked an area we refer to as “The Oak Shelf” that has been a hot spot when there’s been a good crop of acorns. I found a couple rubs made earlier in the year and a fresh deer trail that lead out the back of the shelf and up the hill. Finding the recent sign was a positive development but it didn’t change the fact that I hadn’t seen a deer. I continued on to the logging road and sure enough there was a big scrape just like every year. It looked as though it had been worked recently but I’ve read this book before and the story never ends the way I wish it would.

Josh, Dad and I met up for lunch around 11:30. Josh had been sitting in a the same treestand that he spent all of opening day in and Dad had been set up in a ground blind overlooking some hardwoods. Both of them had come up empty handed as well. After eating lunch and drying our gloves and hats over the little camp burner Dad decided to take a short snooze. In the meantime, Josh and I hopped on the 4 wheeler and headed to check two trail camera’s we set up the week before.  The cameras had captured deer at 6 different times over the previous week and three of them had been of bucks. Two pictures were of the same spike horn (on different cameras) during daylight hours and one picture was of a decent legal buck – a basket racked 4 point. 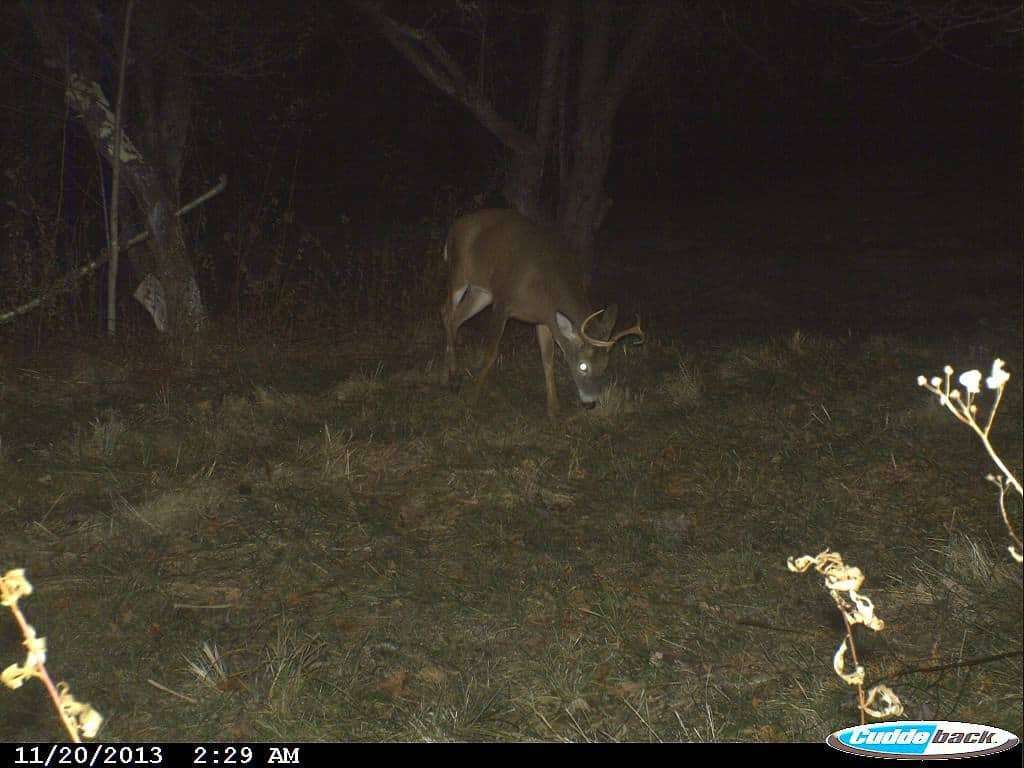 After a check of the cameras, Josh and I decided to check out an area we rarely hunt in hopes of catching a bedded deer. We split up and we each went in opposite directions for about 100 yards cautiously looking over the steep hillside. One of us spooked a deer and it ran by Josh who caught a glimpse of the body. After a combined 65 hours we had our first sighting.

After lunch Josh climbed back into his climber and around 3pm saw the spike horn we had on camera. Apparently he is on quite a schedule having appeared on camera at 2:30 pm and 3:36 pm. It walked by him at 40 yards but Josh couldn’t grow another point to make him legal. Oh well, at least he saw a deer. Dad and I were both skunked for the afternoon hunt and Josh didn’t see another deer after the spike walked out of sight. 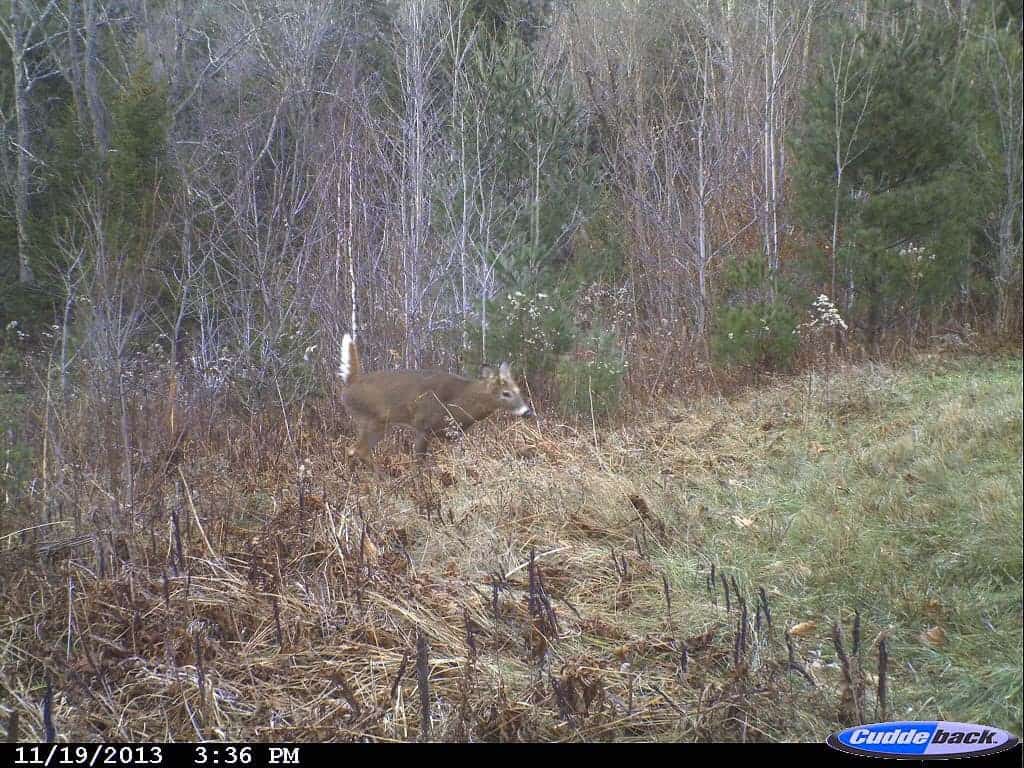 The three of us returned on Saturday morning for another round. I spent the first couple hours overlooking the area where Josh and I had jumped the deer, but the wind was ferocious and the hot chocolate was not enough to take the bite off so I moved to a different location out of the wind. Plus, I hadn’t gotten all the soap off the thermos when I washed it the night before. Dawn dish soap and hot chocolate don’t mix but I drank it all anyway because I was so cold.

Josh was back in the same tree again and had a different spike walk by him at 25 yards away. He was a big bodied fellow but with only 2” spikes he was not legal either. Oh well, if he survives the winter he’ll be legal next year. Josh had to leave at 9 but Dad and I stayed the rest of the morning and neither of us saw anything.

Saturday morning was my last chance for the weekend. Lord willing I’ll be back at it next Friday, which will give me four full days to prepare myself to not see anything. There is just something about this place, though. As evidenced by the rubs and scrapes it’s hard to deny that the big boys are here. With enough persistence, mixed with a little luck, I might just run into one of them. Only time will tell!