Vermont Moose Lottery – So You’re Telling Me There’s a Chance?! 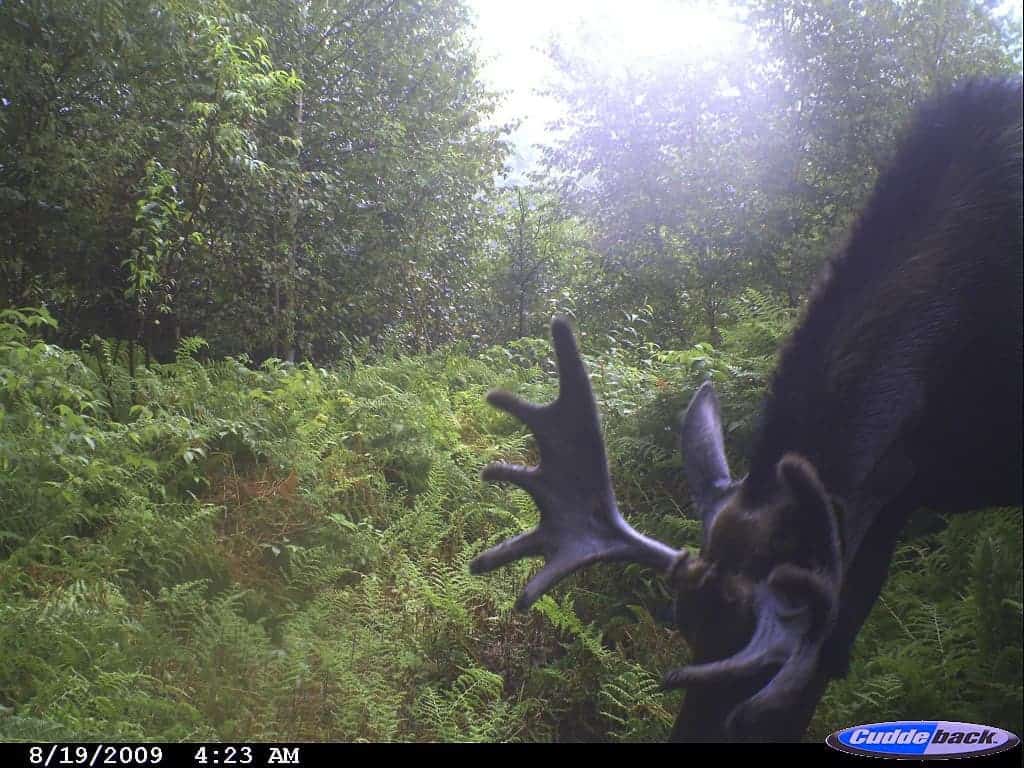 Well, it’s happened again. Once again, I’ve let myself get excited over the upcoming Vermont Moose lottery drawing. This Thursday morning I will pop out of bed with a little extra pep in my step thanks to the anticipation of possibly hearing my name called live on the radio as a lucky winner. Just like last year, the drawing will be held live on Froggy 100.9 and online at froggy1009.com which means I will spend two hours of my day focused on the drawing instead of focused on my job.

It’s a dream hunt for a Vermont boy like me. Visions of a big bull charging through the woods on a brisk October day dominate my mind during these days leading up to the drawing. I’ve just about had a complete mental shut down as a result. I don’t want to even think about how useless I’ll be if I actually win. Just the other day I informed my wife that I would be gone every Saturday between now and October if my name is drawn. It’s doubtful I’ll even have time to mow the lawn again this year. That didn’t go over well, but maybe a nice bouquet of flowers will help the situation. I’ll cross that bridge when I get there.

The modern day moose season in Vermont actually began back in 1993. During that season, 25 of 30 lottery winners successfully connected with a moose. Aren’t they a lucky bunch? Back in 1993 I killed my first whitetail which was about as lucky as winning the moose lottery. A beautiful stud of a buck, his one-point frame still graces the walls of my basement today. I’d have the “rack” hung on the wall over the head of my bed if I could, but the bed I sleep in does not belong to me, I have learned. It belongs to my wife and I have decided that hanging a dried out skull on the wall in place of a nice painting is not worth the consequences. But moose antlers on the other hand…

Read about Moose in Vermont Here

Let’s be honest, the probability of winning the lottery is not good. In fact, it stinks. Last year, 1,371 residents applied for an archery permit and only 47 were chosen. That’s a 3.4% success rate. However, I think my chances of winning (and yours) are even worse than that because of the bonus point system. If you are not familiar with bonus points it’s because you are one of the jerks that wins every time you apply for a permit. If you are familiar with it, you know that a bonus point is given each time you apply and do not win, supposedly increasing your chances of drawing the following year. This year I have five bonus points in the drawing and I’m sure I’m not alone. Many of the applicants probably have more than me which decreases my chances from 3.4% even more. Sigh.

To depress you further, let’s look at my probability of actually winning the lottery and successfully shooting a moose.  Last year, 41% of archery lottery winners successfully harvested a moose. Based on those numbers, that gives me 1.39% chance of shooting a moose as an archery applicant (3.4% chance of drawing x 41% success rate). Of course, this year even fewer permits will be given out than last year so that makes my chances even worse. On the positive side, my wife will not have to worry about moose antlers over the bed anytime soon. Not that she was anyway….

One would think that all of these depressing facts would depress me; they are, after all, depressing. But they don’t because the hope of winning is still there every year I enter the lottery. Good thing I’m not a gambler.  Jim Carrey summed up my attitude best in the movie Dumb and Dumber when he was having a conversation with his crush, Mary. Watch the following clip and pretend that Mary works for Vermont Fish and Wildlife and he is asking about the chances of drawing a moose permit this Thursday.

[hana-code-insert name=’What Are my Chances’ /]

So you’re telling me there’s a chance! That is exactly why I’ll be tuning in this Thursday on Froggy 100.9 to hear my name called. I’ll be living the dream before I know it. At least, that’s what I tell myself every year.

In all seriousness, good luck to each one of you who entered the lottery. May the odds be ever in your favor… Right after I hear my name I’ll be cheering for you.

You’ve done it again – you made it through yet another blog post. Thank you. If you haven’t subscribed to The 4 Pointer I invite you to do so. You can do that here: Subscribe. Also, check it out on Facebook by Clicking here: Facebook

So you think there’s a chance? If you win, maybe the Red Sox will too!