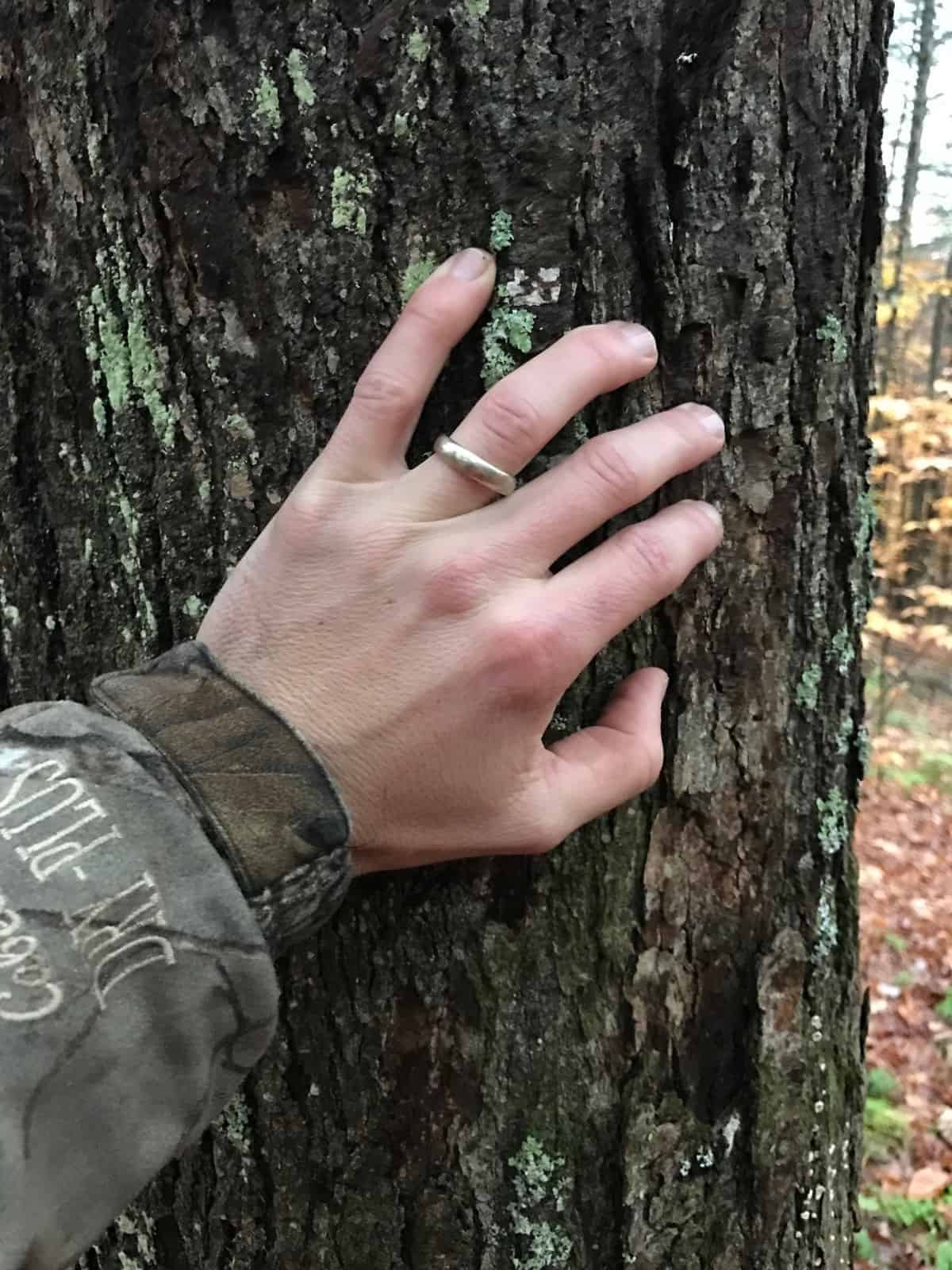 I used to think that Tom Hank’s friend, Wilson, in the movie Castaway was rather strange. Who names a volleyball? That all changed this year when I met a tree named John while hunting. Our situations were similar, Tom’s and mine. He was on a remote island surround by nothing, and I was in my deer stand surrounded by nothing. So crazy!

Friendship is not something that can be forced, it must happen naturally. It wasn’t until my third or fourth hunt in the area that I noticed John. I looked up from my pantsless position I’d taken against a nearby tree to see him staring right at me. Talk about embarrassing! Once I dressed, I made my way over to him and tried to act like nothing happened.

We didn’t speak for a long time. How do you break the silence after something like that? Fortunately for me, John had a sense a humor and we laughed it off.

“You think that’s bad?” he said. “You should see what happens here during the middle of the night.”

I wasn’t actually asking him to tell me about it, but the tone of my voice must have gone right over his head. He proceeded to launch into an endless progression of stories about deer pooping incessantly at the base of his tree, bucks making scrapes and rubs as far as he could see as well as performing unspeakable acts with does all around him.

Once he started talking I couldn’t shut him up. More stories about woodland critters followed. Moose, bear, coyotes, and porcupines – he had stories about all of them. He even claimed mountain lions had passed by. What a storyteller.

I was well aware of the mountain lions, but his stories of the bucks I didn’t believe.

There was something about John that kept me coming back. Perhaps it was his sheer size that provided cover for me while I sat on my island surrounded by nothingness. Maybe it was the stories he told or the hugs that he gave each time I leaned on him for encouragement during the season. I felt so alone, yet he made me feel hopeful.

I’d be lying if I said I didn’t start to doubt his stories by the end of the season, however. The sheer number of deer he talked about seemed too good to be true. The bucks he described were the kind you’d see on one of those popular hunting shows on TV. After months of listening, I finally couldn’t take it anymore and lost it with him on the last day of the season.

“John, you tell me these stories of bucks and does, bobcats and bears, and a whole host of other animals and I haven’t seen a single one of them! Remember what I was doing the first day we met?! That’s what you’re full of! Right up to your crown! I’m having a hard time believing anything you say! I trusted you when you told me I was in the right place!”

“Oh no, you’re in the right place,” he confirmed calmly like only a mature tree could. “You’re just not here at the right time. You want to be here between 10 p.m. and 2 a.m. That’s when it all happens. My friend Carl the oak has the deer around him during the daylight. He’s on the next ridge over.”

At least now I know where to hunt next year.