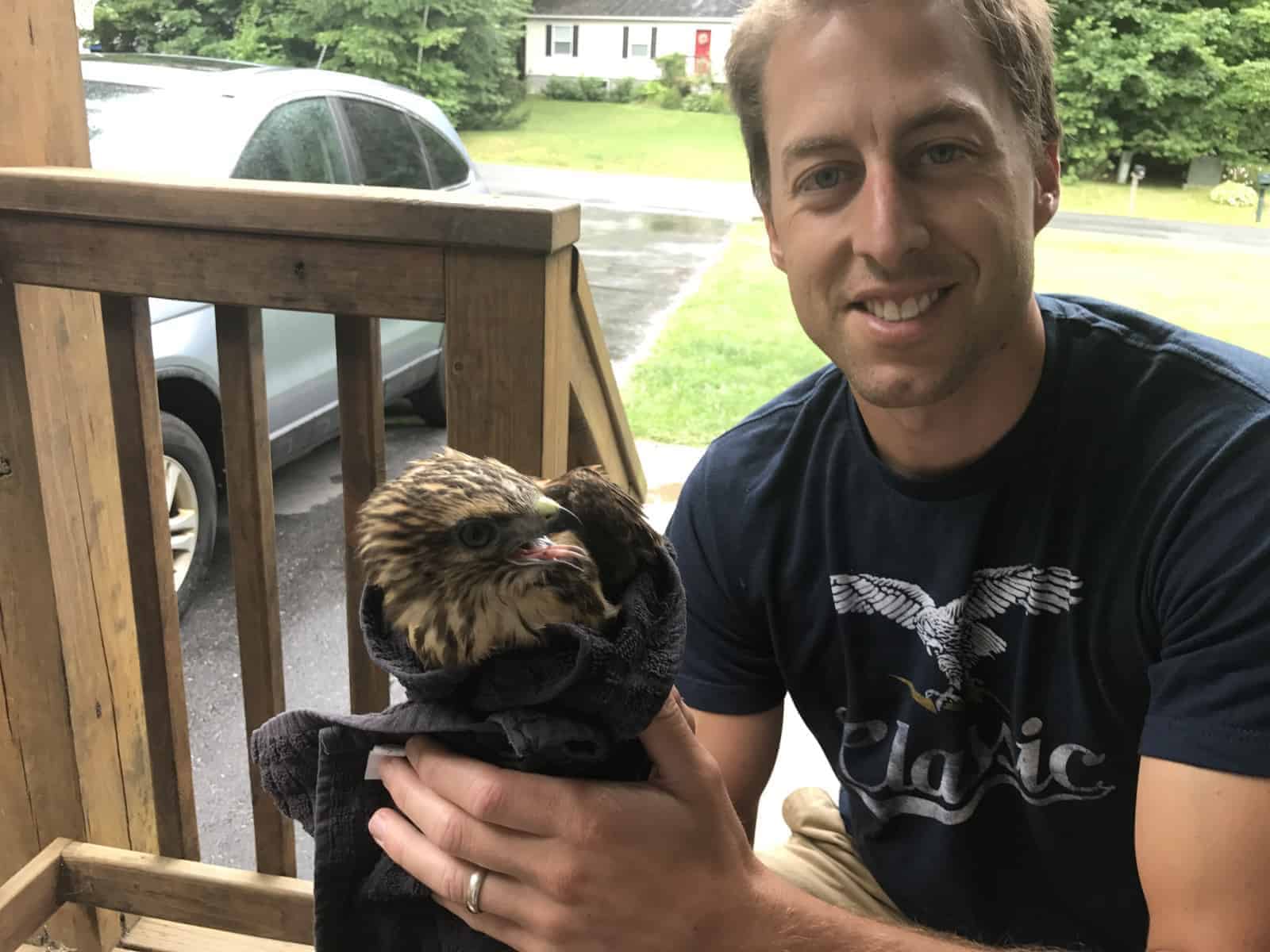 My increase in concern over how much time I’ll have to hunt this fall is inversely related to the decrease in time until Baby Biebel arrives. My concern hit an all-time high this past weekend when I made my first scouting trip of the season. It’s hard to adequately describe the feelings of anticipation that I feel when standing over a pile of deer poop in an acorn infested stand of oaks. Knowing Mr. Big roams through this area, even if at night, is enough to get my heart rate up. That, and the mile-long hike to get there. 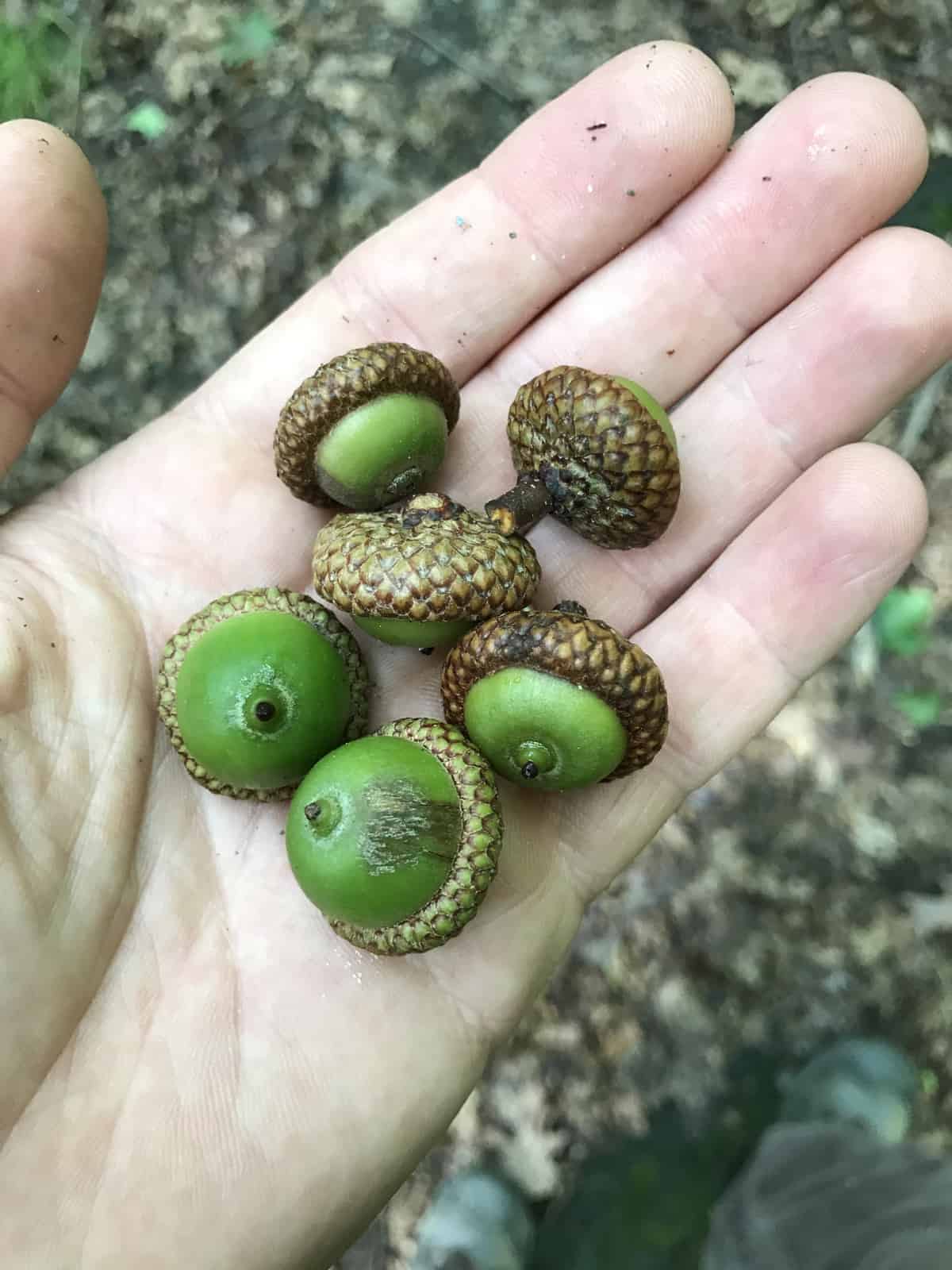 My initial assessment is that it’s going to be another tough year of patterning the deer. Hickory trees are loaded with nuts, as are the oaks. The apple trees are no different. The good news is that the deer should be moving about the same as last year. That bad news is that I never figured them out last year.

I placed one camera on a classic mid-summer to early fall deer trail that is present every year. I’ve never put a camera there before, mostly for fear of it being stolen, but my curiosity got the best of me this time. The trail follows a ridgeline and eventually wanders downhill in the direction the deer go to bed down. Before the trail takes a steep dive over a hill there is a stand of mature hickory trees that always has a lot of early season activity. This year should be no different.

The next stop was a bedding area so thick an elephant could hide in it. I don’t expect to get many pictures on that camera, but it’s another one of those spots that I’ve always wondered about. If I don’t get any pictures, I’ll have ruled out another suspicion and I can focus my time somewhere else. If I get a picture, it’ll be cool. Show me someone else who got an elephant on a trail camera in New England.

My last location is a mature stand of oak trees. This spot had the most deer sign by far and will likely be where I spend my early season, as long as Baby Biebel doesn’t arrive before the September 24th due date. It makes me nervous just thinking about it.

Two weekends ago my neighbor called me to tell me they had an injured bird in their yard. Sam and I walked over to inspect the situation and it turned out to be a Broad Winged Hawk. I called the folks at the Vermont Institute of Natural Science (VINS) to see if they were interested in rehabbing the poor fellow. Thankfully, they were, so we dropped him off later that morning.

I learned a lot about Broad Winged Hawks that day. I had no idea they migrated in flocks (known as “kettles”) containing thousands of birds to Central and South America every fall. They have been known to cover 69 miles per day during the migration! Click here to learn more fun facts: Broad Winged Hawks.

The diagnosis from the VINS crew was that the poor fellow probably bonked his head on something hard. He had a little blood in his mouth and seemed a bit dazed, but he had no broken bones from what they could tell. They think he will be fine in a couple weeks and will call when he’s ready to be released back into the wilds of Vermont. I’ll keep you posted.

While we dropped what we were doing that Saturday morning to drive a banged up hawk to a rehab center, it dawned on me how odd it must seem to folks that don’t understand hunting how I could kill animals when hunting yet also spend time and money to save a hawk. It’s a strange thing I fear they will never understand, but I also think it’s a natural feeling most hunters have. There is a desire to kill and eat, yet also one to preserve. Even now it must be a strange dichotomy for anti-hunters to read of my trail camera “traps” designed to aid me in the taking of a life, yet only a few paragraphs lower to read of the efforts that went into saving the life of an injured hawk.

Other than the trail cameras and the hawk, most of my summer has been spent working on my house. Once I finished the basement space, I turned my attention to freshening up the spare bedroom so we could move Sam in there. We needed to make room for the arrival of his baby brother or sister who will take up residence in his old room, which is better suited for tiny humans. Plus, in his new bedroom, there is space enough to hang a set of caribou antlers over his bed. He thinks that is pretty cool.

I’m ready to be done with all this home improvement business. In a few more weeks I should be about 95% done with all the projects. In our house that might as well be considered 100% complete because that’s the way it’ll probably stay for the next eight years, especially with hunting season and the arrival of a new baby drawing nigh.

One month from tomorrow and the season opens in New Hampshire! It’s hard to believe it’s amlost here already.