To Kill a Jackrabbit 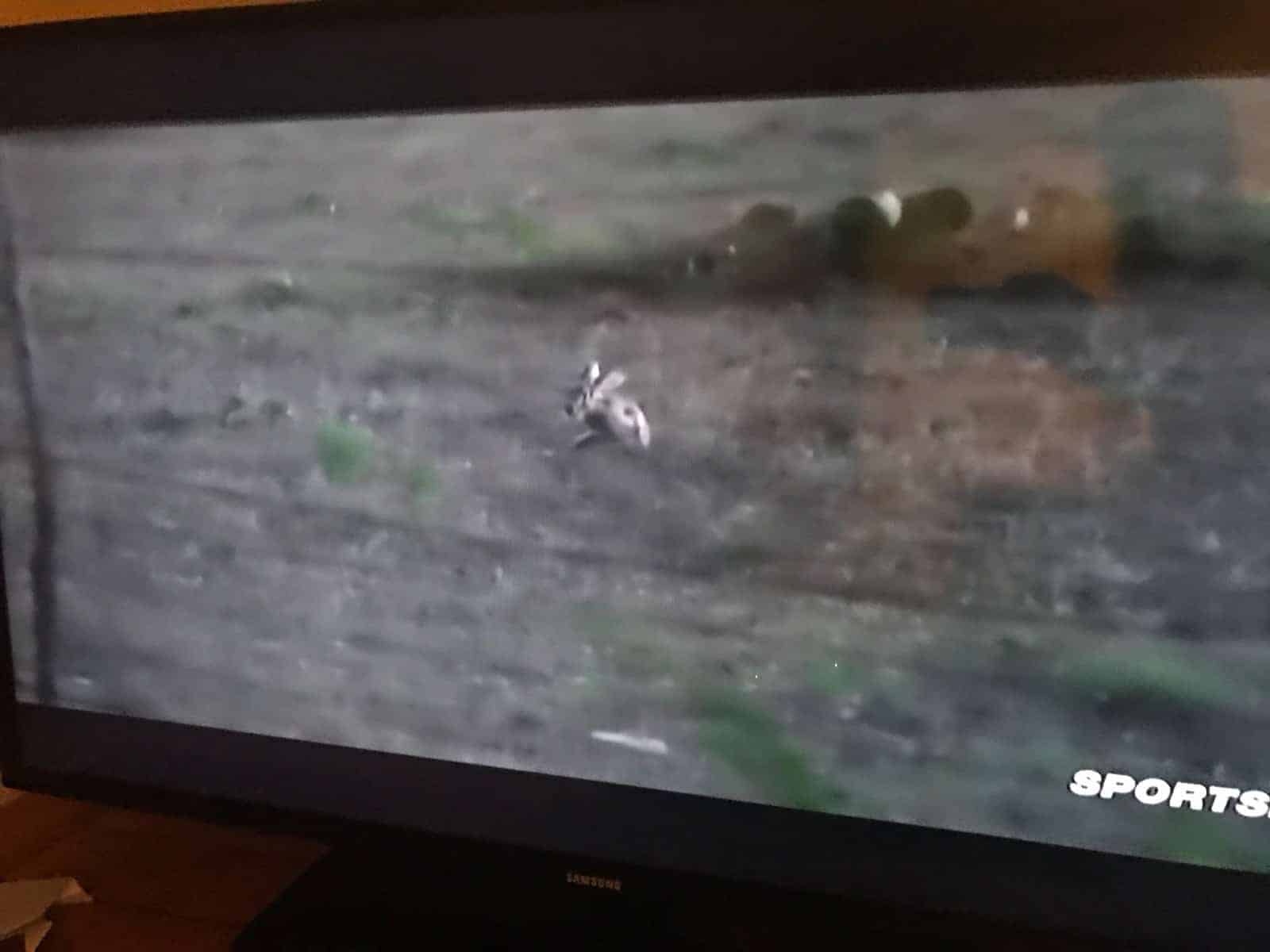 To make amends with their favorite customer, my least favorite cable provider gave me an additional forty channels for free after months of poor service complaints. Included in the additional package were the Outdoor Channel and Sportsman Channel. So much for my New Year resolution to watch less TV.

Having only been marginally exposed to what these channels offer for programming in the past, I have been somewhat disappointed at what I’ve seen. The commercialization of hunting has always irked me a little. If they hadn’t had that $300 cooler back in the truck, would they have not been able to shoot the big buck that was on a daily ritual of arriving at the food plot each evening at five? What about that expensive little device that purifies the air around your deer stand? According to show hosts, you can’t hunt without that or you’re not doing it right. Tell that to the chain smoking, flannel jacket clad hunters posing in the pile of old pictures I have in my files. They might disagree.

So sure, that aspect of hunting shows bugs me, but not nearly as much as what I saw the other night. I turned on the TV after popping a fresh batch of popcorn and flipped it to one of those hunting channels. I won’t name the show that was on, but you could probably guess it if I told you the host was a guy that parades around acting angry all the time and shoots a lot of pigs. I’m going to guess that his personality and mine wouldn’t exactly connect if we ended up in the same hunting camp someday.

The host had a guest on his show that was there to shoot an elk but wasn’t having any luck. While they were out riding around they came across a big jackrabbit sitting in the field. The guest decides he’s going to shoot it with his .338 Lapua he’d brought to hunt elk, and probably because a sponsor suggested he use it. (I don’t know that for sure – just going out on a limb based on the number of times I heard the name of the gun mentioned during the course of the show.)

Sure enough, without exiting the rig, he steadies the gun and blasts the unsuspecting jackrabbit into multiple pieces. Laughter ensues. There was such joy all around, except for the host during the next cutaway who was acting angry at the fact that his guest was out blasting jackrabbits instead of hunting elk. Let’s be clear- he wasn’t angry the guy shot the rabbit for no reason. If he was, he wouldn’t have shown it on the show.

Look, I like to hunt as much as the next guy. I like the thrill of the chase and the adrenaline rush the moment before pulling the trigger on an animal. If I said otherwise, I’d be lying. But I have to call out this unsportsmanlike act of shooting an animal for no other reason than for pure entertainment and to produce a show that can fill a thirty-minute block of time. An animal was shot that won’t be used in any way in order to make money off of the “entertainment” value. That’s not right, and glorified acts like this are exactly why our rights as sportsmen and women are under attack like never before.

Here in Vermont we have been dealing with anti-hunting groups that are hell-bent on putting an end to hunting. What I don’t understand is why certain individuals feel the need to further the anti’s agenda by constantly antagonizing them by posting gruesome pictures of the dead animals on their forums or Facebook groups. Those pictures then become a rallying cry for anti’s everywhere. “See! Hunters are nothing more than barbarians who don’t care about the wildlife.”

Rational people understand that there are a few bad apples in every bunch, but we don’t seem to live in an age filled with rational people anymore. Emotion rules the day, and those that are otherwise neutral to hunting can be convinced it’s an evil activity thanks to the visible actions of a few idiots. The facts are that outdoorsmen and women care deeply about the animals they hunt (something an anti-hunter has a hard time understanding) and we have contributed far and away more to conservation that any other group. Pittman-Robertson Act anyone? Let’s not fog in a mountain of facts that support the current methods of wildlife management by portraying ourselves as barbarians. Because as the facts show, we are not.

Be ever vigilant with your actions or you may end up killing more than just a jackrabbit.

Thanks for taking the time to read my rant. Feel free to share with your friends!

I didn’t watch a single show on CBS for nearly 20 years after they aired a show called The Guns of Autumn which portrayed hunters as idiots. I agree Tim, there is enough idiocy in the world and as hunters we should hold ourselves to a higher standard. There’s a big difference between hunting and killing. Maybe you should “out” the show and the sponsors so we can write to them to express our displeasure with them using idiots as entertainment. Save that for the reality TV shows.