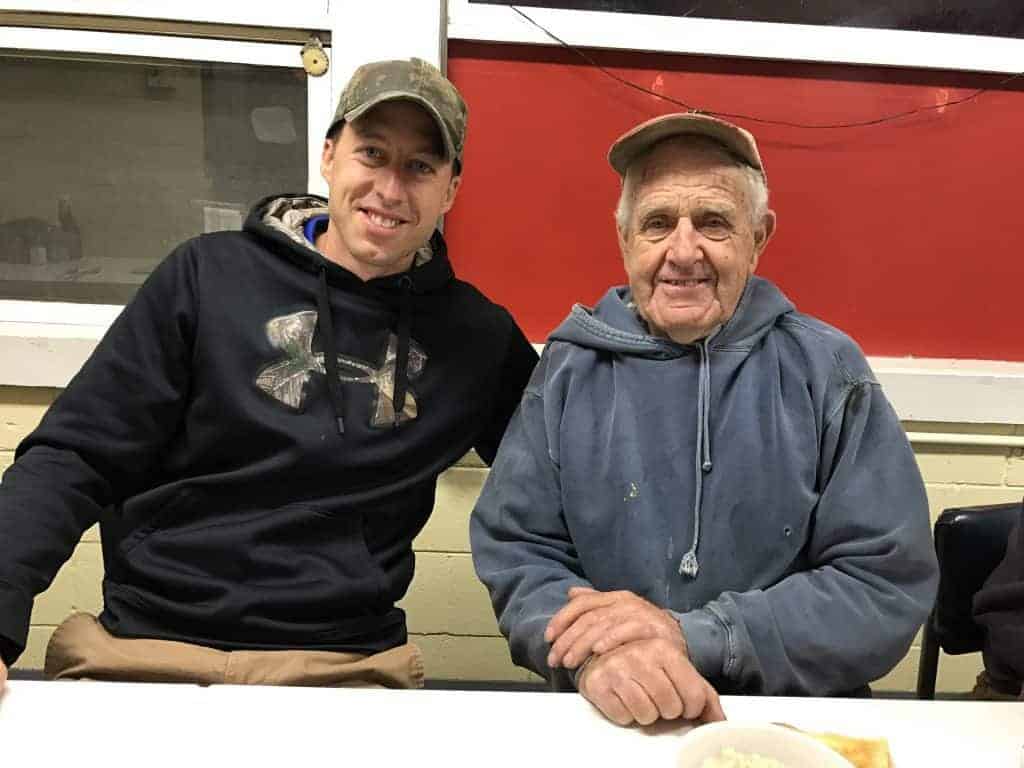 It’s hard to believe that I am rapidly approaching the conclusion of my first six months on the Vermont Fish and Wildlife Board. It is amazing how time flies. While I’ve never felt this blog was the place to discuss Board matters, there is one particular constituent of mine that has been very vocal to me with his thoughts related to Vermont’s wildlife since learning of my appointment, and it is time I write about it.

He has my role as a board member and miracle worker very confused, which makes communicating with him difficult. But, I finally had enough and told this old man that I would pass along his thoughts to those care to hear about it. The way I figure, the readers of this blog are the only ones that would care to hear his thoughts, so this seems like the right place to share them.

This individual is a bit of a troublemaker- a rabble rouser, if you will. This reputation is no secret to Bob or those who know him. Each morning at 6 a.m. he starts his day at a local eatery called Frazier’s Place, and because I drive by on my way to work I stop in once a week and take my seat beside him at the counter to catch up. Before taking a sip of coffee, his routine is to check the obituaries in the local paper to see if his picture is in there. After all, why would he go to work if he were to learn he didn’t make it through the night? Now you are beginning to see what kind of person I am dealing with here.

Shortly after he learned of my appointment he confronted me with the amount of dead skunks he was seeing on route 5. “Something needs to be done!” he said one morning after discovering he wasn’t in the obituaries and realizing he still had plenty of life left in him. In early spring, skunks seem to spend the majority of their time between the white lines on major roads, especially route 5. I don’t understand it but maybe they have a thing for white stripes. Whatever the reason, I told him if he wanted to do his part to protect skunks then he could drive slower than he already does in order to give them more time to get out of the way. This didn’t seem to satisfy him and offered his services as a skunk warden. “All I want,” he said, “is a brand new truck and a $60,000 salary with benefits. That’s it.” I told him that I’d see what I could do, but in all honesty I never did anything. Surprise.

A month later when the smell of skunk has subsided, he moved on to squirrels. “Dead ones all over the road,” He stated. “Something needs to be done.” He stopped short of offering his services as a squirrel warden and refused to drop the issue for some time, yet he had no real solution for the problem. It was my job to come up with the solutions, I was told.

Once turtles started crossing the road in the early summer, he figured they would be better to focus on. “We need turtle crossing signs,” he said. “Something needs to be done.” About that same time, Vermont Fish and Wildlife had put out a press release about turtles crossing the road that encouraged people to be cautious on the roadways. Much to his surprise, I showed up the following week with a turtle crossing sign I’d printed off for him that had been included in the release. He was momentarily satisfied but didn’t waste too much time before moving on.

“Eagle poop. It’s all over the road.” He said. “Something needs to be done.” His angle on this one was that it was dangerous to the public. “Someone could lose control of their vehicle driving through all that poop.” I knew where he was talking about. Just south of Windsor there is a large white pine tree with branches that hang over route 5. The local eagle clan tends to sit there and survey their surroundings. While there, they poop. A lot. How can that much poop come from a couple of birds? The road is coated with poop. I finally convinced him there was nothing I could do to the birds and that they are kind of important. I suggest he drive slower than he already does to be safe as he traverses through the poop.

Most recently, he has begun to inform me of every animal he sees throughout the week, such as deer and turkeys. “Saw the turkeys on the north end of town again.” He said one morning. Since it was August at the time, I suggested he sit down at a computer and report his turkey sightings on the department survey. “Why do I have to get on a computer to do this?” he asked. “I thought I just reported them.” It is hard to reason with an individual like this.

There are a host of other issues he has brought up, but I think you get the picture. Fortunately, I know this guy pretty well since he is my grandfather, so I devised a way to handle him. One Thursday morning I pulled a business card out of my wallet that had my fish and wildlife contact information on it. I had previously taken a permanent marker and crossed out my phone number, but I left my email address visible knowing he has never used a computer in his life. I handed him the card and pointed to the email address. “That is an email address,” I said. “If you have anything more you’d like to say, write me an email.”

I tell ya, some people are just too much.

I hope to have a hunting update for you tomorrow. I was able to take part in a long deer drag Saturday night so I figure that’s worth sharing. Stay Tuned.