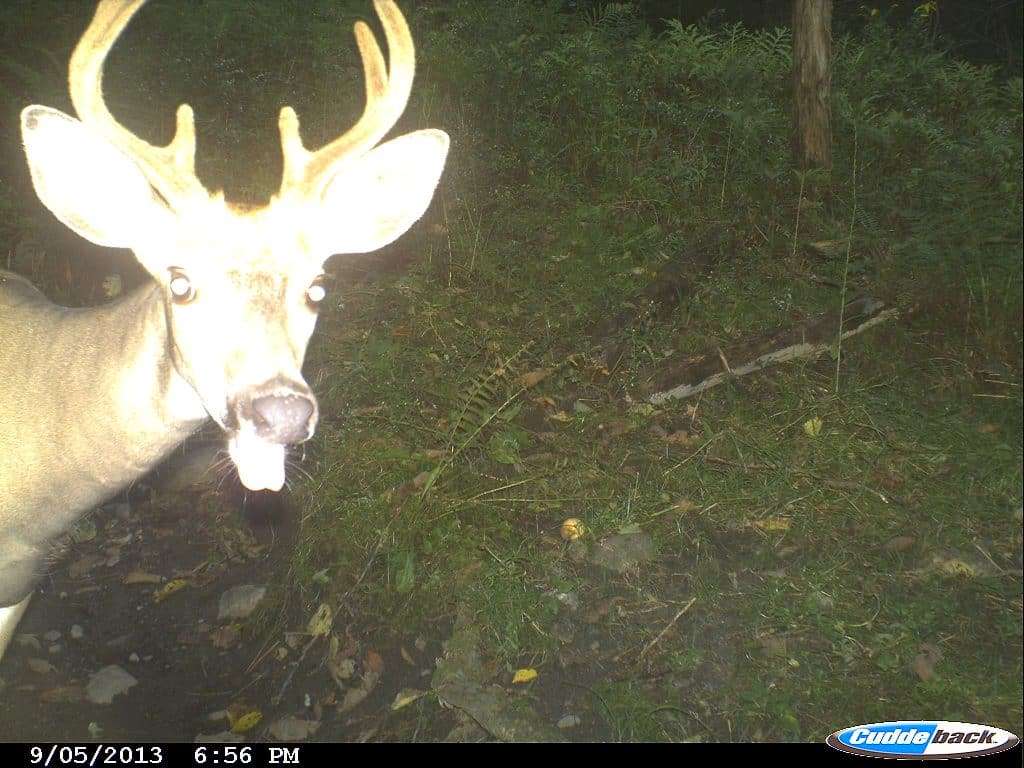 If you think the purpose of a trail camera is to capture beautiful pictures of wildlife all relaxed and chilling in their natural habitats, you’re wrong. The purpose of trail cameras is to remind you how dumb you can look at times. Or most of the time. Or all of the time.

More than once I’ve walked up to a camera, filled with anticipation at what awesome pictures could be on it, only to find pictures of branches blowing back and forth in the wind and one dumb looking selfie of yours truly for an exclamation point. If there is anything that can ruin a great morning of peaceful solitude reflecting on God’s creation, it’s plopping the SD card into a reader at the end of a hunt only to see a picture of yourself looking into the camera lens unintentionally attempting to prove that God made a mistake with how He arranged your face.

What gets me is that I try to avoid getting my picture taken, but the trail cameras seem keen on taking one anyway. Sometimes I try to approach from behind the tree and shut it off, other times I wave my arm in front of it to trigger the cam and then I quickly shut it off before it has a chance to rearm itself. The three shot burst mode has nailed me more than once. But without fail, more often than not I come home with a beauty of a selfie that I bury deep in my files to use as a tool to humble myself later in life.

After a recent check that resulted in a selfie or two, I thought it’d be entertaining to go back through my files and see how bad I’ve looked at times. And not only me, but there are some fun ones of animals as well. Here now are a few of my favorites. Further down are some good ones of animals.

That’s enough of me. Now for some animal pics. Trail Camera’s positioned on apple trees work great for capturing funny selfies of deer, especially if it’s an old school white flash camera. Eventually, the deer gets curious and comes closer for a blinding look at the flashy thing on the tree.

My file of buck selfies has grown over the years. These trail camera pics are irritating because it’s almost as if the bucks are taunting me, but it’s still fun to look at the headgear they are sporting.

Miscellaneous wildlife gets it on the fun too. Bears are classic selfie animals. They hate trail cameras for some reason, so it’s not uncommon to get a selfie just before they rip a camera off a tree and use it as a chew toy. Or they leave the camera on the tree sideways covered in a layer of slobber. Nice.

And what’s a selfie of the rear end called? A reverse selfie? Backendy? I started a Google search to see if there was a term for it and then thought better of it before typing too much. I don’t need to go there… I’ll just leave this with you as a way of saying goodbye.

I like the one’s where they are sticking their tongue out at you…..the deer version of the middle finger.

Many of those deer have wasted a lot of energy growing too much bone on their heads. I much more appreciate a 4-point 175-pounder that has tiny antlers. That is the kind of deer that focuses on growing muscle for me to eat. Any way to put new regs in 2020 to promote this value?

Glad they don’t have photos of a guy who just missed a close shot at a tropy. But they would look similar to your first one there. Like…. huh? Just sayin