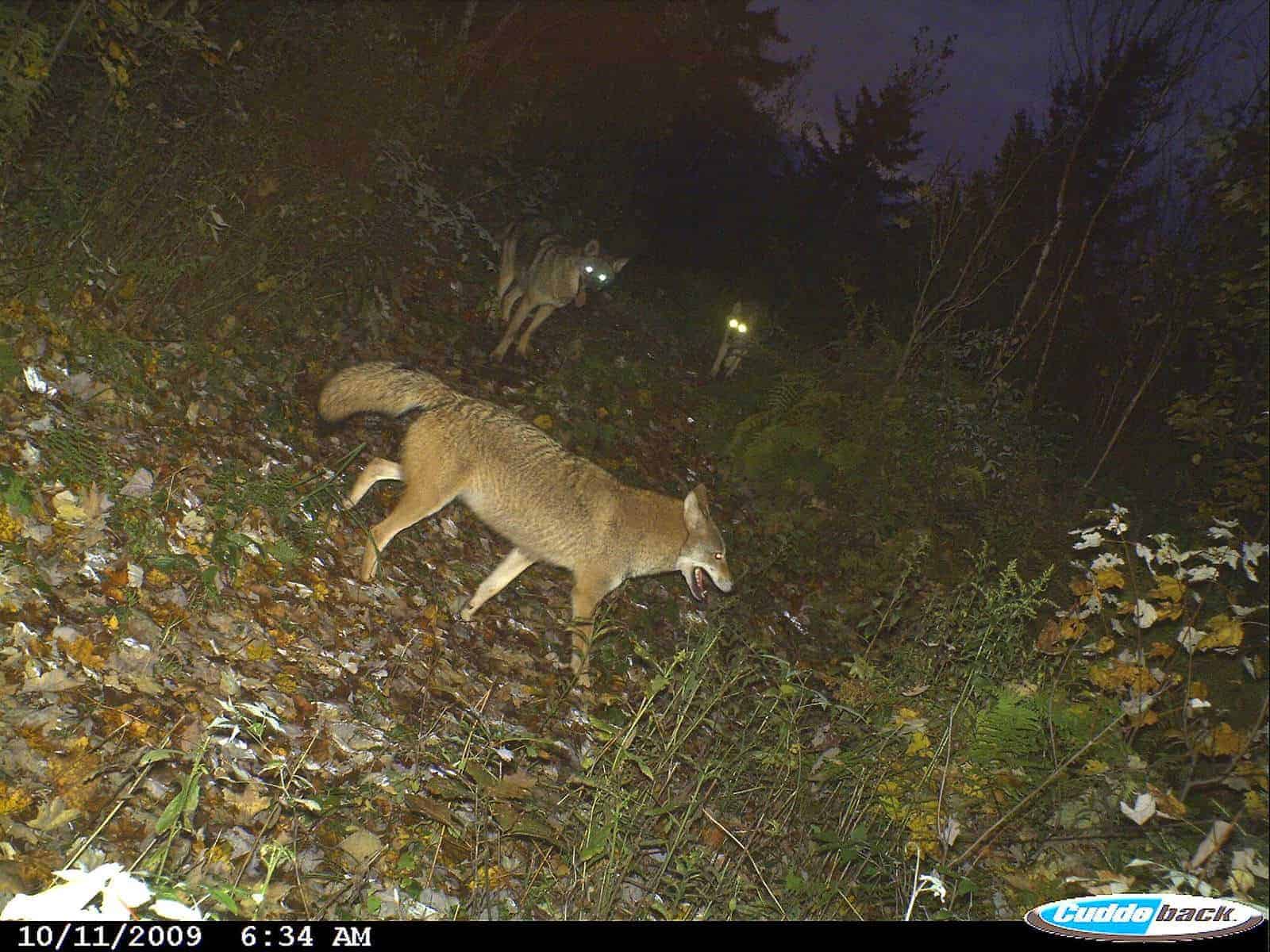 Just what is the biggest threat that hunting faces today? Is it shrinking participation numbers or accessible land to hunt? Maybe it’s anti-hunters? It must be Social Media, right? Is it Chronic Wasting Disease? I know, it’s climate change! Maybe it’s a combination of many different things, or maybe it all funnels back to one main reason.

Like every other hunter out there, I have my theory on what the main threat is. For my own amusement, on The 4 Pointer Facebook page I asked for other people’s opinions on the matter. I was curious if anyone else would agree with my way of thinking. A summary of opinions given of the biggest threats facing hunting today are given so far are:

Lack of participation from our youth

Legislation based on emotion

I’m going to withhold comment on the last one since I don’t want to jeopardize my chances of being able to hunt this fall, but the other opinions are good and all of them are threats to hunting in some way. But as much as I’d like to point the finger at various threats that are out of our control, I just can’t do it. That finger needs to point the opposite way. Overall, the main threat to hunting today is hunters. That’s right, I said it.

This article strays from my normal approach of light hearted rambling, but I’ve been quiet too long on this issue and it’s time to say something. I’ve sat back and watch hunters tear each other down over differences in opinion on what size of deer should be harvested. I’ve listened to guys tell me stories of hunters having their tires slashed and treestands sabotaged all because someone else was mad they were in “their” spot. I’ve read and spoken to hunters across the nation that claim Fish and Wildlife agencies hate hunters and the biologist’s design management practices around ways to line their pockets with cash all, usually because there was a decision made that they disagree with.  I’ve both chuckled and cringed at unbelievably ignorant comments by hunters who “know” the best way to do everything hunting related. The examples could go on and on and on, but I think you get the point.

I’ve broken down the threat that hunters pose into four categories – Stupidity, Ignorance, Laziness, and Inconsiderateness.

Stupidity first. Why is that hunters feel the need to egg anti hunters on, or worse yet, spoon feed them with ammo to use as they work the system to get laws changed in their favor? Is it necessary to send them pictures you know they won’t like? Is it helpful to berate them or call them names on their Facebook pages? Wouldn’t it be wiser to keep your mouth shut?

Ignorance is next. What I see the most here is a lack of understanding of why biologists propose things they propose, or how rules and laws are made. Hunters often claim that anti-hunters are the ignorant ones. To some degree I can agree, but overall, I think they are very informed – at least in the ways necessary to create change.  In my little home state of Vermont, hunters outnumber anti-hunters, but I bet more of them take the time to actually read various Fish and Wildlife management proposals or contact the decision makers. They stay up to date, only a handful of hunters do and it hurts in the end.

Next up, Laziness. Apathy is another word that could be used here.  I’ll use Vermont as an example again. I can’t think of another state where it is so incredibly easy to get in touch with folks in the Fish and Wildlife Department. Just this past spring I attended a deer hearing where the Commissioner, the Wildlife Management Program Director, the Deer Project Leader and a host of additional department Staff and volunteers, including Board Members, were present. All these folks hung around after the meeting to chat with people who attended. Opportunities like this occur MANY times throughout the year. Show me another state where it’s that easy to connect with people like that and I’ll put you on a list for a free t-shirt in the future.

Often at these meetings there are less than twenty people in attendance. I’ve heard all the excuses for why people don’t attend – “It’s too far,” “I’m busy,” “They never listen anyway,” and on and on. You know what I think about all that? I think folks are looking for excuses and as a result are missing valuable opportunities to connect and be involved. To learn a new perspective on current issues affecting management, to think critically through them and make informed opinions are all positive outcomes of taking the time to attend, even if you still disagree when you leave. Calling or emailing is also VERY easy to do if you can’t make a meeting, but the worst thing hunters can do is to be lazy and remain on the sidelines or pout because “they never listen anyway.”

Lastly, hunters can be very inconsiderate to one another. What person, who may be considering taking up hunting, would be drawn to it after reading and seeing the way some hunters treat each other? You all can think of examples of what I’m referring to. I even gave a few above.

This internal threat reminds me of President Lincoln’s Lyceum Address where he warned of the only thing that could take America down. An outside force could never be strong enough, it would have to come internally. In his address, he said, “Shall we expect some transatlantic military giant to step the ocean and crush us at a blow? Never! All the armies of Europe, Asia, and Africa combined, with all the treasure of the earth (our own excepted) in their military chest, with a Bonaparte for a commander, could not by force take a drink from the Ohio or make a track on the Blue Ridge in a trial of a thousand years. At what point then is the approach of danger to be expected? I answer. If it ever reach us it must spring up amongst us; it cannot come from abroad. If destruction be our lot we must ourselves be its author and finisher. As a nation of freemen we must live through all time or die by suicide.”

While Lincoln was addressing the topic of the day in 1838, his main point is relevant to this discussion as well. Hunters, and hunters alone control the future of hunting. If hunting dies, it won’t be directly from an opposing force, it’ll be because we allowed by way of our own stupidity, ignorance, laziness, and inconsiderateness. The cause of death will be from within. The good news is that it doesn’t have to happen, and I have a simple four-part solution to prevent it.

The next time you are tempted to do something hunting related that is stupid, don’t do it. Pretty simple. Basically, all you must do is take one extra second to think through an action before performing it. Will it be helpful to promote hunting positively? If not, don’t do it.

Get informed! Talk to people who are involved in decision making processes. Better yet, become a part of the decision making process by voting! Read reports and management proposals. Pick up the phone and call someone you know who is active in state government to find out what’s happening. If you don’t know who those people are, find out. If you aren’t informed, you are probably spreading misinformation and that doesn’t help.

Get involved! Recruit future hunters and mentor them. Take them hunting. Put them in “your” spot. That’s can be a tough one for me, but it’s important. Show them that hunting is a positive thing, because it is! The future of hunting is bleak unless we take the time to recruit new hunters. Also, laziness is the root of ignorance, so if you are guilty of being lazy, re-read the last paragraph.

Treat each other with respect. If someone is hunting legally, support them! But if you must disagree, do it respectfully. The guy who yells louder to prove a point is usually the guy arguing from ignorance. Don’t be that guy. I just wrote that an ignorant person is also lazy, which would probably explain why they would do something stupid. Do you really want to qualify for all four categories? Please be considerate to your fellow hunters. We’re on the same team!

I contend that [INSERT YOUR REASON] will not be what leads to the demise of hunting as we know it today, it will be hunters who are content to remain ignorant and lazy, act stupid, or treat each other with disrespect. Unless hunters can do a better job in these areas, one day we’ll wake up and realize we’ve lost the battle, and we’ll only have ourselves to thank each time we look in the mirror.

You hit the nail on the head.
So many excuses. All of them weak. I see the same small core group each year at meetings, funny, we are the same ones writing the board & our legislature. It gets a bit tiring & disheartening when folks bitch on FB, but do nothing to effect change. Don’t even get me going on courtesy. There’s a reason & hunt high ridge lines that take hard hikes to get to!

My theory is coyotes and bears (bears eating the fawns) that is what is going on in my neighborhood. I might be a woman but I am a hunter also.