Take Heart, The Woodchuck is Out! 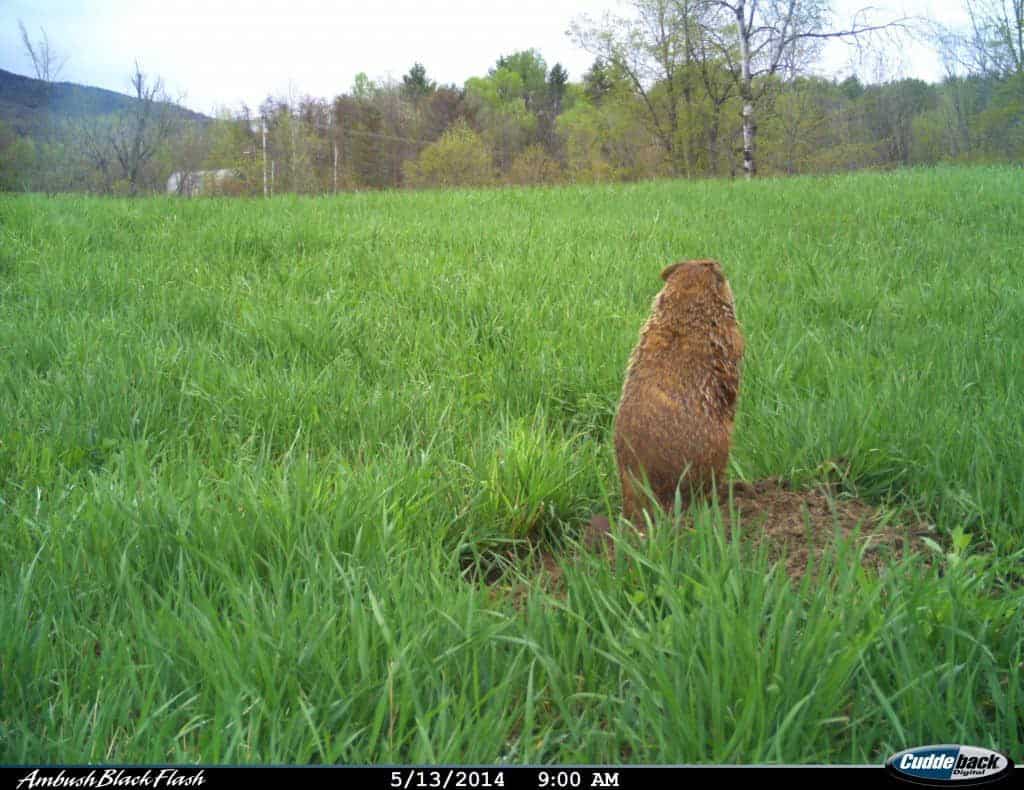 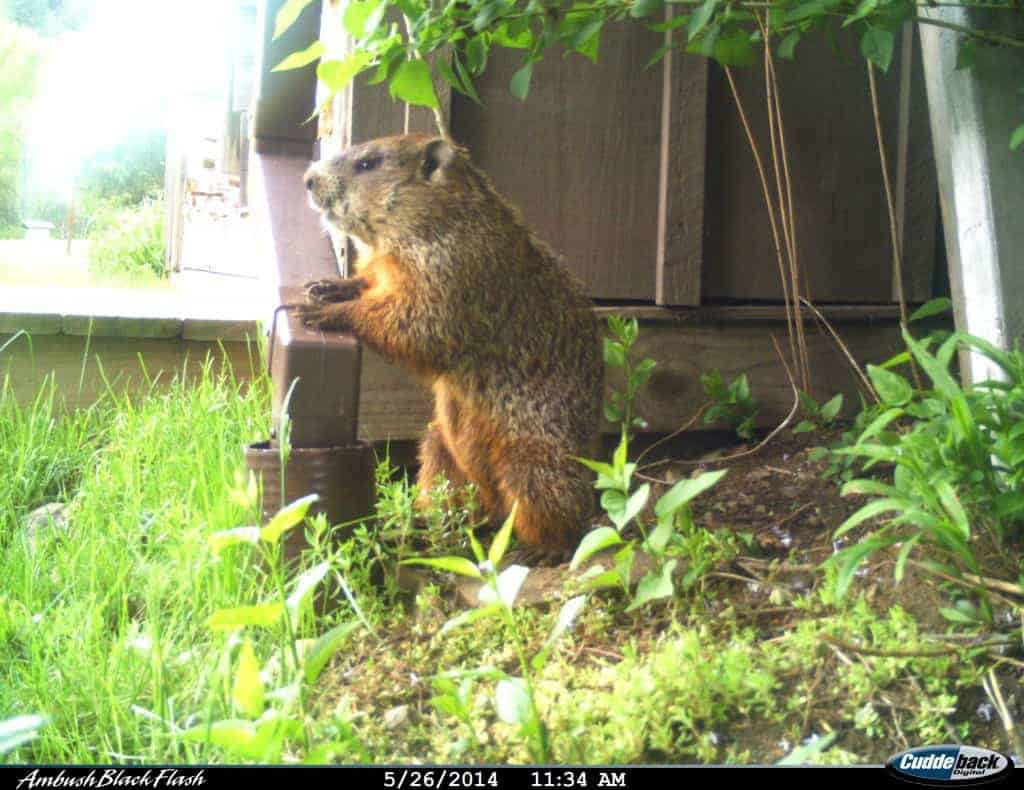 Just the other day, my wife and I were sitting in the Woodstock, Vermont, Maplefields Convenience Store reliving a day spent together. She was beautiful, her glowing eyes staring back at mine while holding her fresh cup of coffee on the table between us. The moment hung in time until three older men sat down at the table next to us and began talking. “Well, the woodchuck has been out for two days straight now,” one man said to the other two. After overhearing that I was a mental disaster. Visions of hunting the little devils clouded my ability to carry on a conversation with my wife and my trigger finger started twitching uncontrollably with each passing vision.

Talk of recent woodchuck sightings makes it hard to deny that spring is in the air. This week the temperatures are supposed to climb into the sixties, which should take care of any remaining snow in my yard. Not only will this expose the remaining piles of dog poop that have buried for some time, it will also awaken the ticks and woodchucks, as well as add to the already increasing chatter about the upcoming turkey season.

Apparently, turkey hunting is kind of a big deal. I’ve never participated in a spring turkey hunt, though I’d like to give it a try someday. The problem is not a lack of desire; it is a lack of brownie points. I tend to use all of my brownie points in the fall while deer hunting. To be honest, I am deep into the red by the time deer season is over and need to spend the rest of the winter, spring, and summer restoring my credits to ensure I’ll be hunting deer again in the fall.

But I have whacked a couple of turkeys – all in the fall and with my bow. One time I was walking to my stand in the darkness and light was just peaking over the horizon. I heard a noise that was out of place that made me stop in my tracks. I waited a bit and after not hearing anything more, I took another step. I heard it again. The process repeated itself for a time until I finally realized the noise was coming from the trees above me. Turkeys! Lots of them. I looked up and saw black blobs perched in the treetops above me. It was still dark enough so that they couldn’t identify me. Or at least if they had, they weren’t frightened enough to fly out of their roost.

I decided to stay put and let the morning play out. I nestled into the base of a tree and waited to see which way the turkeys would fly down. The tree was growing at the bottom of an embankment that was just tall enough to conceal my movements from anything on the hardwood flat above it. Fortunately, the turkeys left their roost and landed on the flat, just out of sight. I held my position and listened to their movements hoping to determine which direction they were feeding. As luck would have it, they were feeding to my right, which was the only direction that worked for an ambush.

I used the concealment afforded by the embankment to work my way into position ahead of the unsuspecting birds. I found a spot where I was mostly hidden from the birds, but where I could also see just over the rise to the flat. I ranged a log where I predicted the turkeys would pass by so I would be ready ahead of time. It was thirty-eight yards – a little far, especially for a target the size of a bird brain. Wouldn’t you know it, once I could saw their heads bobbing up and down I could tell they were going to walk right past the log.

When the first turkey walked by the log I was already at full draw. I put my forty yard pin on its head and touched the release. At the sound of the shot all hell broke loose. Turkeys flew everywhere, somehow unaware of my presence until that point. All but one turkey, that is. I walked to my prize and found it lying right where I shot it. My arrow had sliced right through the neck at the base of its head and stuck in the log behind it, ruined. Ironically, I’d wanted to shoot that particular log each time it had fooled me in the past by pretending to be a deer, so it felt good to finally put an arrow in it.

I admit, when I think back on my turkey memories and look at the signs of spring all around, it really makes me want to give turkey hunting a try this spring. I can only imagine how hard it must be for you die hard turkey hunters.  Take heart! According to the fella in Maplefields, “The woodchuck’s been out for two days straight.” Spring is right around the corner, and with that comes Turkey Season.

The turkey was not that big. Actually, it was pretty small which only adds to the impressiveness of the shot. Thank you for pointing that out.

Your experience on the Board requires that you get some turkey hunting opportunities this spring. I will set you up with an expert caller. Stay tuned. K. Lawrence

This brings back memories of the woodchuck that we had in our back yard a couple years ago. My trigger finger twitched all summer as I would often stare out the window in anticipation of the rodent popping his head out of the hole near the shed.