The Story of the Big Little Bear 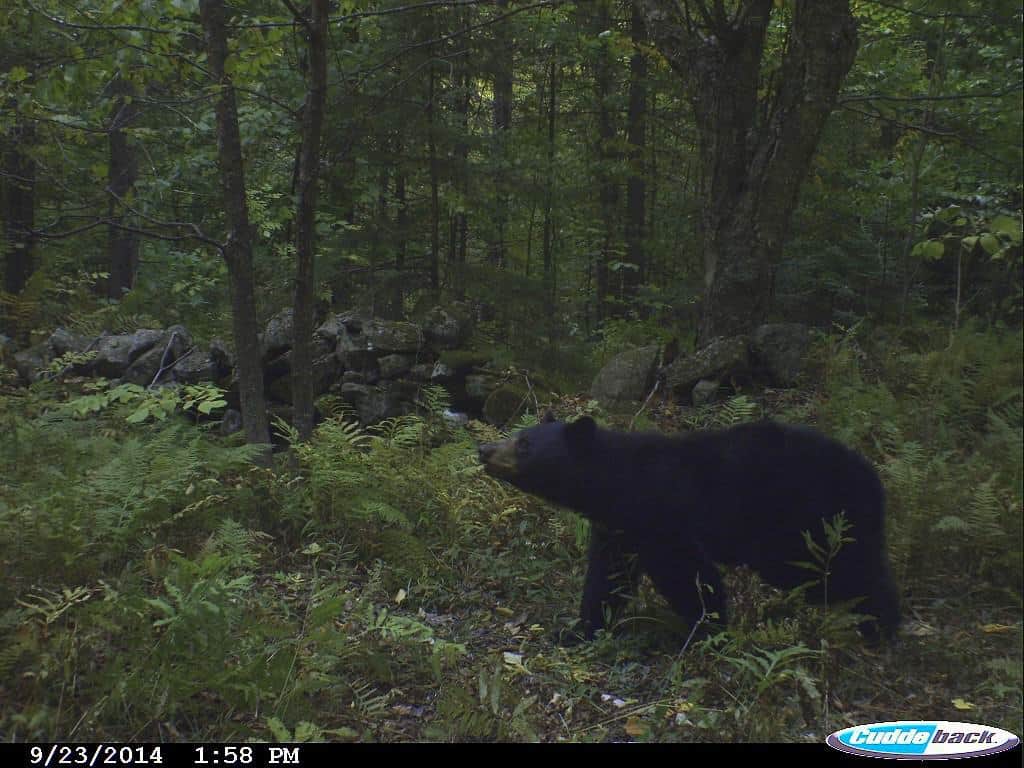 I’ve killed a bear. Just one. And it wasn’t very big. Actually, even inserting the word big into the previous sentence doesn’t seem right because it causes one to think that there was some bigness to the bear. There wasn’t. Unless, of course, you are telling your one and only bear story to your almost five-year-old just before bed. Then the bear is big.

“Hey Bud, wanna hear a bear story?” I ask before leaving his side.

“Yeah!” he says as he picks his head up off his pillow in the darkness of his room. He’ll listen to anything in order to delay bedtime, so I oblige.

“One day, when I was home from college on a break -”

“What is college?” He interrupts.

“Don’t worry about that now,” I replied. “We are talking about bears. As I was saying, I was home from college and was sitting in my treestand deep in the woods and heard a crunch, crunch, crunch, crunch. Do you know what it was?”

“Because this is a bear story.”

“Well, it could have been a person walking in the woods, or a deer, or maybe a bear. But you’re right, it was a bear. Do you know what I did next?” I asked him.

“Wow,” he said looking me right in the eyes. The tone of his voice was filled with both amazement at my ability to become excited and wonderment at the mystery of the moment that hung in the balance in the shadows cast by his nightlight.

“Eventually, I saw a paw step in some leaves behind a hemlock tree,” I said, placing the palm of my hand on his bed in a way that resembled a paw stepping in the leaves. A smile grew on his face as he became more fascinated with the story. “It was definitely a bear, and he was walking my way! Crunch, crunch, crunch,” I said as I walked my fingers along his bed beside him. “Do you think this is a big bear or a little bear?” I asked.

“What?? Why?!” I snapped, disappointed in myself for telling a story in such a way that caused him to think this was a small bear.

“Because big bears have claws,” he said confidently, showing me with his hand what a bear paw should look like with claws. “See, I have smaller hands than you and I can make claws. You didn’t when you showed me the paw, so it’s a small bear. Big bears have claws; small ones don’t.”

We then discussed for some time how I could do a better job showing what a big bear paw looks like with my hand. He was very helpful, having no problem giving me expert advice. When he was done with his teaching, I continued on with the story.

“Wow,” he said again, his voice filled with awe. He has no idea what thirty-eight yards is or means, but he was impressed nonetheless. I took it as a compliment.

“I picked out a spot behind his shoulder right where the lungs are and shot my arrow, hitting him right where I wanted to! Do you know what happened next?!” I asked him, my own voice filled with excited anticipation.

“No! He attacked!” With that I made two big bear paws with my hands just how he showed me and I tickled him all over until he could hardly breathe. His pleas to stop between laughter were ignored. After all, big bears do what they want. “Ok, you’re right. He didn’t attack. He ran up a little hill and then out of sight. Papa and I found him later. Do you know what happened when we found him?”

“He attacked again!” More tickling ensued and a peaceful bedtime routine was shattered with giggles yet once more. Convinced his mind had been changed on the size of the bear, I asked him once again. “Now, do you think this was a small bear or a big bear?”

“Big bear!” He yelled. Satisfied with his answer, I leaned over and kissed his forehead being careful not to let my big claws scratch him.

“Good night, Buddy. I love you.” I whispered with my claws resting on his arms. “Go to sleep now. Don’t you dare get out of bed – I mean it.” Then I reminded him who was in charge by showing him the big bear claws one more time. Sure, there is some satisfaction in getting him to bed knowing that his daddy loves him more than he knows, but the real victory was that I was able to tell the story of my small bear and convince him it was a big one without telling a single lie.

Before I made it to the door I heard him call my name.

Can you believe that the start of bear season is a mere month and a half away? Time sure does fly.