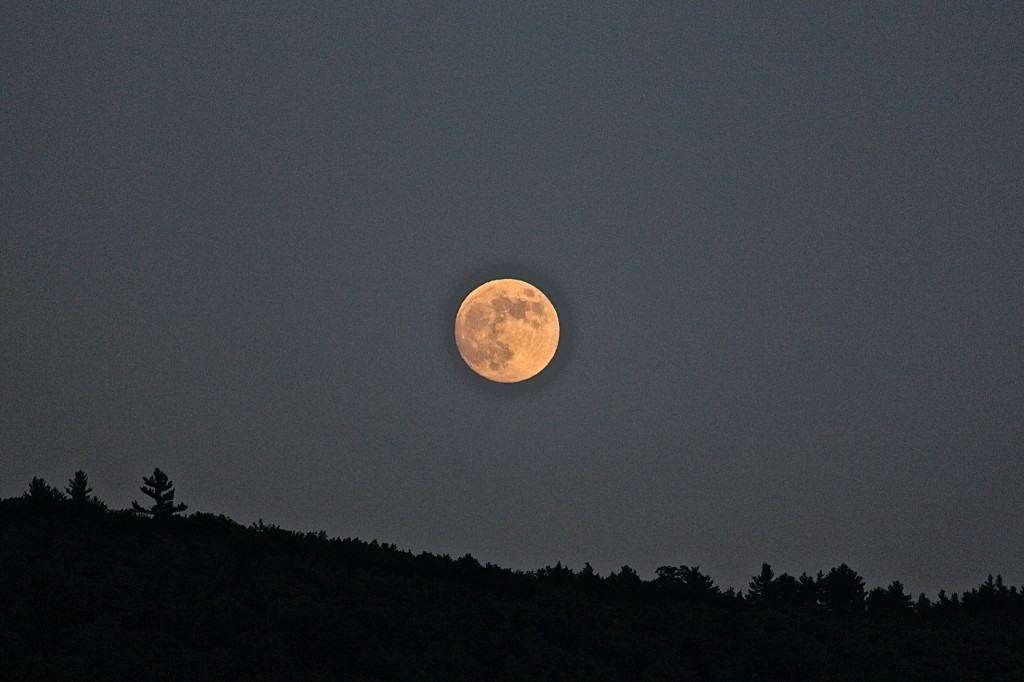 I love full moons but I doubt my neighbors do. More than once I’ve had to pull off the ole “stop, drop, and roll” technique after stepping out of the shower and realizing the window blinds were open. Full moons are nice when viewed under the right circumstances. Don’t forget that.

Speaking of full moons, that reminds me of a heart-pounding hunt that took place around a full moon a few years back. The conditions were perfect on that fateful October afternoon – no wind, dry, crunchy, and pleasant temperatures. I’d chosen to sit in a treestand close to small apple orchard in hopes of intercepting a deer (any deer) meandering by on the way to dinner. Other than the typical sounds of the woods, like the neighbor mowing his lawn, the town garage guys slamming and banging metal together, and low flying airplanes it had been a fairly quiet evening.

Then I heard it. That faint sound of a deer walking in the leaves far off in the distance. All the noises faded away and my ears zeroed in on the “crunch, crunch, crunch” of the leaves. In time, the crunching became louder and louder and I readied myself for the coming shot. The set up was such that I could only see about 20-30 yards in the direction the deer was approaching so the shot would have to be quick.

I almost pulled my bow back twice thinking the deer would show itself at any point but it never materialized. Instead, a porcupine waddled in to view and I just about passed out. My heart rate was at an all time high from the built up anticipation of listening to it walking in the leaves for 10 minutes. If there was ever a recipe for a heart attack that had been it. I was on death’s doorstep and had I been 30 years older I might have crossed the threshold.

As he wandered off to eat his dinner the woods returned to normal. The sounds of lawn mowers, airplanes, and metal banging all returned and things were right again. My heart rate lowered to a healthy pace and I drifted off in the late fall warmth. I never did see a deer that night but the full moon was pretty on the walk back to the truck. 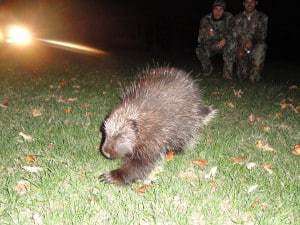 Speaking of porcupines, that reminds me, full moons are tough to hunt. There are a lot of studies out there that indicate deer movement during the day is limited during a full moon phase. Thanks to the light of the moon the deer play all night and sleep during the day. This, as you know, does not align well with the hours the Higher-Ups designate we can hunt. But to be honest, the moon phase has never affected when I hunt because I always hunt when I have the opportunity which may or may not fall on a full moon. Maybe you are the same way?

I go out hoping to see a deer and I’m happy if I at least see a porcupine.