Similarities Between Golf and Hunting 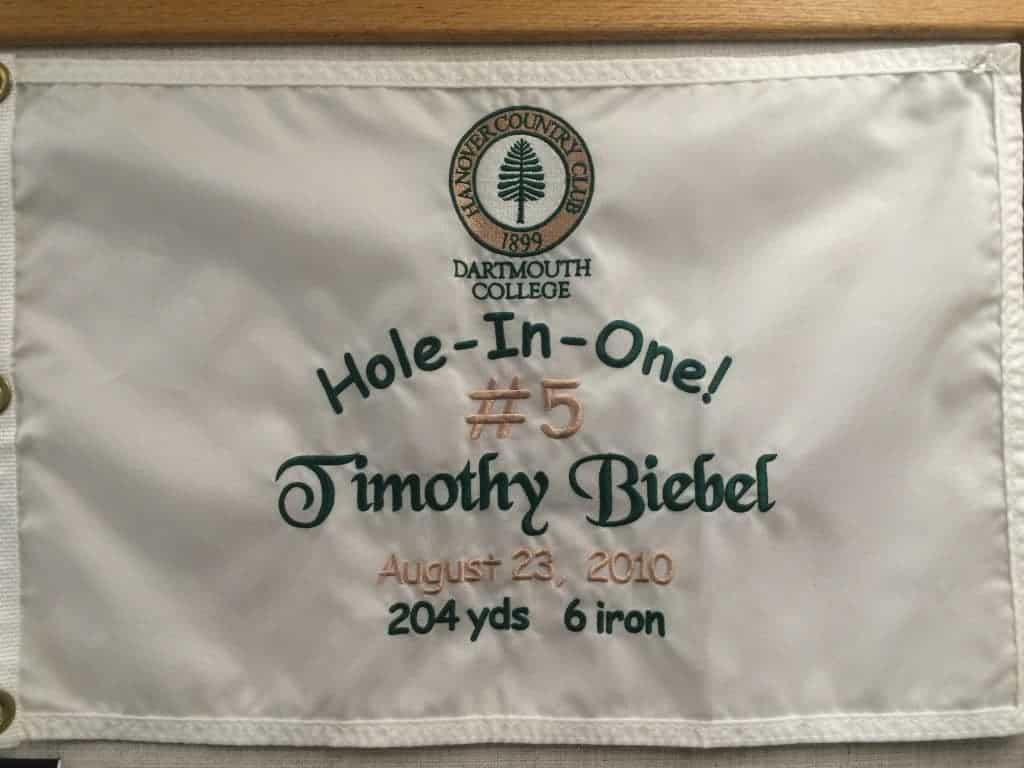 Yesterday, I was in the woods looking for my golf ball and stumbled across some nice deer habitat. Oak trees, berry plants, ticks, and thick cover not only defined a perfect place to set up a treestand but also the perfect place for a golf ball to hide – particularly mine. I never did find my golf ball, but while there I did have visions of a successful hunt this fall.

You know what irritates me the most about golf? It’s that the game is so darn simple yet I make it so darn complicated. Hit the ball in the fairway, hit it on the green and then sink the stupid putt. I don’t often play that way but every now and then I show signs of it. Last year I hit a beautiful 5-iron approach into a par 5 that left me putting for eagle. The green was heavily guarded by a deep bunker on the left and a steep drop-off on the back. The safe play from where I was at in the middle of the fairway was a high draw – starting the ball on the right side of the green and bringing it back towards the center. That would leave an uphill putt for an eagle. That’s exactly what I did. Posing with the club resting on my shoulder and Mount Ascutney in the foreground, I watched as the ball did just what I wanted. It was as though I was guiding it with my mind and it landed softly on the front edge of the green.

Shots like that remind me of hunting as well. How you ask? Clearly you’ve never played golf. My perfect “approach” shot was had come on the heals of a long search for my first drive which sailed 30 yards into the trees. There was great deer habitat in there as well, but again, no golf ball. It’s easy want to give up the game of golf when one spends so much time looking through great deer habitat. Freezing my tail off in wait for the arrival of Mr. Big never sounds as good as when after blowing a good round of golf with a poor shot. So, what would have been an eagle attempt was actually for par and I 3-putted for a double bogey 7. Spending time in the woods while golfing is what bugs me the most about golf and makes me think more about deer hunting.

On another instance, I hit a beautiful pitching wedge out of the woods back into play. I had been hiking up along a stonewall thinking about deer hunting while looking for my ball after a wayward drive and found it sitting nicely atop some leaves. Acorns were everywhere and the maintenance road a few feet away was home to many deer tracks.  A low punch shot was out of the question since a stonewall was in the way. The only shot was through a 3 foot square opening in the treetops. I studied the opening, taking a moment to identify trees that would work for my climber. Just like bow hunting, shot angle and placement were crucial to the success of my shot. Standing over my ball with confidence I yelled, “HEADS UP!” and swung my pitching wedge. The ball sailed through that opening just as intended and landed cleanly in the fairway. Unfortunately, I ended the hole about as well as I started it. A Sportscenter Top Ten highlight turned into a Not Top Ten lowlight. That’s what bugs me the most about golf, you know? Great shots followed by utter self-destruction.

But back to yesterday. Nothing bugs me more about golf than having a great shot ruined by poor information. Sitting 155 yards from the green on hole number one, I pulled my 9 iron out of my bag and proceeded to send the ball over the green and into a ravine. That 155-160 yard distance is about as perfect as it gets for my 9 iron, yet I hit the ball 15 yards too far. Why? Poor information, that’s why. That really bugs me. Once, while bow hunting, a doe walked in and surprised me. (Pay attention you Idiot!) Caught off guard, I had to guess at the distance which cost me a broadhead and a lost opportunity. Oddly enough, I found my arrow in a ravine surrounded by leaves just like I pictured the final resting place of my golf ball after my approach on number 1 yesterday. Bad information will get you every time.

Last fall, when I was younger and possessed less wisdom, I hadn’t properly prepared for a possible shot attempt out of a ladder stand. When the opportunity for shot on a doe presented itself, my bow limb hit a tree limb (ironic) and kicked the arrow downward resulting in a poor hit. Mistakes like that really bug me. Fortunately, we found the doe but not without some work. In a strange way, that experience is similar to my golf swing. In the heat of the moment, everything I know to do correctly I forget to do – just like preparing for the shot on the doe last fall. This happened to me yesterday. I stood over the ball sizing up my approach. Not scared in the least at the narrow approach, I reminded myself what I needed to do in order to send the ball where I intended. Then I proceeded to hit it out of bounds into some nice deer habitat with a slew of naughty words and a golf club in close pursuit. Brooks and Dunn summed that experience up best when I heard “She Used to be Mine” on the radio this morning. As near as I can tell, they must be golfers because I think it’s a song about a golf ball. With lyrics like the following how couldn’t they be: “I did her so wrong for so long, I turned my back on her love and now she’s long gone… She used to be mine. Oh, She used to be mine.” I bet they’ve played number 8 at John P. Larkin Country Club in Windsor, VT.

Then, just like that, it all comes together just as planned. In a way, that really bugs me. Why now? Why not all of the other times? A number of years ago I was golfing at Hanover Country Club, doing my best to mingle with the over dressed educated folks. I stepped up to the tee on the 204 yard, par three fifth hole and sized up the shot. Normally, a five iron would be the club selection, but given the elevation drop a six iron felt like the wiser choice. That beautifully struck ball landed eight feet in front of the pin and rolled in for a hole in one just as I pictured it would.

Just like my hole in one in golf, sometimes it all comes together when hunting, and if you hunt long enough it will happen to you too. Trust me. You’ll find yourself in just the right place, at precisely the right time. Maybe, just maybe, it will all come together this fall. The only way to find out is to keep trying until it does.

This fall I plan on carrying a golf club while scouting for deer. Evidently it’s a great way to locate deer habitat. Maybe you should try it too. Until then, enjoy the summer.