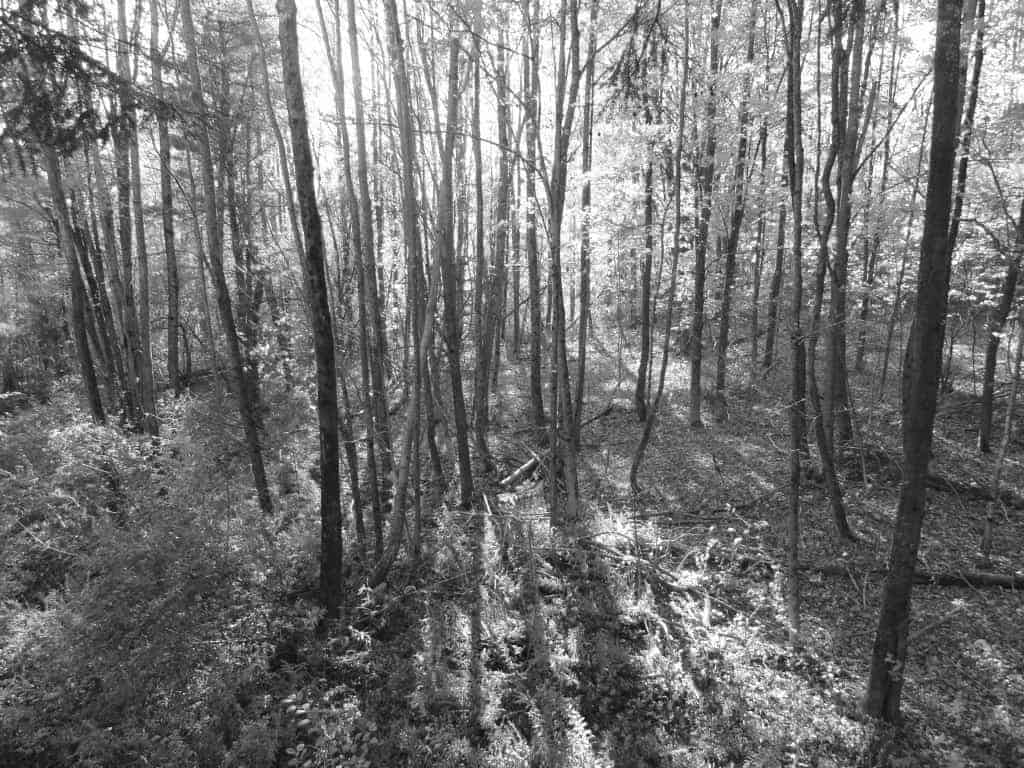 A few months ago I was manning a booth at a trade show, doing my best to act mature enough to justify my position. People shuffled by at a steady pace all day and I found myself conversing with a few of them from time to time. One man, in particular, stood out from the others in the crowd. He stopped by with no agenda and took a seat in one of the empty stools in the booth. He clearly wasn’t there to buy what I was selling so I didn’t even bother to try.

His outward appearance reminded me of one of the old-timers who know their way around the deer woods. I’m not sure what made me think that. Perhaps it was the way he was dressed or maybe I just always hope it’s the case until I discover otherwise. He was from a town in southern Vermont I know fairly well, so we spoke of that until I’d exhausted my knowledge of the area and silence fell between us. I finally asked him what I’d been dying to know in hopes we could talk about one of my favorite subjects. “You hunt?” I asked. Before responding he looked off in the distance as if he was searching his memory bank to find the right answer.

“I used to,” he replied, “but not anymore.” The tone of his voice was a mixture joy and sadness. I couldn’t yet tell if he was one of those guys that was about to complain how there weren’t any deer anymore, or how there are too many residents and out of state rich people now who post all the good hunting land. To my delight, he went on to talk about the good ole days when he and his wife used to go to camp with a group of friends near the southern tip of Lake Champlain. They’d spend the first week of rifle season there chasing deer around and was even fortunate enough to put a tag on one from time to time. It was an all play and no work kind of week. Deer hunting and good times were the only two things on the schedule.

He reminisced about some hunts he had, bad weather, and great friends at camp. Then he switched gears and told me how his wife had been diagnosed with cancer and died when they were both still in the prime of their lives. Caught off guard, I listened to him continue on. “The following hunting season after she passed I went to camp, but it wasn’t the same.” He said. “She’d been with me every year until then. I went out opening morning, but I didn’t even make it an hour. I couldn’t do it. So I went back to camp and packed up my things and drove home. I’ve never been back since.”

Even then, 30 years later, I could still see the pain of her loss in his eyes as he spoke. Her death had brought much pain and stolen much joy. We continued our conversation, but not so much about hunting. He spoke of his wife and how he struggled to raise their daughter after she passed. Thankfully, he had good friends to help him through. We eventually said our goodbyes and he wandered down the aisle to the next booth, leaving me to think on our conversation.

I wasn’t sure what to take away from our chat. Perhaps it was a reminder to love while the opportunity exists and to not take the temporary things in life for granted. After all, the Bible refers to people as “grass that withers”. Our time here is short, that can’t be denied.

I’d be lying if I didn’t tell you I hugged my wife and son a little tighter when I arrived home that night. Of course, my wife thought I wanted something and my son assumed I wanted to be beat up. Maybe the moment was lost on them, but it wasn’t on me.

Thank you for reading my stuff. Did you know you can subscribe to this blog so you can receive this stuff by email? That’s the best! You can do that here: Subscribe