Scoutin’ in the Dark 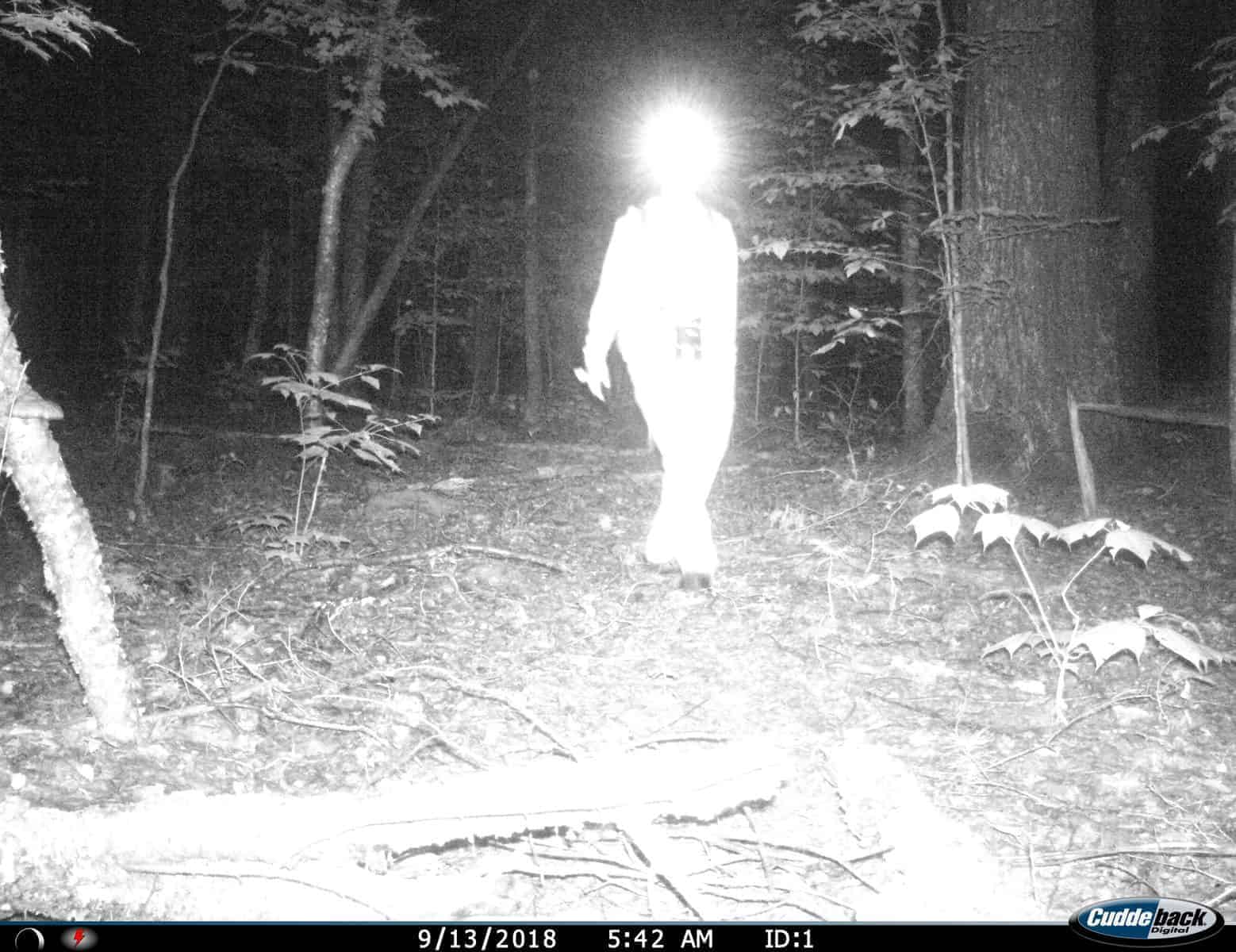 There was a time in my life when I swore I’d never have to dust off my golf clubs each time I used them, miss a Sunday afternoon nap, or scout for deer in the dark. And then the other day I realized I’d done all three in the past week!

Scouting for deer in the dark, you ask? Yup. I’ve done it. Not very effectively, mind you, but I’ve done it. Last Thursday I rolled out of bed nice and early to check my trail cameras before work. Unfortunately, work starts at 7, so that meant I had to check them in the dark. Ironically, that’s exactly how I set them up – in the dark under the light up my headlamp. Knee deep into a deer season this approach can work reasonably well after you’ve had a month or two to orient yourself to the local deer patterns. But it doesn’t work nearly as well fresh off a summer of NOT being in the woods at all.

In this scenario, you must rely on your knowledge of previous years’ experience in the area and hope the deer remember it the same way you do. You must also rely on your navigational abilities under the light of a headlamp and thick summer foliage that dramatically changes the feel of the landscape in the dark. I managed to find a few old faithful trees that have produced many a nice trail camera photo in the past and hooked my cameras to them accordingly and with much anticipation at what they would yield in the coming week.

Scouting in the dark brings with it separate challenges not found during the day, like hidden spider webs and demonic creatures posing as screech owls. Agility and courage are necessary character traits for scouting in the dark. Realistic expectations are also a must, otherwise you end up depressed and unproductive at work for a week. If it’s too dark to see deer tracks, it’s probably too dark to find a good spot to set up a camera if it’s your first time in the woods. Duh.

My “yield” from a week of three cameras soaking in the woods resulted in 8 pictures and 4 videos of me, a doe and a fawn, and small bird – just exactly what a guy full of anticipation hopes to find on his cameras. The silver lining is that the one camera I set up in the new spot (in the dark) captured the bird…. Jackpot!

My last check of the morning was the bird camera, but I’d brought one more with me I’d hoped to set up in another old familiar spot. After all, the two I’d already set up in old familiar spots had produced so well. It was a very foggy morning, but my internal GPS system knew where to go. After hiking for ten minutes, I determined that I was nowhere near where I was hoping to go, so I gave up and left for work. My GPS needs to be recalibrated, it would appear.

Scouting in the dark turned me into a songwriter. While I was wandering around recalibrating my internal GPS, the song “Fishin’ in the Dark” by the Nitty Gritty Dirt Band came to mind. I don’t even think that song is really about what the title makes it out to be. The lyrics don’t match up. It’s #fakenews for sure. The way I figure, if you’re going to go fishing in the dark, go fishing! Don’t get distracted with all sorts of other stuff. A man only has so much time to fish. Likewise, a man only has so much time to scout for deer. I rewrote the lyrics to the song while I was lost in the fog. Here is my version of the #notfakenews song titled, “Scoutin’ in the Dark.”

Scoutin’ in the Dark

Heavy dense fog before it gets light
Hidin’ all the trees
Owls are screeching and spider webs
Drop me to my knees
It’s scary out here.

Over the hill where the brush is thick
Near the Logging road
I’ll set up a cam in that Special place
that nobody knows
If I can find it. Ooh…

Walkin’ in all this dew
Reminds me I need new shoes.

It probably matters if I’m lost forever
But at least I have a light
I’ll just scout in the dark ‘til I find my way
Will it always be night?
It’s scary out here. Ooh…

Walkin’ in all this dew
Reminds me I need new shoes…..

And there you have it. I’m cautiously optimistic it’ll be a major hit. Once I learn how to sing and play an instrument I’ll be sure to record it. I’ll start by practicing my singing when the demonic creatures are screeching overhead next time I have a chance to scout for deer in the dark.

New Hampshire Archery Season is officially underway. I’ve already seen pictures of a few nice ones taken. I can’t wait to get out there and hunt when the time is right (during daylight hours).