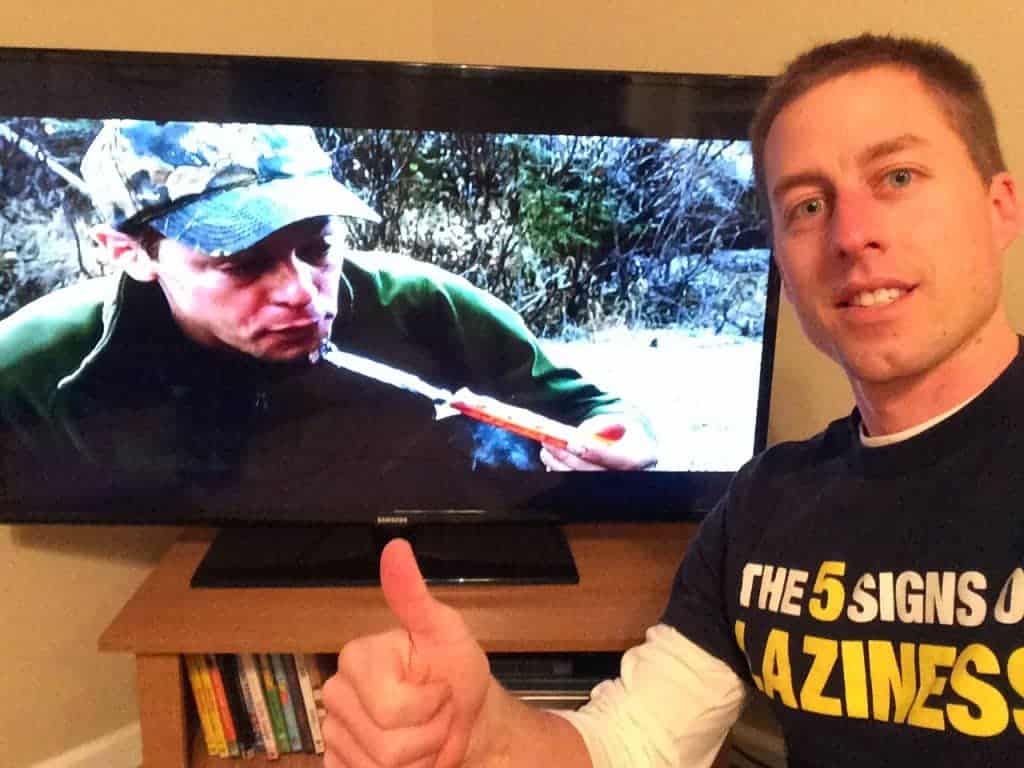 It’s not like I intentionally set out to write a review about a knife with a well-known hunting personality. The truth is, he didn’t either, but he was willing to pause for a moment to take a picture with me while eating bear meat with his Havalon knife in the wilds of Alaska. Thanks, Mr. Rinella. That was very thoughtful and helpful to me because I have yet to actually use my Christmas present on an animal. That’s all going to change this fall.

I was initially drawn to this knife because it claims to be sharp. (Good idea for a knife.) If you have read any of my posts in the past, you know that I always hunt with two knifes – a dull one for good luck and a “sharp” one for the actual work. It’s time to come clean and clue you in on a dirty little secret – that “sharp” one isn’t usually all that sharp either. It’s true. It just happens to be a little sharper than the dull one, so naturally I refer to it as the sharp one. I’m ashamed and embarrassed.

But this knife has extremely sharp and replaceable blades! It’s perfect for a guy like me who isn’t that great at sharpening knives. It’s not that you can’t use a dull knife. In fact, I’ve become rather proficient at it since I spend so much time with one. One time I was perched over a nice healthy doe I’d recently killed, meticulously slicing the skin as I began the gutting process. There is a tricky part to this step that extends from the bottom of the rib cage to the location of the reproductive organs. It’s called the stomach. It rests right against the skin on the belly of the deer and is very attracted to knife blades.

So I’m gutting out this doe and my knife slips. Could be that since it was dull it took a little more force than should be necessary for a cutting device. Either way, it left a bad taste in my mouth. Instead of suffering through the harassment from the other hunters standing around after a slip up like this, I’ve found it’s best to play it off as though it were on purpose. “Well, look at that! She HAS been eating apples. Just as I suspected. If I were you guys, I’d set up on apples.” This can work with rookies, but if there are other experienced hunters around they often see right through it. It’s worth a shot, however.

HOW NOT TO GUT AN ELK
(WARNING: IT’S GROSS)

Just because I have yet to use this knife on an animal does not mean it’s just been sitting on my shelf waiting to see some action. Au contraire! Nothing could be further from the truth. Just the other day I was hung up on the best way to craft a response to a work-related email so I pulled out my Havalon Piranta and began to open and close it like I have done a thousand times. That motion is akin to squeezing a stress ball. I happened to notice an innocent stack of sticky notes near the left side of my computer, and I wondered if the knife was sharp enough to slice through them. Sure enough, it was! Bye, bye sticky notes. It’s largely a paperless world now anyway.

I’ve also cut out an entire suit of cardboard armor and weaponry for my four-year-old son. And I’m not just talking a sword and shield. No, it also includes a breastplate, shin guards, helmet, an additional sword (for me, obviously), a dagger, and a massive, double ended sword type thing reinforced with wood strips that I also cut to length with the knife. It’s really quite impressive. I have the bruises to prove it.

Other lists of accomplishments include removing old acrylic caulk, sharpening pencils, opening a bag of dog food, and cutting rope. The list could go on but I’m happy to report that I’m still on my first blade after all of this hard work.

I’m excited about the knife, but there is no perfect knife and this one does have a few drawbacks. First, the blade is very thin. It’s essentially a scalpel blade. Though the removable blade attaches very firmly, you won’t be prying anything from side to side with it. The blade isn’t strong enough. It’s meant for fine work. Second, unless you want to risk slicing your fingers off, you will need a set of pliers or a special tool to remove the dull blade. If you already carry a multi-tool, such as a Leatherman, then this won’t be an issue. It’s not that it can’t be done without pliers (I’ve done it many times), but removing it in the warmth of your living room is much easier than trying it with numb fingers in the wilds of frigid Alaska (or Vermont). 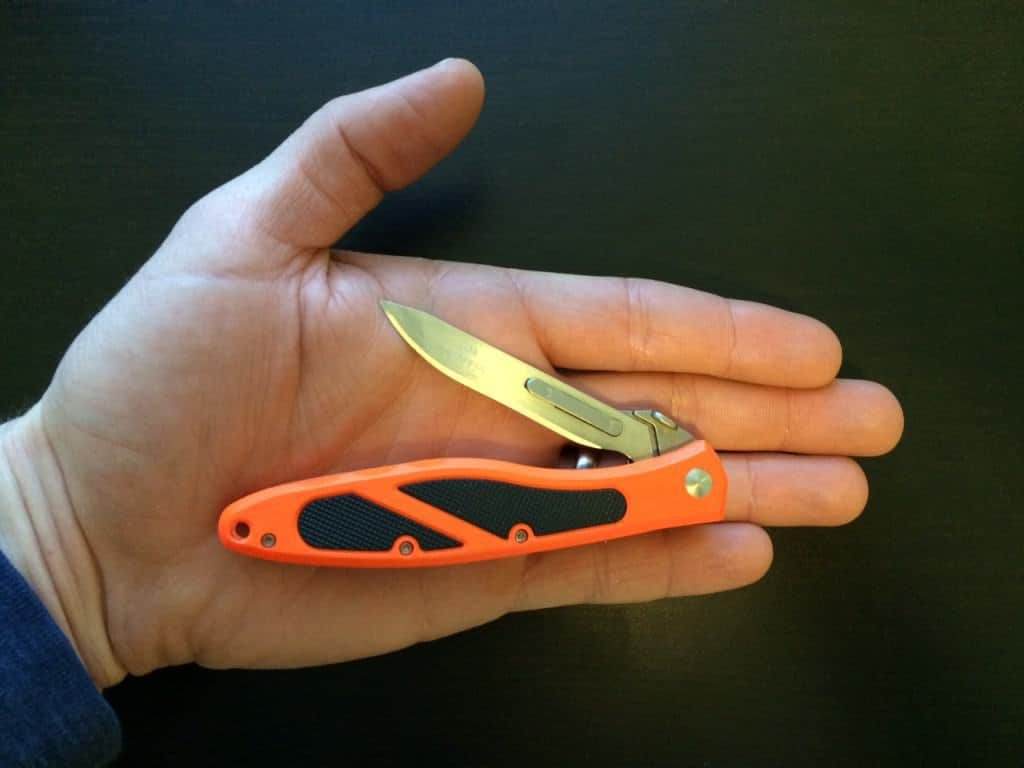 Aside from minor drawbacks, it’s safe to say that the positives far outweigh the negatives with this handy little knife. With a price point of just over $30.00, this baby is a steal. It’s solid and feels like it was made specifically for my hand.

The other night when I was sitting on my couch hunting Blacktail Deer in Alaska with Rinella, it was obvious that my decision to ask for the knife as a Christmas present was a good one. You know what part in the gutting process that is the most difficult with a dull knife? It’s cutting around the anus of the animal. It can be a real pain in the…well, you get the point. The Havalon Piranta is made for precision work like that, and I’m looking forward to the first time I get to use it for its intended purpose. I’m not looking forward to the first time I plunge it through the stomach of a deer on accident. “Hey look at that! ACORNS! I knew the deer were hitting the acorns hard this year!”

Since I am not sponsored by Havalon (I’m patiently waiting for the phone to ring), you know that my inexperienced review is completely accurate and trustworthy. If you’re interested in the knife I suggest you look into it further. Here are a few helpful links:

“4 out of 5 readers found this review useless.”

I learned years ago to have a friend who is a professional butcher and is the owner of BG’s Market in Hartland. I have on occasion dropped my Buck folding knife with him a few weeks before the season, and I get it back on time as sharp as a scalpel.