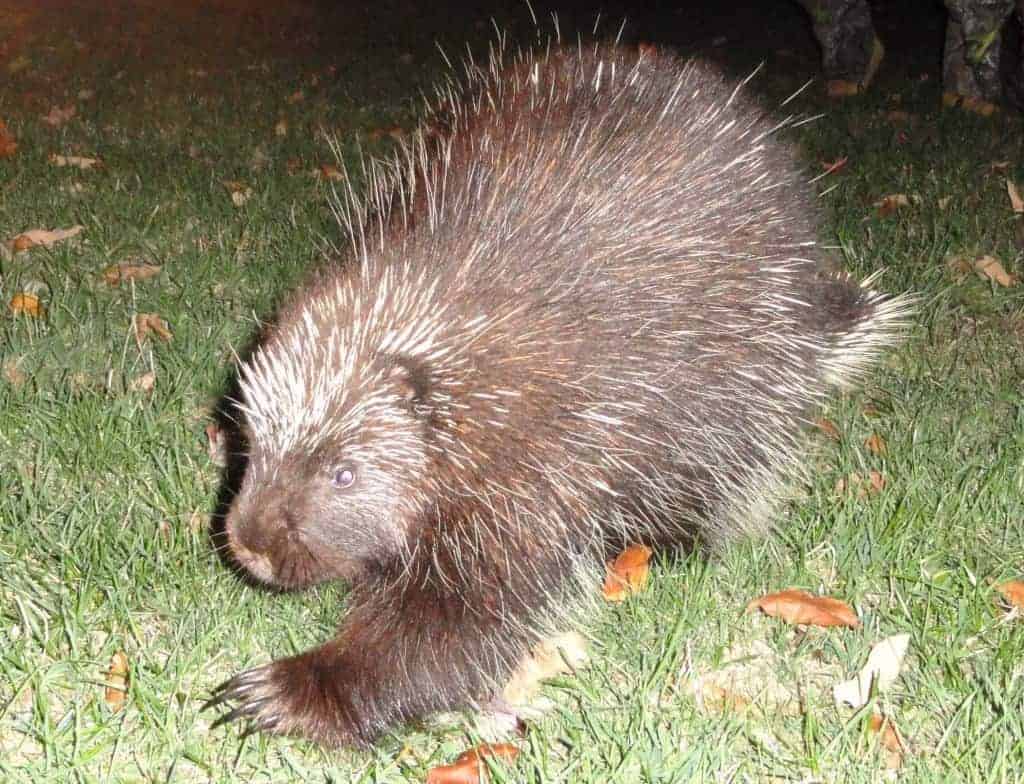 Last fall I found myself slowly working through a mix of hardwood and softwood trees at daybreak on the second day of rifle season in New Hampshire. The weather was perfect – no wind and dry leaves – one of my favorite conditions to hunt. I love having the ability to hear deer coming from a long way away. For one, it affords the time to be ready when they show up, and second, hearing the sound of approaching deer hooves in the leaves is exciting!

There were five of us out hunting that morning – my dad, my brother in law Josh, and two others. The previous evening Dad had shot a deer but we hadn’t been able to locate it before nightfall. We left the trail at dark and decided to pick it up in the morning with a game plan in place to see if we could connect with another deer while on the search. Dad and Josh hung back by the parking lot until daybreak, while myself and the others, were positioned out ahead of their future direction of travel. I made a wide loop to avoid spooking any deer that might be between the parking lot and the area we had left the blood trail the night before and the other guys sat in permanent stands about half a mile away. Regardless of the fact that the blood trail was there, it was also a great place to hunt. With Dad and Josh slowly walking to meet up with me I was in a good position if they happened to bump any deer my direction.

I located where we’d left the blood the evening before and continued to still hunt my way along the trail, stopping to listen every few steps. I wasn’t in a hurry since I was waiting for Dad and Josh to catch up, but the anticipation of following the blood trail prevented me from stopping altogether. It wasn’t long before I heard the unmistakable sound of deer running in the leaves. Filtering at a quick pace through the thick stand of saplings out ahead, it was hard to identify the genders of the bunch. With no bucks present in the group, I took a shot when one of the deer presented an opportunity since my tag was good for either sex.

Though Dad and Josh weren’t far away the deer had come from a different direction so the report of the rifle had come as a bit of surprise for them. I decided to just sit tight until they arrived and then we picked up the blood trail(s) together. We reached the location where my deer had been standing at the shot and much to our amazement we found a porcupine that was deader than a doornail. More dead than the deer I’d just shot. He’d bought the farm, given up the ghost, crossed over to glory and gone to meet his Maker. We were perplexed.

I promised Dad and Josh that I’d shot at a deer, but I could see the doubt in their eyes as I defended myself. We stood around the porker for some time discussing what contributed to his demise, momentarily forgetting the real task at hand. When mystery abounds it’s difficult for three men to walk away without attempting to resolve it. The absence of teeth marks ruled out death by a predator. Old age could be a possibility. Maybe he fell out of the tree above. It looked like a good porker tree. Who knows, maybe the gunshot scared him to death…

I have a long and storied history with these needle filled creatures of the woods, yet I’ve never come across a circumstance such as this. Confusion reigned, but we weren’t about to give up anytime soon. My own confusion over the very reason for their existence has gnawed at me for years. Why do they inhabit this earth with us? As near as I can figure, the purpose of all porkers appears to be to undermine the structural integrity of everything made out of wood and run up massive veterinary bills for dog owners. Somehow they can survive on that, though I’m not sure how. On another note, did you know that porcupines have an extremely weird mating ritual? The male porcupine, while trying to entice a good looking female, will dance and spray urine all over her. Apparently, if the scent of his pee pee is pleasing to her then she will fall in love instantly and point her quills in the other direction – if you know what I mean.  Am I the only one who finds this strange? I told you I was confused.

I once had a run in with a porcupine that almost killed me.  It was another one of those calm, dry evenings and I had a deer walking my direction in the leaves just over the hill and out of site. The slow, steady pace of the deer caused my heartbeat to increase exponentially with each agonizingly slow step. A heart attack was in my future. The methodical nature of the deer’s advance convinced me that it was a monster buck cautiously approaching an early season food source. It turned out to be a porcupine.

That’s not the only time a porker has caused my heart to skip a beat. Last year during muzzleloader season in New Hampshire I was overlooking a fresh scrape about seventy yards down the hill from me and could also see a good distance to the crest of the hill behind me. At the top of the hill, big hemlock trees towered over the forest floor creating a shadowed area backlit by the evening sky behind it. I wasn’t expecting a deer to come from that direction, but I would periodically check over my shoulder just in case. Suddenly I saw movement in the shadows! My heart raced as I reached for my gun, but it didn’t take long to confirm yet another porker. He had climbed waist high on the side of a big hemlock before I had seen him and in the dark shadows his movement gave the impression of a deer just cresting the hill. Had I not had the opportunity to confirm that it was a porcupine before disappearing he would have lived forever as a legendary monster buck in my nightmares.

Encounters like that, though memorable, contribute to the overall disdain I have for these tricksters. How many times can a deer turn into a porcupine? I don’t know. But as we stood over the mysterious dead porcupine on that fateful morning the answered appeared to be: at least one more.