Thank you for participating in the Hunting Photo Contest for 2014! Entering your photo into this contest is a great way to share your memories with other hunters just like you and win some cool prizes! Speaking of cool prizes, many thanks to the contest sponsor, Eyecon Trail Cameras, for being the sponsor this year! For a list of Prizes click here: Prizes

This year the contest will be set up a little differently. There is only one category – HUNTING – and any photo that relates to hunting can be submitted and it can be from any year! How cool is that? 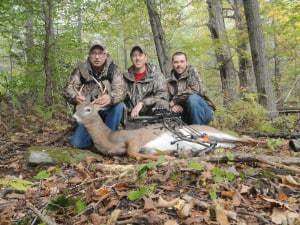 Photos that capture the essence of the fall hunting season are suggested. For example:

Most of all, be creative! Submit pictures that best express the hunt!

How will the winners be chosen?

The winners will be chosen through a head to head voting competition on The 4 Pointer by fans. Depending on the amount of entrants, the number of pictures will be whittled down to a reasonable amount. At that point, they will be placed in a tournament bracket (much like March Madness Basketball) and fans will vote on which photo they like the best. The photo with the most votes will move on to the next round until the there is a champion.

Once the voting stage begins, those with photos still in the contest will be emailed the day before and the day of voting so they will know when they are up. Announcements will also be made via Twitter and Facebook so if you are not connected to The 4 Pointer through those you will want to be!

How many photos can I enter?

As many as you want! However, only one photo per person will advance to the voting rounds.

How can I enter?

Disclaimer – The 4 Pointer is solely responsible for conducting the Photo Contest and choosing winners. No Entrant shall have any claim of any nature against Eyecon Trail Cameras, their sister company Big Game Treestands, or any person that contributes prizes for the contest.