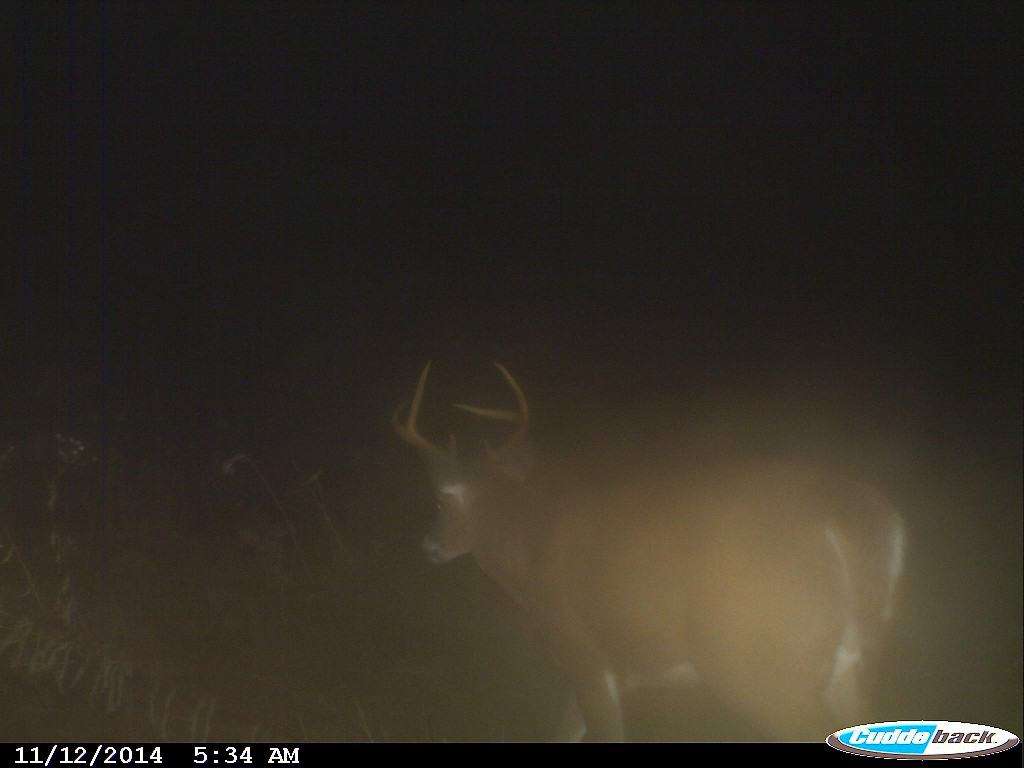 I was looking through trail camera pictures the other day in an attempt to take them more seriously. They are mean spirited devices, each year providing me with pixels of antlered beasts that I’ll never lay eyes on during daylight hours. Sometimes, it seems that the sole reason for their existence is to inform me of what I’ll never end up shooting. It’s awful and exciting at the same time.

I must admit, my strategy for using trail cameras over the years has been pretty bland. I hope to pattern deer in an effort to better my chances of a successful hunt, but in the end I usually only end up with a general understanding of what is roaming the woods. What I lack is a solid understanding of how they are roaming the woods. Perhaps this is a side effect of heavily wooded areas like the northeast where the deer aren’t as easily patterned as their counterparts in the Midwest where open land is more abundant. When it’s all woods, the bedding and feeding areas are more scattered and less defined. This makes patterning Mr. Big a little more difficult.

So, what’s a guy to do? I dug through hundreds of photos to see if I could pick up on any pattern whatsoever, and I discovered something intriguing – maybe even something that could help you use cameras more effectively this coming fall. I learned that we (the people I regularly hunt with) rarely shoot bucks we consistently capture on camera. It’s sad but true. Those are the bucks that live in my dreams but tend to be so rigid in their schedules that they hardly ever stray from their normal routine. They sleep somewhere far, far away and then show up at a food source around midnight still rubbing the sleep out of their eyes.

However, when I looked back through the photos I also noticed a number of bucks on camera that we have successfully packaged into tidy, freezer wrapped stacks of meat. Why? In an effort to learn why I made a list of the bucks on film and compared the time and date stamps of the ones we’ve harvested to the ones we haven’t. It turns out that the majority of our harvested bucks showed up on camera five days or less from the day we shot them. I then questioned whether that was a significant revelation. I think it is.

Just because those bucks hadn’t been seen on camera all year doesn’t mean they weren’t there to begin with, but what it does signal is a significant change in their daily routines. It doesn’t matter where a buck resides, if he goes from being invisible to suddenly being seen on camera multiple times in only a few days it’s a sure fire sign of vulnerability. November is a time of year when bucks (and hunters) get that crazy look in their eyes and start acting differently. As hunters, we can capitalize on different because that’s when a buck makes mistakes, and the unexpected appearance of a new buck on camera might be a sign of his first one.  Correctly interpreting trail camera pictures can put you in a great position to be his second – and last.

If you are hunting a specific buck this strategy probably isn’t worth anything to you. However, if you are like many hunters who are just looking for any quality buck, you may want to spend a little extra time in the woods next time a newbie shows up on camera. I know I will be.

Unlike most of my posts, I’ve attempted to provide you with useful information this time. Hopefully, you can use it to increase your odds of success this fall! Want more? Sign up to receive email updates whenever I post a new blog post. You can do that here: Subscribe  Also, don’t forget to like The 4 Pointer on Facebook

what trail cam did you use?

Hi Kenneth, I use a variety of trail cameras but the majority of them are older Cuddeback models. Plain white flash. They seem to be simple and reliable though I’ve started to lose some to “old age.” Recently I picked up a New Cuddeback Model E2 which is decent and a lower cost Wildgame camera. Feel free to email directly if you want to talk further – tim@the4pointer.com

Thank you for all the tips! I will definitely keep this in mind. Currently, I am using the Moultrie M-990i and I’m satisfied with the photographs that it captures.