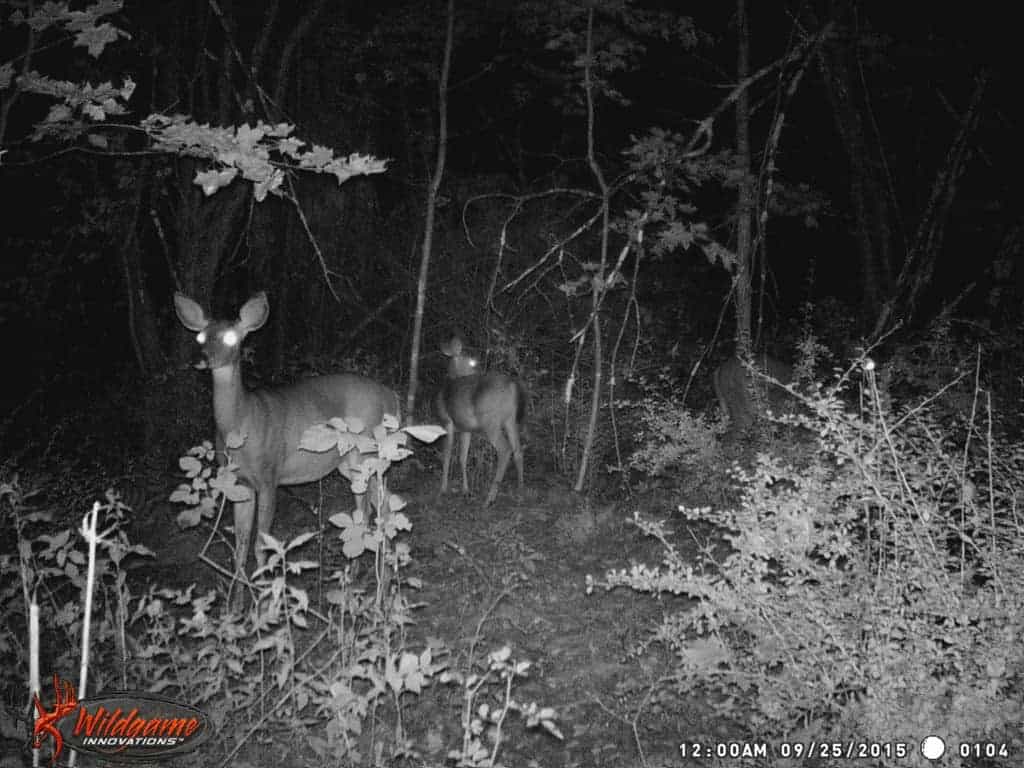 Food. There is a lot of food in the woods. I’ve hunted six evenings since opening day, and I still have yet to effectively pattern the deer. I blame most of that on the large amount of food available throughout the woods. The deer can sleep and eat wherever they want with little reason to move anywhere.

Another interesting revelation is that the deer seem to be moving later in the night than they normally do this time of year. I have a couple of trail cameras I set up on apple trees at the start of the season as a means of taking inventory of what deer are around. Except for a few random daytime shots, all of the deer are moving well after dark. Perhaps this late movement is a byproduct of the full moon. Also interesting is that I’ve only captured one small buck on camera so far, which is not normal.

I hunted Saturday and Sunday evening this past weekend, setting up on a decent trail I’d discovered. It’s not a new place to me (I’ve shot many deer in the area), but it was the first time I’d hunted it this year. A well-worn trail leads straight up the hill from a bedding area below. At the top of the hill the trail winds through a pine thicket until it eventually peters out. An astute observer would notice the trail in the pine needles from thirty yards away.

Trails can be tricky to interpret this time of year. Since no fresh leaves have fallen yet this fall, the disturbed ground that distinguishes the trail is a result of summer long usage. So, what could look like a really hot trail may just be summer leftovers, especially now that nuts are dropping all over the woods and the deer patterns have changed from even just two weeks ago.

My theory about this trail is that it is more about the bedding area at one end than it is about the food sources at the other. Basically, I believe the deer filter towards this trail from the various food sources they’ve fed at all night and then use the trail to walk to their bedding area. I think it would make for a better morning hunt than an evening one.

Unfortunately, I do not foresee any morning hunts for me in the near future so I’ll have to continue to adapt my strategy to the times I have available to hunt. Sooner or later it will all come together. Sometimes, filling a tag is more about persistence than it is about anything else.

I plan on being persistent.

Unless I can get out this week, my New Hampshire archery season will be put on hold since Vermont’s season opens this Saturday. I think I’ll try my luck over here for a while. Be sure to check back for updates every Monday and Thursday. You can follow on Facebook, Twitter, or Subscribe for email updates. Have a great week!