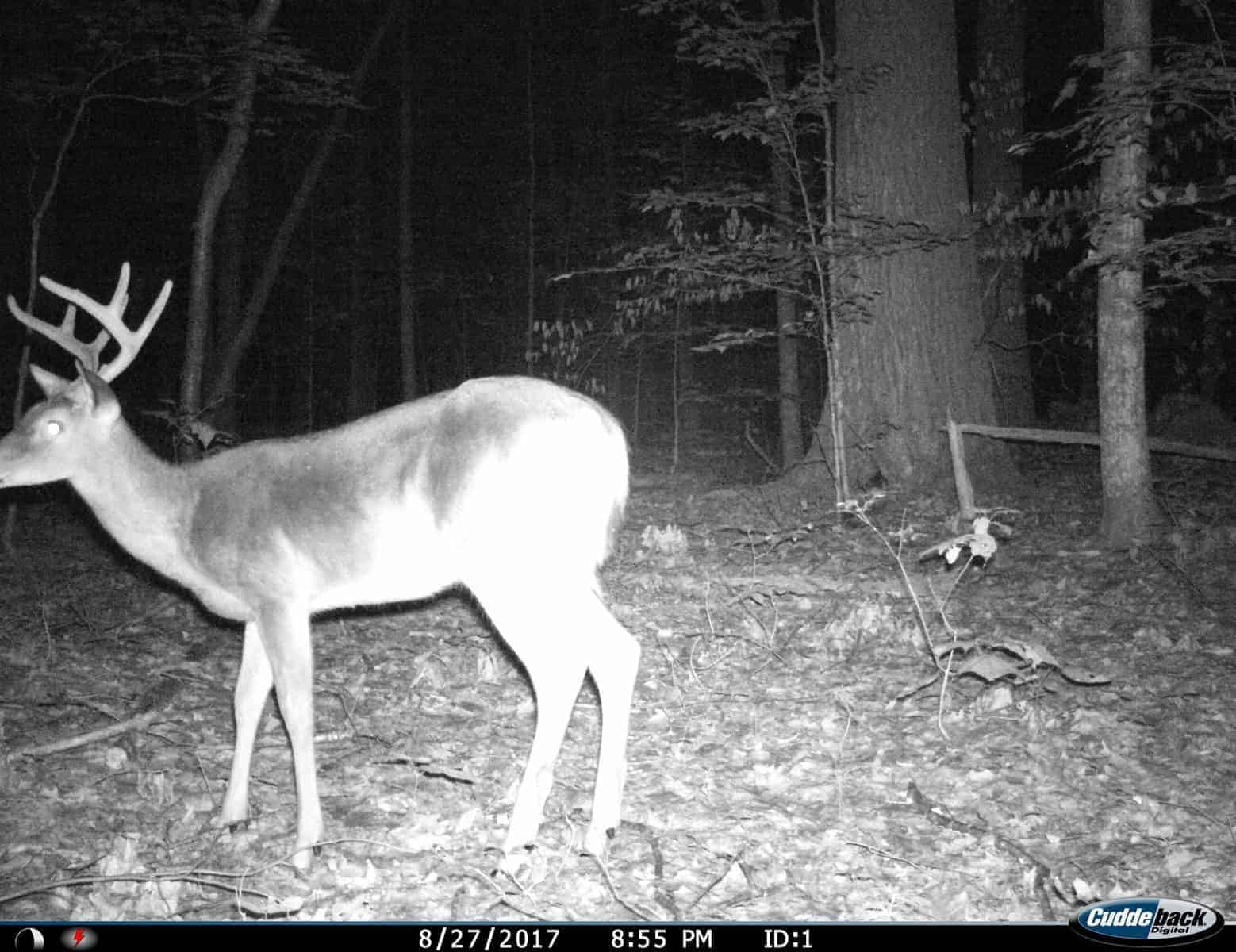 It should come as no surprise that I blew my first opportunity at a deer this year, but after nine months of waiting for the opportunity, I don’t have any regrets.

New Hampshire archery season opened last Friday the 15th, and with it enough anticipation to distract a fellow from his duties at work. I must say, I was slightly more productive than I thought I’d be during the day and the afternoon couldn’t come soon enough. There would be no afternoon hunt for me, but I was able to get out long enough to pick a tree for my climber and get it set for the following morning’s hunt.

A more than depressing trail camera check revealed very little deer activity during the prior week, but at least near the tree I set up deer had been present two of the previous three mornings. Perhaps there was a chance to make it three out of four…

My predawn hike took a little longer than expected. My navigational skills leave much to be desired, especially in the pitch dark. I believe it was J.R.R. Tolkien that said, “Not all who wander are lost,” which may be true for some, but I like to say, “If you see me wandering, I’m probably trying to find my way.”  It took me forty minutes instead of twenty-five to reach my tree, but I still found it before legal light, so there.

As the morning progressed, I slowly came to realize that no deer would come to visit. It was just me, a few of King David’s Psalms, some of Aldo Leopold’s work in A Sand County Almanac, and Facebook. I suppose a deer could have passed by while my head was buried in my reads, but I doubt it. Not much gets by without ol’ Tim noticing. 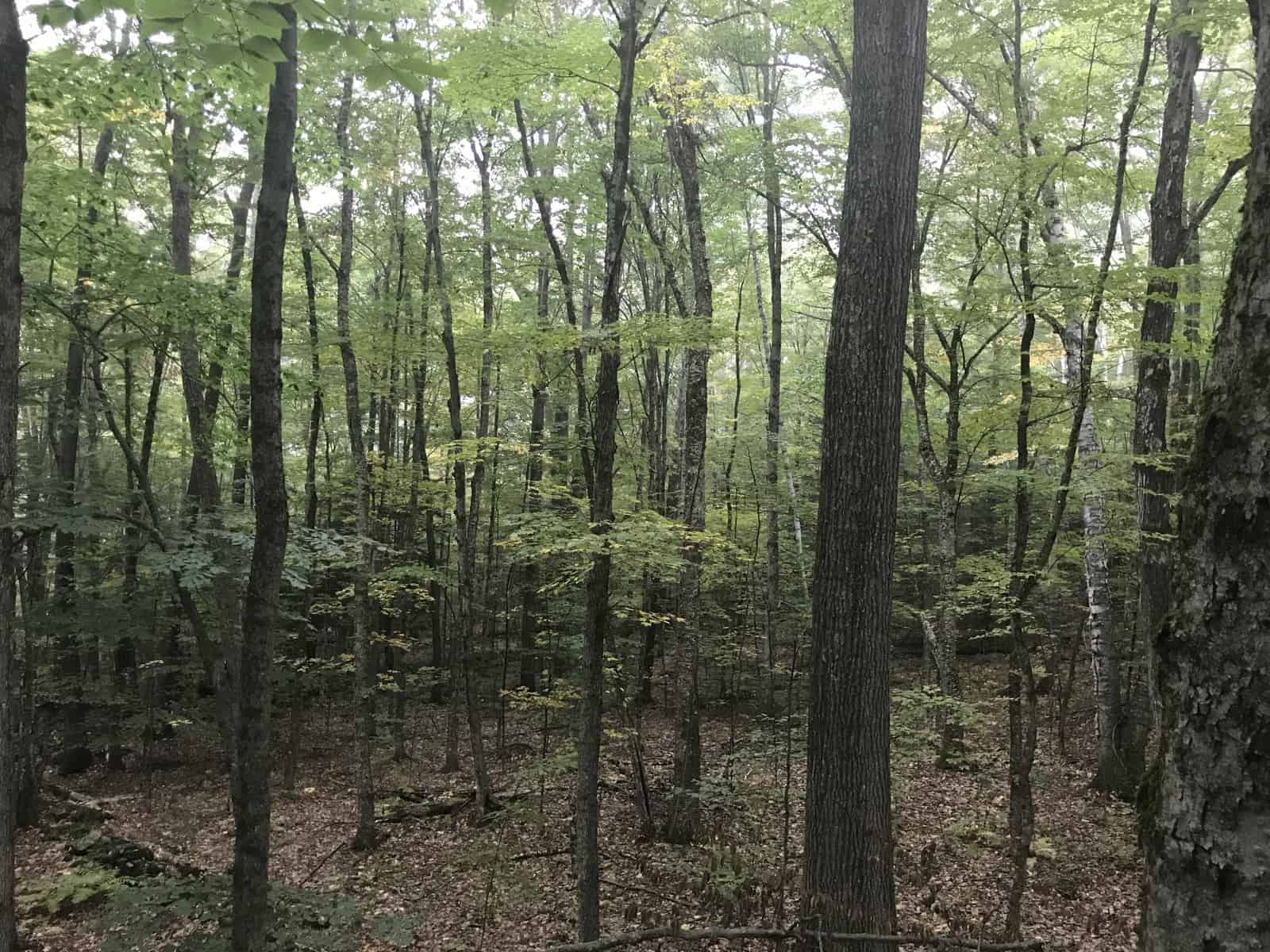 The towering oaks in which I was suspended were raining acorns all morning long. That’s great for the deer, but with a bounty of acorns, beechnuts, hickory’s and apples again this year, it’s going to make the deer tough to pattern. Fortunately for me, I excel in patterning the unpatternable by almost always choosing to sit where they aren’t. It’s a gift.

Leopold was not blessed with the same gift as me and his words bounced around in my cranium as I sat contemplating my next move. “Every farm is a textbook on animal ecology;” he writes in the aforementioned book, “woodsmanship is the translation of the book.” I have a set of Leopold binoculars, but it appears the translator feature was not included with the model I have. Maybe he’s talking about something else. Perhaps I should pay better attention to my surroundings.

On my hike out after the morning hunt, I was feeling like quite the woodsman as I stumbled across a fairly obvious deer trail. I’ve been fooled before into thinking these trails are more active than the sign would indicate, especially this time of year with a summer’s worth of tracks dug into the path. A little further down the ridge, there is another such trail present every year that I finally placed a camera on for the first time to see what type of traffic it receives. As it turns out, not much. Just sporadic does and fawns – no bucks. The bucks seem to wander a lot more than use trails, but I bet they aren’t trying to find their way like me. 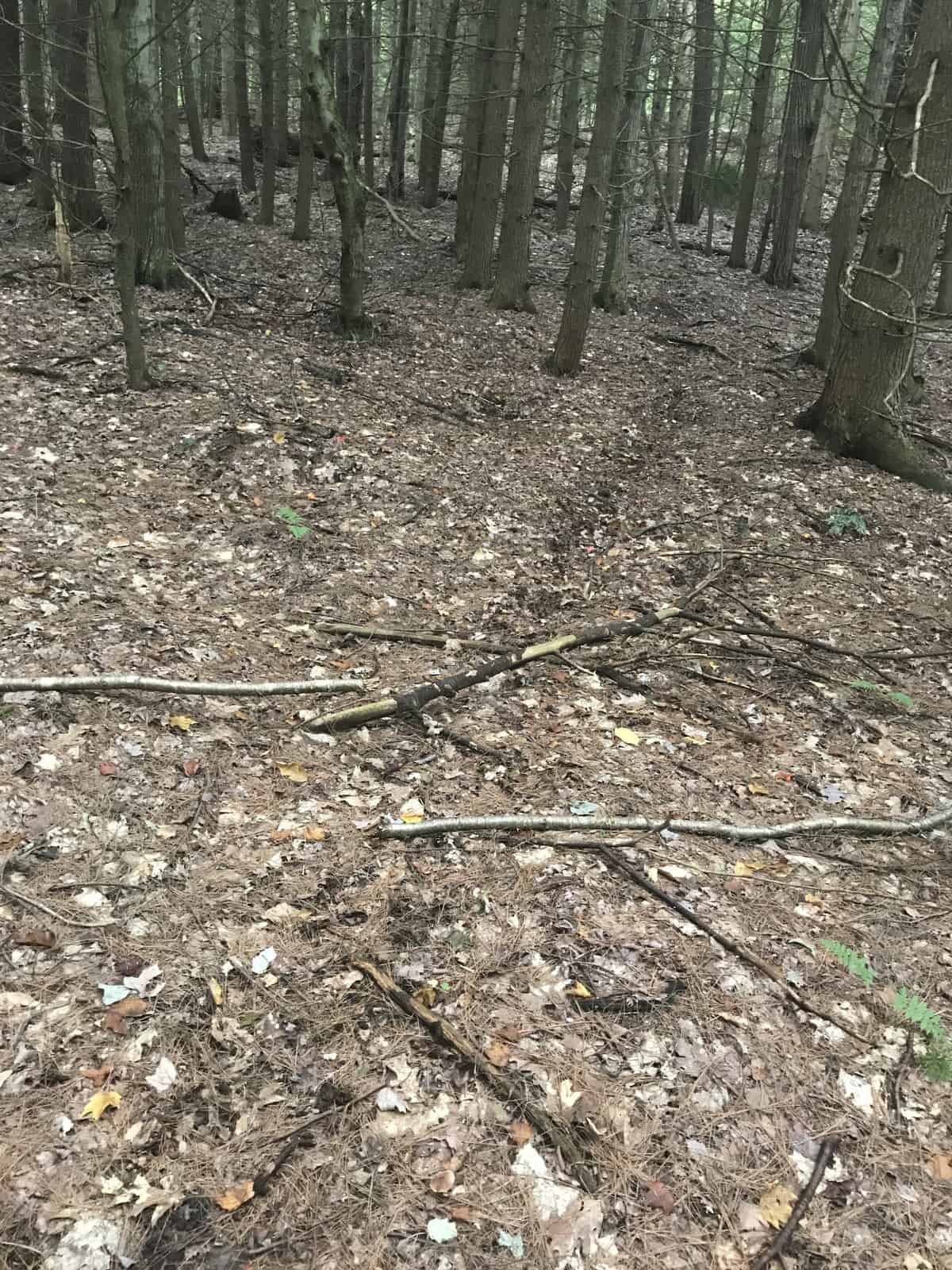 I decided that if I had a chance to hunt Sunday evening that I’d make a point to get a trail camera set up on the trail – a modern-day version of Leopold’s translator, I think. If I’m not smart enough to figure it out on my own, eight double A batteries and an SD card should help.

I moved off the trail twenty yards after placing a camera and found a couple sizeable trees to hide behind as I waited for the barrage of deer to amble their way along the trail. Around six o’clock, I heard the unmistakable noise of an intruder into my peaceful world – the occasional branch breaking, leaves crackling underfoot – you know what I mean.

I turned around to scan the mix of mature pines and hemlocks with my binoculars and located the source. A deer! My first encounter of the year. Sunlight danced off the reddish hue of his newly velvet free rack as he fed along under the large oaks that were interspersed between the sea of evergreens. At a distance of seventy yards, all I could do was watch as he fed in the opposite direction.

I had a small amount of hope that he may turn and come my direction, although if he did he’d end up above me in elevation which would give him the upper hand visually. I readied myself and waited. Just as I’d hoped, he reappeared about fifteen minutes later, this time at less than forty yards. He was walking to my left and angling away again. My only chance was to stop him and hope I could get a solid range on him on more time since he’d been walking when I ranged him the first time and I wasn’t entirely sure I’d ranged him or a tree behind him.

He stopped on the crest of a hill above me when I asked him too, and I could see his hind end but that’s it. I lifted my binoculars for another look only to see him staring right at me. I had thought his head was behind a tree, but his face had been obscured by the dark shadows created by the big pine next to him and I never noticed. He noticed me, though.

“This isn’t going to end well,” I said to myself as I watched him stare at me intently. Sure enough, it didn’t. I call that a woodsman’s intuition. Eventually, he took a couple bounds and then trotted away. I’m convinced he was never totally sure what I was and the wind was perfect so he didn’t smell me either. He just caught my movement as I lifted my bino’s to my eyes. Oh well.

Despite the mistake, I still consider the hunt a success. I have plenty of trail cam pictures of this buck over the last five weeks, so I knew he was in the area. I also knew he wasn’t in any kind of pattern. I just so happens that Sunday evening I put myself in his path. It all seemed so natural as I watched him feed along as if it should happen each time I hunt. At least it seemed natural until I blew it.

It helps that he wasn’t a true monster, otherwise I’d be very disappointed. By the end of October he’ll be around 150 pounds, probably. He’d be a fine buck with a bow and stack nicely in my freezer should I get another chance at him and seal the deal. My chances to hunt will be fewer and farther between as the calendar approaches the arrival of Baby Biebel, though. Theoretically, this child could show up any day now.

In an effort to increase my opportunities to hunt between now and then, I threatened to not shave until I fill my first tag. The “scruffy, Brad Pitt look,” as I like to refer to it is not viewed the same by my wife. She thinks I look like a junior high boy still navigating my way through puberty. She may have a point, but I’ll tell you this – I feel much more like a woodsman when I’m studying deer sign while stroking the sparse hairs on my chin.

It sure feels good to get back in the woods in pursuit of the wily whitetail! Best of luck to you all in your own pursuits.