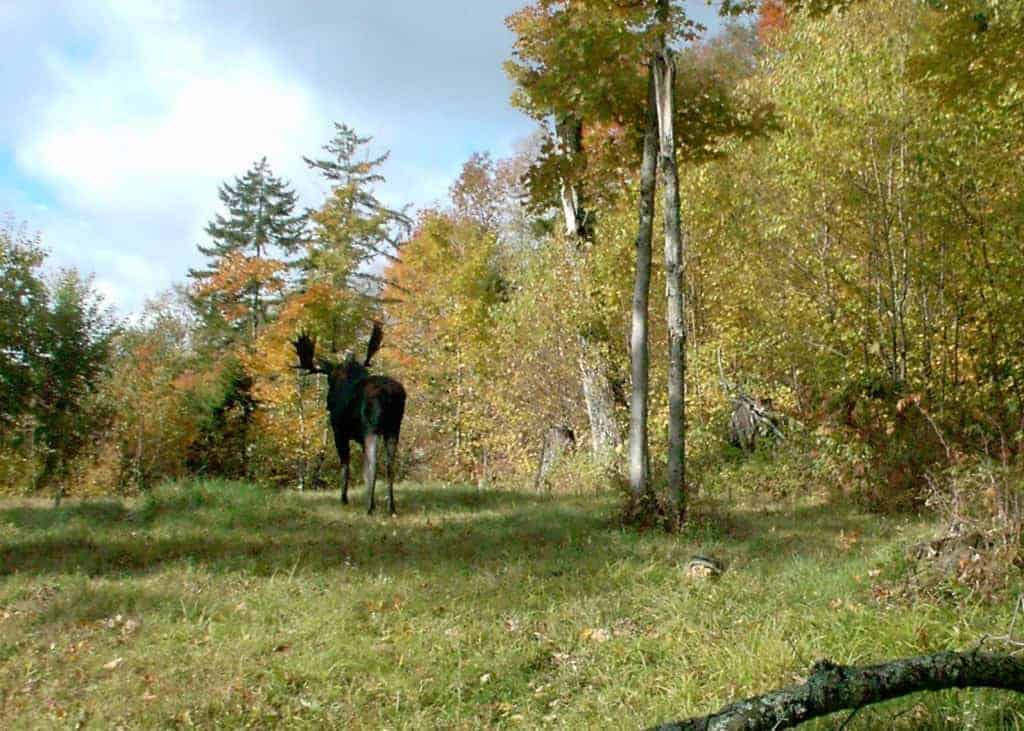 In the last week I’ve had two very concerning events take place in my life, which has me a little on edge. Actually, it was three events if you count my three-year-old neighbor who, with hands raise high, demanded to know why I’d accidentally thrown a Frisbee in his yard. “I had an off night, kid. Sorry!” But the first of the two main reasons I’m on edge is that I went for a run with my wife the other day and experienced a passing feeling of enjoyment. That’s totally out of character for me. Second, and again out of character for me, was filling out my Vermont moose permit application almost a month ahead of the deadline. I usually reserve this activity for the night before. What is wrong with me?!?!

For instance, Units B & C on the northwest area of the state, along with Unit E1 in the Northeast Kingdom are allotted the highest number of permits at twenty and twenty-five, respectively. Is it smart to choose those units as my highest priority? I bet the majority of hunters choose those units because they think their odds are better to draw there, but in reality the odds could actually be worse because of the high volume of hunters who apply thinking they have a better chance. In contrast, Units M & O only have a combined total of ten permits allocated, but there is the advantage that they are closer to home. Perhaps hunters might actually rank them lower on their priority list due to the small number of moose permits, which may increase my odds of drawing there even though so few permits are given out. What is the right answer?

A lengthy discussion with a friend over the best approach turned into a discussion filled with respect over the quarry we are after. For instance, did you know that moose can dive eighteen feet under water to forage for their favorite menu items? That’s incredible. How long do they spend down there, I wonder? Imagine you are scuba diving at you favorite Vermont pond at a depth of eighteen feet and a monster bull moose swims by with some greenery hanging out of his mouth. Good day, sir! you think to yourself as he swims by. Fancy meeting you here. Should I plan to have a spear gun on hand in case the moose are nowhere to be found on dry ground? After all, it makes no sense to hunt anything in a place it doesn’t exist. Then again, quartering up a bull moose eighteen feet under water would not be easy.

I fear the conversation is a smokescreen, however, and I wonder if my friend is purposely changing the subject to spear hunting for moose so I don’t apply in the same management unit as he did. He ends up being of no help, and I’m back to square one. Should I, “Eeny, Meeny, Miny, Moe” it? Cast lots maybe?  Activate the emergency church prayer chain? Perhaps do the practical thing and pick units closer to home as a higher priority? Or maybe I should get back to work and do it later? It’s so stressful.

And then as if I’m in some sort of a trance, my hand guides the mouse across the screen and it prioritizes my choices under its own will. Before I know it, my management units are prioritized and I breathe a sigh of relief. I deactivate the church prayer chain and scroll down to the page to finish up, only to face the reality that I haven’t filled out the archery section of the application yet. I’d been so engrossed in making the correct choice for the rifle lottery that I’d forgotten all about the archery lottery, which is what I really want to win!

Despair sweeps over me again as I wade through a new set of criteria. Fewer permits are allotted for archery, placing even more weight on my choices, but somehow I get through it and finalize my application almost a full month ahead of schedule. I resist negative thoughts that I’ll never win and instead try to focus only on what I can do from this point on that would increase my chances of drawing the elusive moose permit.

I could have a positive attitude about everything for the next month, or actually get stuff done around the house when I tell my wife I am going to. It’s not my fault the shelves in the basement took two years to finish – they don’t build themselves.  Next time I drive through a toll booth I could pay it forward for the person behind me with hopes that my kind gesture would tip the lottery scales in my favor. Plus, I’ve already said, “Sorry” for singing along with Justin Bieber’s latest song. I didn’t know it was him until after the song was over, honest!

The anticipation for drawing a permit for the hunt of a lifetime and the potential for a freezer full of moose meat will be almost too much to bear over the next month, but I think I can do it. This year I may even attend the drawing live in an effort to bolster my chances of winning. I’m not sure if that will help, but I can’t hurt, right? Ugh…it’s so hard to wait.

Tim– Your odds are better than you could imagine. Check with Cedric Alexander, but I think the number of permits drawn is equivalent to those available– meaning, that if person “X” gets drawn and her first choice is already taken, then the lottery slides down to her next choice, and so on down the list. So the last hunter drawn only has one unselected unit left on their application. (That’s how they fill zone N applications– who would hunt down there by choice !?), No need to give me a headline. It’s your blog. Are you going to the Springfield… Read more »