It Was Love at First Sight 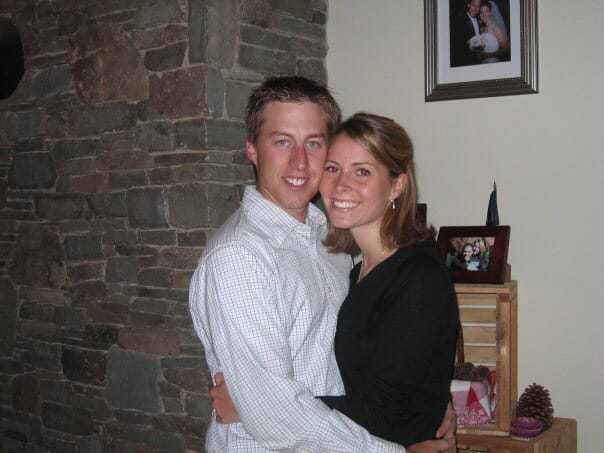 I had just finished up a meeting and was discussing an upcoming scouting trip with a friend. He knew of a worthy quarry nearby and was willing to take me to the area where he had seen some sign in the past. When we got there I was floored! Right there, standing within sight, was the most incredible image I had ever seen. Her California sun kissed skin radiated towards me and caused me to sweat profusely. I blamed the sweat on the tennis match (meeting) I had just come from but it didn’t matter to her. I could tell she was smitten from that very moment. And why wouldn’t she be? Think about it from her perspective. Standing in front of her was a stunning Vermont boy, transplanted to Tennessee and soaked with sweat. It’s understandable.

I hadn’t yet opened my mouth to ruin the moment – I just let her soak it up. Time stood still but I eventually grew enough courage and introduced myself. She was there visiting her sister (who is married to the guy I was playing tennis with). After that unforgettable introduction my intuition was telling me she would want to spend as much time with me as possible that weekend. My studies were very important to me but I reluctantly set them aside for the weekend so we could get to know each other better. At one point in the weekend I took her for a ride on the back roads of Tennessee and played her my favorite song which was “I’m Gonna Miss Her,” by Brad Paisley. That left an impression on her she still reminds me of to this day. What can I say? I’m good at what I do.

At the end of the weekend I managed to get her number before she left to head back to California where she was attending college. I knew she’d been trying to give it to me all weekend but was to shy to offer it so I finally asked.

Over the next few years I willingly set aside my studies each time she came to visit. There was one particular weekend I remember well. I had an Anatomy and Physiology exam the following Monday that I hadn’t prepared for due to her visit, but I felt it was important for her to know she took priority. The class was notoriously difficult, and although I enjoyed it immensely, I enjoyed being with her more. Needless to say, I showed up for the exam under prepared which was reflected in my test score.

It was obvious to everyone that for her it was love at first sight. For me, the 64 on the A&P test was the defining moment. It was then I knew we were meant to be. I think my professor summed it up best when he said in front of the class, “What happened, Biebel?! You spend too much time with your girl last weekend?” Before answering him I had flashbacks of the weekend and then a smile came across my face and I said, “Yes sir. I sure did.”