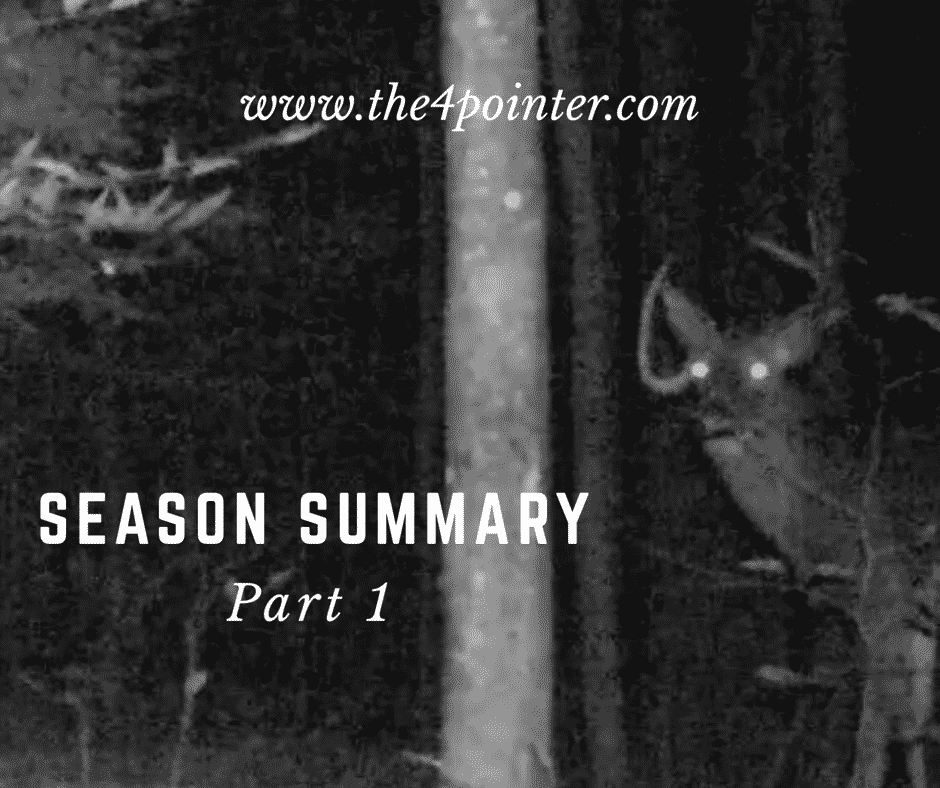 Ending the season with unfilled tags is not a failure, but not learning from your mistakes is. As I reflect on the past season, I am still trying to determine what mistakes, if any, I made. I am not talking about lazy mistakes, such as not paying attention at a critical time. I made plenty of those. I’m referring to strategic mistakes like interpreting sign wrong, moving too often, and hunting the same areas over and over to name a few.

My first “mistake” was not scouting at all before the season began. Like many of you, I find it hard to make the time to head to scout in the preseason knowing full well that I will be spending large amounts of time in the woods in the coming months. A guy can only be away from home so much. So I’m not entirely sure this is a strategic mistake as much as it is a simple reality of life.

The question is, would it be more effective to hunt less and scout more? Probably, but I also use the early archery season (in NH) as a time to scout for hunts later in October and November. This strategy has worked well for me in prior years, just not this year. Deer are changing their patterns drastically near the end of September and the early part of October, so it pays to be in the woods at that time to get a sense for what they are doing.

Like last year, the main challenged I faced this fall was the amount of available food in the woods, particularly acorns. New Hampshire and Vermont were similar in that regard. There were acorns everywhere! Couple that with the warm temperatures that extended through October and into early November and it made for tough hunting. Conditions like that make for lazy deer with full stomachs who have no reason to move. 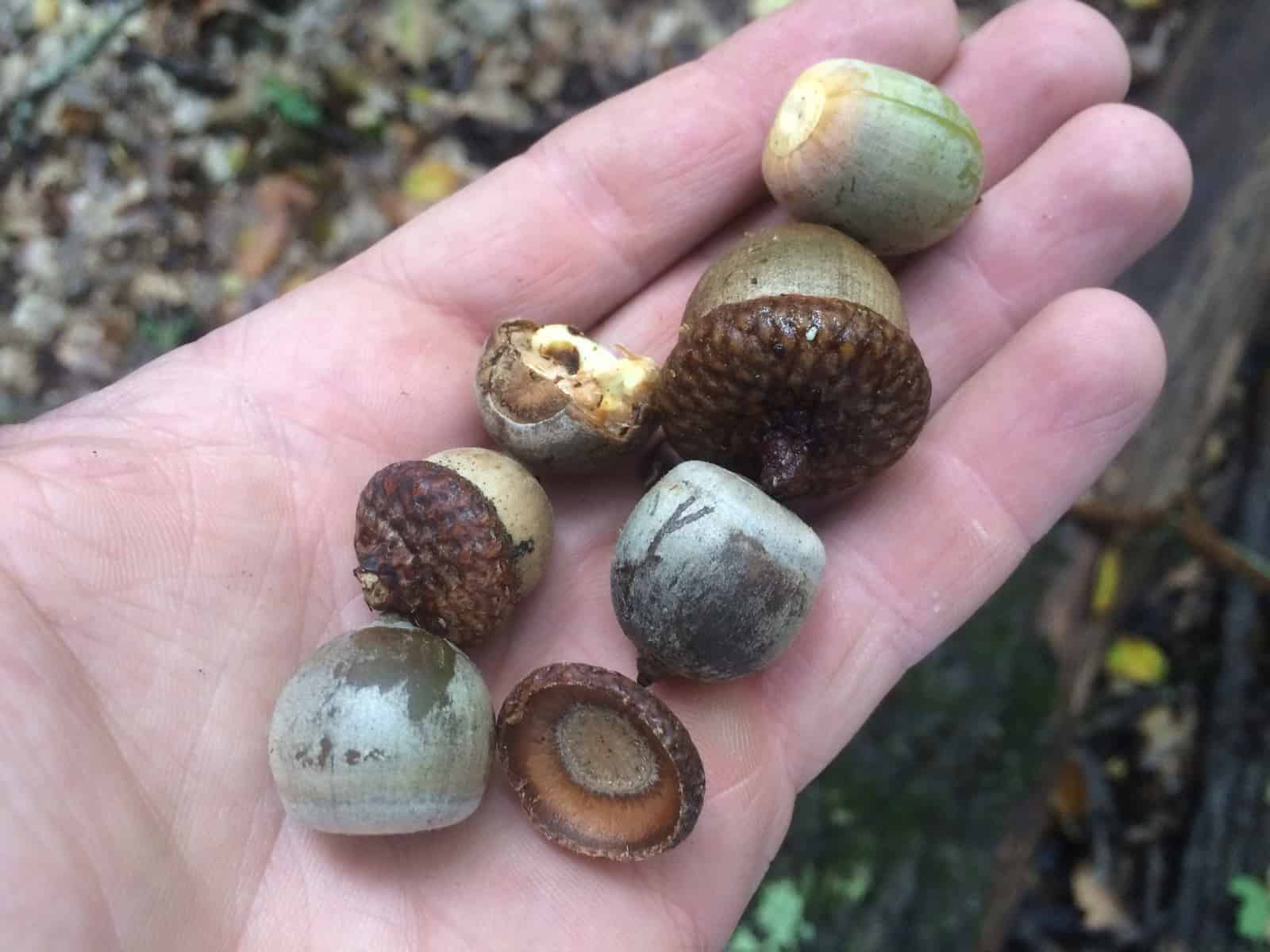 I look at it this way. On Sunday mornings before my Sunday school class starts, there is typically a decent spread of food to rummage through. If I hit the line early enough, I can return for seconds and the newcomers will think I am going through the line for the first time like them. (Side note: it’s important to stash the dirty plate somewhere to be more convincing that you haven’t been through the food line yet.) Let’s just say that if my wife needed to find me at that time she would know where to look. Thanks to the concentrated food source, I am easy to locate. Deer are no different.

On the other hand, in an after church potluck setting the food is spread out on multiple tables in the fellowship hall. My movements are much more difficult to pattern in that scenario. Plus, if I happen to see someone I’d like to talk to near the food table I’m currently hovering over, it’s highly likely I’ll take a seat next to them and talk for a bit while I munch on my food. That’s exactly how the deer were this year. They were full and lazy with no motivation to move, just like me after a potluck dinner. It made for tough hunting.

My strategy took a twofold approach. (Spoiler alert! Neither one worked.) During the New Hampshire firearms seasons I hunted the same general area day after day. During Vermont rifle I was very mobile. Believe or not, I actually had reasons for the different approaches in each state. Let’s take a look at New Hampshire in this post.

In New Hampshire, I was more stationary than in Vermont, mainly due to exciting buck sign in one particular area. Multiple rubs and fresh scrapes popped up every day. Over the course of two weeks I counted fifteen scrapes and five rubs along an 800 yard line according to google earth. I’ve never seen anything like it before. Perhaps I’m wrong here, but I think the reason for the excessive amount of scrapes this year was because the deer were so spread out and bucks were traveling further distances to find love.

I hung a Cuddeback on one of the scrapes and was thrilled to see an old foe responsible for the mess. I captured this buck on camera three years ago when he was just a young pup. He’s very recognizable because his right side is messed up. 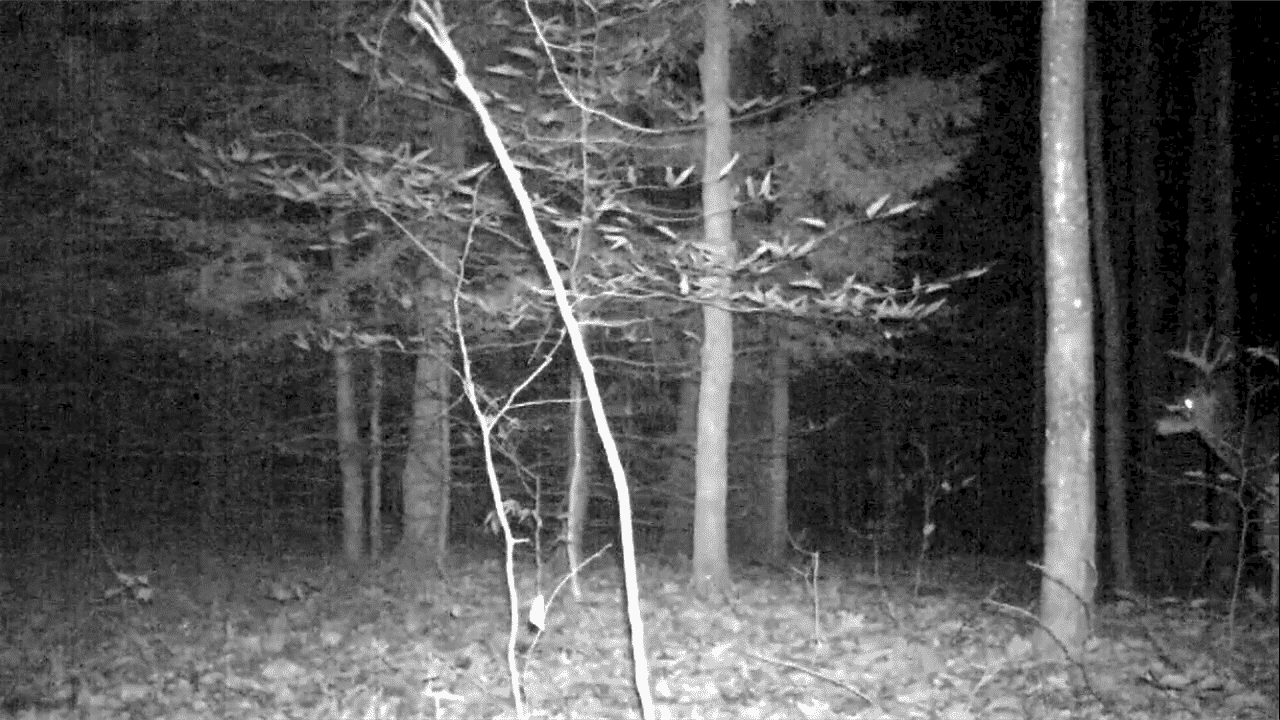 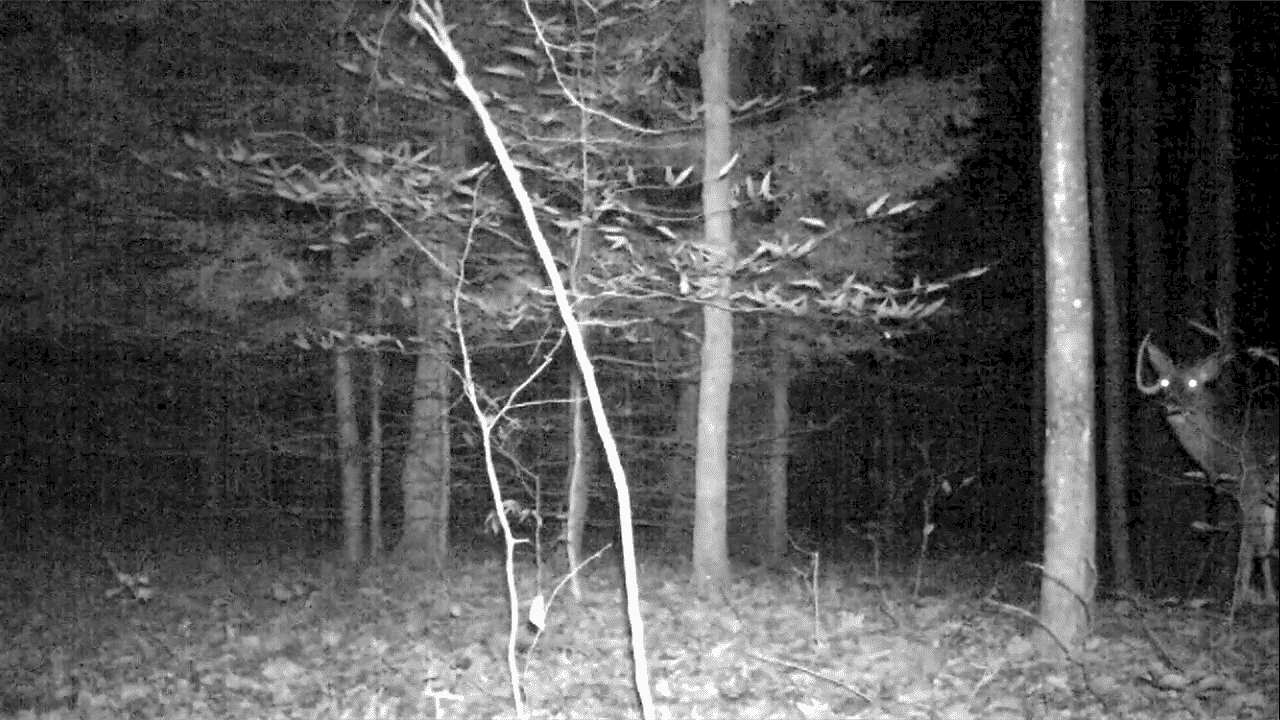 He’s a survivor. No one that I know of in our group has seen him and we’ve never captured a trail camera photo of him during the daylight, even when he was a younger deer. We barely missed each other the morning I pulled the SD card and learned he was still around. He had made a fresh scrape three hours earlier right behind the camera, so I knew he was working the area. To say I was excited would be an understatement. Here he is three years ago: 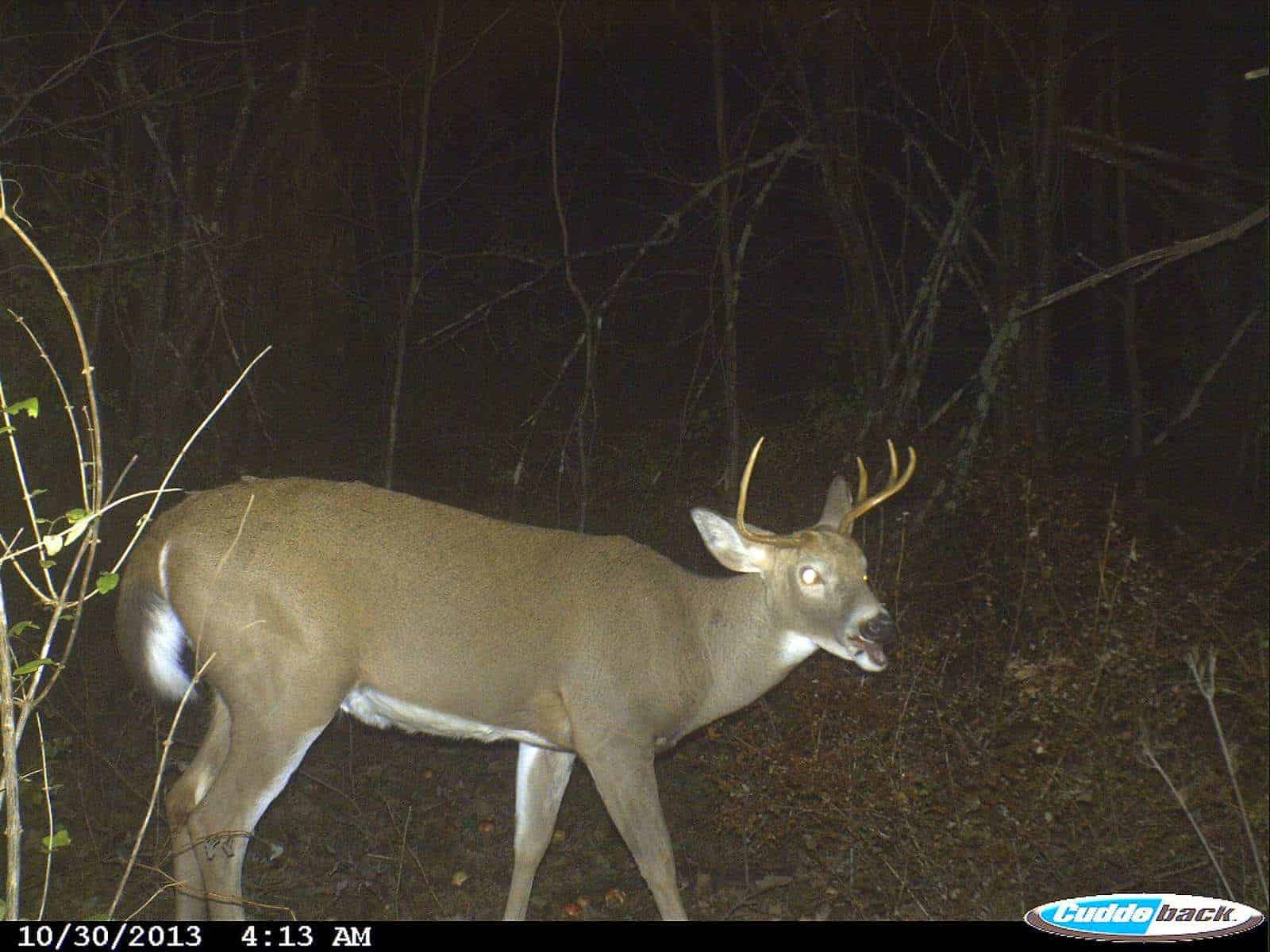 When I had time to hunt in the mornings, I moved as close as I could to where I presumed he was bedding with hopes that I could catch him as he was heading back to bed for the day. It was exactly a one-mile hike from my truck to where there was a pinch point between two small bodies of water that created a natural deer funnel. When I had time in the evenings, I hunted the same basic area. Other than one evening when I saw five deer in the area, I had no luck.

Was my strategy wrong or did we just miss each other? More times than not I wasn’t in the area during daylight hours and my camera wasn’t out for more than a couple of weeks. A small four point showed up around 8 A.M one day, but that was the only other buck I captured on camera in the area. 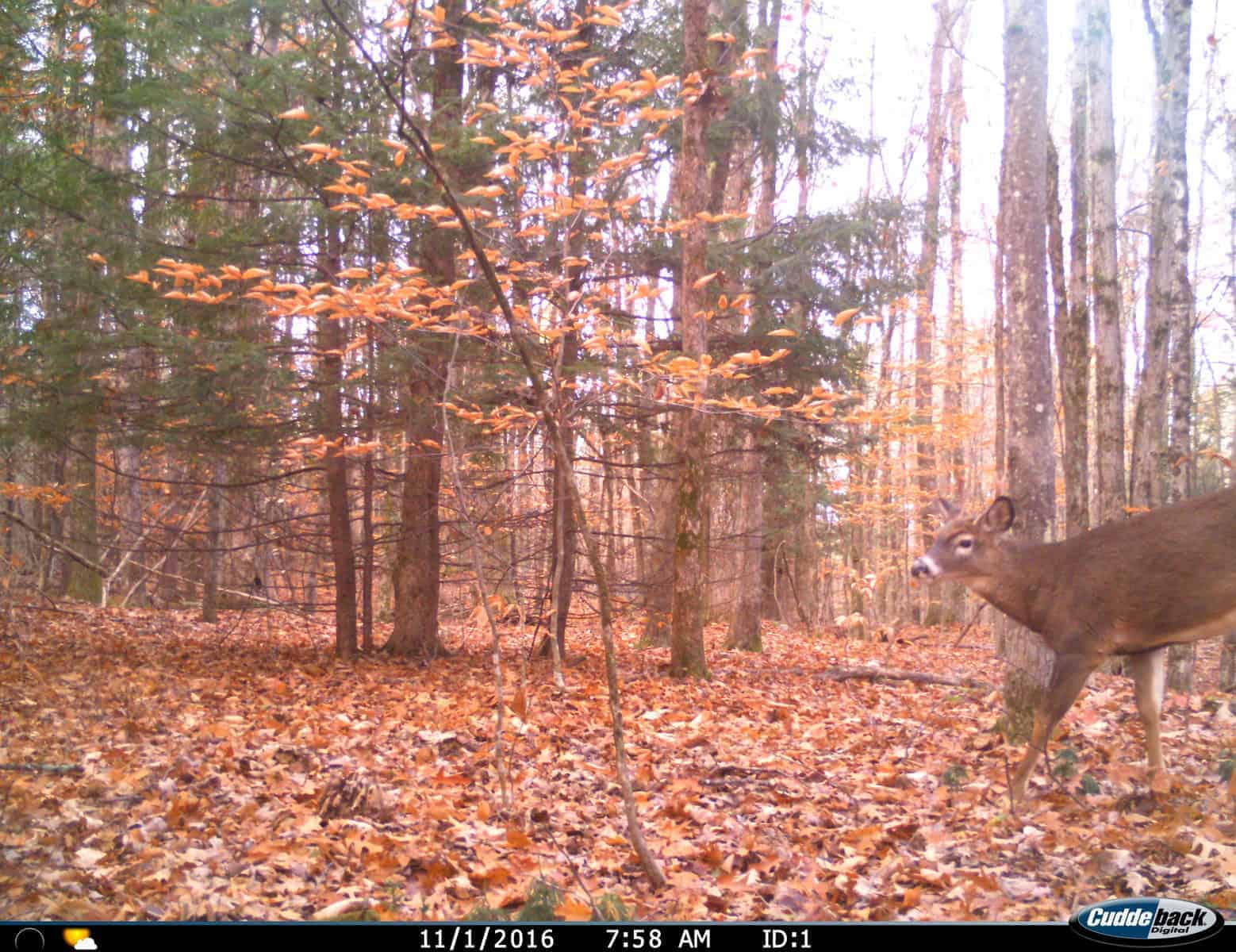 I guess I still don’t know if I’m a victim of my own strategy or of the abundant food source. I do know that I wasn’t able to fill my tag, so in some sense my strategy didn’t work out. Either way, I’m a victim in search of a safe space.

I did manage to shoot one little doe with my bow toward the end of October. The weather was cold and blustery and it was the first day of the year where it felt like I was really hunting. The warm weather had hung on way too long. I watched the doe for a long time before ultimately deciding to shoot it. I knew it was little when I shot but shot anyway. It was a quick kill and she tasted great. On one night when my wife was working late, Sam and I cut our dinner off the deer and cooked it together. It was good for him to see where his food comes from and he seems to enjoy the process from start to finish, so it made for a good time. I do not regret shooting that deer. 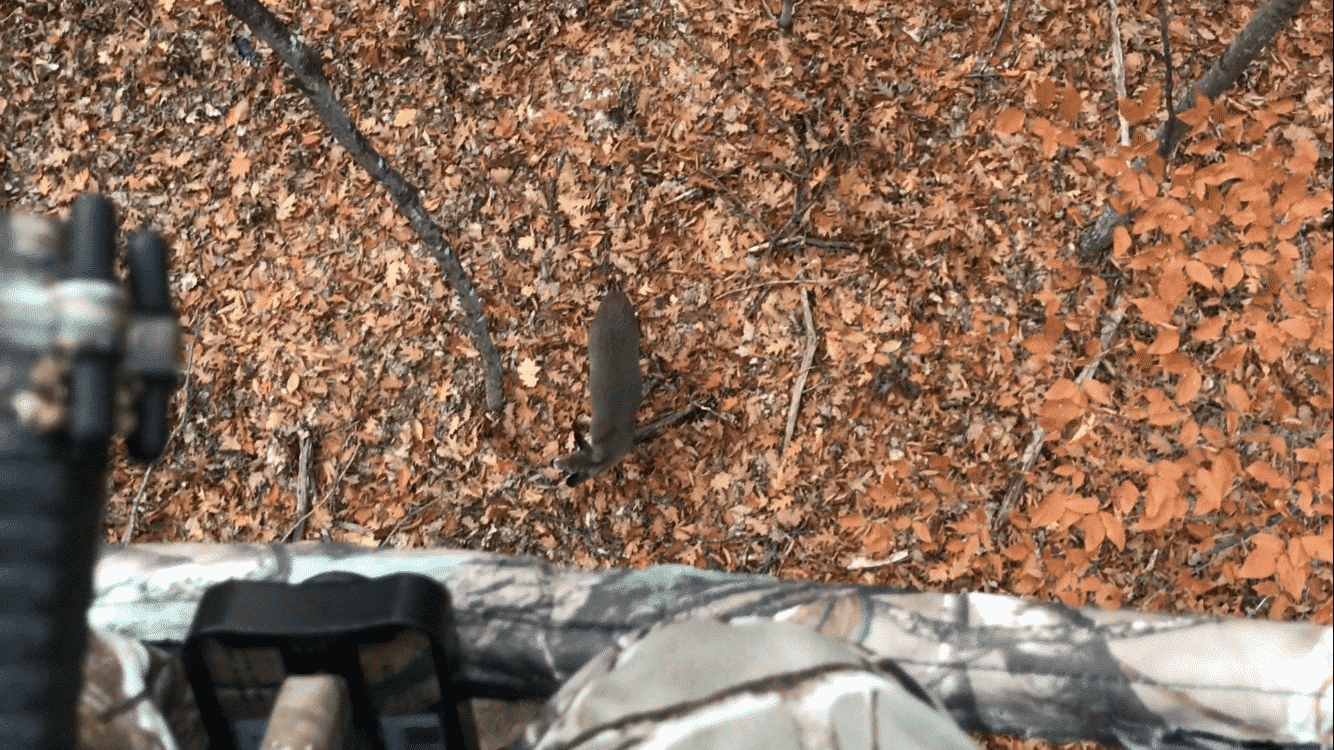 Looking back, this little doe was one of the only true encounters I had with a deer all year where I was able to sit back and observe it for a while. All other meetings were very brief, which made for a depressing year, quite honestly.

In Part 2, I’ll relive the highs and lows of my Vermont Season, share some of what I’ve learned, and what I’m looking forward to next year. Be sure stop back in.

As always, thanks for taking the time to read my posts. If you are in the Christmas spirit, please share with your friends and subscribe. You can do that here: Subscribe