Hunting in November – How does Vermont Rank? 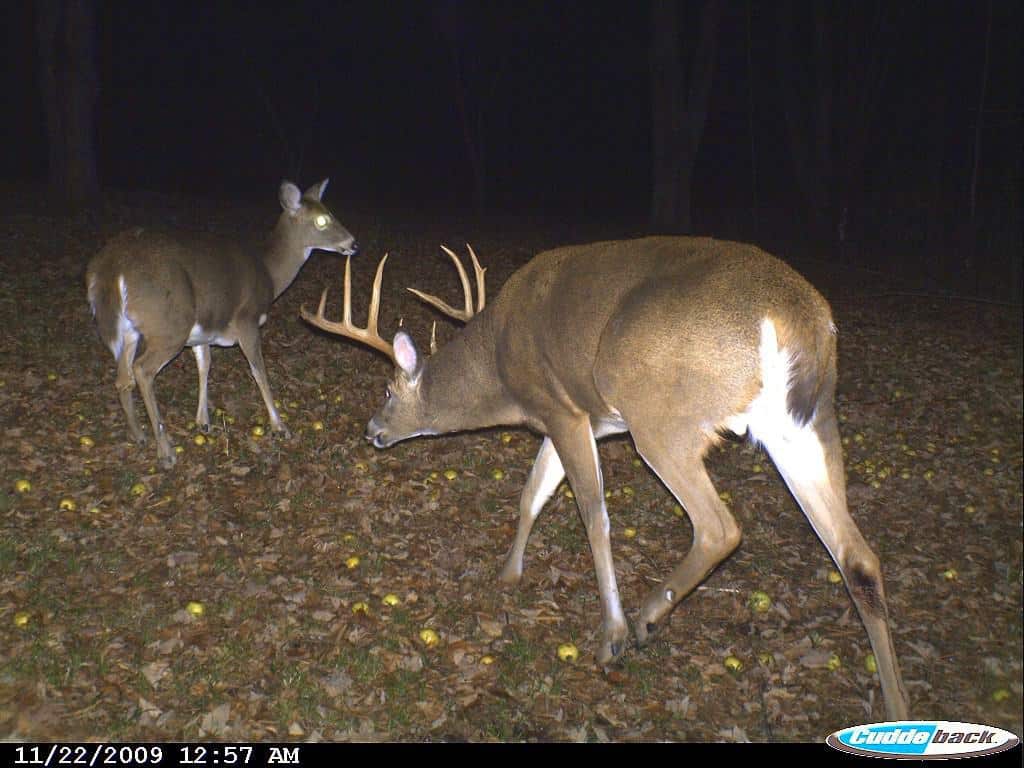 As the popular Sesame Street song goes, “One of these things is not like the other…” When it comes to deer hunting in early November, Vermont is certainly the thing in the song that is not like the others. I have often pondered why Vermont doesn’t have an open deer season for the general public during the pre-rut phase, which in Vermont occurs in the first half of November. This part of the rut is considered by many as the most exciting time to hunt bucks, not only because the chances of successfully filling a tag are higher, but because the overall experience is better. Bucks are on the move cruising for does, making scrape lines, and more receptive to calling. That combination can make for an exciting hunt!

What prompted my little bit of research into this topic were the many comments I’ve read in the past stating that Vermont is the only state that doesn’t allow hunting in early November. I wanted to know if this is true, so I did some digging. Is Vermont alone here?

I decided to only include states north of the Tennessee and east of, but including, the Dakotas. The timing of the rut becomes later and later in the year the further south you go and the main point of this exercise was not simply to determine what states allow hunting in early November, but which ones allow hunting during the pre-rut when it occurs in November, so I did not look at the southern states. Also, the whitetail deer herd west of the Dakotas is more broken up and the state regulations tricky to decipher, so I didn’t bother including them in the results. But in case you were wondering, the majority of them had open seasons during the first half of November in some part of the state, including Montana, Wyoming, and Colorado which are popular hunting destinations for whitetails.

In addition, I qualified an open season as any season open to the general public, whether it is archery, crossbow, shotgun, rifle, or muzzleloader. I did not include special seasons such as youth, veteran, paraplegic, etc. in my results. It should also be noted that states vary widely in the ways they manage their deer, which should come as no surprise. As one example, our neighbor to the west, New York, has an open season in the first half of November in some parts of the state but not all. Conversely, our neighbor to the east, New Hampshire, has multiple seasons open in the first half of November across the entire state including archery, muzzleloader, and rifle!

Keep in mind that this chart merely indicates that a particular state has an open season for whitetails in some part of that state, but not necessarily the entire state as mentioned previously with New York example. I will also add that in the majority of these states archery was the only season open.

I did confirm that Vermont is on its own little November island, however: 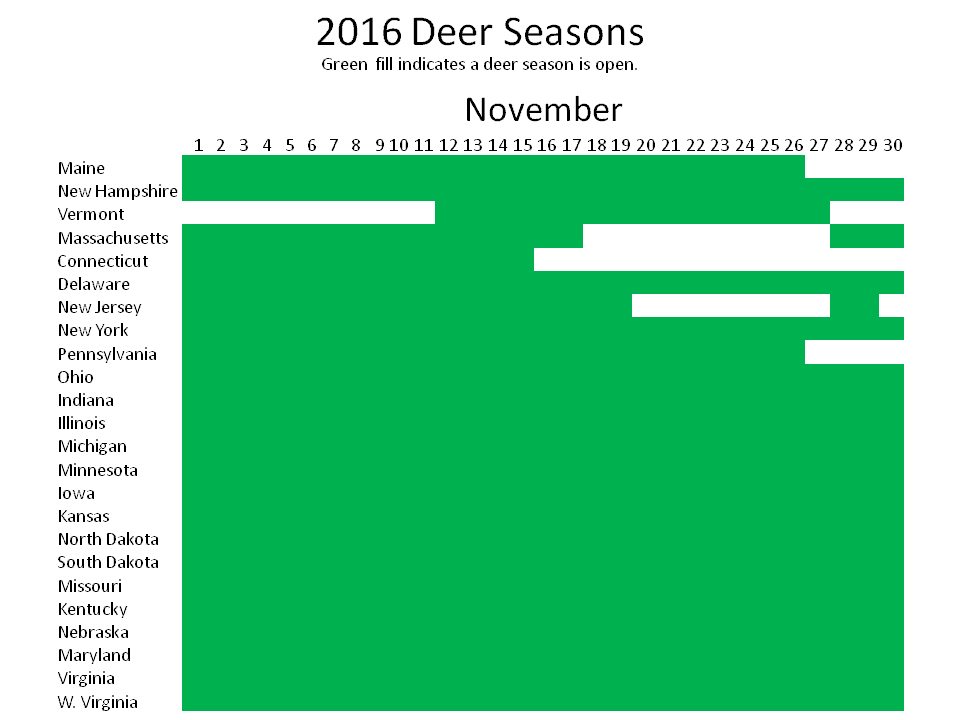 Is it good or bad that Vermont is the only state without an open season in the first part of November? I’ll let you decide.

I finally got some trail cameras up over the weekend! I noticed plenty of bear, deer, and moose sign, along with a good crop of apples and nuts. It’s going to be another one of those years where I can’t decide which location to hunt!