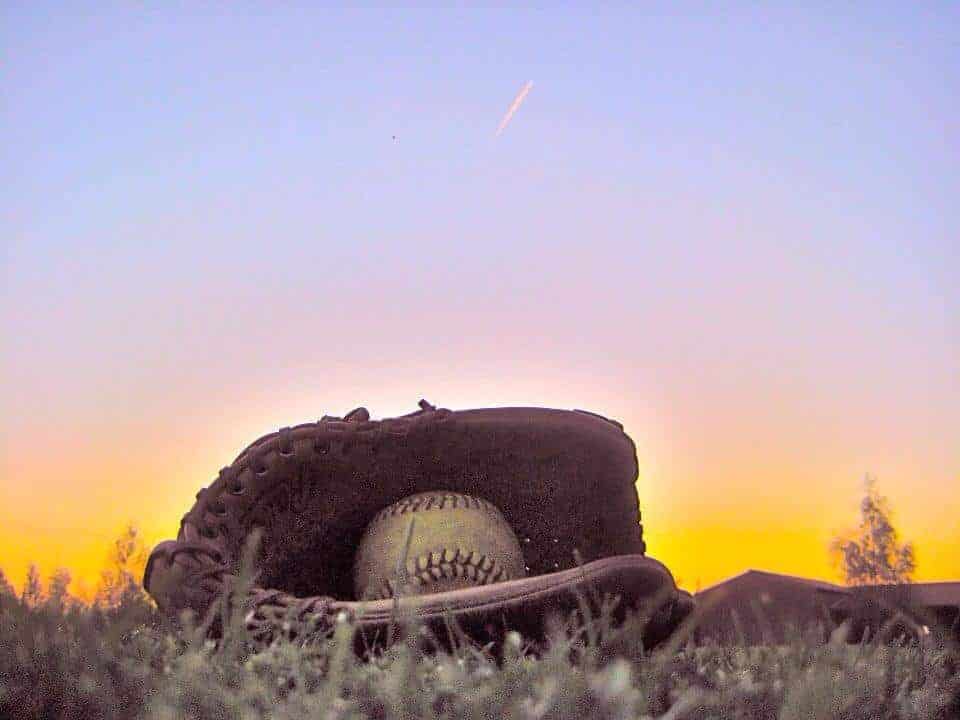 “Maybe you should take this as a sign that you should live a more active lifestyle,” my wife chided me last Sunday morning when she saw I was moving a little slow after a two hour softball practice the day before.

“Maybe you should take this as a sign that you should live a more active lifestyle,” I annoyingly repeated back to her. “Now come over here and give me a massage.”

The deep tissue massage I desperately needed didn’t pan out, especially after my gruff response to her comment. That’s why she’s labeled me “The Morning Grumpster”. So maybe she’s right. I don’t exactly live a highly active lifestyle. If you count the number of times I have gotten my heart rate up over the past year it would probably equal the number of times I saw deer while hunting plus each time I mow the lawn. But just because she is right doesn’t give her an excuse to give me grief about it and I would appreciate it if you told her.

I was sore because after a 20 year retirement from the baseball diamond I accepted an invitation from my neighbor to play on the neighborhood softball team in a local charity event. Softball? Yes. Especially since I knew there was a chance that some of the games would be played on the little league fields where I ended my first career on the diamond.

That retirement came at the end of sixth grade when I was too old to play little league any more. During my last year of eligibility my coaches thought I had the best arm on the team for some reason and that it should be saved for the championship game. My last memory from that field involves an image of the scoreboard where the score read 22-6 in favor of the other team. Needless to say I had some unfinished business there.

We split our first two games on the softball field (which has no fence) but since it was a double elimination tournament we were still in it. For the third game our location was moved from the softball field to the little league field which had a fence. Perfect. Now, I’m not normally considered a power hitter and up until that point I had only approached every at bat with the intention of hitting singles over the infielders so the guys behind me could drive me home. However, the closer I walked to the little league field I became transformed from pre-steriod Barry Bonds to post steroid Barry Bonds (at least mentally). Just because I was batting second in the lineup didn’t mean I wouldn’t be swinging for the fence.

I stepped up to the plate for my first at bat with no intention of swinging for a base hit. It was all or nothing this time. My last memory of this field involved nothing (instead of all) and my aim was to erase every bad memory with one swing. That slow pitched softball hung in the air for what seemed like an eternity before it was finally close enough for me to unleash 20 years of pent up fury. My eyes must have been as big as silver dollars by the time it floated in and with the crack of the bat I knew I’d found redemption. I watched that towering shot land just on the other side of the fence and I rounded the bases like a pro. So what if little leaguers can do that. That doesn’t matter.

The best part is that I followed up my first home run with another even better struck than the first. Five RBI’s in one inning baby. That’s more than my entire little league career. 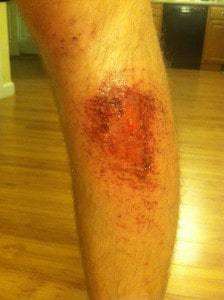 Alright, I know what you’re thinking – “Get a life, Biebel”.  Well, just so you know I do have a life and I left every bit of it on the field Sunday afternoon including a lot of skin from my left leg. Somewhere between 2nd and 3rd base there is a fair bit of skin that belongs to me. (It’s OK, it was for the children.) I always say that if you’re going to play, you might as well play hard and that’s what I did. Sure I may have stretched the truth a little for this story – that’s because I’m lacking hunting content in the off season and needed something to write about. Then again, every good story does have an element of truth to it. 🙂

Field Notes: Contrary to my personal opinion, the softball tourney wasn’t organized just so I could redeem myself from my little league days. In fact, it was for the Windsor, VT Recreation Center and over $6300 was raised by having a little bit of fun by many and a lot of hard work by a few. Very Cool! Thank you Justin Ciccarelli and others! If you feel so compelled to give a little bit so young kids can continue to make memories they’ll live with for a life time you can contact Justin Ciccarelli with At Bat 4 Windsor’s Kids. His email is Ciccarelli.justin@gmail.com and phone number is 802-299-8973.

New to The 4 Pointer? You can read last weeks post about an unexpected morning with my son here: Puddle Huntin’ or you can read my most popular hunting post here: Applying TV Terms to the New England Deer Hunter. If, after reading these, you are worried you might miss out on some of this nonsense you can subscribe by email in the right hand column of my blog.

Tim- Great article, you are quite a writer. You were a better baseball player than you give yourself credit for. Thanks for printing this and maybe I will join you next year for my “swan song”. Bob H.

Thanks Bob! There was a Hingston sized hole in the lineup this year. It’d be great fun to have you there next time!