Happy Anniversary – Lessons Learned After 10 Years of Hunting Seasons Together 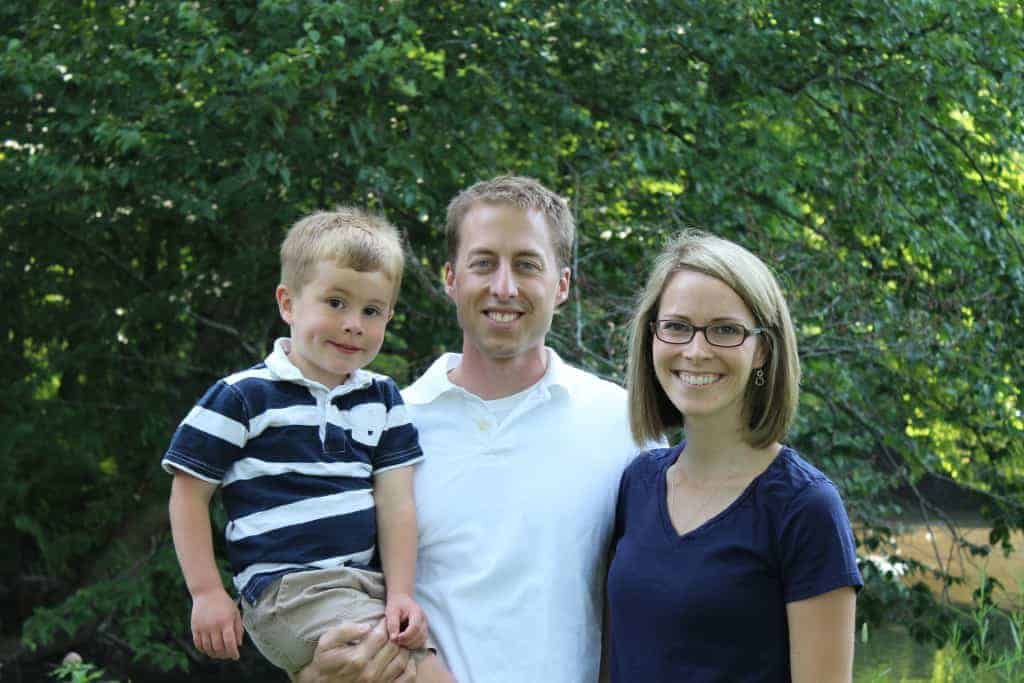 My wife and I were married on this very day ten years ago in a small town in southwest Minnesota where agricultural fields are prevalent and curves in roads are rare. Even rarer still are hills. If you can find even a small one you can see forever. So far, in fact, it will make you wonder if a single tree exists within 100 miles. It’s no wonder tower blinds are so popular for deer hunting; there isn’t a place to hang a deer stand! Ridiculous.

I’ve learned many life lessons in our first 10 years of marriage but not as many as she learned during our first few hunting seasons together. You see, we have a somewhat unique history and I should explain. I first met her when she came to visit her sister who happened to attend the same college as I did in Tennessee. Steph was attending college in California – roughly 500,000 miles to the west.  When we saw each other for the first time it was love at first sight. The feelings were undeniable – I could see it in her eyes. I remember telling her that she was beautiful, but that I really needed to get to know her before I’d be as willing as her to call it love. She remembers it very differently. You’d think after ten years that we’d have our story straight.

Our dating relationship was entirely long distant. In fact, when we married we hadn’t spent more than two consecutive weeks in the same zip code together! So, when I mentioned that she learned a lot during our first fall it’s because she didn’t have an adequate understanding of the depth of my love…for chasing the elusive whitetail deer. I didn’t keep her in the dark on purpose while we were dating, but when reality hit she looked like a deer in the headlights. Her pupils are still adjusting to this day.

It’s not like I tried to intentionally mislead her. I didn’t even consider things I said to be lies at the time; they just turned out to not be true later on in the fall. For example, I remember telling her that if I shot my deer early in the season I’d be done hunting. What I failed to mention was that I was only referring to the current season. I accidentally left out details about the late muzzleloader season and archery season…and the option to hunt a second state. I filed it in the misunderstandings category while she filed it under “outright lies.” You’ll have miscommunications from time to time in marriage, I’ve learned.

To this day she still has a hard time keeping all the different hunting seasons straight. The source of the confusion can likely be traced back to our first fall when some of the unintentional misleadings were uttered from my mouth. But after ten years how many times must the season dates and different tags be explained? And she says that I don’t listen! Maybe for our anniversary I should give her a calendar with September 15th through December 15th blacked out to try and simplify things for her. Simplicity is good in a marriage, I’ve learned.

Despite those things, I actually convinced her to go hunting with me that first fall. On a beautiful sixty degree evening we sat on a rock outcropping together that overlooked a hardwood ridge. It was a great early season spot to ambush a deer snacking on fresh nuts. I was confident we’d see deer which is why I took her there. She read a book and swatted mosquitoes while I stared at leaves on the trees until darkness fell. We didn’t see a deer that night, and thanks to all of the bug bites she swore she’d never go again. I suggested she try again later in the year when the temperatures dipped below freezing since there wouldn’t be any bugs. “I can’t think of anything more dreadful that sitting in the freezing cold while waiting for deer that don’t exist.” she said. I guess some people just don’t get it. Maybe in another ten years she’ll come around. Patience is good in a marriage, I’ve learned.

The only thing I managed to bring home that first fall was a nine-pound turkey. I couldn’t wait to tell her how I’d made a thirty-eight yard headshot on the beast after strategically positioning myself to elude its keen eyesight. At the time, she did not fully appreciate the results of my awesome archery skills displayed before her on the tailgate. So what did I do? I told her the story over and over of course. “Thirty-eight yards in the head! Right where I was aiming! Look, see that? That’s where my arrow sliced through the base of the head. That’s right where I was aiming! Did I mention that?” I repeated excitedly.

“It doesn’t look very big.” she replied. I’ll tell you this: one thing I have learned in ten years of marriage is that she is very willing to express unfortunate truths when I bring home game. You would think that by now she would have a little more tact when conveying her feelings over my successes in the woods, but it’s not the case. Last fall I heard that same basic phrase when I showed her my first deer of the year, except after ten years she now knows the difference between big ones and little ones, so there was an added touch of confidence in her voice when she congratulated me. “Wow. That’s not very big at all.” she said. Speaking the truth to your spouse can hurt, I’ve learned.

As you can see, she has learned a lot from me over the first ten years of our marriage. Life is at its best when two people are willing to work together to deepen their love for one another.  It takes effort, I’ve learned that. Efforts such as getting up early, dragging deer half a mile back to the truck, and sitting in the freezing cold while waiting for deer that don’t exist to name a few. Each one of those efforts makes up a small part of the self-sacrifice necessary in a marriage in order to make it work. If you aren’t paying attention it would be easy to miss some of those important life lessons that are often so obvious. It makes me wonder what life lessons she’ll learn this fall. I bet she is wondering the same thing.

In all seriousness, I couldn’t imagine going through life with anyone else. Her willingness to put up with and support my passion for the outdoors is only one example of how she demonstrates her love for me daily. What she saw in me all those years ago I still do not know. I know what I saw – I just had no idea it would be this good.