Guest Post by Steve Farrow: Self Taught and a Good Shot!

Steve is a self taught hunter and in his first four years (3 really) he is off to a good start! I’m always impressed by people that are willing to try something new and Steve is no exception. Hunting in Vermont is not an easy place to learn how to hunt but if you can master it here, you’ll do just fine anywhere. Way to go Steve!

Self Taught and a Good Shot! 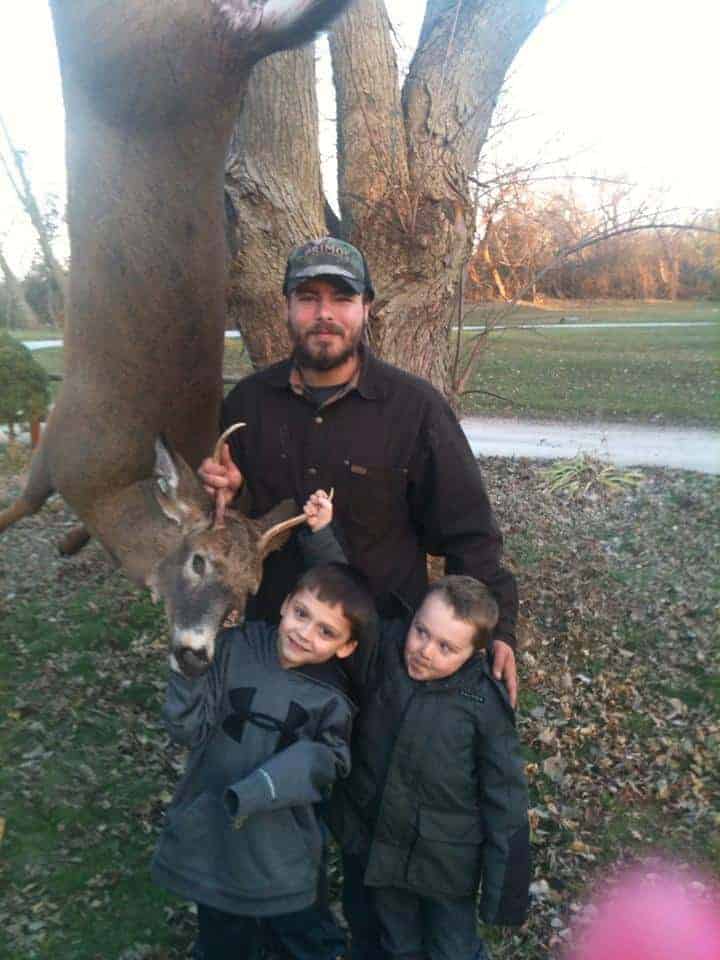 I started hunting in 2009. I grew up not knowing my father so I never had anyone teaching me the ways of hunting, but during my sophomore year of college I decided that I wanted to learn. I wanted something that could take my mind off of the daily grind of school! So I enrolled in an all day hunter safety class and passed. I borrowed a rifle from a friend and took to the woods.

My first year was a bust. I saw a couple doe in one spot and was indentured by a person walking a dog in the same field before anything else could walk out. It did not take me long to determine that I liked being out in the woods and during the off season I purchased my own rifle – a Savage Edge in 30-06. I picked up an inexpensive climber and a game camera, and I took to the internet and whatever articles I came across in magazines and began to learn. I still, to this day, scour the internet for new tips and advice.

All summer long I counted down the time until the 2010 season started and when it finally arrived I took to the woods. The first week was a bust and on that Friday of the first week I had class but decided to check my cam before classes. The cam location I had selected was on a straight line of rubs and sure enough just before light there had been buck activity on the cam that morning. So the next day I opted on moving my climber further in as I would not be able to shoot a deer that came through that spot that early. I followed the tracks for as far as I could until I lost them. I went a little further down a small bank into some hard woods and decided that my spot would be there. I knew there was a stream straight ahead of me, some thick pines to the left, and a small field behind me. It was two windy to sit in the stand on Saturday so I roamed around, and Sunday was my fiancés birthday but Monday morning I was in my stand before the sun came up. 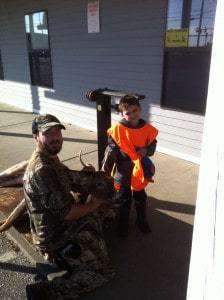 The little snow that we had received over the weekend had crusted over and made getting into the woods quietly near impossible. The walk to my stand seemed like it took a life time but finally I had arrived. I set my unloaded rifle up against a tree, turned around and listened to the sound of my rifle fall over. I picked it up and returned to my climber, after making it about half way up the tree I had a foot strap break on me and had to jerry rig it to hold. After getting to my spot on the tree I tied off and began to pull my rifle up only to have the clip slide up my sling and my rifle fall over again. Once getting everything in place I figured my rifle would be so far off that if I did see something I would not be able to hit the target. I had been sitting for only a short time when I heard footsteps coming through the woods to my left and looked up to see a buck walking down over the bank in my direction. I took about a 60-70 yard shot and watched him fall about 30 feet from my stand. Once down the tree I approached a 6 point buck that weighed in at 160lb, my first buck! The next year of 2011 I followed it up by tagging a 115lb 3 pointer.

The 2012 season was a disappointment for me. I moved across the state of Vermont to an area that is mostly posted farm land, and tore my meniscus on the first day. I was not able to go out into the woods, so my 2012 season was nonexistent. With the injury and the lack of land to hunt, and no time to scout do to change in work, 2012 was a bust and a season that I try not to count. This year, 2013 was much different for me. I had cameras in the woods around the end of July scouting out new places to hunt and trying to put down a doe pattern. I was successful in finding a good spot to hunt and when the first day arrived I made sure that I was the first person in the woods on this public use wildlife management area. Not much of the morning had passed when shortly after 8am I watched the buck pictured below start to take his final walk down the draw where I placed my blind. He came within about 40 yards from me and when I had a lane open up I gave him a bleat that stopped him in his tracks. I took my shoot and watched him take off only to drop about 30 yards away. He was 154lb 4 pointer. This was my third deer in realistically only 4 seasons of hunting.

All of the deer I have taken have been taken with one shot and all have fallen within 30 yards. My first was a heart shot, my second a lung shot, and this one another heart shot. If I sound like I am bragging it is because I kind of am. I take pride in the fact I did not have anyone growing up to show me the way, and everything I have learned I have learned through my own curiosity, asking questions and researching. I can only hope that my boys, 4 and 6, continue to show the interest that they have in hunting so that someday I can experience their joy of their first, second, third, etc. deer. 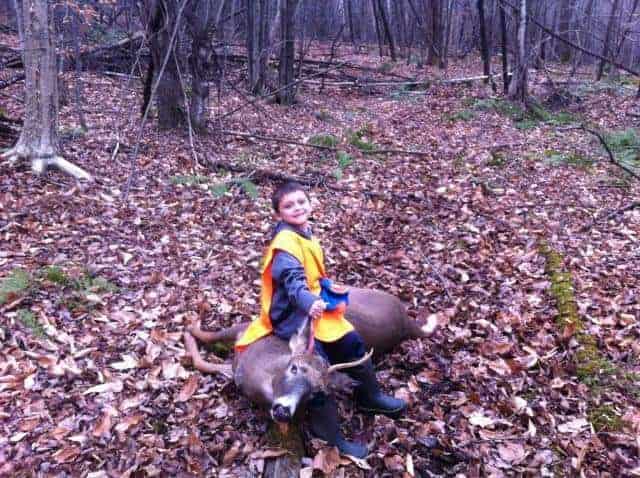