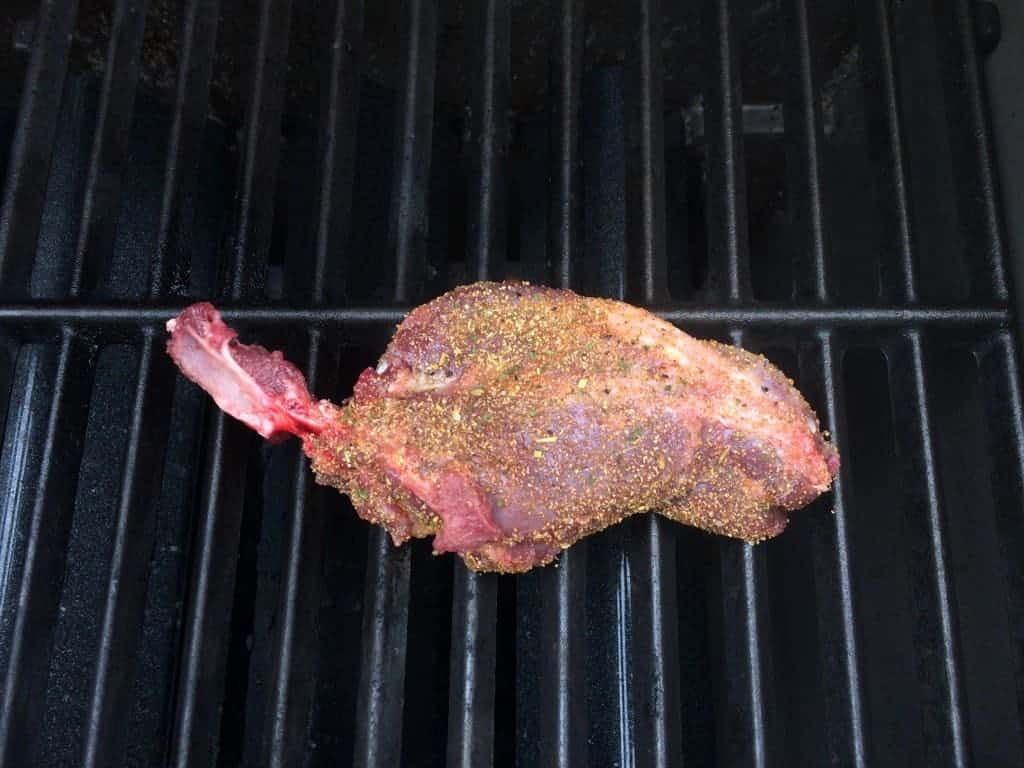 Sometimes it all just comes together when you least expect it. As hard as I’ve tried, I have not been able to reconnect with the Chuck from last week’s story. He has not shown his face since I sent that bullet flying over his head. I’ve mowed shooting lanes around his hole and have kept a constant eye in his direction, but he hasn’t been cooperative. I have a feeling that he’s moved away…

So, there I was sitting in my office minding my own business when an employee informed me that Chuck (a different Chuck) had been spotted underneath one of the storage trailers out back behind the shop. He’s been seen quite a few times actually, and he had a beautiful color phase, not unlike that of a blond colored black bear from often seen out west. The only difference is that he’s a woodchuck, not a bear. Anyway, it turns out that it had been a rather close encounter and it gave me hope that I might have a chance to close the deal later that afternoon.

After most everyone had left for the day I loaded up the ole .22 and snuck out back to the storage trailers. Rumor had it that Chuck would just lie underneath the trailer which was set on cinder blocks, leaving about 6” of space between the bottom of the trailer and the ground. I got on my hands and knees and looked around. No Chuck. I slowly worked my way down the length of the trailer repeating the same steps. Crouch and look, crouch and look.

Then it happened. I spotted his blonde fur, which was not unlike that of a blond colored black bear often seen out west, towards the tail end of the storage unit. He was doing whatever it is that woodchucks do and although he was aware of my presence he did not seem concerned. This was similar to each high school basketball contest I participated in – the other team was aware of my presence but mostly unconcerned. I laid flat on my stomach in the gravel yard and stuck the barrel of the gun through the six inch gap between the ground and the storage unit. Chuck moved. I moved. It became an intense game of chess between two ultimate competitors.

The barrel of my gun followed his movements and he stopped briefly in front of one of the cinder blocks about five feet from the business end of the gun. I settled the sights and pulled the trigger. The muffled blast of the .22 and his lifeless body confirmed the hunt was over.  Chuck was dead. 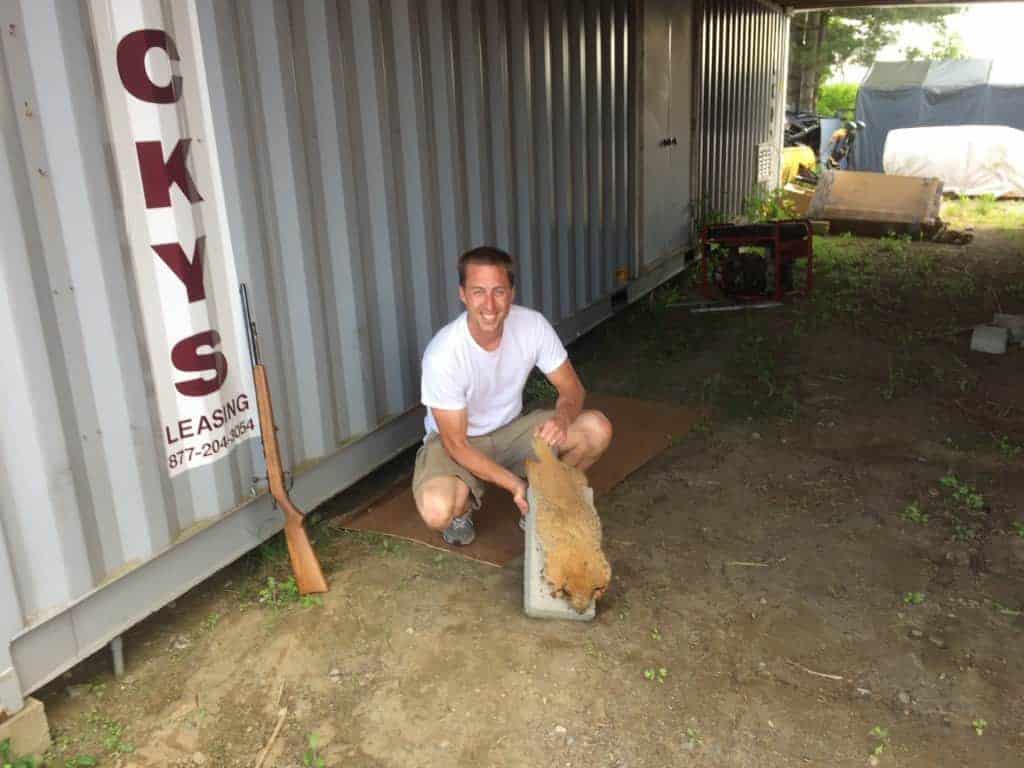 After the high-fives and hugs (not really) I skinned him out on the tailgate of my truck. Thankfully, Josh was around and gave me a sharp knife to use. Why is mine always dull? I wore latex gloves during the process, not because I was grossed out by touching the chuck, but because I was concerned he was covered in poison ivy oil on his blond fur, which was not unlike that of a blond colored black bear often seen out west. It would be just like him to give me one last parting gift of two weeks of itching. No way.

I had to rush the job because I was in a hurry (why am I always in a hurry with a dull knife?) to pick up our weekly allotment of lettuce from the farm next door before picking up my son Sam. How ironic that on my way home I had a woodchuck on ice next to bags of fresh lettuce, which was no doubt one of his favorite meals.

It took a while to clean up the meat. I approached it just like I would if I were cutting up venison only it was smaller (though not a whole lot smaller than the first deer I shot last year) and it was rather smelly. I removed two hind legs and some “backstrap”.  I put one leg and the “backstraps” in the fridge for later and seasoned the remaining hind leg for the grill. I dug through my spice rubs that my wife gave me for Christmas and settled on the Chicken Rub flavor. How could it go wrong? Everything tastes like chicken, right?

When it looked done I pulled it off the grill and sliced a piece off, popping it in my mouth anticipating a wonderful flavor filled bite. Once I got past the chicken rub flavor I started to taste the meat which was not very good to put it nicely. I managed to swallow the piece and tried one more which I ultimately spit out. About that time, Sam wandered out on the deck and said, “Is that the Woodchuck?!”

So, I sliced him a piece and he put it in his mouth. A half smile appeared and he started to chew.

“Yes, I like woodchuck.”   He said back to me as he continued to chew. Clearly he had not gotten past the chicken rub flavor.

Five minutes later I had moved inside to the sink to clean up my mess and I heard Sam say, “This is chewy.” He was right. It was chewy. Really chewy.  Another five minutes went by and he asked me yet another question,

“How long do I have to chew this?”

“Ok.” He said with a tone of relief and he walked over to the trash and spit it out.

And that just about sums up grilled Woodchuck. Don’t do it. But if you must, at least don’t do it like I did.

Well, you’ve done it again. You made it through yet another lengthy article that has no lasting value. I’m thankful for that, trust me. If you are not a subscriber and would like to be you can do that by clicking here: subscribe