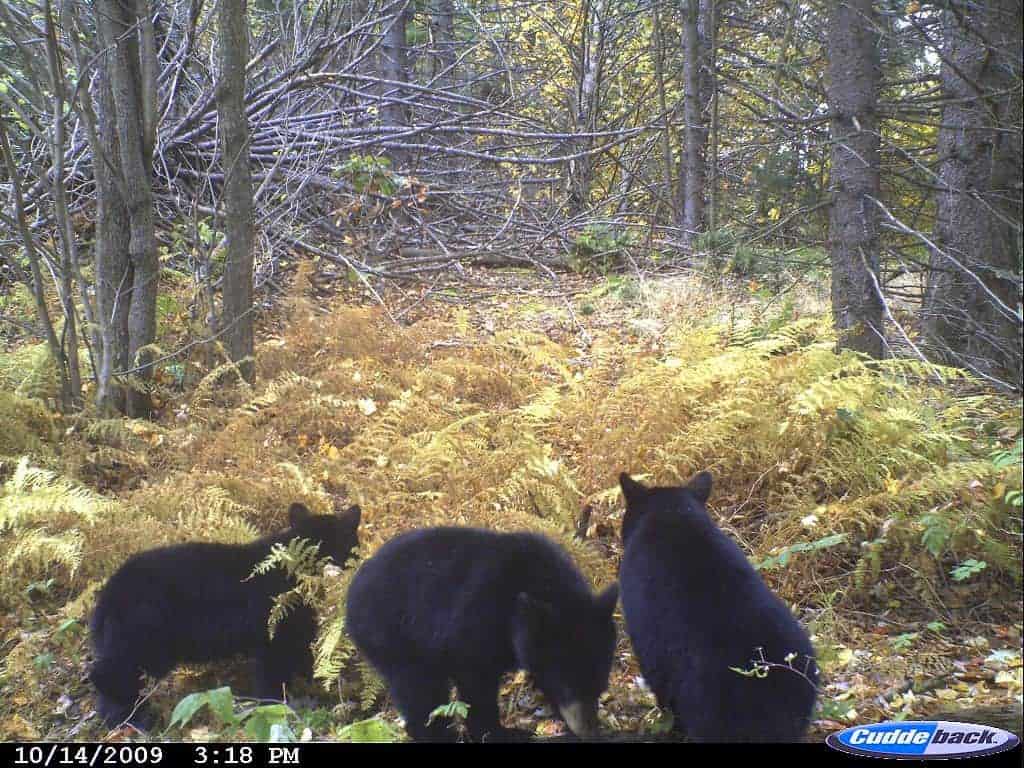 For many, trail camera season is in full swing, but I’ve yet to have an opportunity to set any up this year. After looking back through some pictures, it’s obviously time to buy some batteries and hang some cameras! Until then, I’ve decided to share a few of my favorites (like the three bear cubs above) from over the years.

Are baby porkers as cute as puppies? Could be… 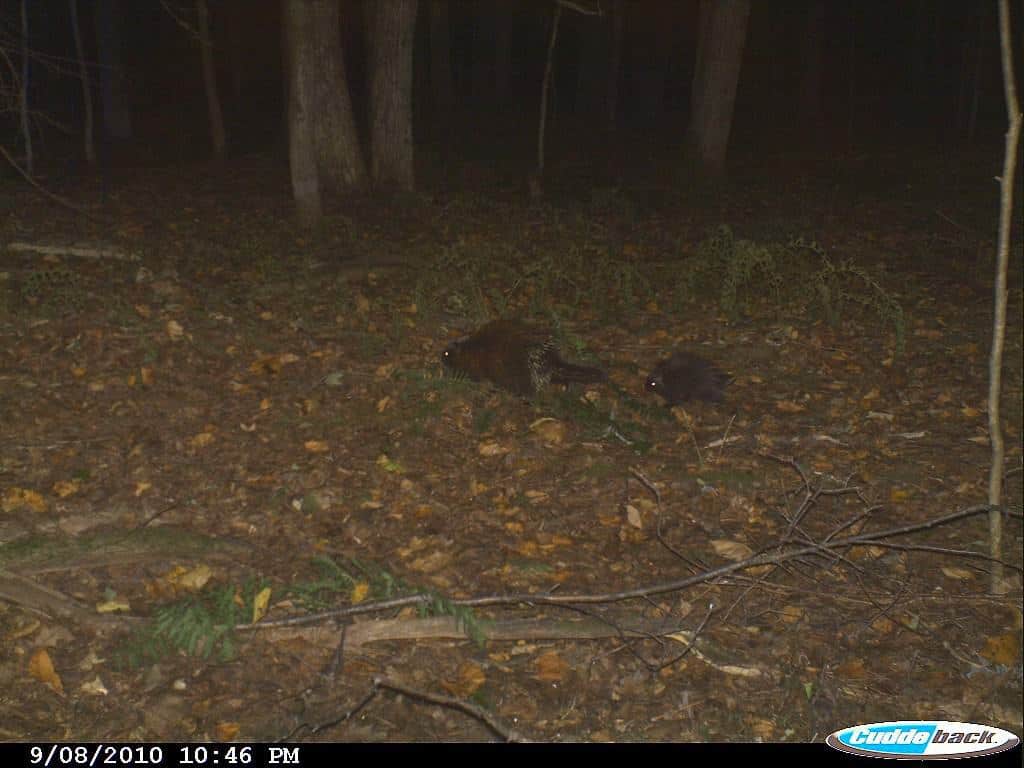 It’s a Catamount/Mountain Lion/Cougar!!!! Quick, alert the news media and call for the resignation of all Fish and Wildlife employees who claim they don’t exist in Vermont!!! Oh nevermind, upon closer examination it’s just a bobcat. Let’s start a rumor anyway… 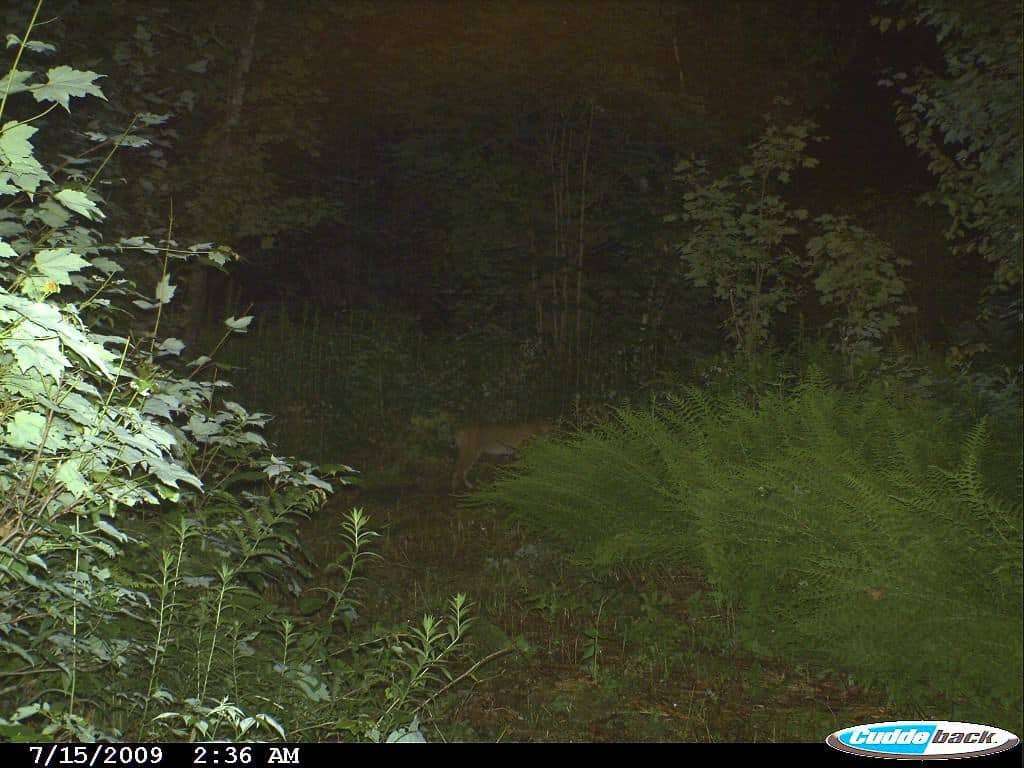 I only ever got one picture of a deer on this set, but the mouse was kinda cool… 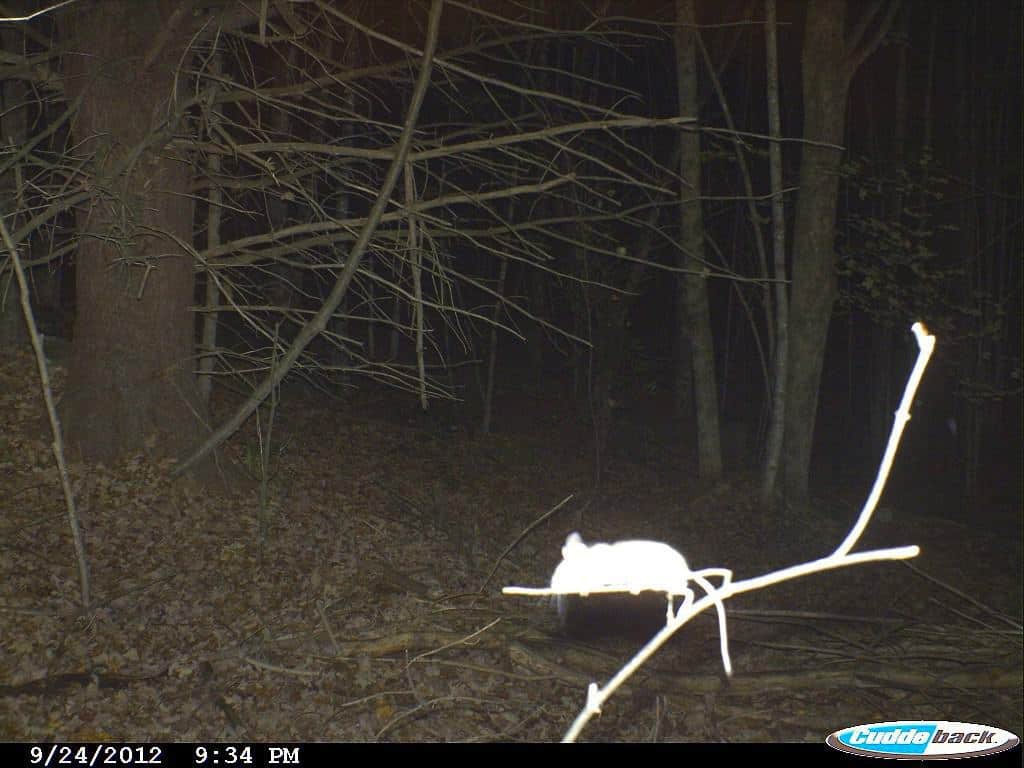 I’m not normally a fan of coyotes, but this shot of three of them at twilight is rather stunning. Too bad a bear had slapped the camera around and knocked it out of level. 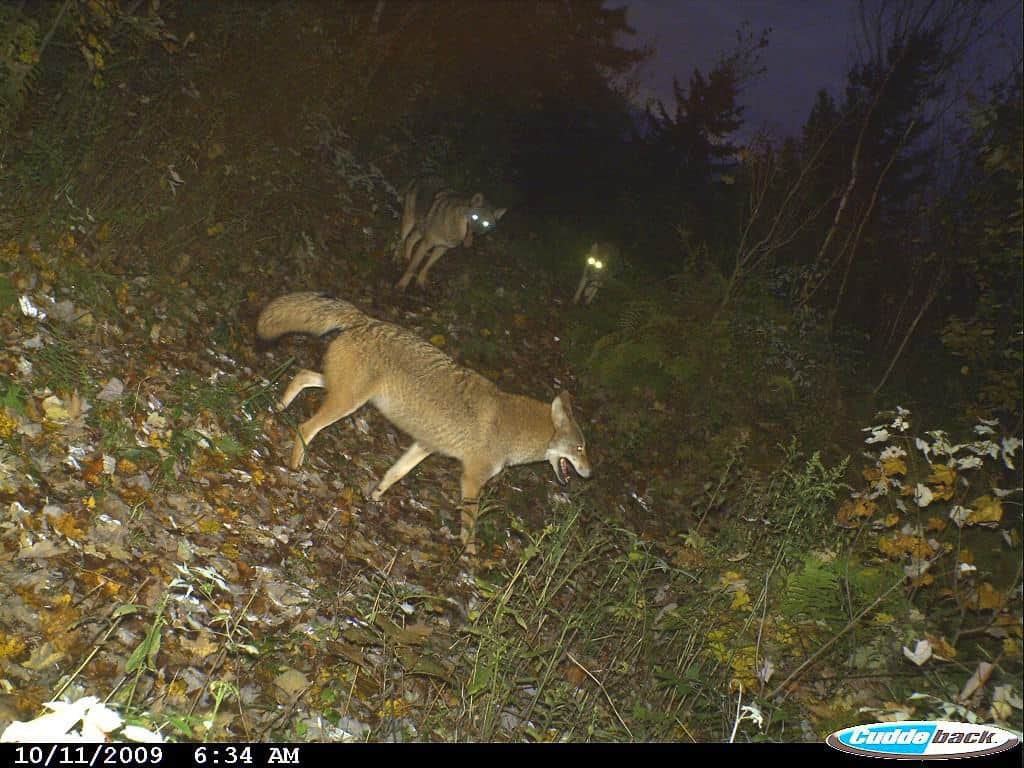 Back in 2003, Dad purchased one of the first digital trail cameras which was manufactured by CamTrakker. It was a bit cumbersome to use, especially in the winter, but the picture of this Vermont bull moose was enough to get us hooked on trail cameras for life. 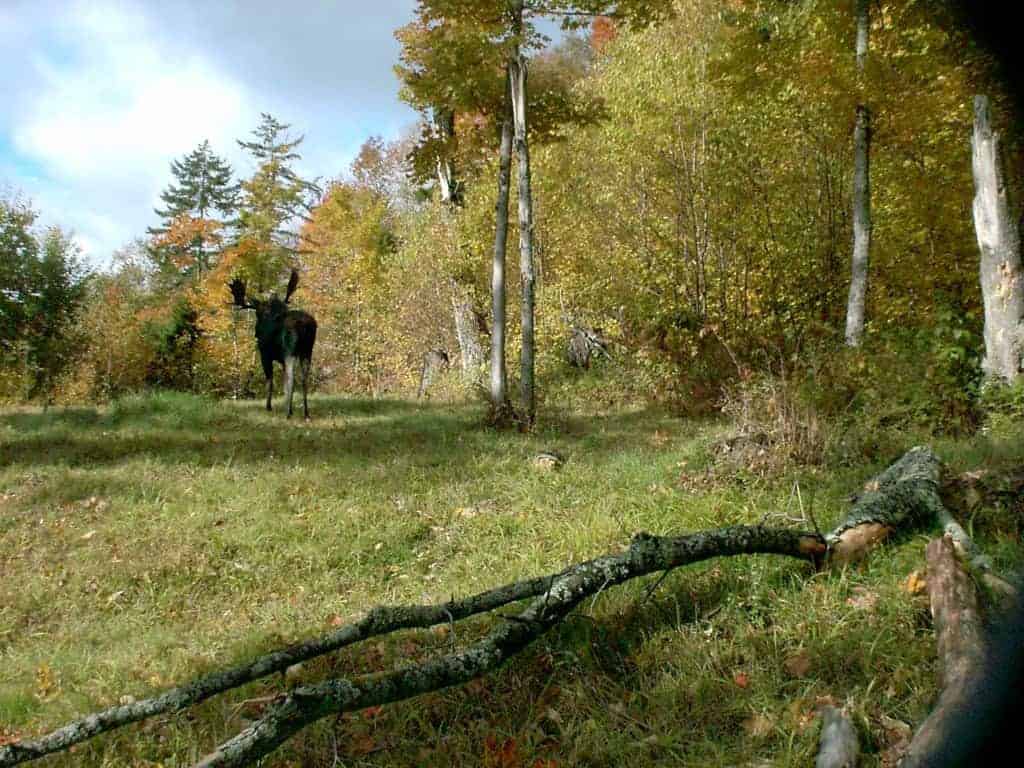 Sometimes trail cameras can be used to capture wildlife closer to home, like this SKUNK on the sidewalk! 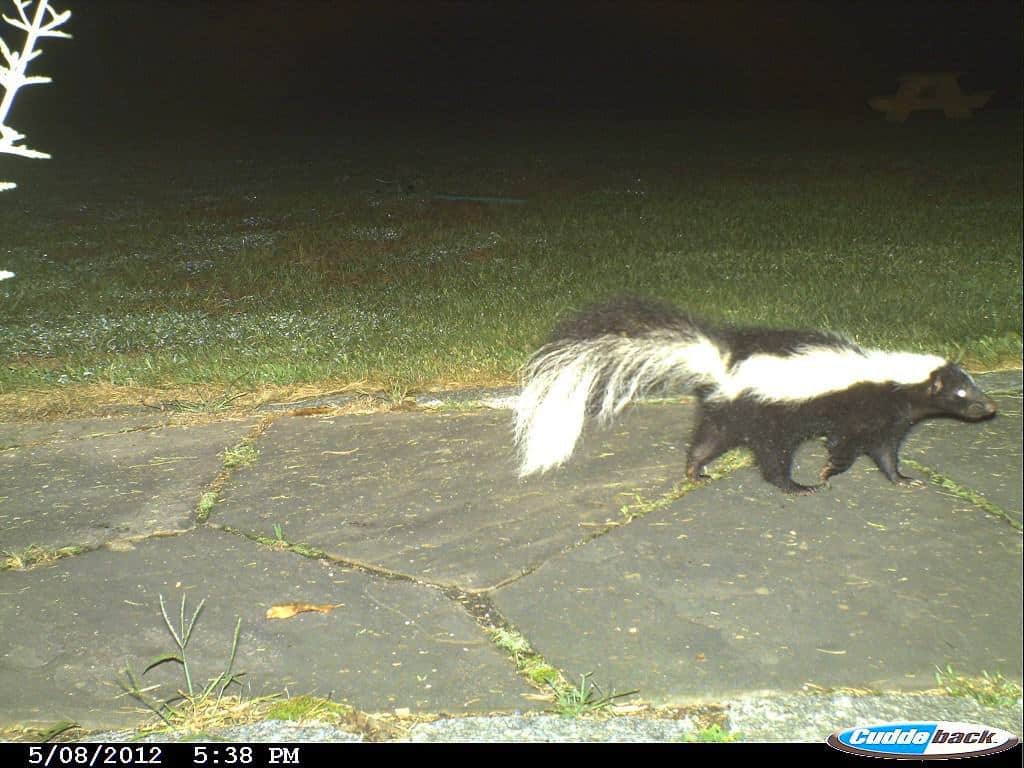 Brotherly love? These two young bucks are practicing their moves before the big boys run them out of town. 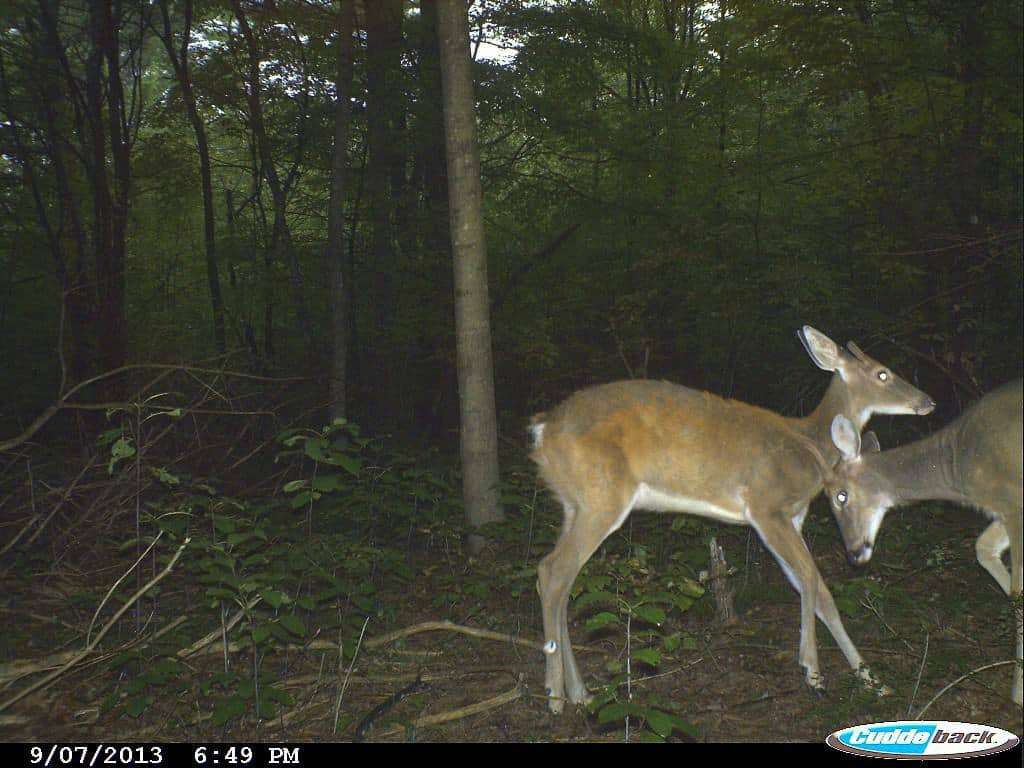 Fisher Cat. Their shrill sends shivers up my spine. 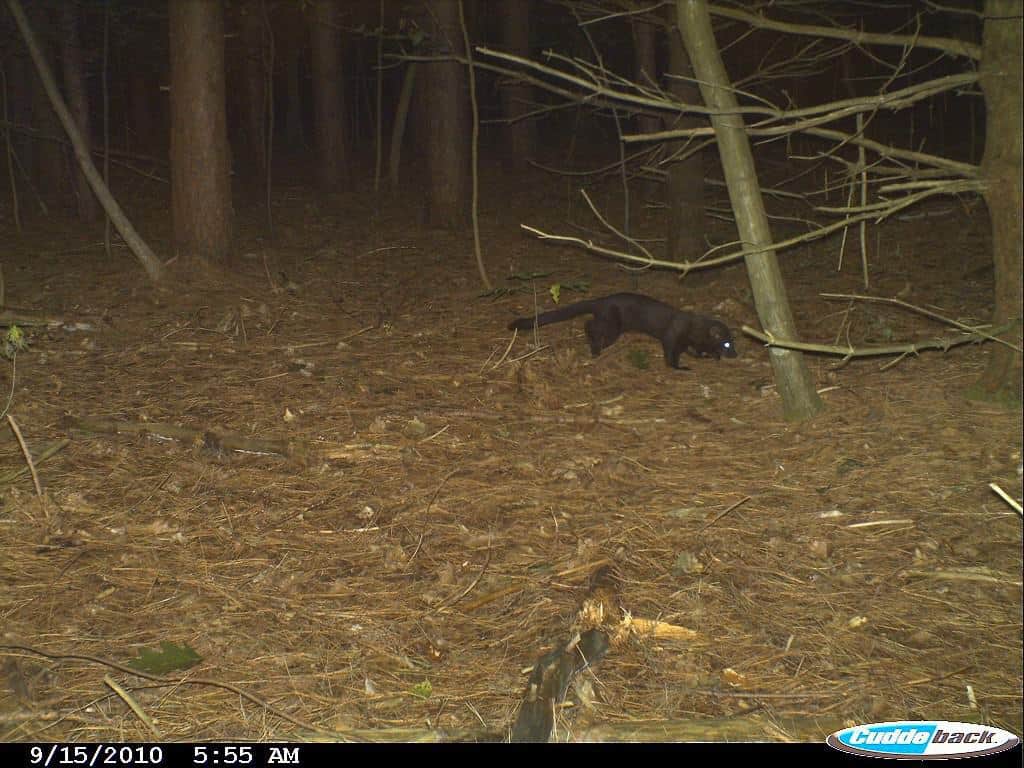 Probably what I would consider to be the rarest picture I’ve ever gotten would be this flying squirrel. I’ve never seen one in the woods before and then to capture one in mid-flight on camera was too cool. 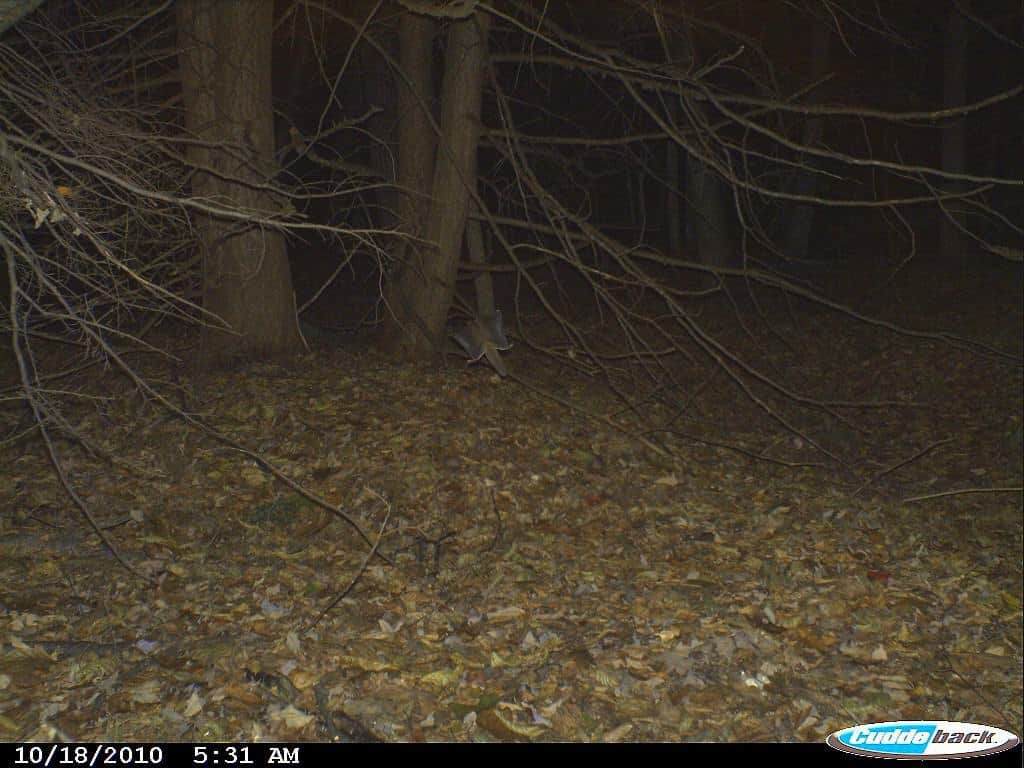 That’s all for today. There are more, especially of big bucks that got away. Maybe I’ll get to those next time. Until then, get those camera’s in the woods (or by the sidewalk). You never know what you might find!

Thanks for checking out some of my favorite pictures. As always, I’d appreciate if you subscribed to my blog – even if it’s with a fake address- it helps my self-esteem. You can do that here: Subscribe