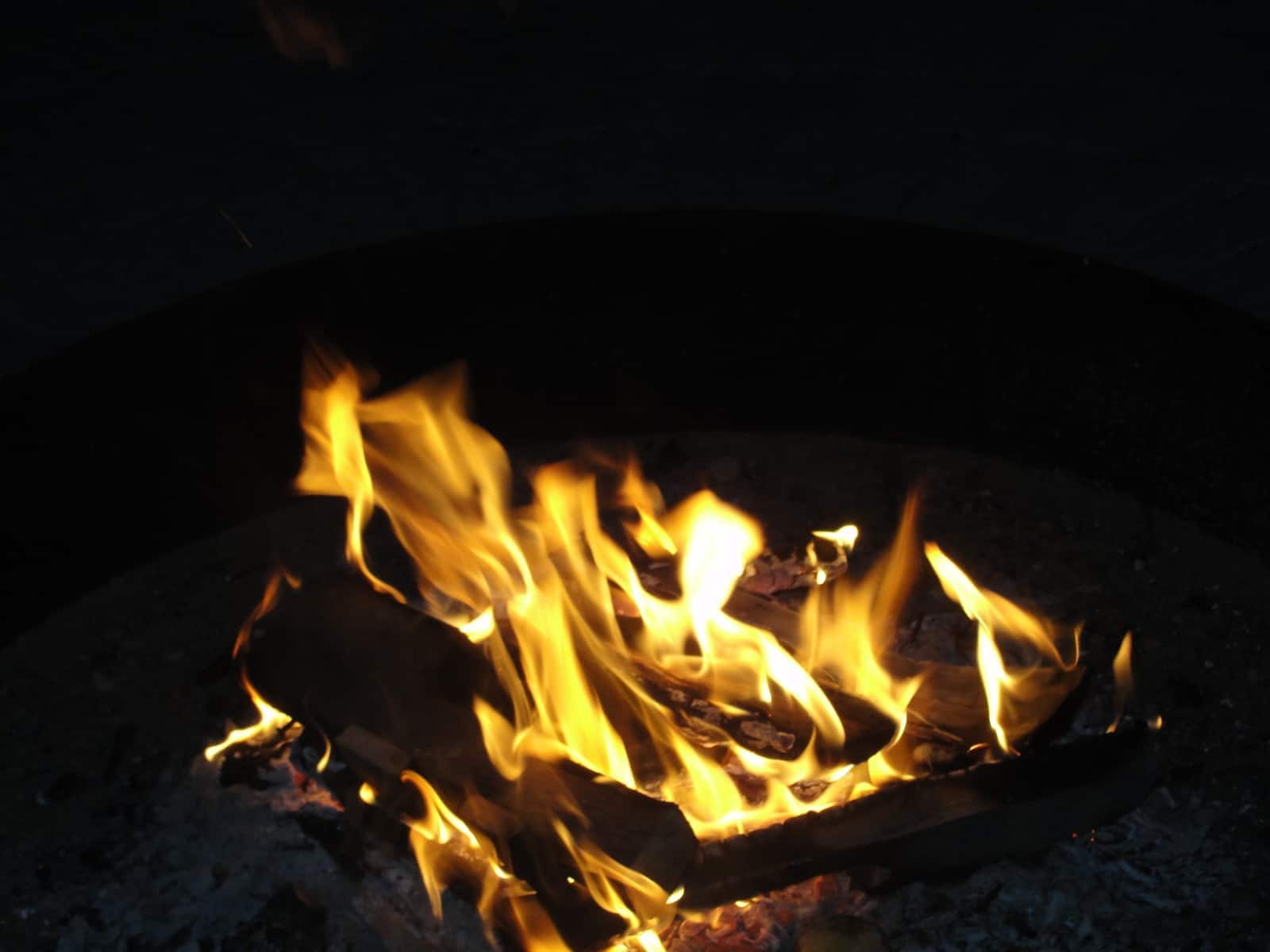 Hunting stories have been told since the dawn of time. Some are told for the purpose of handing down family tradition. In a dimly lit cave, Thak used cave paintings of hunting expeditions to explain the family lineage to his son, Grog. Today, most stories are told purely for entertainment, though plenty are still told around a campfire and many of the storytellers still act like cavemen. Some constants will always remain when hunting stories are told.

I’ve been a sucker for a good deer story since I was old enough to know what they were. When I was younger, my dad’s stories were what kept my hopes alive that we would eventually see a deer while hunting and make a new story of our own. Each night on our drive home after a day of hunting I’d ask him to tell me a story. There is something reassuring as a young boy to hear of past successes while trying to forget the cold, emptyhanded sit that ended only minutes before. The deer were out there, his stories from the past proved it, though I always questioned a few of his details. I still do.

A good storyteller will carry listeners imaginations to places unknown as the sound of the word pictures he paints hang in the air with each pause. A bad one will kill the mood quickly. I’ve always thought that a story worth telling could tell itself without the need for lying. Embellishment of the unimportant details, yes. Outright lies of the important details, no. Changing the facts of a story to make you sound like a better hunter only makes you sound like a worse one. If you feel the need to tell me that you shot a deer running full speed through the woods at 550 yards, I simply won’t believe anything else you say, which kills all the fun of a good deer story. I once shot a running deer at 298 yards with my bow, but that’s believable because I was using a Hoyt and was wearing a new pair of contacts. All the other deer I’ve harvested with my bow have been much closer.

There are other types of stories – moose, elk, turkey…woodchuck – but they don’t resonate among hunters as well as a plain old deer story. A Vermont boy could tell a deer story at a deer camp in Alabama and at least fit in with the group for the duration of the story, provided he keeps the lying to a minimum. Likewise, an Alabama boy could tell a deer story at Vermont deer camp and feel the same way, despite the language barrier. It’d be difficult to find that same relatability if you were telling a moose story because most people have not had the opportunity to hunt moose. Almost everyone has had an opportunity to hunt deer.

My son, Sam, enjoys most of my deer stories. The other night as I shut the lights off in his room after tucking him into bed he told me I should write a book about them, but that’s because he was stalling and still thinks I’m good at everything. He’s only six and will grow out of that soon, but I hope he continues to enjoy deer stories even after he becomes enlightened to my faults. If he hadn’t seen it with his own two eyes last year, I bet he’d still believe that I never miss. Earlier that same morning, Sam and I were cleaning my hunting “room” in the basement and found the antler mounting kit I’d bought him for Christmas. It was for the big spikehorn we miraculously got together after I missed the first shot. We’d forgotten about it as the set of spikes dried out in the shed over the winter.

I’ve tried to tell Sam our spikehorn story many times, but he’ll have none of it. Each time I start he tells me that he knows how it ends, so there is no need to hear it again. I tell it anyway, changing a few of the details along the way to see if he notices, which he does. He gets perturbed and shuts me down. If the story isn’t going to be told truthfully, he doesn’t want to hear it. Eventually, I give in to his request and tell a different story, one that can’t be verified by the likes of a know it all six year old.

He asks to hear a caribou story, but those are boring I tell him. I go on to prove my point by explaining how I sat in the middle of the tundra until a caribou walked by within range, at which point I shot it. He then asks for an antelope story, which are similar to caribou stories minus the tundra but with grassy plains instead. Both species are fun to hunt, but difficult to tell a good story about. Finally, we settle in with a good deer story about a big Vermont buck, which is where we should have been all along.

It was a warm afternoon during the early archery season in Vermont. The leaves were still thick on the trees and the hickory trees were raining nuts. My dad and I call the area “the bowl.” It’s a natural feature on the side of a big hardwood ridge that looks like a bowl has been cut into the side of it. I have many memories there – too many to keep track of. I shot my first squirrels there with my dad and still hunt there from time to time now that I have a son the same age.

The woods have changed a lot over the years, as have the surrounding landowners. Twenty-nine growth rings have been added to the trees since I shot those first squirrels with my dad. The woods and I have grown up. The deer herd is much smaller now than when I was a youngster and the crew that used to hunt there no longer does. They’ve either died or moved away. Old growth timber doesn’t support many deer or many hunters. Fewer deer are better for the habitat, but hard on the hunters. Yet the hickories remain steadfast producing nuts for a month each autumn, and the sound of a falling hickory nut is more than the deer can resist. Despite fewer deer numbers, a patient hunter can still find success.

I perched myself on top of a large outcropping in the middle of The Bowl. My Realtree camo and the swarming black flies did their best to help me blend in with the surroundings. The jagged rocks at the top of the outcropping provided a decent place for concealment, but an approach by a deer from any other angle than directly in front of me could make for a tricky situation. Even a straight on approach could be tough, but I was hoping the height advantage would give me some element of surprise.

As luck would have it, a beauty of a buck wandered in about an hour before dark. I am always amazed at how deer seem to appear out of nowhere, but the soft, rotten leaves from the previous fall that cover the ground in the early season probably explain some of the magic. Suddenly, he was there and already suspicious of the out of place object staring down at him. I tried my best to be as still as the rocks next to me – only my shirt moved from my pounding heart. I was convinced the buck would bolt at any minute.

To my amazement, he went back to feeding on nuts but kept a wary eye in my direction. When his appetite overruled his concern for the danger lurking above, I took each opportunity to slowly shift into shooting position. Before long I had my bow in one hand and rangefinder in the other. All he needed to do was come a little closer…

Finally, he decided the fruits of a different tree offered better tasting nuts and walked perpendicular to me on his way to it. I drew back my PSE bow and took aim. Unluckily for me, there was a skinny little tree that had fallen over and was suspended horizontally in the air about fifteen yards from me and halfway to him. It covered his vitals perfectly as he walked along with the evening sunlight danced off his light brown antlers. At the time he would have been my first buck with a bow and a fine one at that. Oh, how I wanted to claim him as my own.

Luckily for him, he turned and faced away from me just as he reached the end of the horizontal tree. Now standing at thirty-five yards and seemingly less concerned with me, I had no shot. He munched away on more nuts while I watched and listened to him crack the shells open with his teeth. It’s amazing how everything else in the world disappears when a hunter becomes solely focused on his prey. The far-off sounds of life become white noise and the only thing that breaks the quiet is the sound of a beating heart.

After what seemed like hours but in reality was probably only thirty seconds, the king of the Vermont forest turned broadside and I drew my bow. A standoff ensued. As big bucks often do, he snapped his head around in my direction at just the right time and caught the movement of me drawing my bow. We stared at each other for another eternity. He still wasn’t totally sure of what I was, but I knew exactly what he was – a trophy any hunter would be proud of.

My muscles strained from holding my bow at full draw for so long, and I had to release the arrow soon. If I let down my bow out of exhaustion he’d see me and bolt. With all my strength I held the sight on him for a half second longer and touched the release. He whirled around, and the aluminum arrow stuck in the ground just behind where he’d previously stood. He was gone before the arrow reached his location. As the saying goes, “Big bucks don’t get big for no reason,” or something like that. I was devasted.

When I finished telling Sam the story he was disappointed at the outcome and clamoring for more details. How big was the buck? How far was the shot? How did I miss? It was a tough ending for such a young mind to stomach, especially right before bed. His father had let him down, but in his wisdom had decided it was best to shield his son from some of the more important details that might further disappoint him.

When he grows up I’ll tell him it wasn’t even about a buck. It was a shifty little doe; the story just sounds better when it’s told with a buck as the main character. Plus, now I have another story I can tell him about a doe I missed because of inferior archery equipment. All the other details of the story were mostly true as best as I can remember.

I finished with telling him how missing that buck was the last deer I ever missed with that bow, and how a hunter as good as me should never be limited by inferior equipment. Soon after I upgraded to a bow that was powerful enough to kill running deer out to 300 yards. “You’ll like that story,” I told him. He believes me but shouldn’t. One day he’ll learn that you can’t trust a storyteller. They lie all the time.

Hey, if you enjoyed that story, please share it with your friends and consider subscribing! You can do that here: Subscribe