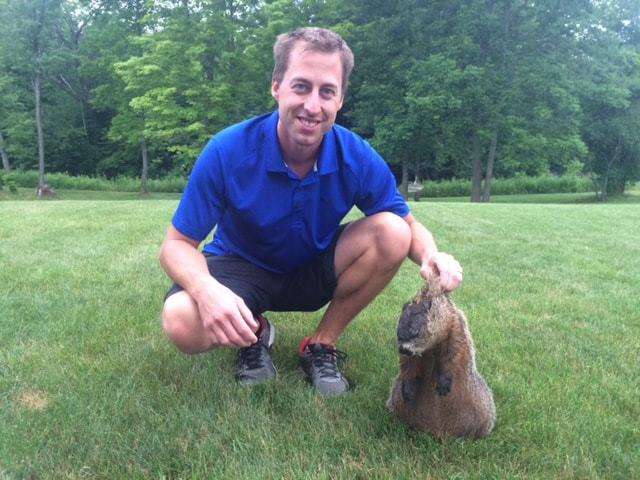 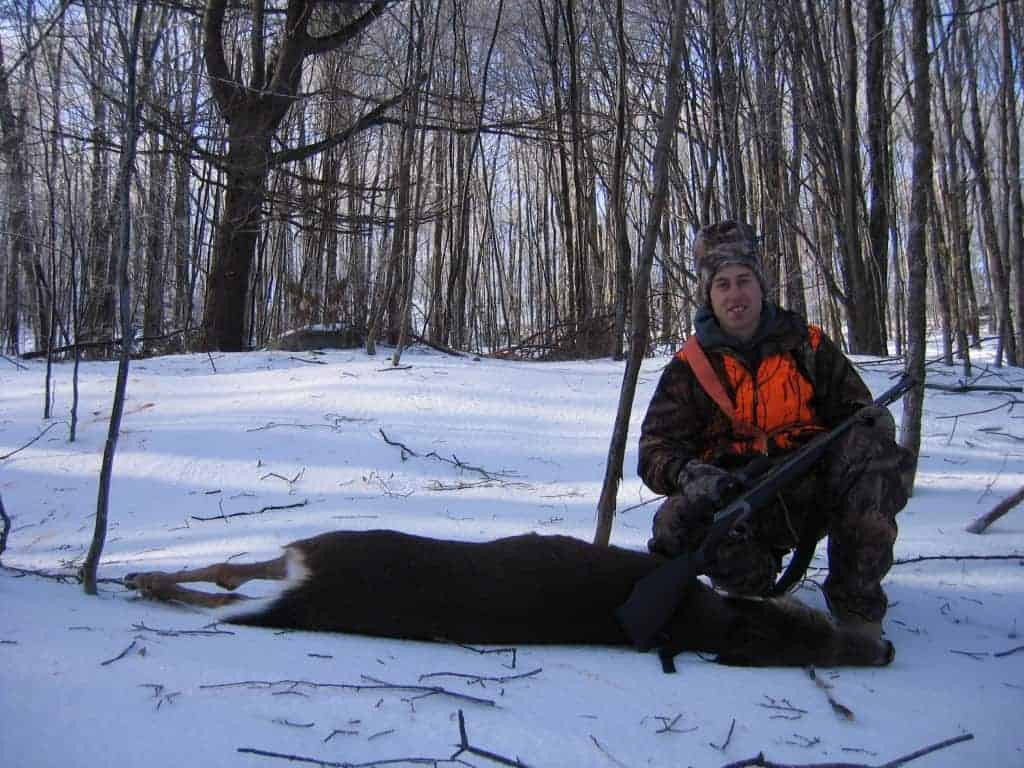 Wow, what a week of discussion about Muzzleloader doe permits in Vermont. Speaking of does, I was at my parent’s house the other day looking out across the field where does and fawns sometimes feed in the light of the setting sun. It was then that I saw a dark spot resembling the figure of a woodchuck sitting where the does usually stand. This came as a surprise to me because I haven’t seen a single woodchuck yet this year. It’s been a disappointing start to put it mildly.

The woodchuck sighting could not be confirmed until I found binoculars, but they were nowhere to be found. I searched all the typical spots for them – the window sill, the hutch, the hall table – and yet I could not find them. The moment grew tense until I finally grabbed my .270 out of the closet and peered through the scope while standing in the living room.

“What ya doin there, Uncle Tim?” asked my 4-year-old nephew Lokie who was adopted from Hong Kong last year. I had to remind myself that he hadn’t yet lived through a woodchuck season in this part of the world.

The dark spot was gone by the time I finally had a chance to scan the area. I reprimanded both parents for not leaving the binoculars out for just such a time as this, and I mumbled mean things under my breath in the direction of the unconfirmed woodchuck. I’ll be back.

Speaking of woodchucks, I’m really looking forward to turkey hunting this year. I purchased the Primos Bamboozled box call while standing around at Dick’s Sporting Good’s in Keene, NH the other night. We were in the area to celebrate my wife’s birthday. She was picking out some clothes that athletic people like to wear, and I wandered down towards the hunting section where I belong. The call received decent review online and it was 30% off.  Talk about a win-win. I slipped that placed that baby on the conveyor belt right in behind her new shirt and we both walked out of there winners. Plus her shirt was on sale. That’s a win-win-win-win. What a night.

I have found that it is frowned upon in my household to practice turkey calling at the hour of the day when a lot of turkeys are harvested. So what, 6 AM is not a good time to practice? Well, excuse me. I’ll just move this practice session outside and wake up the neighbors, I guess. In case you are wondering, no turkeys responded, but I did get the neighbors dog to answer back. If I didn’t know the dogs, I’d consider that to be a success, but those yappers yap at everything. I’ll keep practicing.

Speaking of turkeys, I’ve begun asking for advice on whether hunting with a decoy is necessary. Any thoughts from the peanut gallery on that?

Doe Permits…How could I avoid the elephant in the room? I’ll say this – I’d love to hear your thoughts on the recommendations, but I encourage you to take five minutes and read the report first. It’s a very interesting read and you may learn a thing or two by reading it. Read it here: 2016 Vermont Antlerless Permit Recommendations

Hey – Subscribe to this blog if you haven’t already. This is the last time I’ll ask until the next time. Do it here: Subscribe

Definitely buy a plastic decoy with a carry bag. Gives ’em something to focus on.