Aristotle, Descartes, and Me. 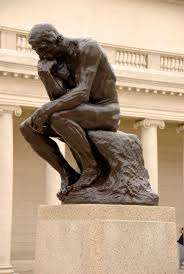 When I return home from hunting Steph will often ask me, “What do you think about while you are out there?” I’m not convinced she wants to really know what I thinking but rather she is searching for an answer that will bolster her opinion that hunting is a waste of time. Even though I can sense I’ve been set up I still answer with honesty and tell her that I only think about “The Big One.”  She rolls her eyes, clearly not understanding the depth of my statement.  Now, I’ve never been accused of having a mind like some of the great philosophers this world has ever known, such as Aristotle, Descartes or my cousin Nathan, but I do know a thing or two about thinking because I do a lot of it while I’m in the woods. Just because I only think about one topic doesn’t mean my mind is shut off. My focus may be narrow but it doesn’t mean I’m a dud. Let me explain.

First, it takes a special person to sit in the woods for hours staring endlessly into the shadows hoping The Big One will emerge and present a shot. Obviously, one must be a thinker in order to do this. When you hunt in an area of the country with very few deer, let alone the elusive big ones, it’s important to concentrate your entire focus on one thing – usually an object. I, for one, have been so focused on an object before that I have literally turned it in to a deer. What philosopher can claim a feat like that? It happened like this:  Last fall I was bow hunting on the edge of a sparse apple orchard as the sun lowered over the Vermont hillside. Other than the babbling brook thirty feet below me it was very quiet. I had no cell service (a real shortcoming to this particular stand location), so I was forced to actually pay attention. I had been focused on the hardwood hillside across the orchard for about an hour when suddenly I noticed a deer standing in the very spot I’d been watching all evening! No binoculars were needed to confirm that this was a deer. With my heart pounding and the deer still 80 yards away I decided to raise my binocs anyway to see if it was The Big One. It turned out to be a log and the sun had just lowered enough so the shadows had changed to create the look of a deer staring right at me. This was an unfortunate turn of events but if I hadn’t been so focused on that object the evening wouldn’t have been nearly as exciting. 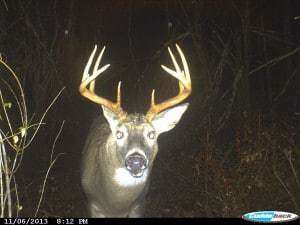 Second, there have been many times in my hunting career that I have controlled the adrenaline coursing through my body like a champ as I stood patiently waiting for a deer I spotted to get up out of its bed or for one to move from out from behind a tree to give me a shot. What does this have to do with thinking you ask? Well, imagine having the willpower to relax your mind to a place where you have complete control even with all that adrenaline running through your blood. I have not personally achieved this level of mind control but I am getting closer because the majority of these occurrences do not actually involve deer (refer to point number one). If you happen to be hunting alongside a friend at the time you display your amazing ability to wait out a bedded log simply refer it as “practice”. If you are hunting by yourself then there is no harm done, just move along until the next log catches your eye and repeat, errr, practice.

Third, and lastly, how could I be labeled as a dud if one encounter with deer can inspire me to sit in the same stand for an entire season? When I was around 14 years old (16 if the authorities are asking) my Dad used to drop me off on a log on top of a hardwood ridge. We affectionately referred to this log as “The Log”. (At a later date I will impart my wisdom on how to creatively name stand locations but for now I will remained focused on The Big One.) He would leave me and head for the “Three Trees” which were about 150 yards away but overlooked the other side of the ridge. On this particular hunt I settled in before daybreak and sat all day, rarely standing up to stretch or relieve myself for fear of scaring The Big One. I hadn’t seen a thing all day but it all changed suddenly around 3:30. Four deer came trotting up the hill and paused just long enough for me to scan all their heads to confirm that The Big One was not with them. At this stage in my hunting career I had a fairly low definition of The Big One. He only needed three inches worth of antler on one side to pass the litmus test but all four of these deer failed. I watched them with pure joy as they trotted over the hill and out of sight. The entire event had taken approximately 45 seconds but I was hooked.  I sat in that stand for the rest of the season, eyes glued in the direction the four deer had come from. I knew The Big One would show himself eventually and I was not going to miss it. I never got him. I know he showed himself, I was just forced to be in school every time he was there. Sometimes life is cruel but you have to stay focused. Interestingly, no one ever shot a deer from this stand. We shot deer 100 yards away in every direction (no lie) but never from this spot. I am not sure how to reconcile this in my mind but even now I could sit on that rotted log and believe The Big One will show himself any second.

If I were a simpleton I could sum up each main point with the word “Focus”. But being the deep thinker that I am it took me over one thousand words. Simply telling my wife that all I think about is The Big One means nothing to her. It’s not her fault; she just wasn’t born to hunt. Now, if I gave that answer to another hunter it would need no explanation, they would only respond with an understanding nod. The most complex thoughts Aristotle contemplated don’t come close to measuring up to what goes through the mind of a hunter when thinking about The Big One. After all, he probably just sat in a chair in some cold, stone room staring at a wall while thinking about nonsense. I don’t get that.  At least I have the opportunity of sitting in a cold tree stand, staring at shadows while deep in thought about The Big One. If Aristotle were still around I doubt he’d be able to comprehend that. Then again, since he wasn’t a hunter I wouldn’t expect him to understand.