Antler Restrictions or Not? 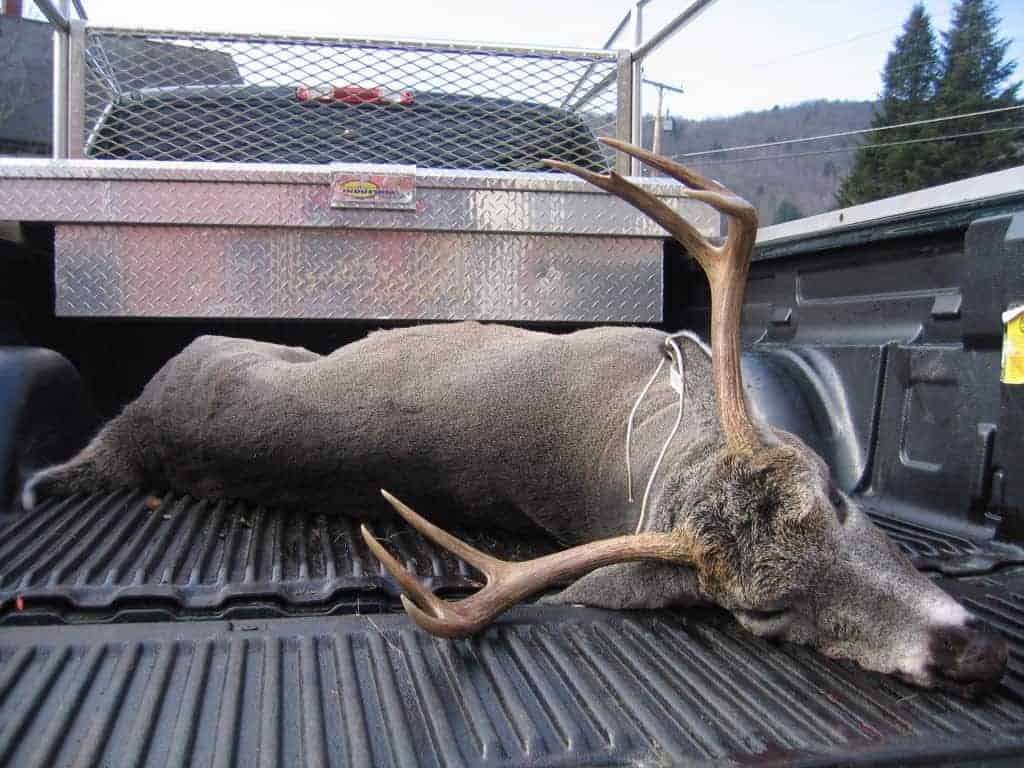 Ah yes, the never ending antler restriction debate is heating up now that deer season is over and will only get hotter as the winter months move along. Hunters in Vermont are divided on the level of restrictions necessary though the majority of hunters have a favorable view of the current restriction on spike horns that has been in effect since 2005.

I’ve participated in this debate many times (too many maybe) and will continue to, most likely because I can’t keep my mouth shut. I mainly just argue stats and haven’t taken a firm stance one way or the other. I prefer to hear from the biologists on what is necessary before supporting a change, but it is an entertaining topic to discuss.

They way I see it there are three categories of restrictions that are commonly debated among Vermont hunters.

My assessment of the debate is that the staunchest of opponents are categories 1 and 3. They do not see eye to eye… at all.  Those who have a favorable view of the spike rule (category 2) appear unlikely to take a step “backward” and revert to category one, so if they going to change their mind it will probably be in favor of a higher restriction (category 3). Am I right?

Where do I find myself? That’s a tricky question for sure. In an ideal world I’d be a firm believer in Category 3. I don’t need to shoot deer, although I really like to, but when I shoot a deer I’d prefer that it was a big one. Why not?

But this is Vermont, and my own studies of the deer herd lead me to think that with a 3 point restriction the harvest levels will never return to what they were pre-spike rule days unless the deer herd is allowed to grow. Because of that I feel bad for all of the hunters in Vermont that don’t have an opportunity to hunt other states. I’m able to hunt New Hampshire (thanks Hon!), so I can scoot across the border and shoot one or two deer a year over there and get my fix. That way I can be more patient in Vermont. Many hunters do not have the same convenience, opportunity, or the money to buy tags in another state and are only able to hunt Vermont.

So what is the balance? Proponents of the 3 point restriction can’t stand to see anything younger than a 3 year old buck shot, but on the other hand there are a lot of good, heavy 2 year olds shot in Vermont each year (Gasp!). Is there a middle ground that could be reached among hunters?

My biggest frustration with antler restrictions is that they are divisive. Hunters used to support each other when they harvested a deer, now they are scrutinized. Those that shoot a young buck feel the need to always say, “He’s not the biggest, but…”. Where does that come from? Probably from the guy that always says, “Too bad you shot him. He would have been a real nice buck next year.” Thus, the gap between hunters grows deeper.

I don’t remember that kind of talk when I was growing up. Maybe it’s just the evolution of us deer hunters and this type of conversation is necessary and part of the growing pains.  Maybe Vermont will one day be a 3 point restriction state. If so, there will be a lot of good trophies harvested. Then again, there are a lot of great trophies harvested now; it just depends on how you define the term.

Once in a blue moon I say something worth reading. If you want to be sure that you don’t miss a post you can subscribe by clicking here: Subscribe

MERRY CHRISTMAS to you all!

I was a supporter of the current antler rule in Vermont way back when it was introduced under Comm. Laroche. Since then, I have decided it was a mistake. I wish the biologists would help us on this but they have declined to take a leadership position by taking a 5 year study and declining to make a decision or provide real guidance on the results – instead, they just keep requesting extensions from a FWB that is too weak to say no. The high grading question is real as we have seen 1-1/2 year old deer with as many… Read more »

Good Points Ed. The “high grading” concern is widely debated, but I agree with your desire that FWD explain what parameters they are hoping to track. That would be nice. My guess is that they want to better track # points on bucks by age class to see if there is a decline in antler production.

Why do you think the current spike rule is a mistake? Because of the concern of high grading?