The Most Amazing Gluten Free Grilled Woodchuck Recipe Ever 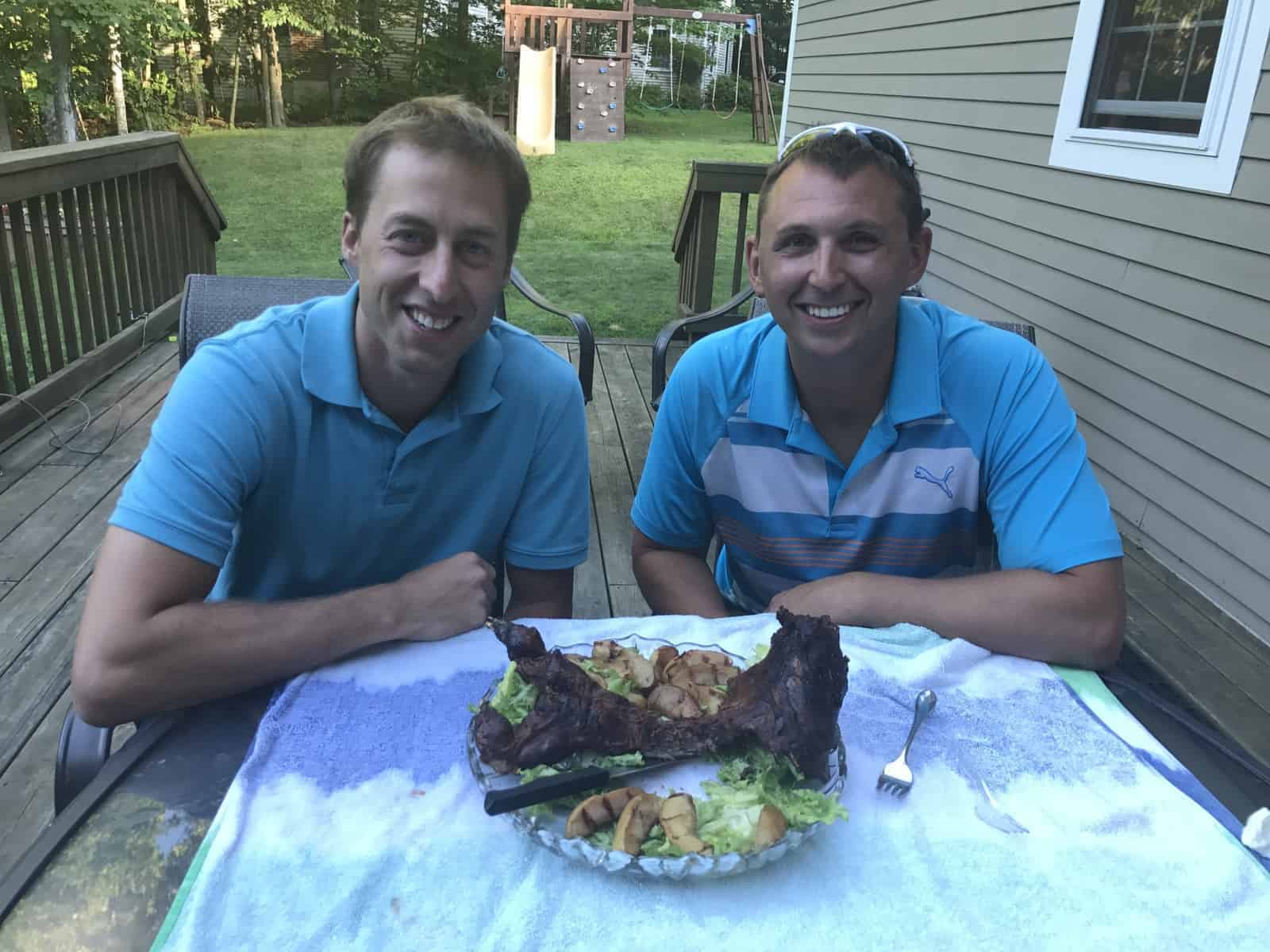 When extended family comes to visit, I’m not one to spare the good stuff. “Hey, wanna grill a woodchuck?” I asked my brother-in-law as we were chipping golf balls around the yard one evening. Brock is not one to back down from a challenge and he claims to know how to grill, so I fished the poorly packaged woodchuck out of my chest freezer and plopped it on the table. Silence filled the air as intrigue descended upon the crowd of young children gathered around.

I’m no stranger to the fact that woodchuck has been consumed before, but to my knowledge, it is always slow cooked in a crock pot – for good reason. A couple summers ago, my son Sam and I decided to hastily grill a woodchuck one evening when my wife was working late. He was three at the time and his grilling skills were not fully developed yet. Thankfully his taste buds weren’t either. He gave it a good chewing, but after a while he asked if he could spit it out. So, the first attempt at grilling didn’t go well. It’s not like I had high expectations for it, but since that time I’ve wanted to know if there was a way to grill woodchuck and have it end up tasting halfway decent. Could it be done? That was the challenge.

Planning commenced almost immediately. Based on our research and my experience, it was clear we needed a three-part process to make the rodent palatable. First, and perhaps the most crucial step in the process, we needed to place it in a brine solution in order to strip as much of the woodchuck taste out of the meat as possible. Second, we braised the beast after searing it. Third, we liberally basted it as one final attempt to cover up the true taste of the meat and then finished it off on the grill. 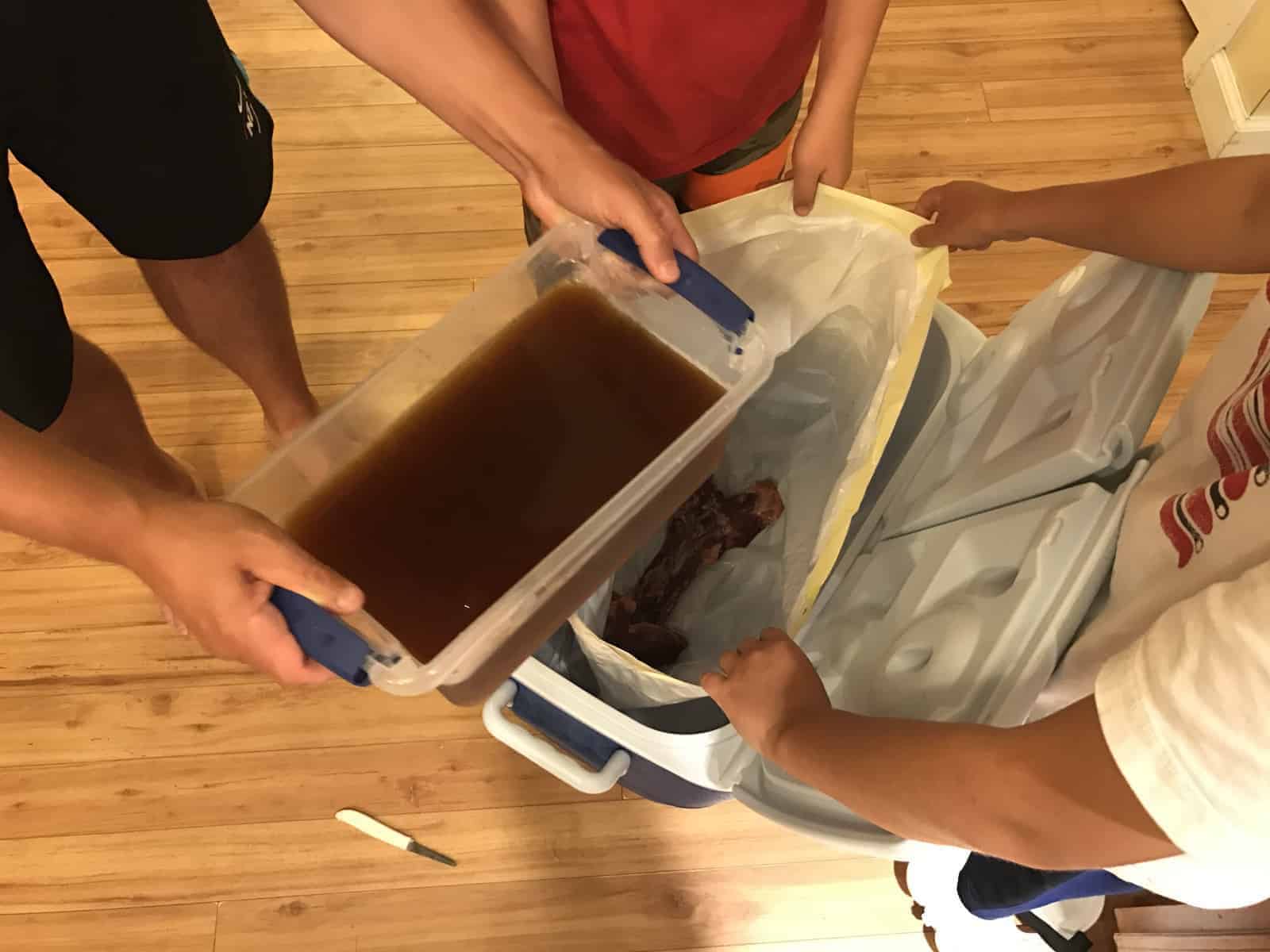 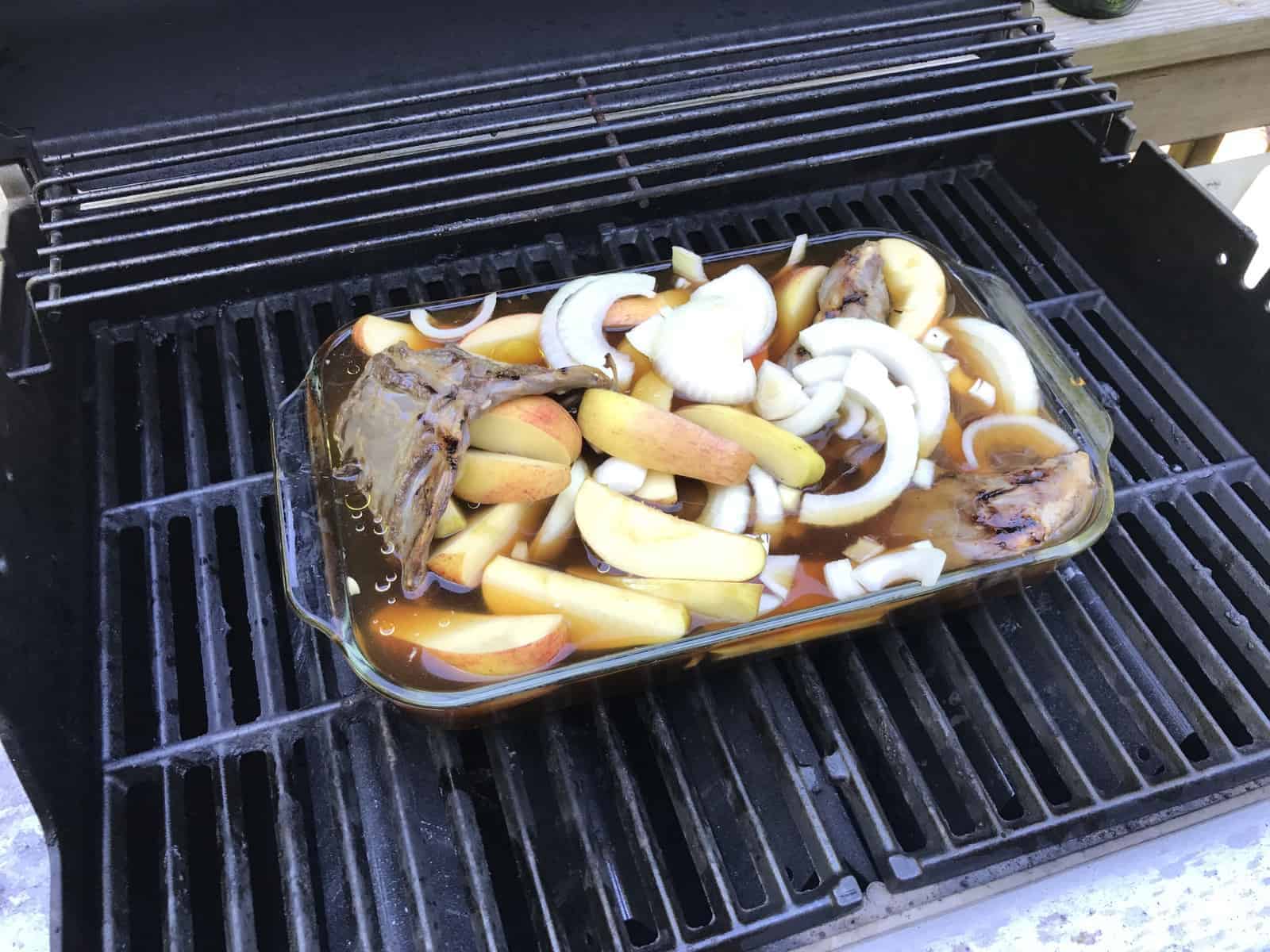 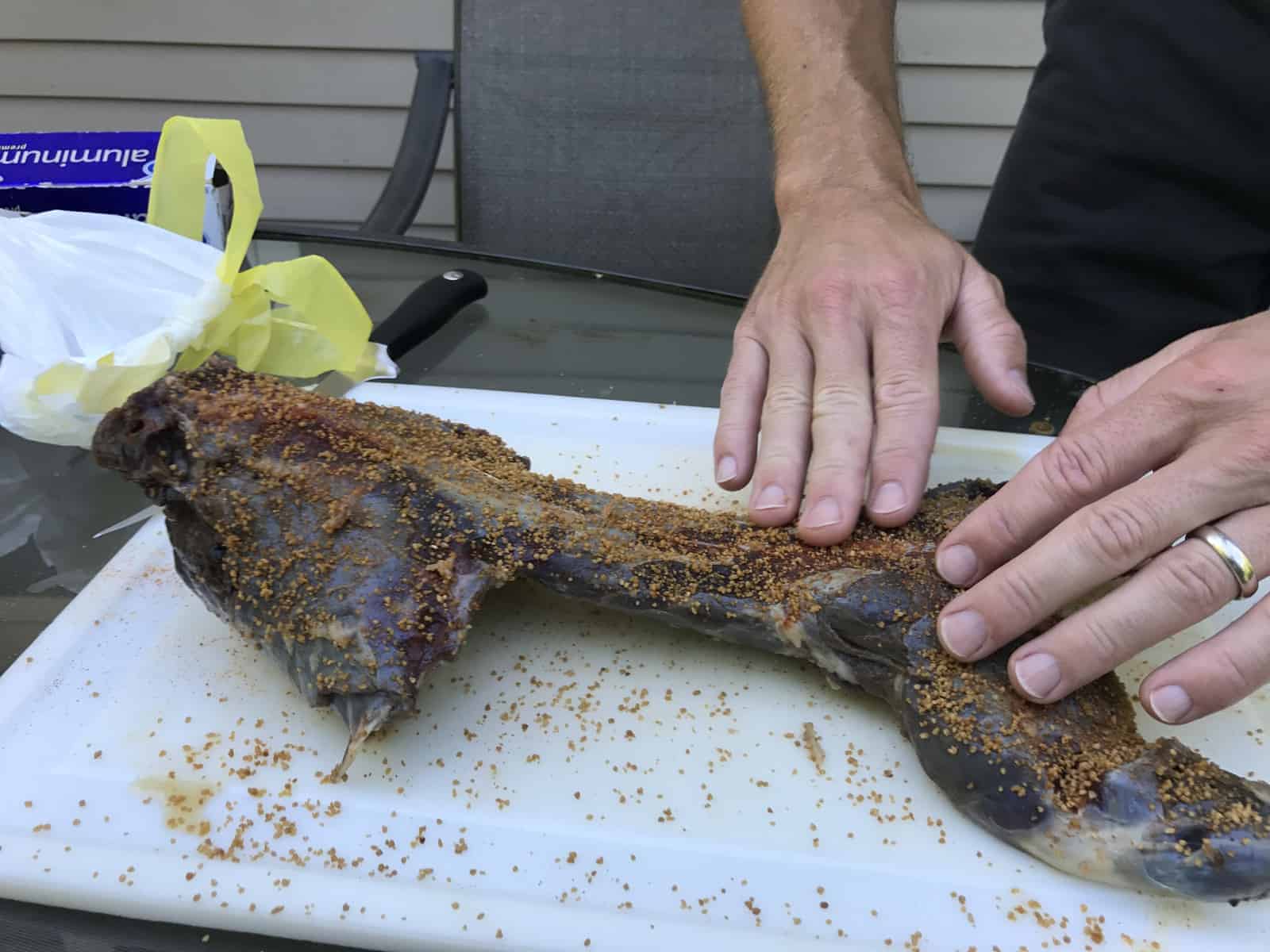 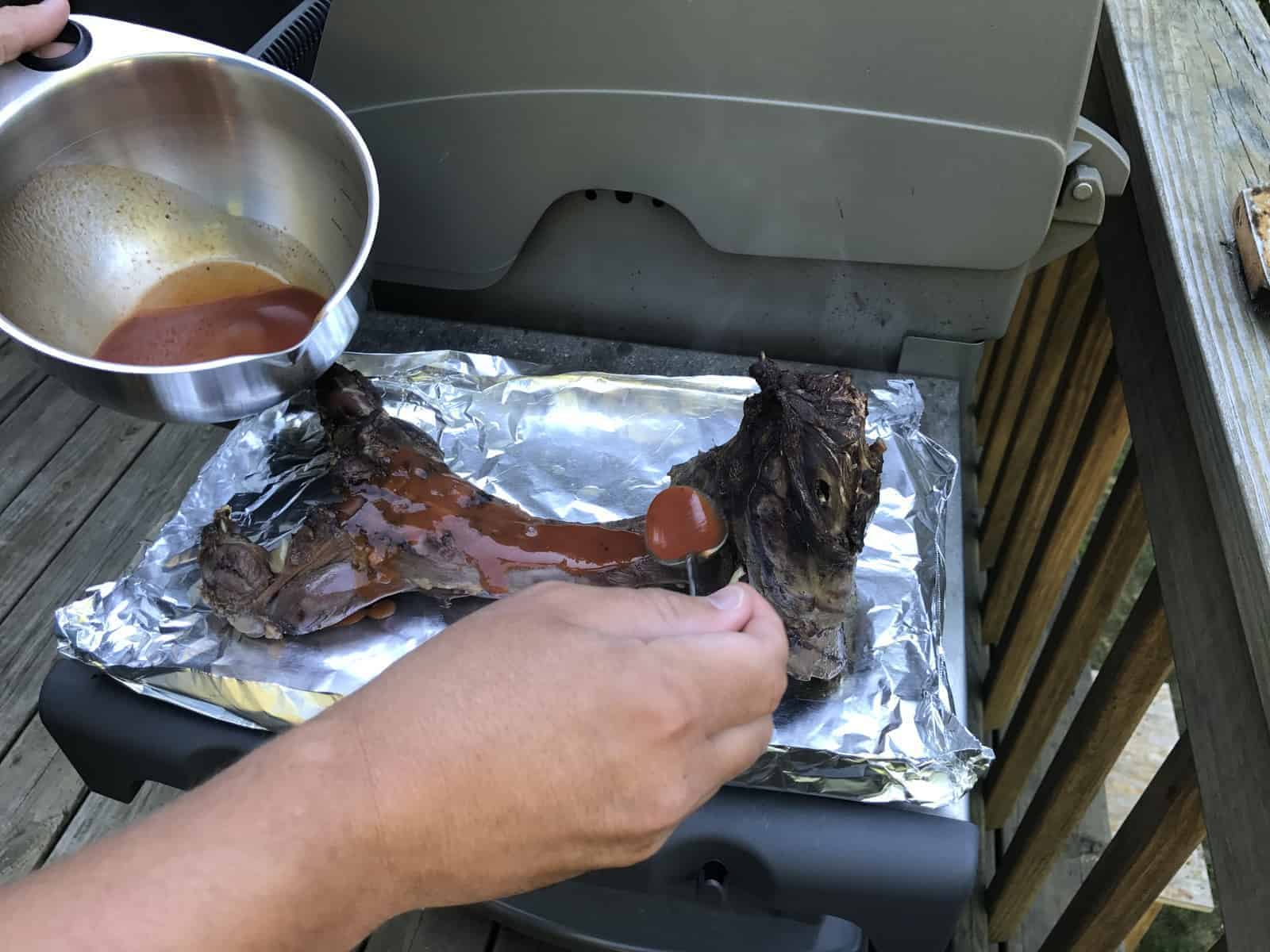 Remove all fat from the woodchuck because that stuff stinks bad and can’t taste good. Mix all ingredients in warm water, stir until salt and molasses are dissolved. Add Ice until brine temperature is under 45° F. Put Woodchuck in plastic bag or container, pour in brine and surround with ice in cooler. Brine for 40 hours, perhaps more depending on how bad the woodchuck smells. Double the cider application if particularly grossed out.

Remove whistlepig from brine solution and sear on grill at 600 degrees F on all sides, 1-2 minutes each. Put in braise for 2.5 hours at 200 degrees or until you feel like it’s reached a temperature that has killed off anything that could give you a deadly disease or diarrhea in the middle of the night. Remove from braise and apply liberal amounts of BBQ sauce mixture and place the woodchuck directly on the grill to caramelize the sauce to the exterior of the woodchuck.

Eat it and don’t think about how much money you wasted on the ingredients.

The kids were particularly interested in tasting the finished product, and Brock and I were interested in receiving unbiased feedback from them and our wives on how it tasted. The kids were easy – we had each of them come outside alone and give us a short description of what they thought about it. They are still young and listen to the adults for the most part. The wives were tricky. They are sisters and generally side with each other when discussing their husband’s faults. They would not taste it alone, which led to biased feedback, but that was expected anyway.

It’s worth noting that the kids picked the carcass clean after the taste test was over and after we underfed them at dinner time with normal food. But what about Brock and me? How did we rate it? I’d say both of us gave it a solid 5 out of 10. It really wasn’t bad and did exceed our expectations, but it still wouldn’t be our first choice of meat. I think we can do better with it, which leaves room for another attempt in the future.

I think the most important takeaway from this entire process is how wild game has a way of bringing people together. One afternoon a year ago, a lowly woodchuck met its demise on my third lucky shot, and this past weekend it brought a group of young kids and loving wives together who made a memory that won’t be soon forgotten. Imagine a group of vegans convening to celebrate the harvest of a piece of celery. It can’t be the same. 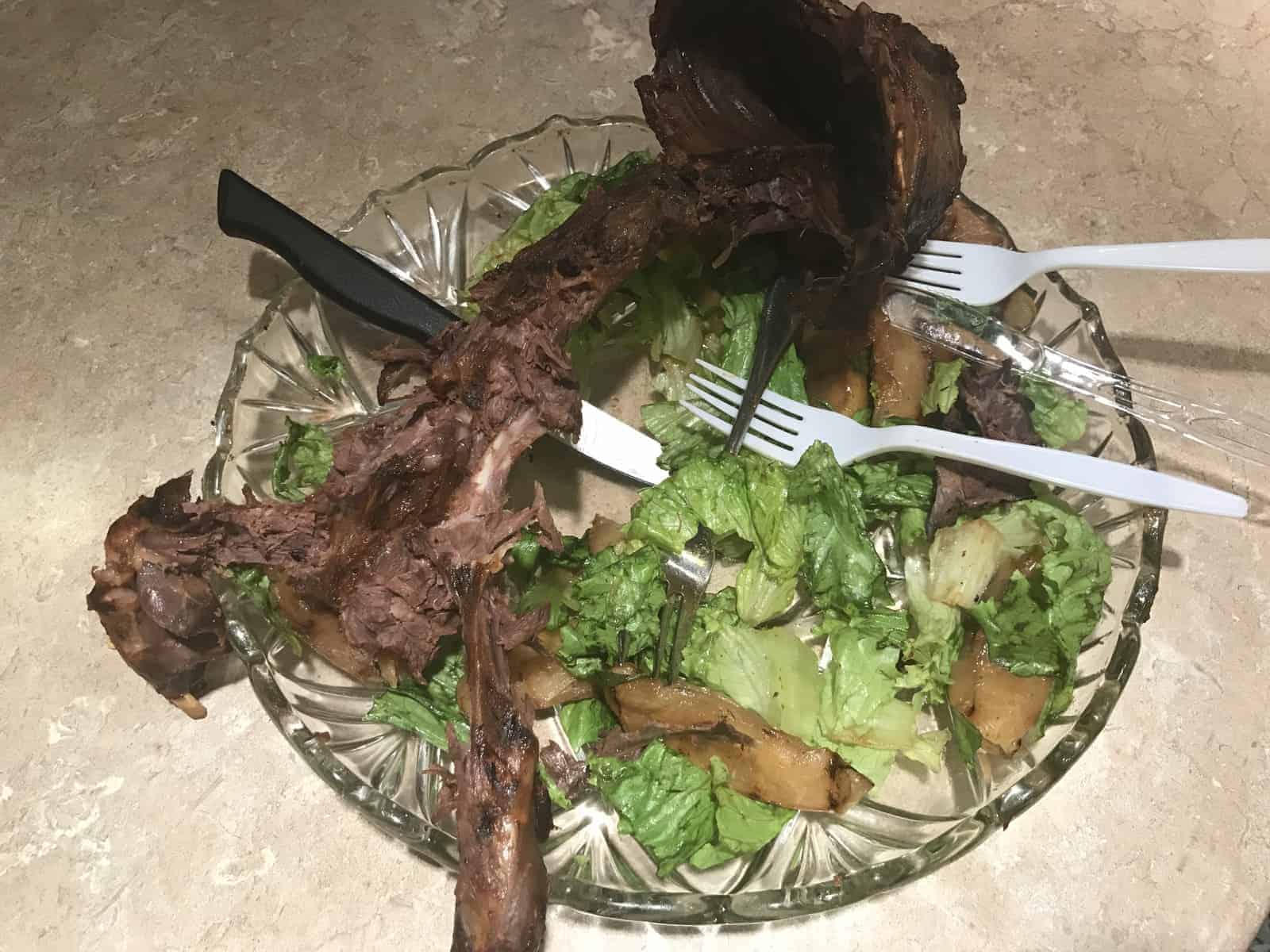 Phew! That was quite a process. Thanks for enjoying the ride with us.