A Sad Case of Venison 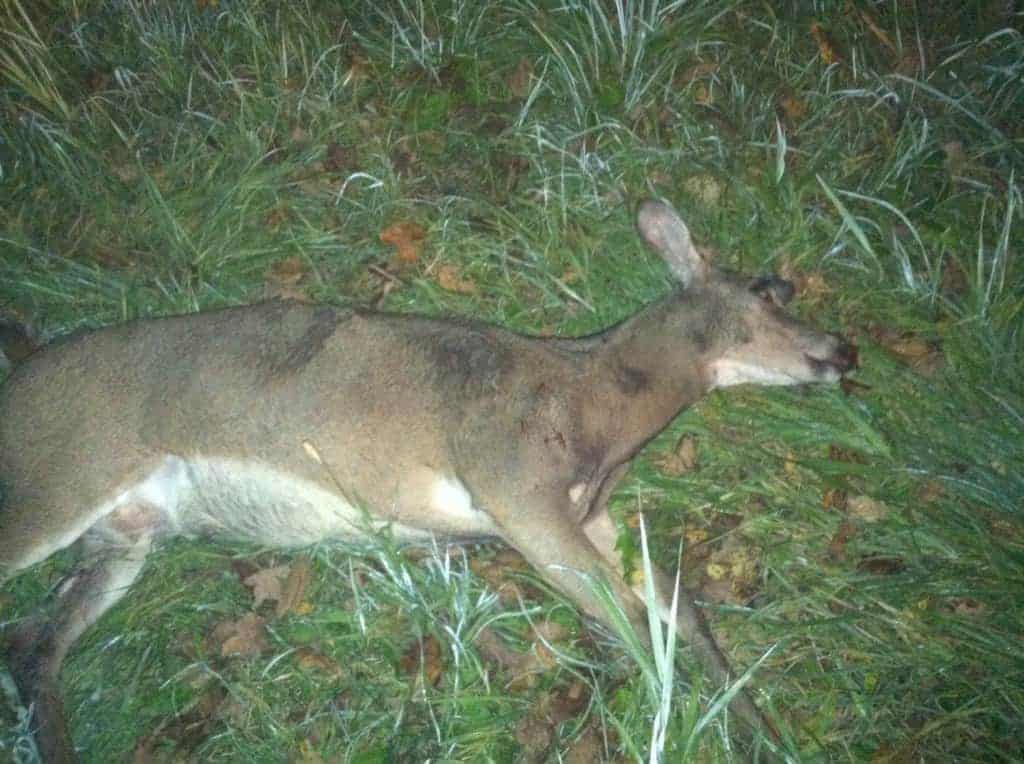 Why is it that I can kill a deer during hunting season and not feel much remorse but when a motorist collides with a deer I hate it and feel deeply sorry for the deer? It is such an awful way to go and the deer often lives for a while after the collision suffering in extreme pain.   Last night I had an up close and personal experience with a badly injured deer from a collision with a car that was clearly was not going to survive. To make a long story short, the deer’s back was broken and it was unable to move, but it remained alive for quite some time until the warden was able to come kill it. Sad.

Unfortunately, far too many deer are killed by vehicles every year. Did you know State Farm Insurance predicted that over 1.2 million deer would be struck by vehicles in 2012? According to their list, Vermont ranks 28th in the nation for vehicle collisions with an estimated 2,848 in 2012 and New Hampshire is ranked 35th on the list with 3,705 collisions. Rankings are based on the odds of a collision occurring, not the number of collisions. Odds of a collision in VT are 1/180.3 and in NH they are 1/279.9. West Virginia is ranked first with 1/39.9 odds of a collision. To see how all the states stack up click here.

If there is a happy ending to this story it’s that the Warden issued us a tag and whatever meat that’s still good on the deer will be salvaged. It may sound gross to eat road kill, but in all reality this deer was as fresh as they come and a lot of the meat is still good, it just so happens that it was killed by a car and not a hunter.  Can you imagine if only 10 pounds of meat was able to be saved from each collision? That would equal 12 million pounds! Obviously, not every deer killed by a vehicle is salvageable, but at least this one was and it won’t go to waste.

There is some consolation in that.