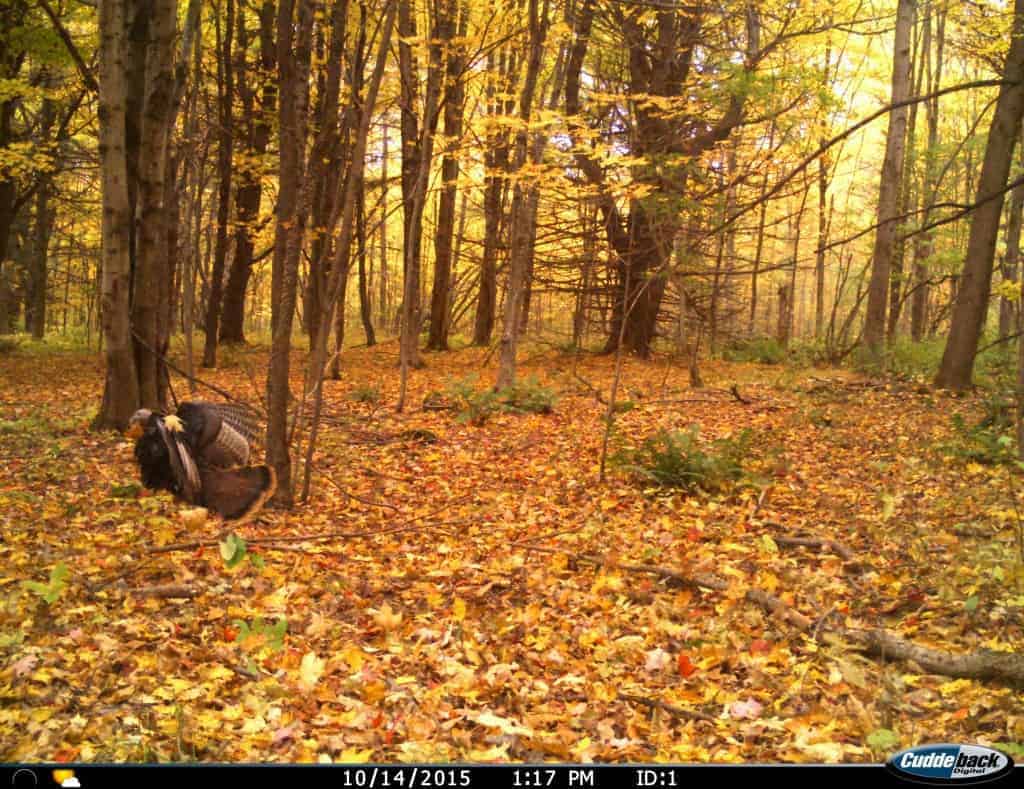 It’s hard to beat the excitement of pulling a SD card out of a camera! This year, I was fortunate enough to capture a couple of good bucks on camera and a few other fun photos. It’s time to share them 🙂 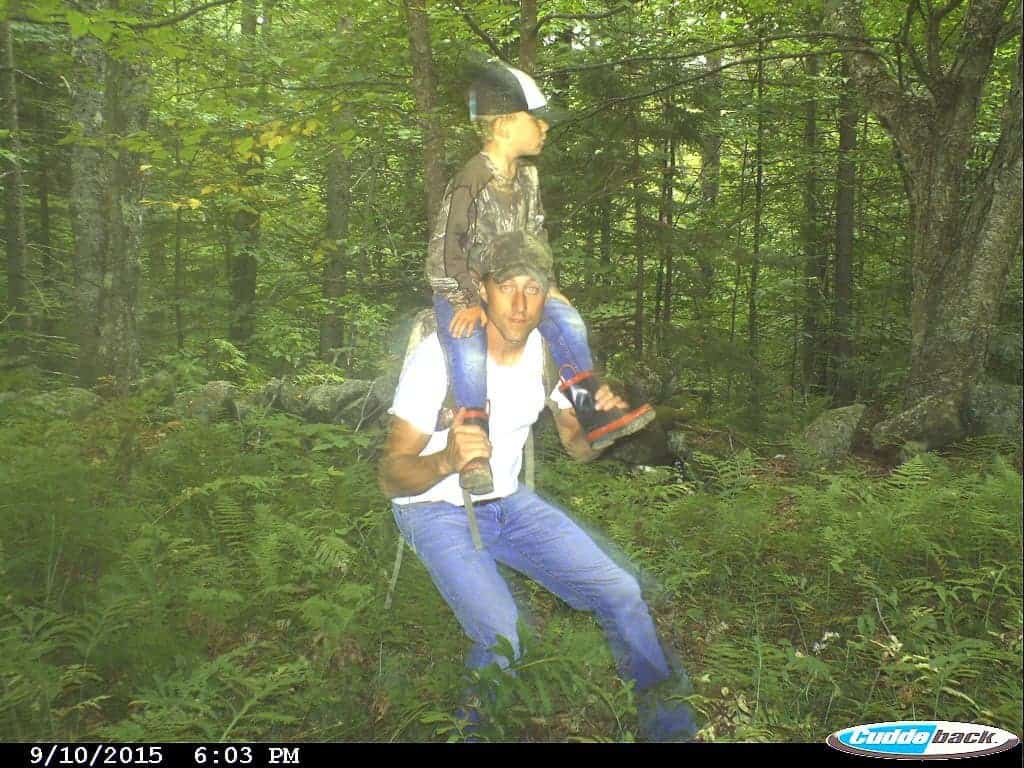 Sam is getting so big now. It’s fun to take him along to cameras but it’s a lot of work. I carry him on my shoulders most of the time to keep him as far away from ticks as possible. On one particular trip he announced to me that he was “tired” from all the hiking through the woods.

“It must be tough riding on my shoulders the whole time, Bud…” I fired back. 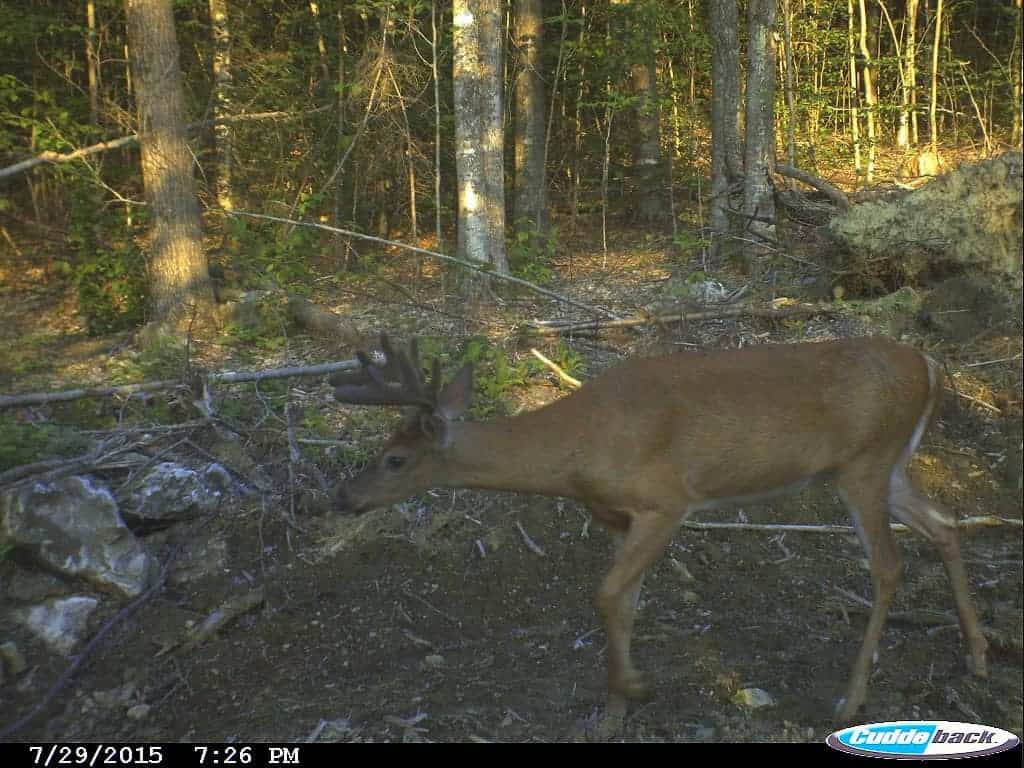 On my very first check of the year I had this guy on camera. I believe him to be the same 10 point buck I had on camera last year. He’s put on 15-20 inches of bone in a year. I was really hopeing to see him but it wasn’t meant to be. He never walked by my camera again the rest of the year so I’m not sure if he made it through another year. If he did, he’ll be a real stud. 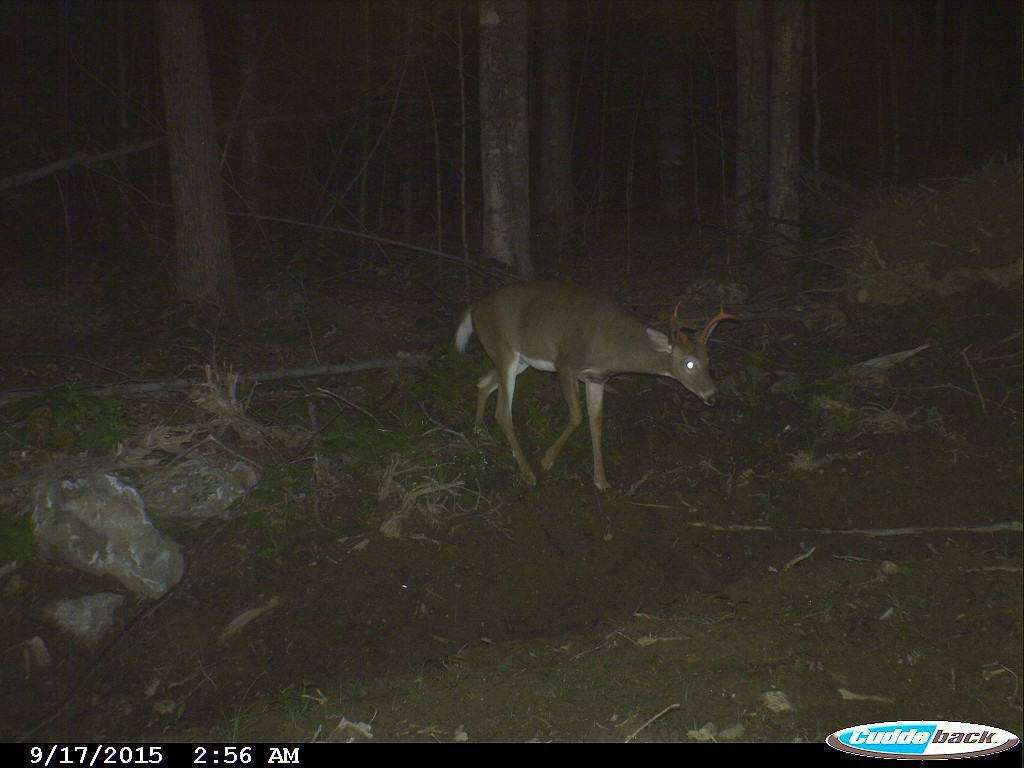 This picture of a buck shedding the velvet off his antlers is a first for me! Really cool. 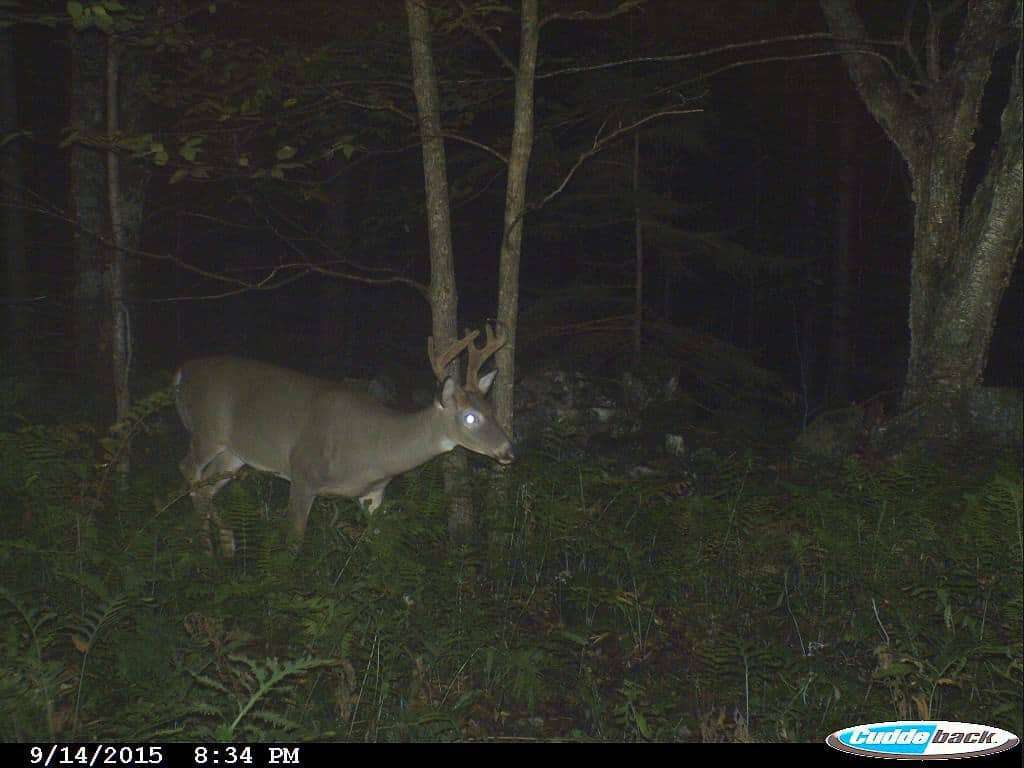 One of the boys of summer. 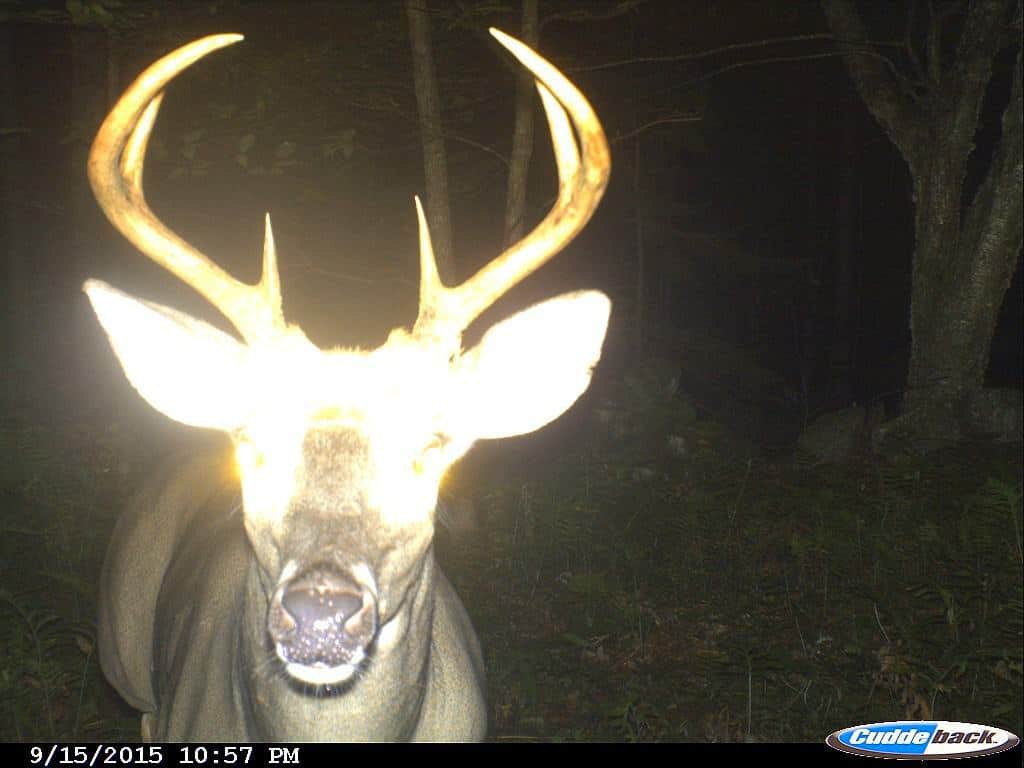 Another one of the boys. 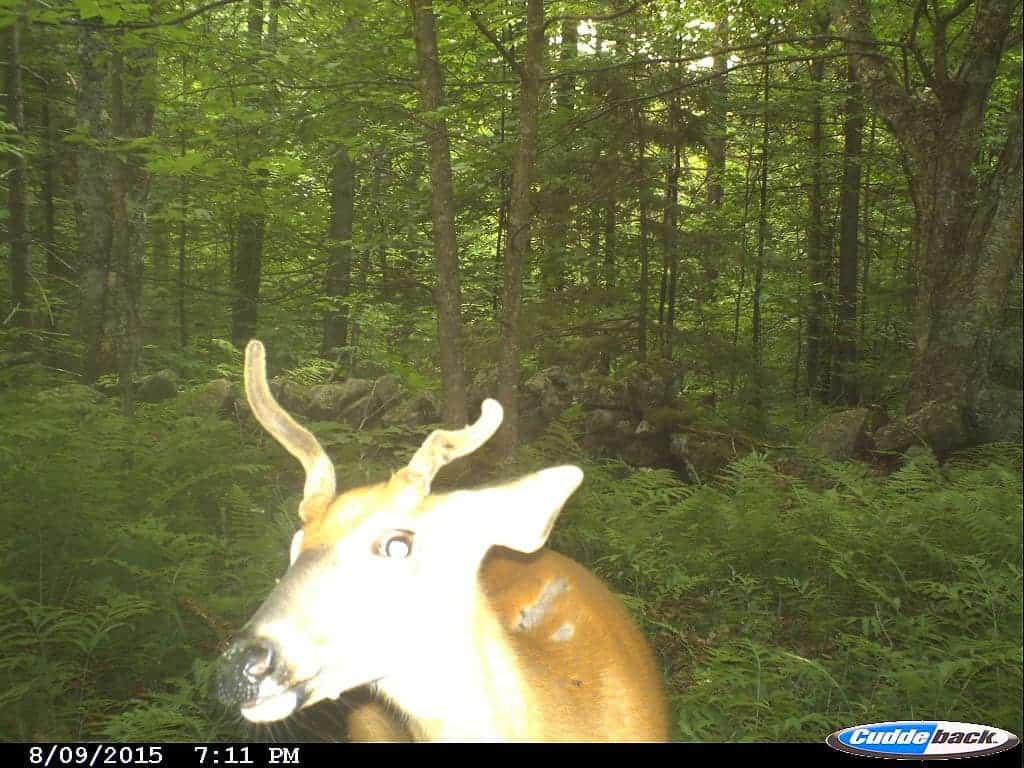 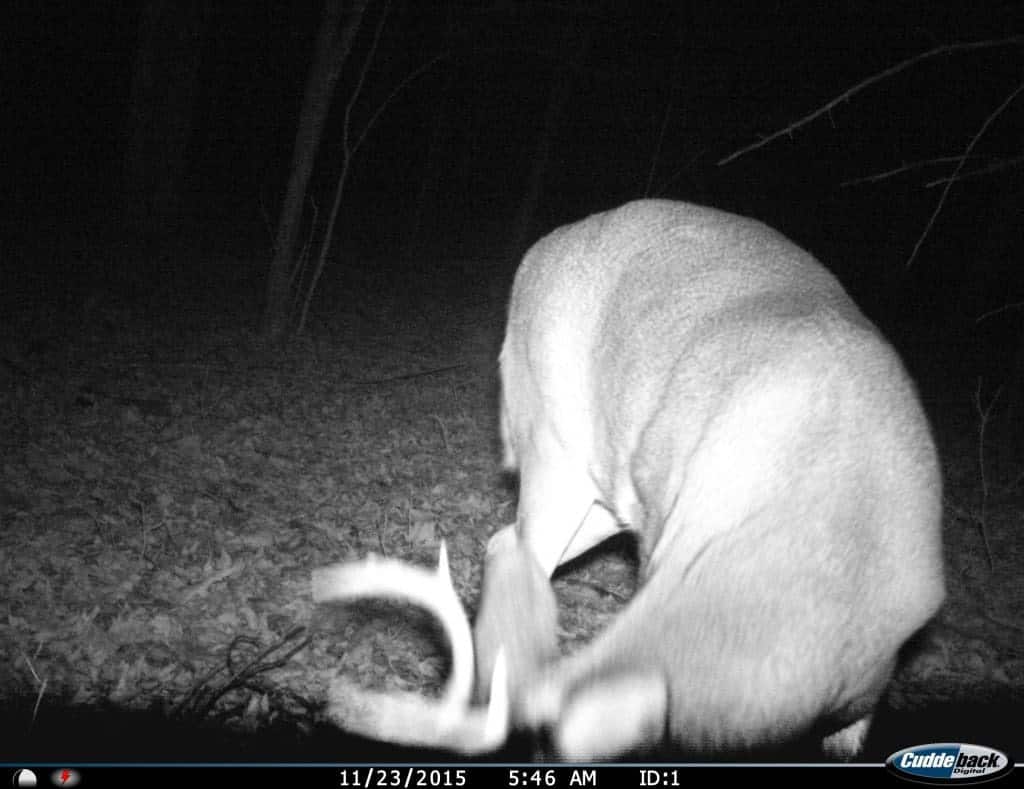 Even when they are blurry, pictures of bucks never get old. 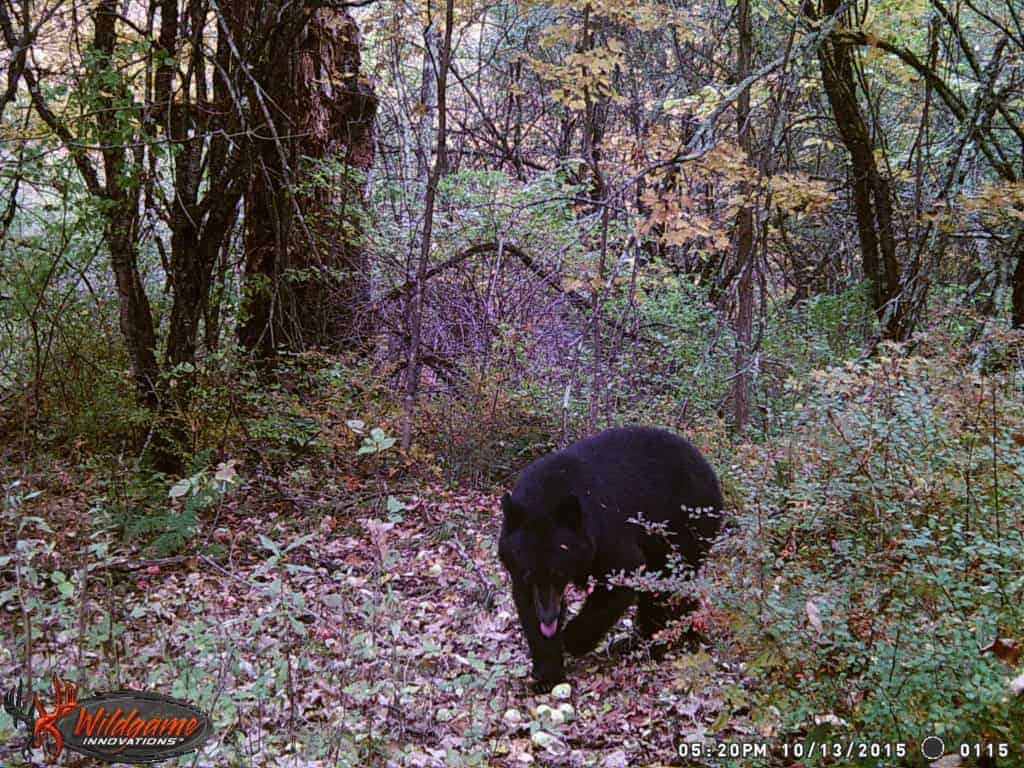 Just a bear getting a midday snack on some apples. 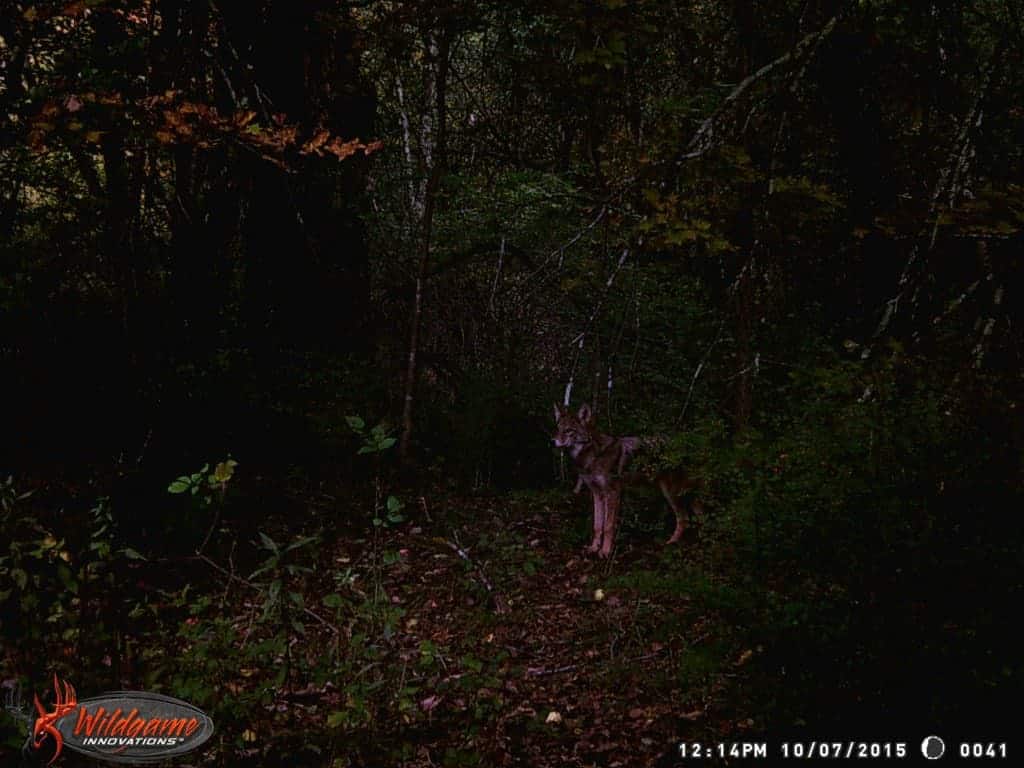 The Exposure is a bit off but it makes for a cool picture of this coyote. This picture was taken in the middle of the day. 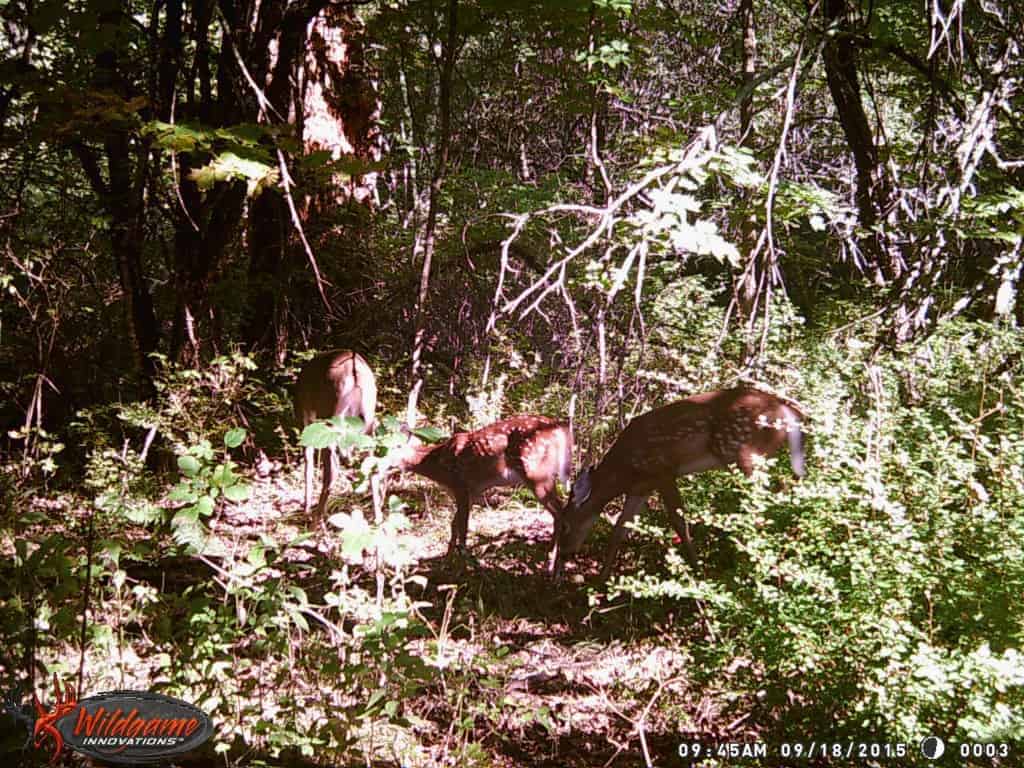 As always, thanks for taking the time to read my posts. I plan on sharing a few more pictures from the past fall in the future so don’t miss out! Subscribe here: Subscribe