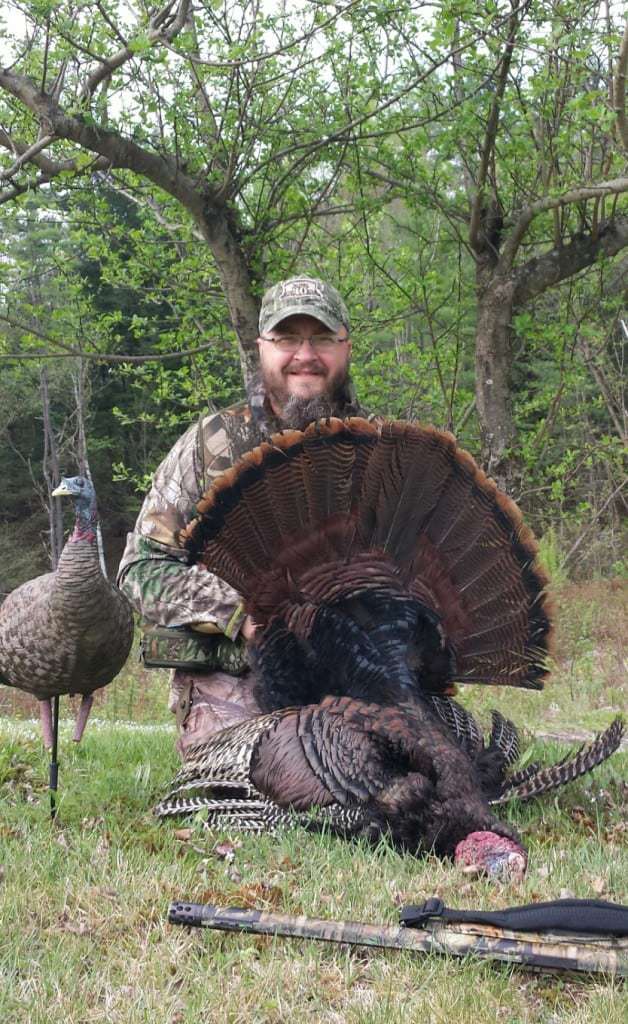 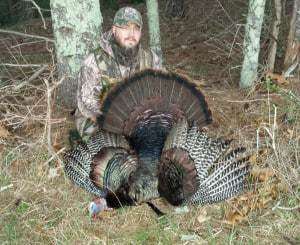 By now most of you know I’ll be embarking on my first ever turkey hunt this year. I’ve also made it clear that I am clueless when it comes to turkey hunting, so I decided it was in my best interest to humble myself and ask for some advice. Fortunately, I had a good idea of who to ask – and he didn’t disappoint.

Brett Ladeau is the Vermont State Chapter President for the National Wild Turkey Federation (NWTF) as well as the local Chapter President for the Upper Valley Longbeards, based out of White River Junction, Vermont.  He’s hunted turkeys since 1997, and last year he successfully hunted all six New England states plus New York. In addition to filling turkey tags, Brett has placed or won turkey calling contests in Maine, New Hampshire, Vermont, New York and Massachusetts. Last year, he placed 8th in the Friction Division at the Grand National Finals. He is a turkey fanatic.

Are you convinced yet that he is the right person to ask? I was, so I asked him five questions that were bouncing around in my skull. My questions are in bold.

Brett, I have never hunted turkeys in the spring, so I haven’t the slightest clue as to where to begin. What’s the number one thing I should keep in mind as I dive into this hobby?

It’s addictive so make sure you are ready to be addicted before you start.  I can’t imagine if you like hunting that you won’t become addicted to turkey hunting.  When I first started turkey hunting I watched tons of turkey hunting videos and listened to instructional tapes.  If you search YouTube you should find more than enough stuff to get you started.  The instructional stuff is all over the place, some good some bad, so be sure it’s quality stuff.  Some of those guys that give advice aren’t really that good so take it for a suggestion but don’t rely on it. 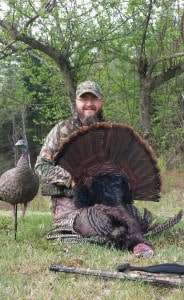 Yes, I’ve found that the more time spent in the woods makes you a better hunter for deer as well as turkey.  Look and listen for roosting places.  I get up early in the morning and go to places I plan to hunt and listen for a turkey to gobble at first light.  Once I get a few places picked out I will walk the property, depending on how well I already know it, and look for obstacles that might obstruct a turkey from coming to my calling location.  I look for streams, fences, stone walls, and other items that may hang a turkey up and either set up within shotgun range of those obstacles, of possible, or try to avoid calling a turkey through them.  The better you know the land the better your chances of calling a turkey in.

Since I don’t own a shotgun, I’ll be eyeing many of my friend’s gun collections over the next couple of weeks with hopes that one of them will let me borrow a shotgun for my turkey hunt. How will I know when I spot “the one”?

If I was looking to borrow a shotgun I’d like it fully camouflaged or with a matte finish so no reflection could be seen if the sun hits it. I’d want a full or extra full, interchangeable, choke or one that was specialized for turkey.  You are looking for a tight pattern down range so full choke is preferred.  I’d also look for a shotgun that had a front and rear sight or a red dot scope.  Aiming at a turkey’s head, where the feathers meet the waddles, is the best place to aim to ensure an ethical harvest and having the rear sight or scope make that easier.  A shotgun that is chambered for 3 and/or 3 ½” is also suggested.  Most turkey loads are in 3 or 3 1/2” variety with shot size 5’s or 6’s routinely patterning best out of most shotguns.  I’d take a couple practice shots at 30 and 40 yards just to make sure you were comfortable that you could hit a turkey at those distances. 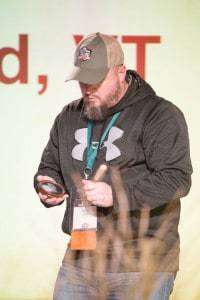 I’ve talked to enough turkey hunters to know that calling is an integral part of the hunt. What type of call do you recommend for someone like me who has never given it a try?

Push-pin, box calls, and slate style calls (all friction calls) are probably the easiest to learn but don’t be afraid of the diaphragm call too.  Like anything they all take practice to use but I think you could be good enough to call a bird in with a friction style call before the season starts.  Practice, practice, and practice.  The more real you sound the more successful you will be.  When practicing try to have a tape, CD, DVD , or  iPod recordings of actual turkey and mimic them to the best of your ability.  There are several good options out there.  YouTube and iTunes are both good places to start.  Tree Top Turkey recordings are some of the best out there.  They still have some recordings on CD but most are on iTunes or in other digital formats.  WildTalker Game Calls also has an excellent CD called Spittin’ Feathers that is worth a listen too.  If money is an issue I’d stick with youtube sound files of real turkey.

To continue on the calling theme, what are the most common mistakes hunters make when calling to a big ole Tom?

Some people say overcalling is the biggest mistake; I am not one of those people.  I like to call a lot, but I am fine with whatever style makes you happy.  There are circumstances where less might be more, but for the most part I call a lot.  Take the temperature of the turkey and call as much or as little as you want.  If the turkey doesn’t come in he’ll be there to hunt another day.  Have fun with it and don’t be afraid to experiment.

Good info! I can’t wait to put it to use chasing turkeys! If you liked that, I suggest coming back soon for a second interview with Brett specific to calling turkeys. OR…you could subscribe so you don’t miss a single article! Subscribe here: Subscribe