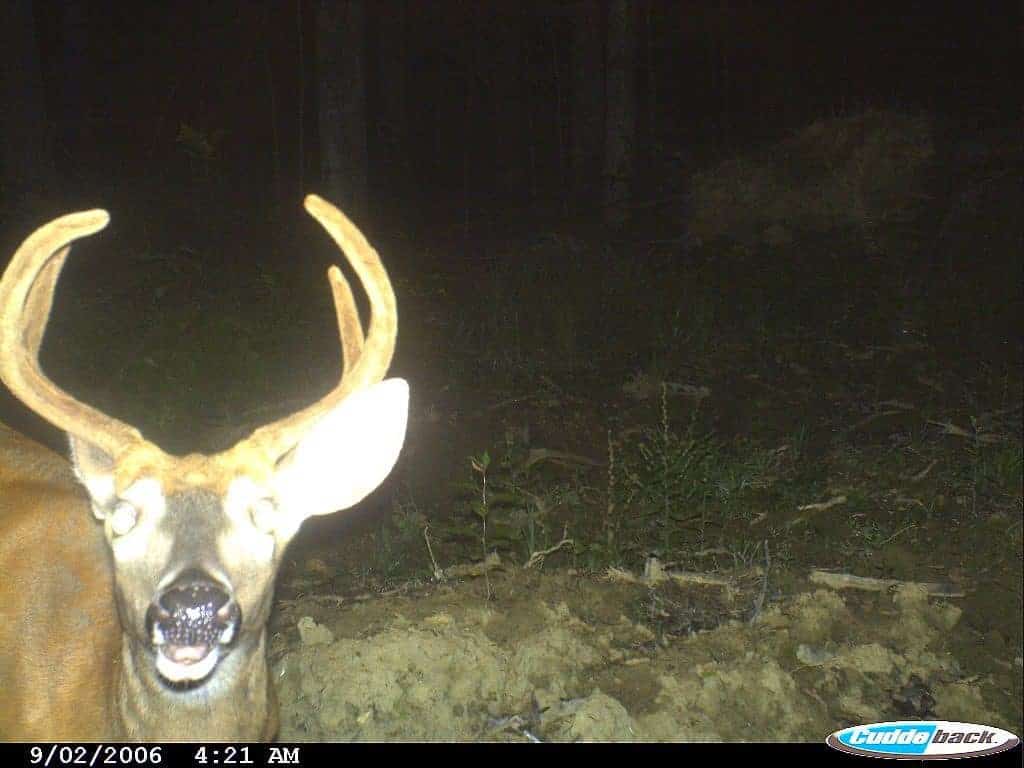 Trail Cameras can be a blessing and a curse. They provide twenty-four hour surveillance in the woods, which is a real benefit to a guy like me who always feels too busy to find the time to scout. On the other hand, they can drive you nuts because you discover that all those deer tracks in the mud are made and night and not during legal hunting hours.

I’ve been getting scattered pictures of a few different bucks this summer. Neither one is very large – probably 2.5 year old deer, but one of them might be 3.5 years old. The point is, they are not monsters, but they are fun to get pictures of. The problem is that most of the pictures are at night making them difficult to hunt (insert angry face here).

This week I decided to scroll through the pictures I have of the five pointer and plot each one on a Google Map to see if that would help me get a better handle on his movements. My hope was to find a chink in his armor that might leave him exposed and vulnerable.

The first thing I did was identify each camera position with a yellow dot. Second, I created colored arrows that corresponded with certain times of the day to identify when his picture was taken. I narrowed it down to three timeframes – 1 hour before light to 2 hours after, 2 hours before dark to one hour after, and night time. He never moved during the middle of the day so I didn’t need a colored arrow for that time. I then placed the arrows on the map pointing in the direction he was traveling when his picture was taken. 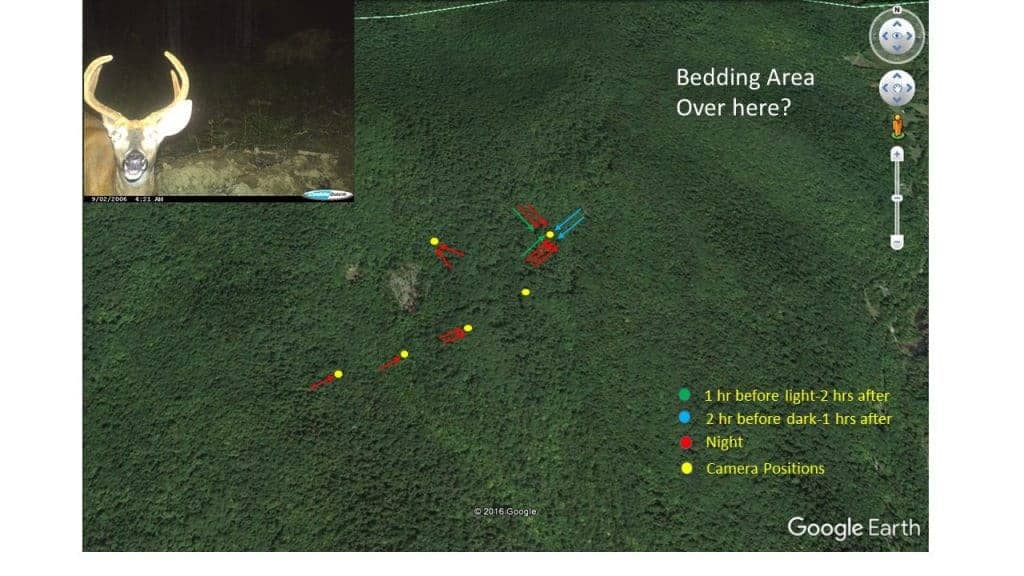 I was pretty sure I knew the general area he was bedding and seeing the arrows on the map does help to confirm that. It was also nice to visualize that he may be vulnerable at one location, though it is extremely difficult to get to for a morning hunt without spooking other deer, and possibly him, on the way in.

It was disappointing to see how little he moves during daylight hours, but at least I know where he spends a lot of time. Hopefully as the rut draws near he will become more active during the day. Until then, I’ll have to find a morning when I can try to sneak into position and ambush where he’s shown a little vulnerability.

The best time of the year is drawing nearer, folks!

gonna change the name of the blog to 5-point if you take him?