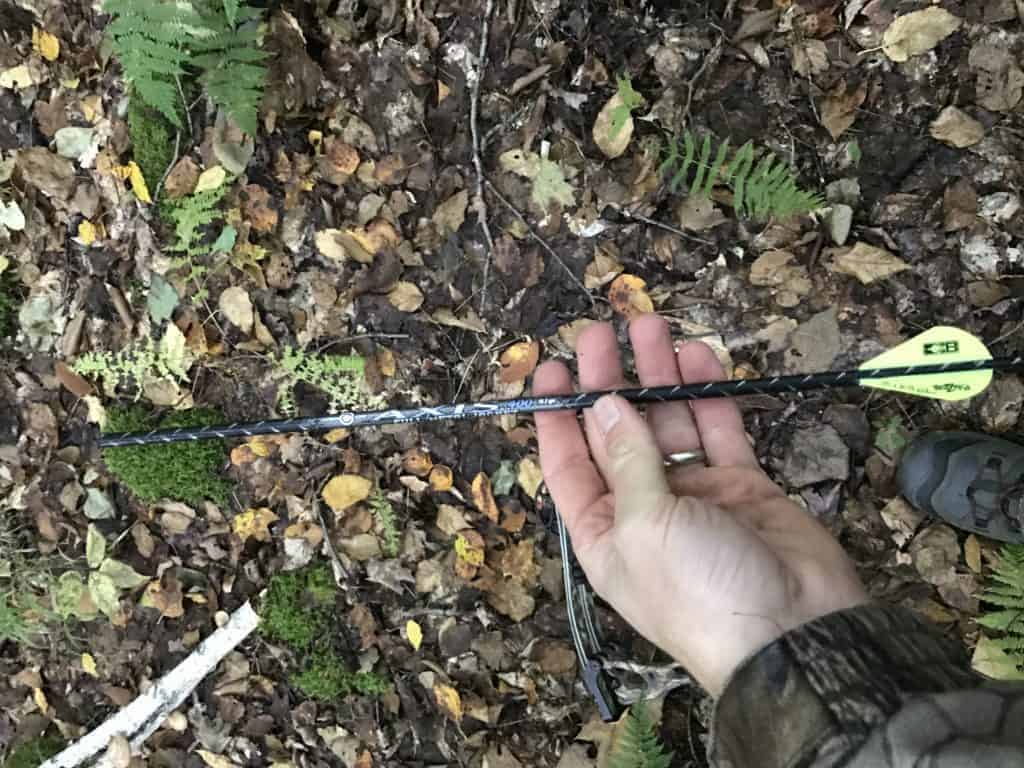 I don’t know whether to laugh or cry. Everything was playing out perfectly. At least it was until I got involved.

Vermont Archery season opened this past Saturday and with it a renewed excitement over the thought of hunting in some new scenery. New Hampshire has been fun, but I haven’t had any luck over there yet. Vermont, I was convinced, would bring a change in the action.

I was able to hit the woods for the first time Saturday afternoon. First on my list was to check trail cameras to see what kind of activity they’d recorded over the past three weeks. There were a number of good pictures, but overall I was disappointed. Very few of the pics were taken during legal hunting hours (except for the 1000’s of wind pictures). Those that were in the daylight were shortly after daybreak and in areas that are extremely difficult to access for a morning hunt without spooking the deer out on the way to the stand.

Sunday afternoon was a different story. Christian invited me to tag along with him, and I jumped at the opportunity. He has a nice food plot, but according to him, “the deer don’t come to it.” Very strange. He led me well past the food plot and pointed out his ladder stand that was secured to an oak tree growing between a couple of big pines. Out in front was a well-worn deer trail – the kind I imagined deer using regularly at night when no one is in the stand.

Christian left me and continued on up the hill to pick some random tree to climb where he was sure to see deer. He’s pretty good at that. I settled into the ladder stand for the evening. It was a bit of a tricky set up in that it was only twelve feet off the ground and was backlit by an opening in the trees that allowed light to reach the forest floor. An amateur hunter maneuvering into shooting position would be easy pickings for a deer as it wandered down the trail.

Unbelievably, a deer showed up just after five and was heading my way. The trail she was on would give me a twenty-two yard, broadside shot. It doesn’t get any easier than that! Having spotted the deer in the brush long before it would reach me, I had time to get into position like a pro and was more than ready for the moment of truth. When the doe passed behind a birch tree with some brush around the based I came to full draw. A few more steps and I’d have her.

She stopped broadside and I let my arrow fly. That’s when everything went wrong. A sapling grew out of nowhere and grabbed my arrow as it flew by, causing it careen off course. The new illuminated nock I’d purchased to hunt with this year looked like an orange spark shooting off to the right when the arrow impacted with the sapling. It would have been a cool sight if it wasn’t such a sad one.

I must say, my confidence as an archer is at an all-time low. Last year I wounded a doe and missed another for a reason I can’t explain. The year before that I’d put a marginal hit on a doe because my bow limb hit a branch in the tree I was in at the release. I was able to find the doe, but still…The last three encounters with deer have not been confidence boosters, and now this!

Other than feelings of depression, anxiety, and anger, as well as feeling humbled, embarrassed, and like a real loser after failing to capitalize on an opportunity like that, I think the worst feeling is having to wait until the next time I can hunt to try to redeem myself! Also, it’s really eating at me that I wasn’t able to shoot a deer out of Christian’s stand. That’s the worst.

When the depression lets up I’ll head back to the woods. Until then I plan on wallowing in a pit of my own despair and there is nothing that can be done about it. Unless, of course, my wife suggests that I give it another shot tomorrow night…I wonder if she is reading this?