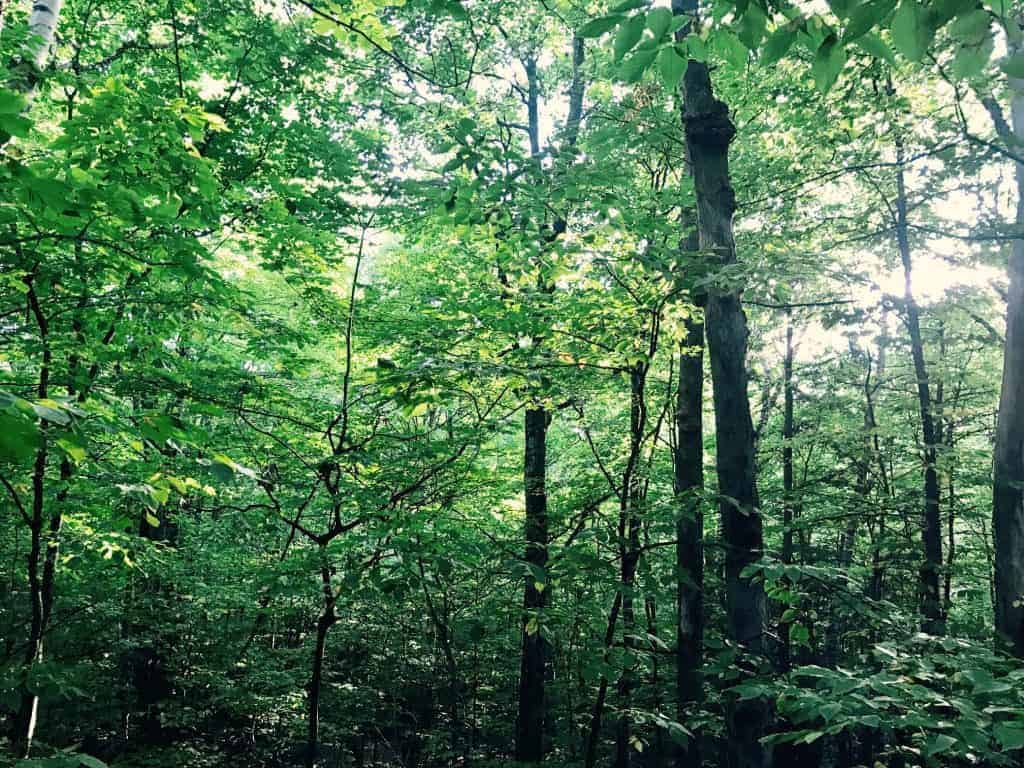 Well, what do you know? I finally saw some deer, but thanks to the wind (and perhaps a bad scent control strategy), I am still empty-handed and frustrated.

I decided to switch up my strategy. As you are aware, I’ve been hunting over nuts since the start of the season. My thinking was that I had a better chance of shooting a buck in the nuts, but it has been so hit or miss (mostly miss) with deer sightings that I’d finally had enough. It was time to near some apples for a change of pace and hopefully a deer sighting.

The apples I have an opportunity to hunt over are not as secluded as the nuts, so my odds of shooting a buck near them are much lower. In fact, I don’t know as if I’ve ever seen a buck or gotten a trail camera photo of one here in the early season until well after dark. Does and fawns are another story, however. They aren’t nearly as reclusive of the bucks. That’s okay, they taste pretty good too.

I decided to sit in a stand about 60 yards upwind of the apple trees knowing full well that if any deer approached from the opposite direction that they’d likely smell me. The deer I was hoping to ambush were the ones en route to the trees from my right side, which was upwind. Any deer approaching from that direction would file right by my position allowing me to ambush them before they got downwind of me and spooked.

That’s not how it played out.

Just about the time I was going to finally beat my phone at a game of cribbage, I looked up and saw some deer feeding their way towards the apple trees. I slipped my phone into my pocket and gave the deer a once over with my binocs. Both does.

As predicted, they eventually caught my scent and nervously walked back into the woods away from me. Drat! I couldn’t be mad; I had expected that scenario to play out the way it did because of the wind direction. A few minutes later I heard a noise to my right and spotted a different deer approaching from the upwind side!

It was another doe. She got hung up for some time about forty-five yards out, and I watched her with anticipation. Finally, she took some steps towards in my direction and I readied for a shot thinking she’d pass right in front of me. Unbelievably, the wind switched and blew the exact opposite direction it had been blowing all night. I felt it hit the back of my neck and instantly knew I was doomed.

She snapped to full alert and gave me the evil eye for a bit. Then it was over. She trotted away leaving me shaking my head. I considered writing a poem inspired by depression and frustration to help alleviate my feelings, but my creativity was crushed by the depression and frustration on which I was relying on for the inspiration. Ironic, I’d say.

That sums up my early season hunting in New Hampshire. Next stop will be Vermont which opens this Saturday. I won’t be out Saturday morning because I am running (yes, running) in a 10K race with my wife over in Bristol, NH. It’d be fun if it wasn’t for the running part, or if it wasn’t on opening of day of archery in Vermont. I got into this mess when I signed up for it, so I only have myself to blame. Those deer better watch out on Saturday afternoon!

Thank you for taking the time to read my depressing updates. I’ll be right back here again this Monday with another sob story – I’m sure of it!

Since I’ve already heard the sob-story I’m sure of it too! Can’t wait to read about it though……one never tires of a good sob-story.