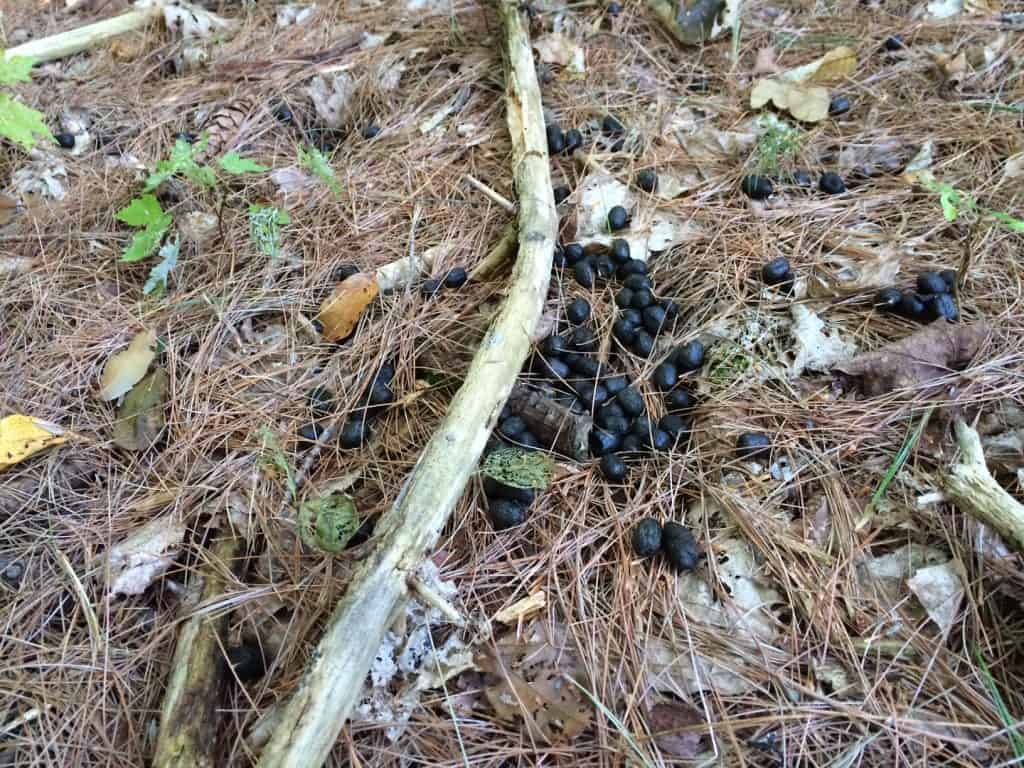 I have confirmed that the deer use their trails when I am not there. After my fourth and fifth hunts of the year, I feel no more clued in to their whereabouts than I did before the season started. Perhaps some preseason scouting would have helped prevent this problem, but it’s too late for that now. I can’t live in the past.

I was not able to get out all week for various reasons, thus the reason for no update last Thursday. But after a successful squirrel hunt with my son on Saturday I met up with a friend and we hit the woods with great anticipation. I was planning to hunt one of my favorite stand locations situated among towering oak trees that are currently raining acorns like it’s their job. Deer sign is evident everywhere. It would lead one to think the deer frequent the area and that it makes sense to wait for them there.  I don’t know, maybe I’m crazy.

When Christian and I reached the crest of the hill I suggested he head north until he found another stand of big oaks and climb a tree. He’s not familiar with the area like I am so he followed my every word. I didn’t really know where the stand of oaks was. I am not as familiar with that part of the land as he thinks I am. I mean, there are oaks over there somewhere, I was sure of that. Whatever. He walked in the direction I told him, picked a tree, and shot a deer. I make a better guide than hunter, I guess. 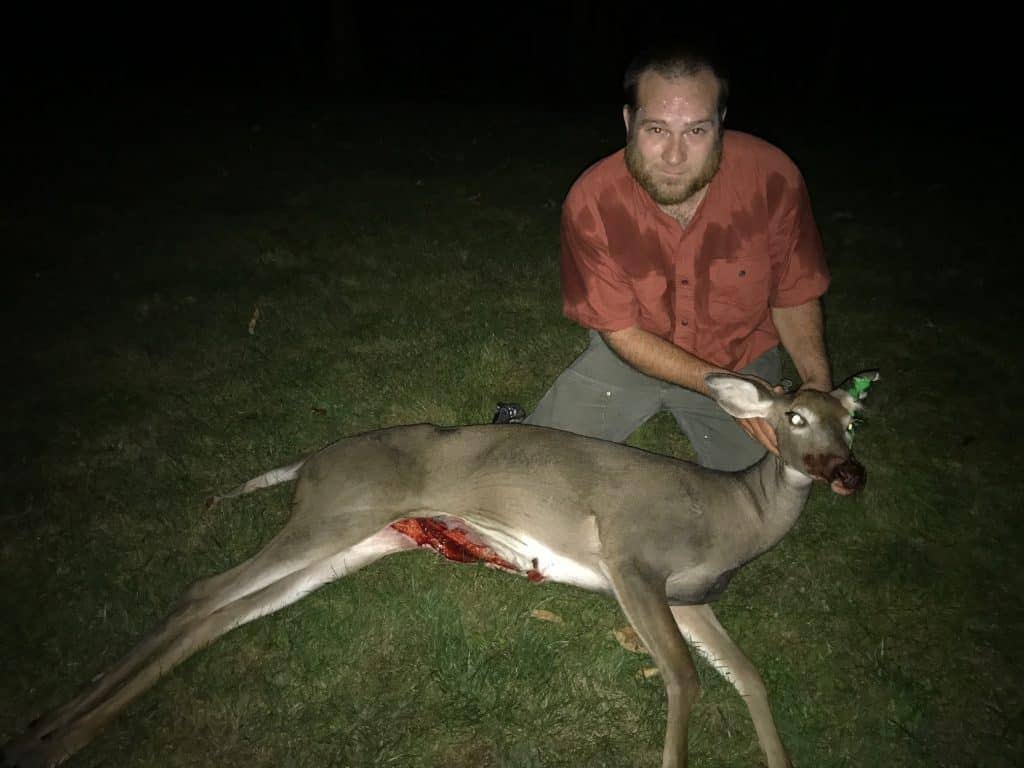 This deer must have walked almost within sight of my tree, maybe even within sight, because it came from my direction. I am not sure how I missed it. I suppose it could have been one of the times I was checking college football scores, watching YouTube, scrolling through my Facebook feed, or texting, but it’s hard to imagine any of those as the reason. It was probably one of the times I was intently looking in the wrong direction. That happens to me too often.

I saw my first porcupine of the season, however. That was exciting.

Christian put a solid hit on the deer and it only ran halfway to the bottom of the hill – a real plus since it was in the opposite direction of the truck. The uphill drag back to the truck was a real doozy but could have been much worse if I’d actually pulled the entire time. Most of the time I faked it out of spite.

In all seriousness, a good time was had by all. I’m really glad he had the opportunity to shoot a deer. Really, I am.

Sunday proved to be a total bust. I went back to the same location because I left my treestand there the night before so it would be easier to pretend to help Christian drag his deer. About 6,000 squirrels ran by my tree but no deer or porcupines showed. I have this problem on years when the mast crop is heavy. The deer don’t move with any sort of pattern and they don’t cooperate with my plans. It’s a real jerk move by the deer. I end up constantly scrutinizing my strategy to determine what I could be doing different, but I’m always left flummoxed (that’s a big word for my current mental state).

My plan moving forward is to try to find another day to hunt this week. That’s step number one. Step number two will be deciding between hunting over hickory nuts or acorns. Right now I am leaning towards the hickory’s, but it’s all pointless if I can’t find a day to hunt. I guy can dream, though, and that’s exactly what I’ll do until the next time my butt’s in a treestand.

I had a GREAT first hunt with my son, Sam, on Saturday afternoon! I can’t wait to update you on the fun we had together.