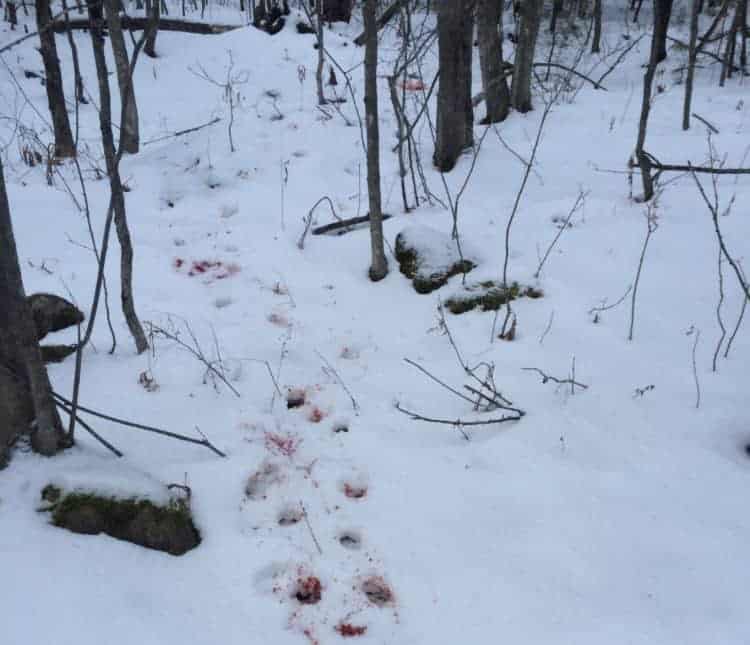 Let me spare you the agony and sum up my last weekend of hunting like this – I went hunting, saw nothing, and came home.

Now let me tell you about the story of the wounded doe. After a morning of hunting on Saturday, I dropped my dad off at his house, and as I was pulling out of the driveway I noticed a doe standing broadside in the brush across the creek. So I did what any hunter would do; I put the truck in reverse.

Adding intrigue to the situation were the two hunters that had been walking along the road when we returned from hunting. That was not normal given the lack of huntable area near their house. My parents own a little field that can be loosely described as triangular shaped, bordered by roads on two sides and a brook on the third. Sandwiched between the creek and a third road is a small patch of woods perhaps 300 yards long and not more than 100 yards wide.

Deer definitely travel through the woods but mostly at night, not at noon, so the sight of her standing there in broad daylight was out of place. When dad and I reemerged from the house to look for her and devise a plan of attack, she was nowhere to be found. As we scanned the area from beneath my childhood basketball hoop, I noticed a deer shaped log bedded in the snow. Normally, the deer shaped logs I see are just that – deer shaped logs. Many moons ago when I was but a novice hunter, I put one heck of a stalk on one only to discover it was a rotting hemlock shaped like a giant elk taking a nap.

Much to my surprise, the bedded log turned out to be the doe. That’s when I started to piece together the story unfolding before us. The image of her standing in the snow as I was pulling out of the driveway only minutes before provided the ultimate clue. I hadn’t thought much of the way she had been standing at the time I saw her, but recalling the image in my mind I could clearly see that she was hunched up. The two hunters swarming the area were most certainly looking for the deer that one of them had wounded.

The well casing just off the driveway would have provided a nice rest for a finishing shot on her while she lay facing the other way, but to me the shot was too dangerous to take. There was a dirt road not more than seventy yards on the other side of her that people often walk on, and strangely enough, cars frequent it as well. Oh, there are houses in the area too, although not directly in the line of fire I had. It all added up in my head as a shot I should not take.

About this time, I noticed the two hunters off in the distance walking on the road back in my direction. In the time it took one of them to reach me at the well casing, the doe had spooked and moved about fifty yards but still offered no safe shot. She bedded again.

I discussed what I’d observed with one of the hunters while the other one circled around on the road the bordered the opposite side of the brush patch. He confirmed that his friend had indeed hit the doe earlier that morning on the hillside across the road. While talking, the other hunter pushed the deer again and it jettisoned the brush patch and ran across a field along the brook.

To make a long story even longer, I met back up with the hunters five minutes later and gave them my two cents. I suggested letting the doe lay up and returning back later. She was obviously not going far as she had bedded up three times within a hundred-yard span while we watched her. I wished them luck and drove home hoping that they would be able to recover the deer.

If I’d been able to finish off the deer, I would have claimed it as mine if the two hunters had never returned, but once I saw them coming back I had no intention of keeping it.  I just wanted to help finish it off to end the suffering and so the hunter who shot it first could tag it. I’ve heard of hunters fighting over a deer, which is something I don’t fully understand, especially in a scenario like this one. It clearly belonged to one of them.

Fortunately, the story does have some closure. Later that afternoon I was traveling through the area after attending the Wassail Parade in Woodstock and drove a little out of the way to look for evidence that the hunters had recovered the deer. I noticed a fresh drag mark in the snow leading in the direction of where we’d last seen the deer run. 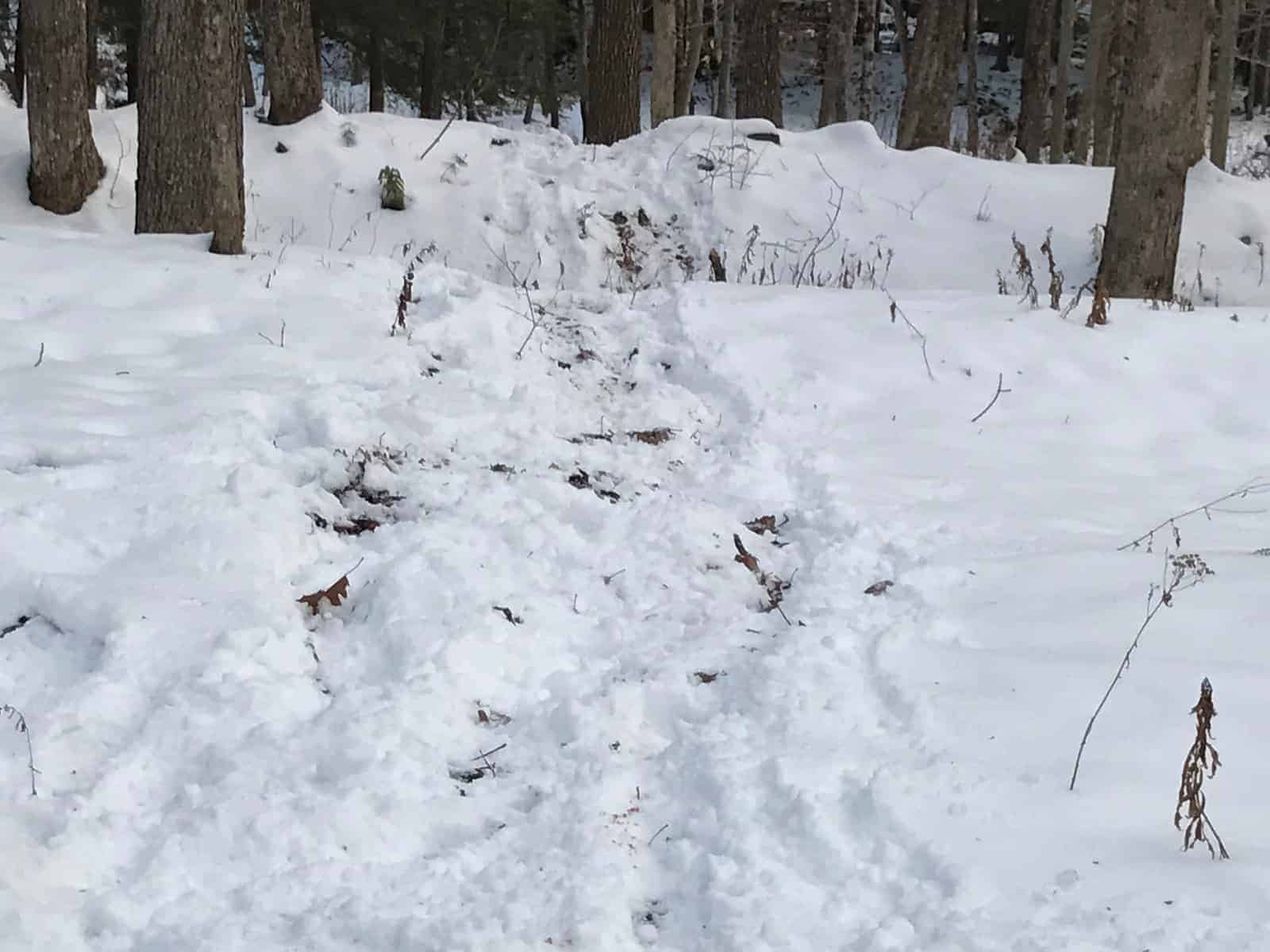 It’s too bad that the final chapter in this hunt had to play out in full view of the surrounding houses and those passing by on the surrounding dirt roads. These things happen, but I’d prefer they take place in the confines of the woods, as I am sure most of us would. Thankfully, the deer was not wasted.

I have one more season update I plan to write as soon as I have a moment. In it, I plan to revisit the high’s and low’s of the season, as well as share trail camera photos of the bucks I was after all fall. Stay tuned.

Suburban deer definitely raise concerns for safety and community relations. I have several hunts where I have to use a bow– not because a firearm discharge is illegal or dangerous– but because the gunshots are unacceptable in people’s backyards.