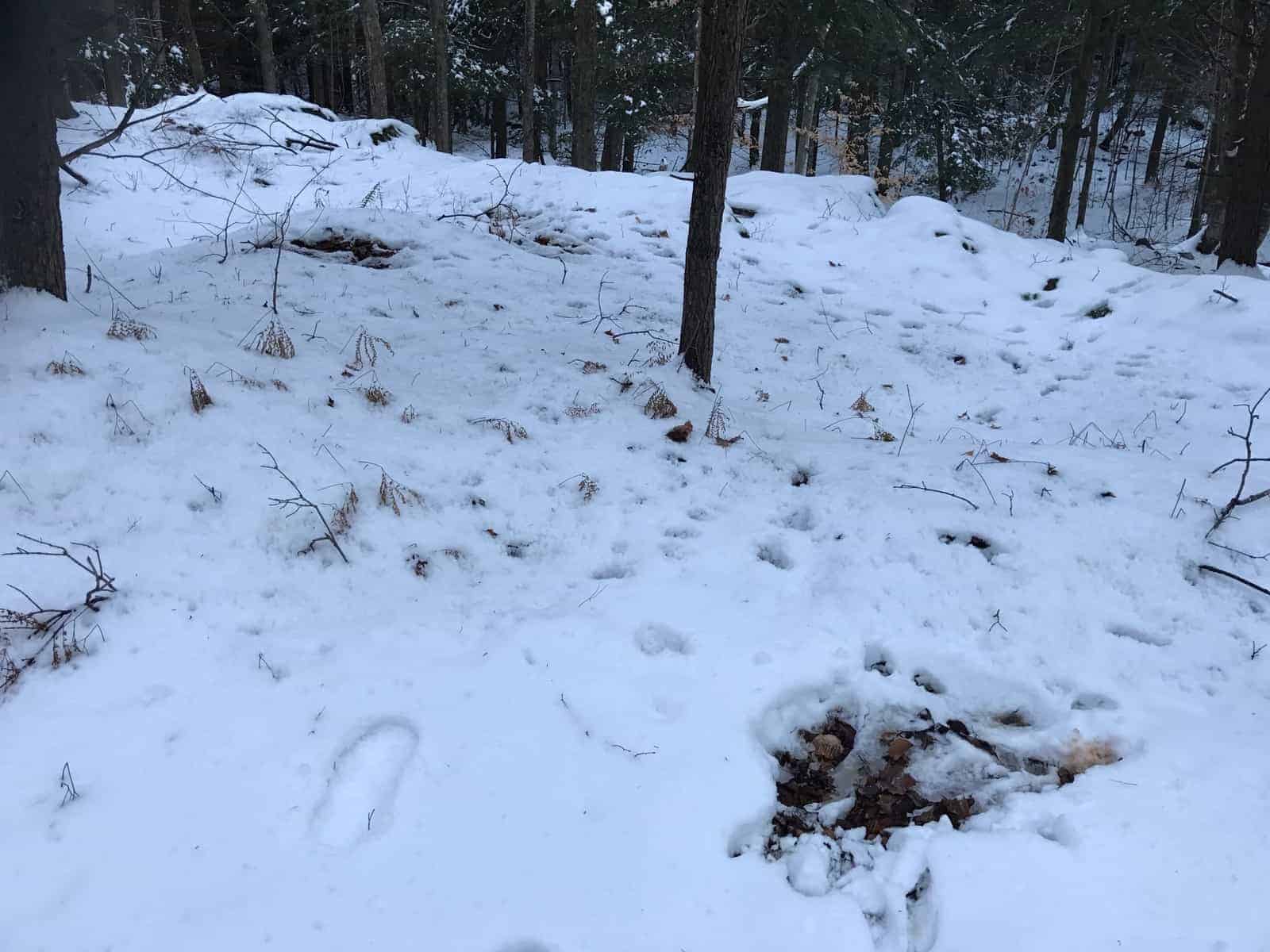 Time is running out on the 2016 Vermont Muzzleloader season. My doe tag is still unfilled, something that has me walking around looking like an angry emoticon all day and feeling like an Angry Bird that wants to topple my son’s Lego creations. A doe tag should not be this hard to fill.

It’s not like I haven’t had chances. I’ve already written about the opening day fiasco (read that here), but as the week has progressed my luck has only gotten worse. Let me be clear here, I am not complaining at all. I’m crying. There, I’m glad that’s out in the open. Now we can be honest with each other.

Short morning hunts “before” work have been the order of the week. Monday was a bust – no deer. Tuesday morning worked perfectly. Dad and I performed the same strategic hunt that worked on Saturday morning only this time it was after legal light.

Two does came jogging up the hill in my direction at a distance of about eighty yards. I bleated to stop them and they came to a standstill precisely behind a big hemlock tree. Not a problem, right? Wrong. When they started moving, I made the noise again and they stopped behind another big hemlock! After that, they ran out of my life forever.

Later that morning after I’d dried my tears, I found myself following another fresh set of tracks from a deer that I believe I pushed. I followed them anyway, as they were headed in the direction I needed to travel to return to my truck. The fresh snowfall made descending the steep hillside rather treacherous, something I proved true each time I fell on my rear. Near the bottom of the steep descent, I caught movement off in the distance and shouldered my trusty gun. Through the scope I could see the vitals but could not identify the gender of the deer. After a moment of hope, the deer ran off and ended up passing within ten yards of where I’d been standing earlier in the morning.

I take responsibility for screwing up my opportunity on that deer, though I am not sure how I could have made it down that hill any other way. Sometimes things just don’t work out.

Then there was Wednesday morning. Once again, there was fresh snow on the ground setting the stage for a morning full of anticipation. The anticipation turned into “you have to be kidding me” when I’d come across a fresh set of hunter tracks after following three equally fresh deer tracks. It was clear that my tracking job was finished as the size twelve boot prints that had stumbled upon the deer tracks had turned to followed the deer.

Ten minutes later, a lone shot rang out in the direction the hunter and deer had traveled. Was the shot from the same hunter? With the way my season has been going it probably was.

Thursday morning proved to be very active for deer movement. The only problem was that I was not hunting Thursday morning, but the snow told the story when I slipped out for a quick afternoon hunt later in the day. Nine deer beds dotted the hillside where I’ve been spending the majority of my time. Unbelievable. There were fresh tracks everywhere, but the deer were gone by the time I made it to my stand.

At this point, I don’t know what can be done to change my luck. I threatened to not shave again until I shoot a deer in hopes that would help. It hasn’t helped me at home, I will tell you that. My wife is not a fan of my unshaven face, but a guy has got to do what a guy has got to do. I wonder how nasty I’ll look by next fall.

One good thing did happen this week. My five-year-old son was upgraded from an ass to an angel in his school Christmas concert. It’s refreshing to know pure talent doesn’t go unnoticed.

And that is the story of my muzzleloader season so far. With only two chances left, my hopes are fading fast that I’ll be able to fill my doe tag. What a strange year.