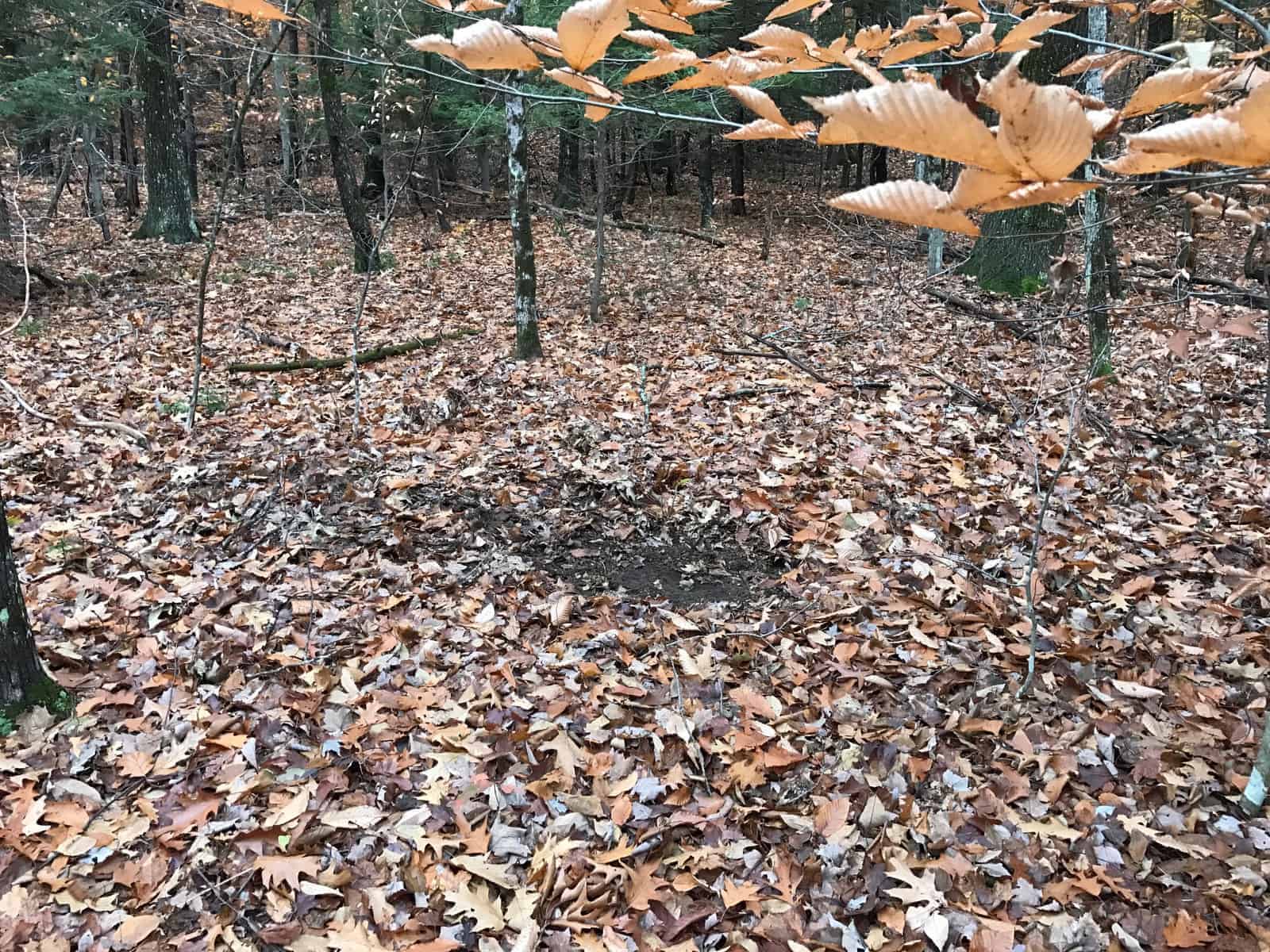 Maybe it’s the changing weather or the feeling of hunting with a firearm in place of my bow, perhaps it’s both, but I feel more excited to hit the woods this time of year than any other. Daybreak on Saturday morning found me huddled up against the base of a mature pine tree trying to stay dry in the light drizzle. As the day wore on, I was sure thankful I decided to throw on my work rain suit at the last second before leaving my truck. I looked a little silly but was dry, so I wasn’t complaining.

I was hunting the area where I’d shot the doe the previous Tuesday. There had been fresh buck sign in there at that time, and the area serves as a travel route for deer as they make their way to bed down after a night on their feet. It was the logical place to begin my 2016 New Hampshire Muzzleloader season.

A sharp transition from mature pine trees to mature oak trees runs perpendicular to the length of the ridge and provides an “edge” the deer use as cover as they navigate from one side of the hill to the other. The oaks are loaded with acorns and have plenty of deer sign around them, including fresh scrapes and rubs. I found two fresh scrapes on Saturday that had likely been made in the previous twenty-four hours. 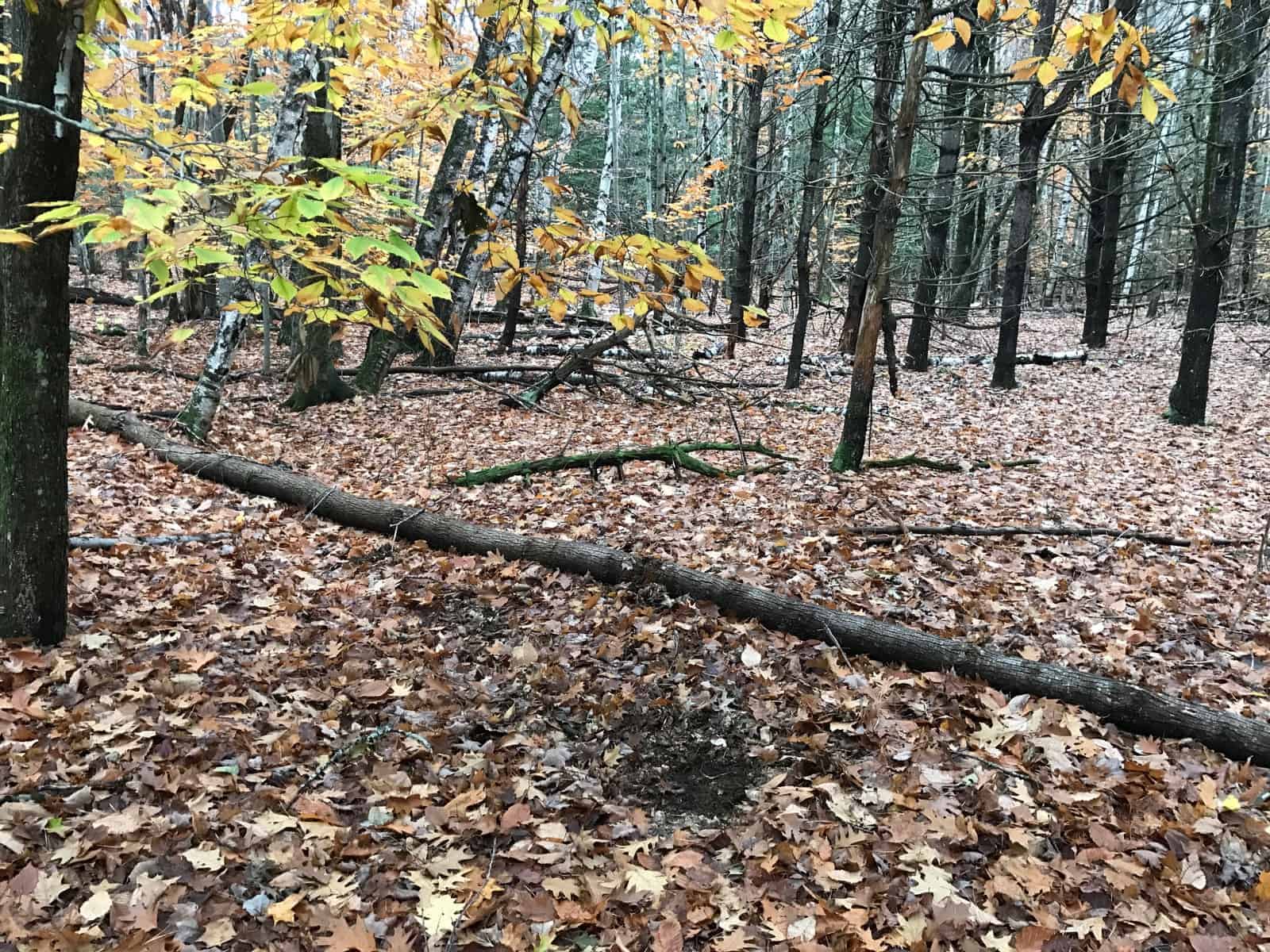 Despite the anticipation around opening day, Saturday proved to be a bust. I saw a couple of deer running through the woods just at the edge of my visible range but couldn’t tell what they were. Something scared them, but it wasn’t me. The remainder of the day was soggy and uneventful.

Sunday was slightly more exciting. I did not hunt in the morning due to church commitments, so I don’t know what kind of shenanigans took place while I was away. More than likely Mr. Big hung out there all morning. Oh well. I arrived back at the fresh scrapes around 3:15 with a plan and a perfect wind out of the northwest. This wind allowed me to slip over the edge of the hill and survey an area where I had found even more scrapes and rubs on Saturday. I was hoping to catch the buck working his way back up the hill in the evening as he checked his scrapes. 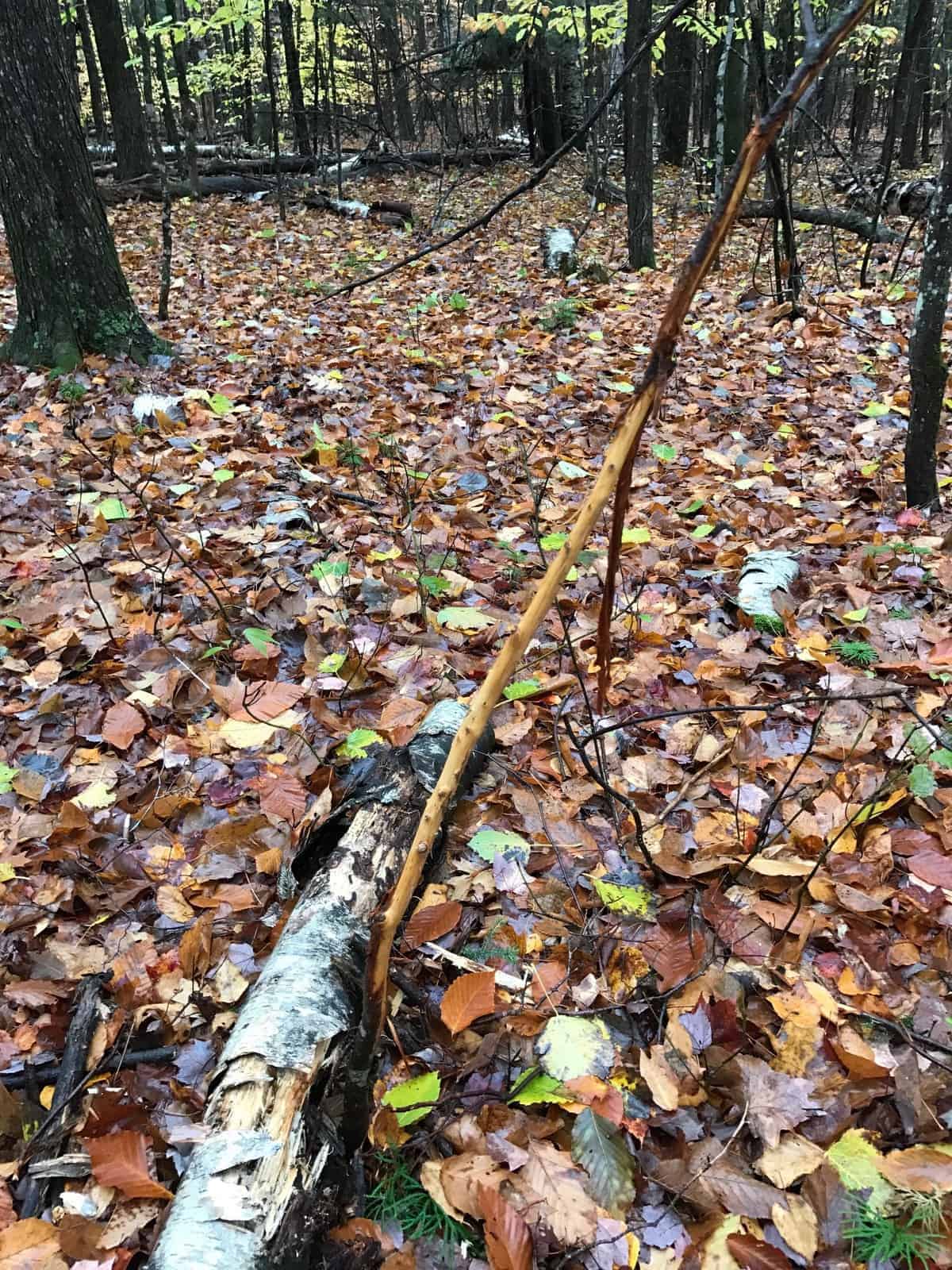 In the back of my mind I was worried he might take a different route to the top and then travel the length of the ridge using the wind to his advantage as well. Because of this, I slowly worked my way back up to the top of the hill to finish out the last hour of the day. I positioned myself fifty yards from the edge of the ridge in order to keep the wind in my favor. If the buck came up the hill as I originally thought, I’d still be able to kill him when he popped over the top. On the other hand, if he decided to cruise the top of the ridge and use the wind to scent check his scrapes or for does down below, I’d have him then too.

I walked out of the woods that evening knowing I’d done everything right, it just didn’t work out like I’d hoped. I used the wind to my advantage and had even planned for his “back door” approach. About thirty minutes before the end of legal light, I saw a big, dark form near one of the scrapes. It was pouring hard and already fairly dim lighting in the pines. By the time I found the deer in my scope it was walking off. The entire encounter was over before it began.

It sounds crazy but I know it was a buck even though I never got a look at the head. A doe would have come to feed under the oaks as I’ve already seen them do this year. This deer was cruising with no interest in feeding. It was a classic late October or early November buck putting on miles in search of love. I’ve seen that before too, and I believe I saw it again Sunday night. I just didn’t see it quite long enough to close the deal.

If he’d been ten yards closer to me I would have had a much better look. That’s hunting, though. The hardest part is that I don’t know when I’ll be able to get back out to hunt. The sign is hot now and he’s vulnerable. Argh!

Sunday night he got lucky, but the encounter gave me something to dream about until the next time I find a chance to hunt. Hopefully, that will be sooner than I think.

It doesn’t get much more exciting than hunting over fresh buck sign! I can’t wait to get back out there again..