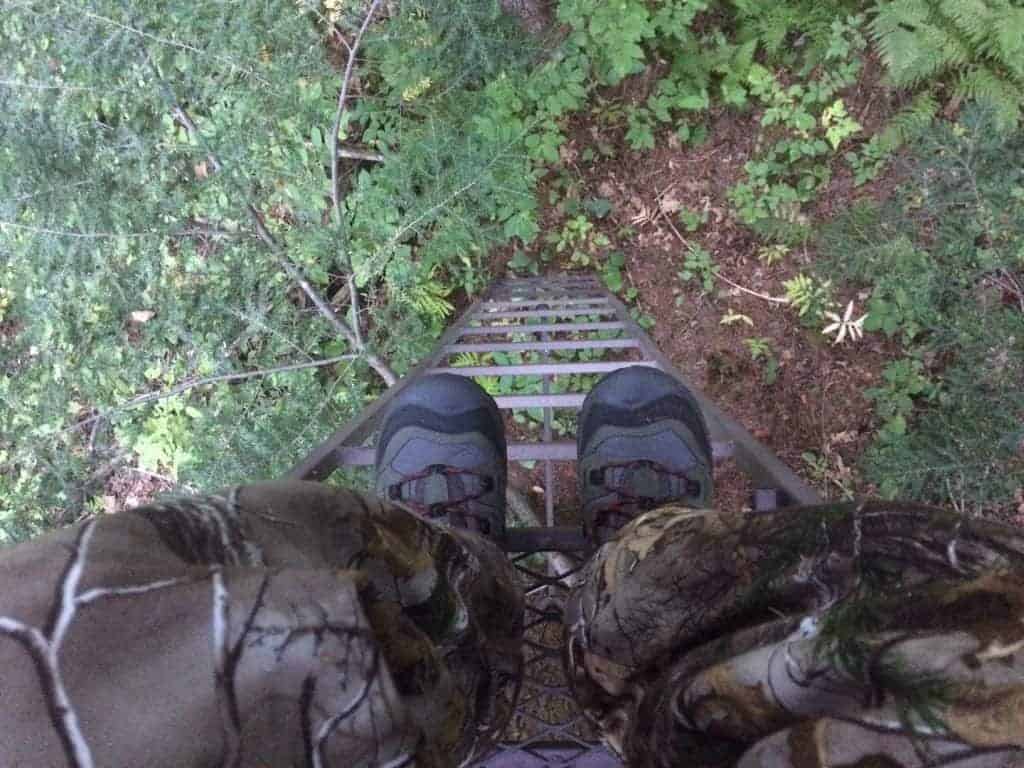 Once again we have reached the start of a new hunting season, and once again I am unprepared. Go figure. It sneaks up on me every year!

Thursday evening, opening day or archery in New Hampshire, I was able to head to the woods unexpectedly thanks to my wife’s willingness to rearrange her schedule. I have done zero scouting to date, so my plan for the first night was to wander through the woods to see if I could spot anything interesting on my way to an old faithful ladder stand. I saw some tracks and plenty of nuts, indicating that it could be another difficult year to pattern the deer thanks to an abundance of food. A plethora of food is good for the deer, but it sure can make them hard to hunt.

I’ve read that deer prefer white oaks over their more bitter cousin the red oak. We are on the northern edge of the white oak range, but the map does show that there could be some along the Connecticut River Valley of Vermont and New Hampshire. I suggest keeping your eyes peeled for one where you hunt. I have yet to find one anywhere I hunt, they are all red oaks and there are plenty of them. Without a white oak as an attractant, I focus on hickory’s during the early season. I’ve noticed that the deer prefer hickory nuts over acorns and there a number of hickory’s producing a fine crop of nuts this year as well. The problem is that there are almost as many hickory trees where I hunt as there are oaks. You can see my dilemma.

Thursday was a bust. No deer were spotted, but at least I was able to sit in a treestand and breath a breath a fresh air. It’s good to be back.

I wasn’t planning to hunt Friday either, but thanks to my wife’s encouraging words, “GO SHOOT A DEER!” I decided I better go. The weather was similar to Thursday night, in the 50’s with a slight breeze and clear skies. I didn’t expect much and decided that I would be better off still hunting/scouting to set myself up better for future hunts. I found more of the same – plenty of scattered sign, more nuts and more nuts. My destination for the evening was a small stand of hickory’s that grew along the edge of a ridge that dropped off into a mixture of evergreens and hardwood below.

Every year there is a well-worn deer trail that winds its way up the hill and passes through the hickory’s. The way I understand it, the deer bed down the hill during the day and amble up to the top of the ridge at night to feed on the nuts and some apples located a half mile away on the opposite side of the hill. The other way I understand it is that the deer use the trail in the morning as a route to bed down after feeding on apples and nuts during the night. The other way I see it is that the deer use the trail at night when I am not there. That is the theory that makes the most sense. A trail camera would help out here, but it’s not always about knowing the answer. Sometimes the theory is the fun part. Other times it is really frustrating. Maybe I’ll set a trail camera up on it. 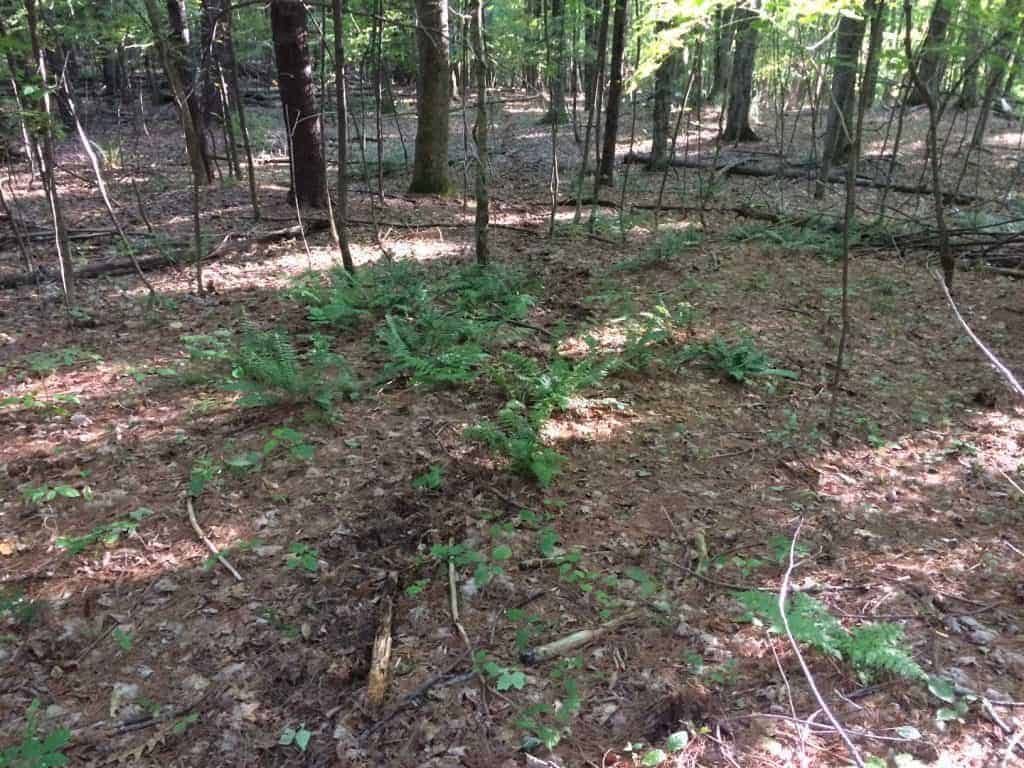 Sure enough, the trail is there again this year and shows plenty of use. I decided to set up at the base of a big maple and wait. The situation was complicated by the wind, which was blowing to the north. The south side of the trail offered much more cover for a hunt from the ground, not to mention a better vantage point. There were multiple windfalls that I could have hidden behind and white pines that shadowed the area much better than the open hardwoods on the north side of the trail. The only absolute in the set up was the wind direction, so I chose to take my chances at the base of the big maple on the north side and downwind of the trail even though I felt more exposed.

An hour before dark I noticed movement along the crest of the ridge right on the trail. Instantly my heart started beating a million miles a minute and I raised my binocs to take a look. If the deer continued to follow the trail it would pass by at twenty-five yards. But there was something disappointing about this deer. It had spots. It had a lot of little white spots. Now, I am not going to sit here and write about how I didn’t think about the tastiness of the wee one in front of me, because I did. But there was just something telling me that it wouldn’t be good if I showed up at a check station with a spotted deer. I will tell you this, I sure am glad that deer hadn’t shed its summer coat yet because I totally could have seen myself misjudging the size of it since it was all alone. I am not above admitting that. At least the drag would have been easy.

I found it odd that it was all alone. Momma never showed and an hour later it came running back by me and back down over the hill right at dark.

Having located the “herd”, I decided to dust off my climber Sunday afternoon and set up over the trail. I didn’t see a thing, but I did get very sweaty on the hike in, so at least there’s that. Some cooler weather sure would be nice. Supposedly it is on the way…

My plan this fall will be to update you on my hunting adventures twice a week on Monday and Thursday, just as I did last year. If I can, I’ll also throw in another post from time to time. Be sure to like The 4 Pointer on Facebook or Subscribe so you don’t miss a beat!

Are you posting attention to the wind direction as you approach your hunting area? You could be blowing the deer out of the area before you even get there. One sign that deer are using a tree as a food source is that the ground will be torn up from all the traffic under the tree. Hope that helps. Good luck!

I’m always aware of the wind direction when still hunting so I don’t think that was the case this time because I did approach from the downwind direction. They just weren’t there. It’s big woods so they have a lot of room to roam. Maybe I’ll get one next time…