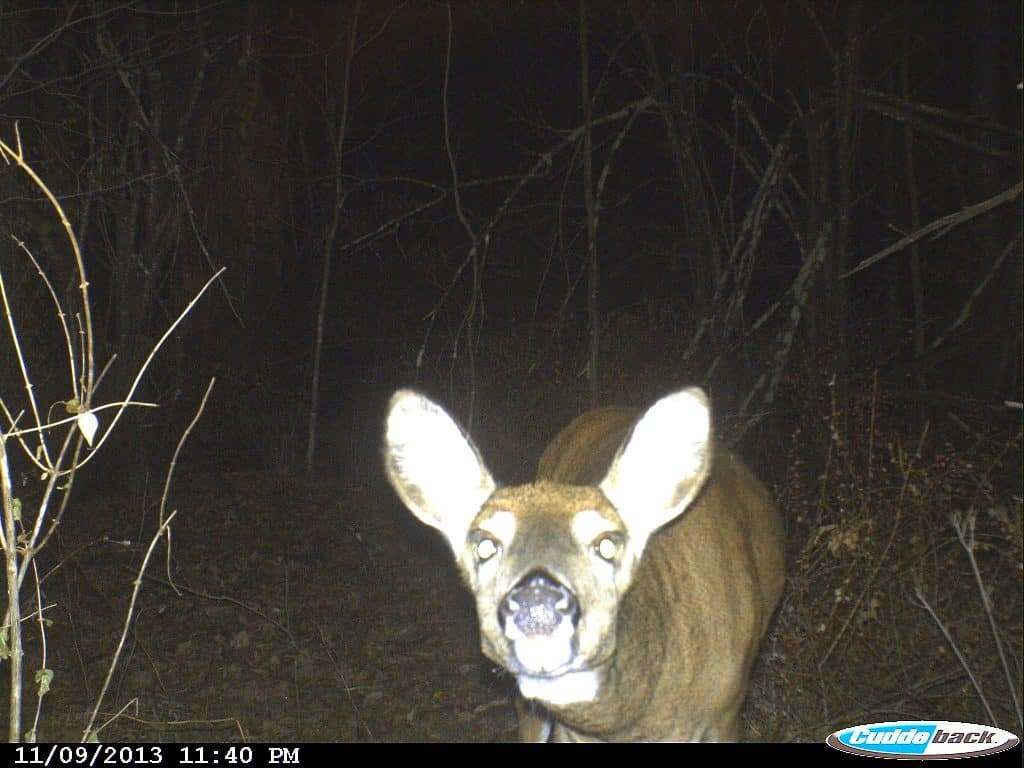 I recently read that New Hampshire’s deer archery kill is down 22% or something like that. Hunters everywhere are baffled. “There are no deer! This proves it!” In Vermont the arguments are the same but worse. I’ve got news for all of you – this is not complicated to figure out. The archery kill is down because I haven’t been hunting in a week and a half. Duh. And before that I was being super picky about what I was going to shoot. I didn’t see hardly any deer, but that has nothing to do with it.

New Hampshire’s archery season opens on September 15th. I have a self-imposed rule of only shooting big bucks in the early season, mostly due to very little time and not having a cool place to hang deer in the early season heat. If I’m going to kill a deer and rearrange my entire schedule to take care of it, then it’s going to be worth it. My early season strategy works really well for keeping my optimism up because when I don’t see any deer, I remind myself that I’m not there to see lots of deer, just the right deer.

On the first Saturday in October I decided it was time to take things a bit more seriously. I switched up my strategy from hunting only big bucks to one that included big bucks, does, little bucks, or a fawn if one of those would walk by. At that time, I had one camera that had regular evening activity on it of small bucks and does feeding on the average acorn crop. I grabbed my climber and left my wife behind with three children in need of fresh venison.

Finding the right tree proved more difficult than I thought it would be. The first tree was in the perfect spot, but as I attempted to set up my climber I realized it was too big. I realized this when the cable wouldn’t reach around the tree. It was really obvious at that point. Not one to give up easily, I located another tree 10 yards away. This one was one of those three trunked jobs. The trunks split low enough at the base where I was able to get my climber on one of the trunks and then could hide inside the three trunks when I was high up. Totally radical for a climber setup. The only problem was one of the trunks was dead and the others were iffy. I realized that when I was halfway up. The one I climbed looked solid from the ground and the crown had plenty of leaves on it, but it just didn’t feel right, and dying from a treestand fall wasn’t on my agenda for the evening. So I climbed down.

The last tree available was a skinny little joker that would leave me hanging out in the open, but by now it was closing on that time when I should’ve been in the tree. So, I climbed it and hoped for the best. At least it was alive, so the threat of death was low.

Cell service was iffy, which forced me to pay attention more than normal. It’s a cruel world these days. Like clockwork, I heard a deer approaching right where I expected them to come from. The wind had been iffy all night – I expected the deer to come from my 11 o’clock and the wind was blowing roughly in the direction of my 11:01. The deer, however, came from my ten o’clock and worked slowly toward my 9 o’clock. I stood up, took my tag and pen out, and prepared for the obvious.

It was a big fat doe, all alone and looking for a freezer to call home, and she was headed straight for me as if she was on a string. “This is too easy,” I thought to myself.

It appeared she was going to either pass right underneath my tree behind me or just out in front of me at 5-10 yards. I mean, how easy could this get? Then, for no reason whatsoever, she stopped at 22 yards from me, facing me and obscured by some leaves. “What in the tarnation….” I thought to myself.

Then for even less of a reason, she turned and started walking 90 degrees to me on a trajectory that would take her perfectly downwind from my sweet-smelling self. “No, no, no. Don’t do that.” I thought to myself.

Sure enough, she caught wind of something she didn’t like and skipped forward 15 yards, coming to a  stop out of range. She milled around for quite a while and eventually walked off and out of my life forever. Emotions of anger, disappointment, and frustration were flowing out my fingertips as I stuffed my tag back in my wallet. THERE WAS ABSOLUTELY NO REASON THAT DOE ACTED THE WAY SHE DID!

I don’t even want to hear that she had some sixth sense or something dumb like that that clued her into my presence. She got straight up lucky. If I wasn’t in the mood to shoot a doe before I surely was after that. So in the mood was I that the next chance I had to hunt was in a downpour, but I went anyway. I stood there for two hours, got soaked, didn’t see anything, and felt like an idiot. That’s often what we picky big buck hunters experience, though. You can’t see deer every time. It’d be too easy if that was the case.