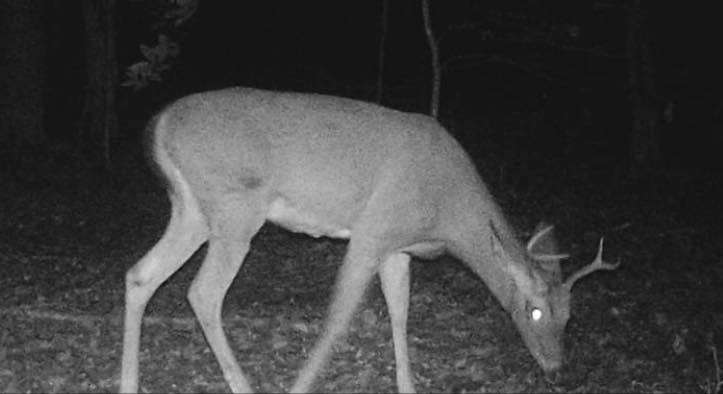 I used to consider myself an outdoor writer, or at least an aspiring one, or at least a pretending one.  Then things kinda got difficult. Cancer stole my mom, my wife and I welcomed the arrival of our third child, and COVID has made things much more challenging at work. All that to say is that each time I thought about sitting down to write something in the evening, I didn’t have anything left in the creative after the kids were in bed.

And yet here I am slowly being pulled deeper into the throes of the 2021 deer season with an increasingly strong desire to share what I’m experiencing with someone other than my wife because let’s be honest, she doesn’t really care all that much. I can only tell her how many newts I counted while on the way to my stand so many times before she loses interest. “You ever actually going to shoot a deer or count newts?” After all these years she’s still a non-believer in my abilities.

My resolve has never been stronger to prove her wrong. It started about a month ago when I finally found the time to retrieve a camera I’d hung last November. It’s pretty far out and after I filled my firearm tag in New Hampshire last year I never could find the time to get it. I kept my fingers crossed all year that it survived the thieving jerks that like to steal cameras and much to my amazement it had. Even more amazing was that it was still taking pictures and had good looking bucks on it. It even had a picture of a 4 pointer on it. Be still my heart.

I was smitten. Bucks have been on my brain ever since – one in particular. So smitten am I, that all three of my kids have been yelling at me at the same time and I haven’t even noticed. If you know my kids, that’s quite an impressive feat.  A few nights ago I studied topo maps of the area, convinced I was missing some obvious clue about his routine. “If I could find where he’s bedding, I can improve my chances,” I thought. Then it hit me like a punch to the face. So, I quit studying the map long enough to pin my almost four year old son to the floor to teach him a lesson. This wasn’t a time for wrestling.

“Don’t hit me in the face while I’m trying to figure out where big bucks are bedding!”

Having established my dominance yet again, I returned to studying the map. Lo and behold, I discovered a terrain feature I’d never noticed before. A twenty foot high mound surrounded by swamp and brush directly in line with where I thought the buck was headed each morning seemed like the clue I was missing. I determined right then that I had to check it out the next morning. I didn’t have much time so the plan was to make it more of a scouting mission than an actual hunt.

After hiking forty-five minutes in the dark, I decided that scouting in the dark was not that productive and I sat down to wait for light to break. I’d never been to this mound of earth that held the secrets I’d long been in search of, so I wasn’t convinced I could find it in the dark. Actually, I was convinced I couldn’t find it in the dark, which is why I sat down and waited for light. Morning darkness dragged on forever. Like, forever. Probably because I was so full of anticipation at what I was going to find.

Finally, it was light enough to press on without the aid of a headlamp. Headlamps tend to make deer nervous, I’ve found, but that’s not necessarily the case for the scary animals. On my previous hunt, I saw two beady eyes staring back at me in the light of my headlamp, with the approximate spacing of mountain lion or grizzly bear eyes and refusing to run away. After a lengthy stare down, it finally left and I continued on, nervous but proud for winning a stare down with a mountain lion grizzly bear cross breed freak of nature.

Headlamps are also helpful in preventing low hanging branches from stabbing you in the eye in the dark of night. Do you ever wonder how deer run through the woods at night without getting stabbed in the eye? They don’t have headlamps but every deer I’ve seen in the wild still has two eyeballs. It’s one of the seven wonders of the natural world. As soon as I make the decision to click off the light I take a branch to the pupil in no more than ten steps.

I picked my way through the brush and various creek beds until eventually arriving at the mound I discovered on the topo map the night before. What a spot. My intuition had been right. If ever there was a place for a big buck to bed this was it. A big buck could lay here all day, staring out over the flat in front of him while protected by a thick swamp behind him. The only thing that could possibly sneak up on him here was a hunter willing to get up early enough to hike an hour in the dark and brave enough to stare down mountain lion grizzly bear crossbreeds. There was only one problem. There was virtually no deer sign. No beds. No rubs. Nothing.

I felt disillusioned but ironically in very familiar territory. I’ve been in many places where big bucks don’t exist and even spent a lot of time in those places. Much more than I should have, especially with the goal of shooting a big buck. I lingered a while longer in the buckless land in order to keep up my reputation and then started the mile plus long trek back to my truck. On the way back I checked a trail camera and discovered a nice up and coming buck had worked over a mock scrape I made a few weeks earlier.  He’d been there two evenings in a row about forty-five minutes before daylight. With cooler temperatures setting in and an increasing desire to replenish my venison supply, I felt my release finger start to twitch as I looked at pictures of him.