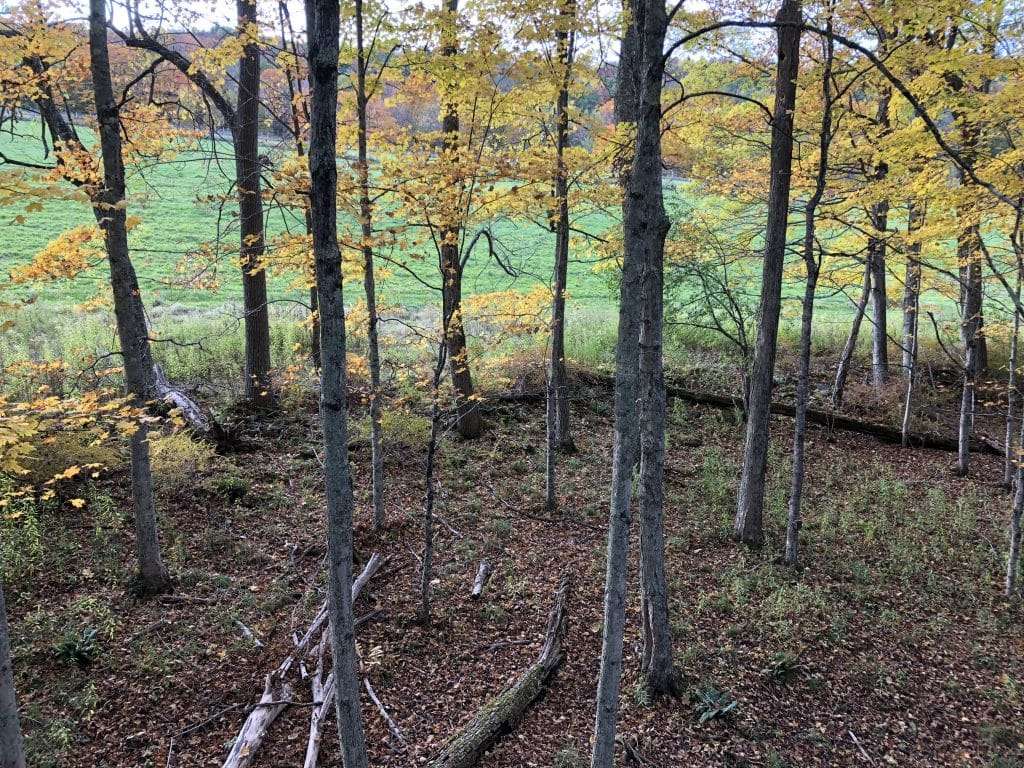 It was Albus Percival Wulfric Brian Dumbledore, the famed headmaster of Hogwarts School of Witchcraft and Wizardry in the fictional Harry Potter series, that so wisely stated to a young Harry Potter, “The time is coming when one must choose between what is right and what is easy.” In the movie, Dumbledore was referring to the looming battles that would take place between good and evil, but I can’t help but think he was also referring to difficult decisions that hunters must make during hunting seasons when food supplies are ample. That’s what I thought when I watched it the other night, anyway.

At a recent birthday party for Oliver, my recently christened two year old son, I used Dumbledore’s words of wisdom to try and convince my father to try some new spots instead of returning to the same ladder stand each evening that has shown no sign of deer activity around it this year. Sure, it’s easy to get to, but it’s not producing anything yet. My father, taking my borrowed words of wisdom to heart, decided to hike further into the woods to expand his horizons the following evening – otherwise known as doing what is right. He didn’t see a thing thereby affirming that it’s probably not worth taking advice from me.

I have hunted only six evenings since archery season opened in New Hampshire on September 15th. Three of the hunts were in New Hampshire, two of which could be better described as scouting missions, and the other three have been in Vermont. I decided to spend more time in Vermont this year because I picked up permission to hunt a new piece of property where the landowner has had some issues with the deer eating everything he plants. He wants fewer deer in his field, and I want more deer in my freezer. It’s a good deal for both of us. It’s a small piece of property that’s mostly field with about six acres of woods surrounded by posted land on most sides. I’m still learning the quirks of the land.

There are a lot of deer that pass through so it’s a great place to procure some venison. In three sits I’ve seen ten deer – two the first evening, eight on the second, and a big fat zero on the third. My trail camera affirms that the deer are plentiful (even the bucks!), but unfortunately so is the human activity at the worst time. Twice now I captured pictures of someone walking with a dog during the last hour of daylight right through an area that had deer pictures on it seventy-five percent of the evenings in September. It’s not as if the deer are scared away for good by the presence of someone walking a dog, but they certainly aren’t going to stick around and give bro hugs. They always come back but not until another day or after dark.

I suppose this is what comes with the territory when hunting small urban properties and rolling it with it is part of the game. But it can be frustrating to have someone walk through with a dog and ruin your hunt when your opportunities are limited. It makes me think twice about deciding where to hunt. I’m used to hunting farther off the beaten path.

Despite the challenges that come with hunting a property like this, I have been seeing deer. The second hunt was the most fun. I set up twenty yards in from the field edge and watched five deer feed in the field for close to an hour, but it didn’t take too long to realize that they were content and would not be coming my way. I watched the clock tick on my phone, and when the end of legal light arrived, I packed up my things and lowered them to the ground.

No sooner had my bow touched the ground than I heard the wonderful sound of deer trotting through the dry leaves in my direction. I sat down and watched as three deer popped out of the hemlocks right under my stand and started to feed. The largest doe in the group was less than ten yards from me. It was still plenty light enough to see even though the clock said my hunt was over.  No matter, it was still fun to see them, but I couldn’t help to think that if they’d only come five minutes earlier I’d have a truck bed full of venison to bring home!

I failed the test of sneaking back to my truck without scaring off all eight deer. Two weekends from now is Youth Season in New Hampshire. I am looking forward to that more than any bow hunt I’ve dreamed about going on this year. My only concern is how difficult of a time we’ve had locating the deer over there. Hopefully, I’ll be able to put Sam on a deer, which is why I’ve considered only giving Vermont another chance or two with my bow and then turning my focus back to New Hampshire in the lead up to Youth Season. I’ve got a couple of cameras over there that I haven’t checked in a few weeks. I’m curious to know what might be on them. Maybe something good, maybe not. Either way, it’ll be helpful for figuring out where to set up with him come daybreak.